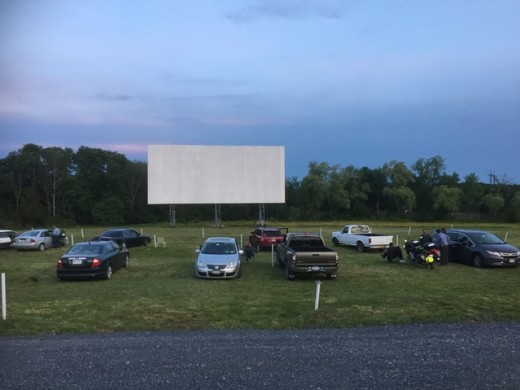 We’re lucky here in Upstaterland. Not only do we get pretty mountains and valleys, we also get to choose between two drive-in movie theaters for some summer evening entertainment of the retro variety. There’s the Hyde Park Drive-In in Dutchess County, and there’s the newly-reopened, freshly-revamped Greenville Drive-In in Greene County. The Greenville has suffered some ups and downs, but, happily, it’s open again, thanks to the efforts of a Kickstarter campaign by its new owners Dwight Grimm and Leigh Van Swall. But they didn’t plan to enter the drive-in movie business. According to a recent article in Catskill Eats, Van Swall and Grimm bought the place so they could make hand-crafted vermouth. How did they end up turning the Greenville around? You’ll have to read all about it. Meanwhile, great things are in store for the drive-in. Van Swall and Grimm built a beer garden out of wooden pallets (add that one to your to-do list), and they’re including concessions that are locally-produced, as well as their own non-alcoholic festive beverages (they’re still working on that whole liquor license thing). “We’re trying not to be so much a straight-up movie theater, but more of an event venue with movie-showing capabilities,” Grimm told Catskill Eats. “We’re having a lot of fun with it.” Well, if they’re having fun, so can we. This weekend, Ant Man is on the Greenville’s big screen, but keep checking their schedule to find out what other events are on tap for the Greenville Drive-In (GMAP). To quote our favorite critic, see you at the movies! 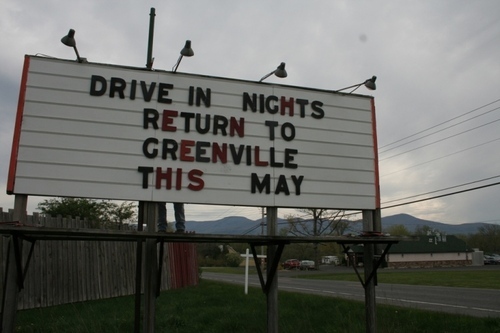