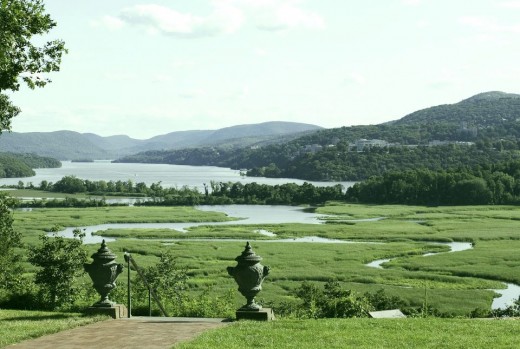 With the stunning resurgence of the Hudson Valley, I’ve been hearing whispers among people throughout the region asking “could it be another Napa or Sonoma?” In my opinion, it’s a difficult comparison to make. When I came here in the late ’90s, the region was still reeling from the loss of IBM. Since then we’ve seen a lot of development, with some things coming along faster than others. There are a couple of factors that will affect the Hudson Valley’s potential to become a prominent tourist destination like California’s wine country. The first is investment. Investment in the Hudson Valley has increased exponentially over the past decade. New York City residents, developers and investors have recognized our region as an attractive alternative to the Hamptons. Investment should continue to grow with time. The second factor, which hits much closer to home, is draw. 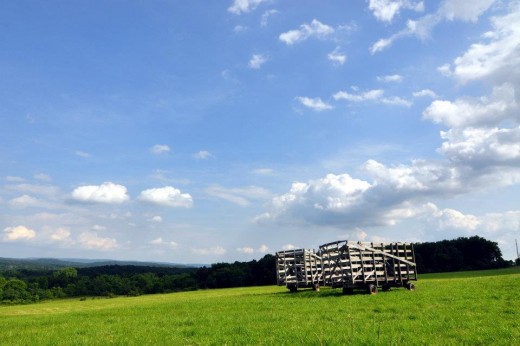 One of the fields at Sprout Creek Farm

So what does the Hudson Valley have to offer visitors? The obvious answer is gorgeous natural vistas and resplendent, lush landscapes touted throughout the world. And then there is what this article is really about: we’re in the midst of a food revolution and this region is one of its epicenters. When I first arrived in the Hudson Valley, there was so much agriculture that many restaurateurs didn’t seem to pay any mind to the abundance around them. I thought, “hey, let’s use this stuff,” and over the course of time many local chefs have followed suit. Much of the Hudson Valley’s food revolution has been fueled by the Culinary Institute of America in Hyde Park. It’s often overlooked as one of the principle tourist attractions in the area, but it actually draws a huge number of visitors every year. That’s to say nothing of the influence it has on local cuisine and the almost constant supply of classically trained chefs for local eateries. 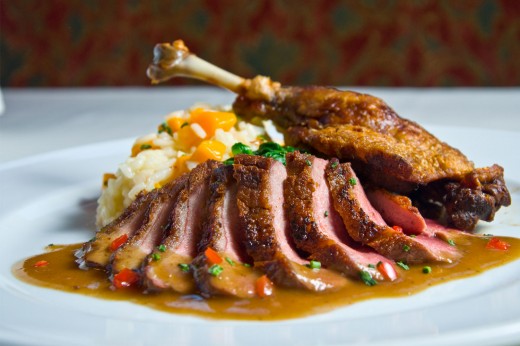 As the owner of Terrapin Restaurant in Rhinebeck, I’ve seen this influence firsthand. The CIA boosts the perception of the Hudson Valley as a destination for great food, and the availability and proximity of locally grown ingredients go a long way in delivering on that promise. Many of us take it for granted that the restaurants we often dine at use seasonal produce from local farms, but nationally this is the exception. The increasing popularity of local food in the Hudson Valley has generated ancillary industries as well, including breweries and vineyards. With well over a dozen breweries, the Hudson Valley is one of the best places in the world to be a beer drinker, and the numerous vineyards and quality of our wine has increased dramatically in recent years. Thanks to some forward thinking legislative maneuvers, the industry for spirits has recently exploded across the region. Local distilleries are offering incredible liquors, like Hillrock Distillery’s whiskey, which my co-writer has written about already. Hillrock goes so far as to grow and malt their own grains. 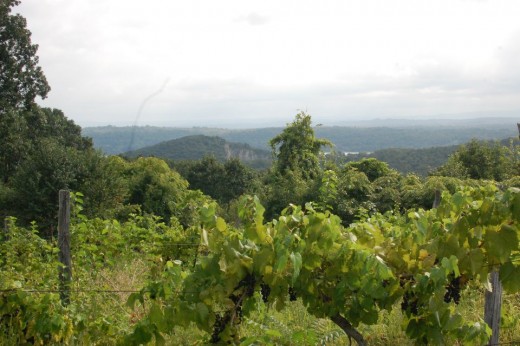 Some of the vines at Benmarl Vineyards in Marlboro

So with all of this growth, could the Hudson Valley really become another Napa? My answer is that it doesn’t matter. Every day we’re becoming increasingly renown for making incredible food from local ingredients, and for producing excellent wines, beers and liquors crafted with the same ethos. We are making a name for ourselves, and while it may not be Napa’s, it’s definitely delicious.

Chef Josh Kroner has been a driving force behind the farm to table movement in the Hudson Valley since he opened Terrapin in 1998. As executive Chef/Owner of Terrapin Restaurant, voted Best Restaurant in Dutchess County in 2013 & 2014, he continues to please Hudson Valley diners with his New American cooking, blending aspects of French, Southwestern and Asian cuisines, and local, organic ingredients. He currently serves as a board member for Hudson Valley Restaurant Week and was awarded the 2014 Victoria A. Simons Locavore Award.