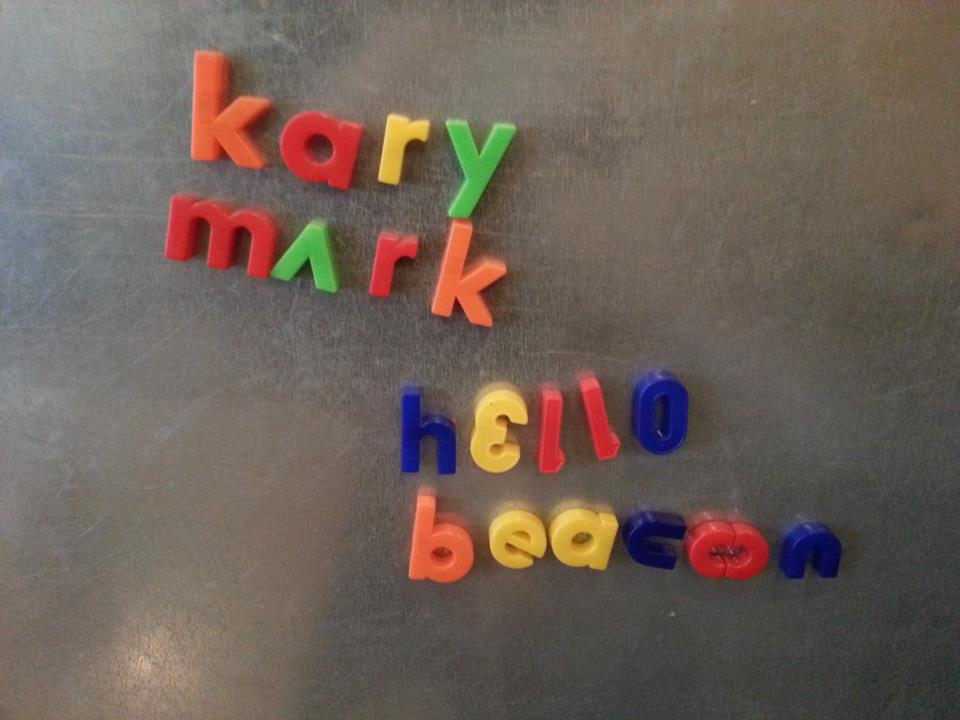 The weather’s been cold and snowy for the most part, which we love. But it means we haven’t really done that much in terms of exploring the area. Which is probably a good thing. Moving in the winter means you have more time to unpack, decorate and build your nest. Spring will be here soon enough and it’s my goal to have the last photo hung on the wall!

So how are we doing as we create a new life, new schedules, new systems of living in a new place and home? I thought I’d talk a little about that here…

I’ve commuted a few times into Manhattan as I get settled in to my new job. Not every day or even once a week. But at least 5 or 6 times since I’ve started. The commute is pretty easy. Trains come every 15 minutes or so during peak hours. I don’t buy a monthly pass since I go into Manhattan so infrequently. We live about a 10 minute drive to the train station and its another 20 minute subway ride from Grand Central to my office in downtown. So all in all, it takes roughly 2 hours. That seems like a lot…and it is. But since I do it so infrequently I can’t complain. I found a helpful little iPhone app called onTime that I highly recommend you get if you move up here and use the train to commute. It provides all the upcoming train schedules and even provides a count down, letting you know how many minutes you have until you’ve missed your train. The only thing that would make it better is if it provided track information on the Grand Central to Beacon side of the commute.

Driving in a Strange Land

Getting around in a new area can be daunting. Particularly when you’re dealing with mountains and farms that make getting from point “A” to point “B” rarely a straight shot. Since Apple has allowed Google Maps to be installed on the iPhone, the world is a much easier place to drive to. Using the turn-by-turn VERBAL directions make it really easy to drive to a place you’ve never been to before…even if you’re driving alone. Again…if you move to a new area ANYWHERE and have to drive…get this app and use it. It’s FREE! I would suspect that Garmin and other GPS devices will go to the technology graveyard very soon.

Who Shovels All that Snow?

Yeah….this is one of those things that make living in a NYC apartment with a Super in the building a wonderful thing. The snow falls? He shovels the sidewalk and spreads the salt. When you rent or own your own home? You do it. Luckily, our landlord plows our driveway which is  a very good thing since it is a very looooooong driveway. But the sidewalks here are long and so is the area getting to the car…so we have done our fair share of shoveling and spreading salt. Unfortunately they do NOT have an app for that. But it is surprisingly addictive to do. My suggestion is that when it snows, no matter what time it is….go out there and shovel it off the path and spread some salt as soon as possible. We made the mistake once of thinking we’d wait until it completely stopped snowing. Bad idea. Snow turned to rain then quickly froze over again. What would have been nice fluffy snow to move turned into solid sheets of ice. So we bought an ice chipper and really had an excuse to get our aggressions out. Again….addictive but it gets old when you have such a large area to maintain.

Where Do We Shop?

For the most part, we do most of our grocery shopping at Adam’s Fairacre Farms over in Wappinger Fall. It’s a great store and has most of the things we need. We’ve also been going to the Beacon Farmer’s Market at least every other week. The local Key Food on Main Street fills in when we need something in a hurry.

We’ve also discovered that some places are actually easier to get to in Newburgh on 300 rather than traveling up Highway 9 to Poughkeepsie. The only downside is you have to pay a $1.50 toll to get back into Beacon. So get an E-Z Pass if you move up here and drive. It will make your traveling around much easier and you don’t have to remember to bring cash with you.

There is so much more to write about and I hope to get back to writing on a regular basis soon. But in a nutshell….we still like living here. We are happy we made the move. We are excited about the Spring so we can explore more of the area. And we love living in a house, even if we do have to plow our own snow.