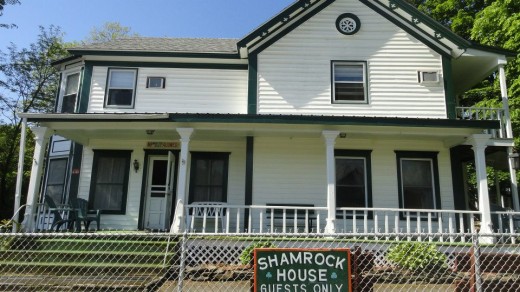 Earlier this week, we got a link in our inbox to a story that the Shamrock House in East Durham had filed for bankruptcy. Well, it did, but that was back in 2009. Since then, we’ve discovered, the place was purchased and renovated by a couple, and business is booming. They wrote in to tell us this:

“We are incorporated under the name Mushy, Inc. DBA The Shamrock House… The business we purchased operated under the name Shamrock House Inc. and did in fact file for bankruptcy protection in June 2009. After 73 years of operation we felt we should keep the name as close as possible to the original so we added “The” to the Shamrock House name to differentiate ourselves from the previous owners.  We have been doing fantastic business wise and have continued the Irish Heritage the Kellegher Family as well as the entire Town of East Durham nutures and loves so well ever since taking over in January 2010. ”

So, rejoice, upstaters. And go visit.