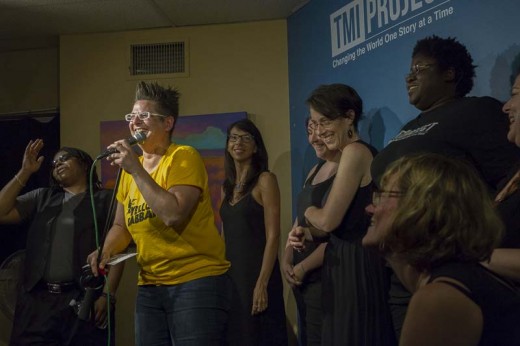 I’m not someone that’s often described as sentimental. I remember recently deflating a room after receiving a birthday gift and saying casually “I hope you’ve kept the receipt, I’m not going to use this” (I wasn’t, and I know it wasn’t cheap). I’ll leave it up to you whether it’s practicality or a personality flaw, but it’s why I only agreed with trepidation when I was invited to TMI Project’s “Tragedy + Time = Comedy” last Friday. I’d become familiar with the organization through working with Upstater, and had always had a lot of respect for what they were doing. But as a recovering cynic I always figured “it just wasn’t my scene.” I’m happy to report, faithful readers, that boy was I wrong. From beginning to finish, every performer was immediately engaging (not to mention hilarious), and instead of resorting to the low-hanging fruit of mawkishness, the entire show leaned comfortably on a strong foundation of being just genuinely entertaining and fantastically performed. 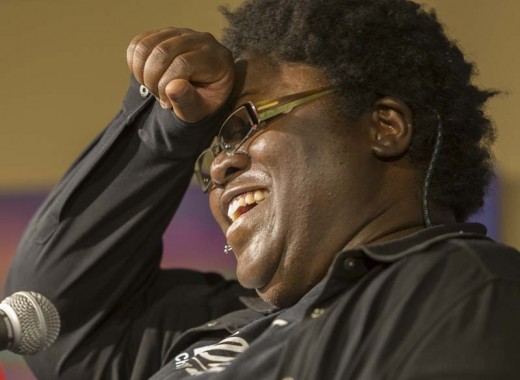 Rachel Bailey illuminates what love is like for the socially awkward.

Cynic or not, you’ve got to admire the hardworking folks at the TMI Project. For several years now they’ve been working with the community to offer memoir and monologue workshops to people who want to share their stories (and to many that are afraid to). They reach out to many of the groups whose stories are silenced or repressed in our society, like schoolchildren, members of the LGBT community, and prison inmates. Headed up by the dynamo executive dream team of Julie Novak, Eva Tenuto, and Sari Botton, their mission and their message continue to expand and thrive through workshops, community outreach, and performances like the one I attended Friday. 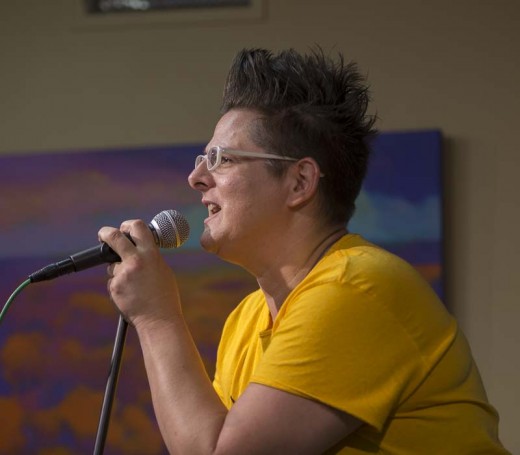 Julie Novak, one of the co-founders of TMI Project.

We arrived just a couple minutes before the show began and took our seats in an unassuming space in midtown Kingston. At this point I still had no idea what to expect. However, from the moment the inimitable Julie Novak took the stage any misgivings I had instantly dissolved. She commands attention and engagement, and somehow simultaneously helped to establish a tangible sense of occasion as well as a comfortable casualness, which were elements present throughout the show. Performers took their place on the stage in turn and maintained that engagement as one after the other carried the room. 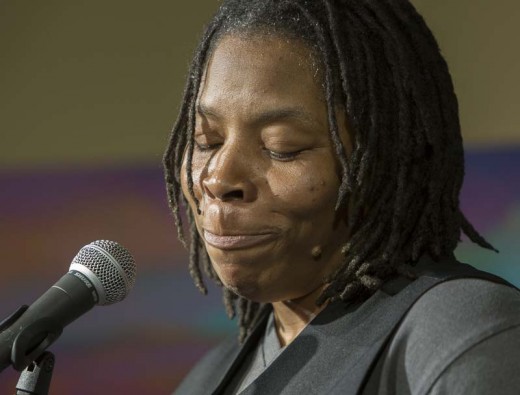 Jessieca McNabb teaches us to avoid the pitfalls of judging a book by its cover.

There were no dull points, and much to my relief, no entreaties to pity or sympathy, no banal sentimentality. These were some damn strong people (and I’m not just saying that to keep from getting laid out on the basketball court). Even some of the tougher stories were told with charm and grace, and each was delivered with it’s own respective brands of abundant humor. I can’t remember the last time I laughed so much. These were stories and performances that could (and did) succeed on their own, as perfect, polished units. 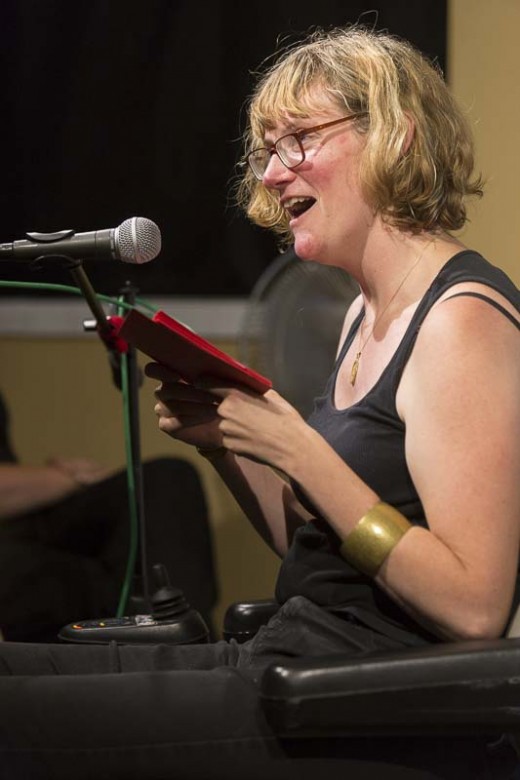 Sage Jobsis expounds, among other things, about the finer points of extorting beverages.

So if you, like me, had heard about the TMI Project and wondered whether “it just wasn’t your scene,” I’m here to tell you that it is. If you like being entertained (and if you don’t there’s no hope for you), it is definitely your scene. The coolest part is that these folks aren’t operating nationally or in some distant, disconnected metropolitan area, they’re right here in the Hudson Valley. If this is the outstanding level of polish and sincerity our region can produce then I’m damn proud to call it my home. If I enjoyed myself as much as I did, I can say for sure that everyone would, and I’ll be hawkishly checking their schedule for the next show. Here’s to you TMI Project. 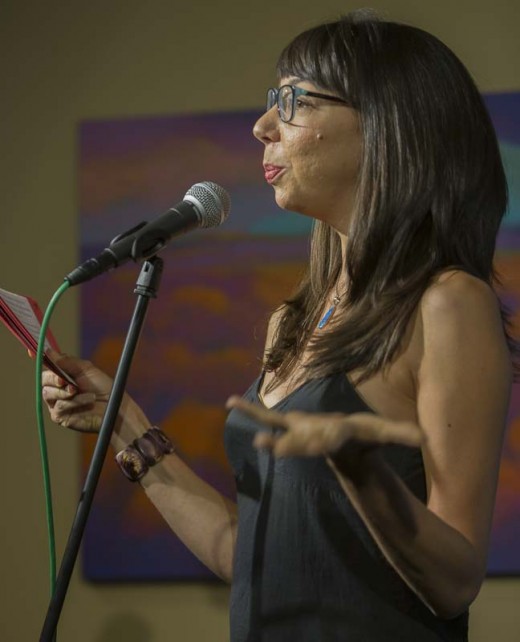 Sarah Jacob speaks about overcoming perfectionism with the help of a dog that precludes it. 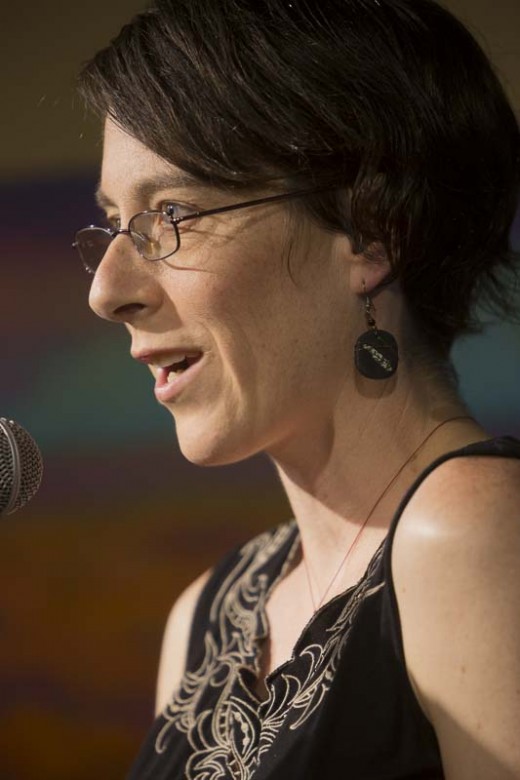 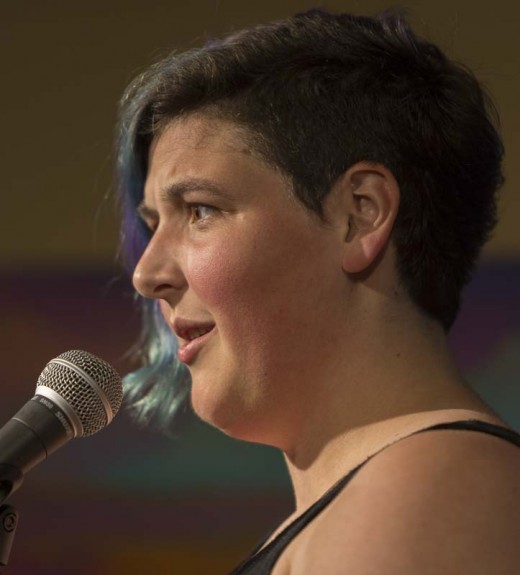 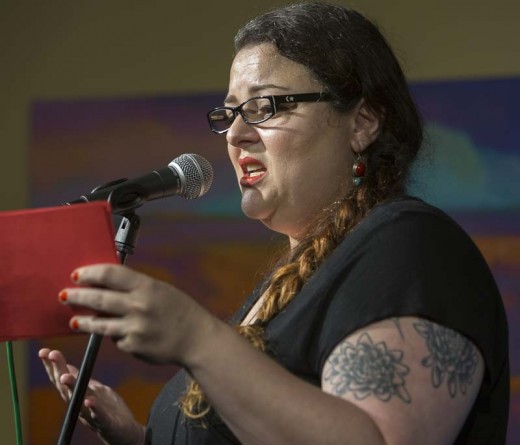 Nora Snow explains what it’s like to be the odd man in.

P.P.S – Thanks to Stefan Lisowski for all of the fantastic photography. You can view more of his photography at his website. This is one talented community.