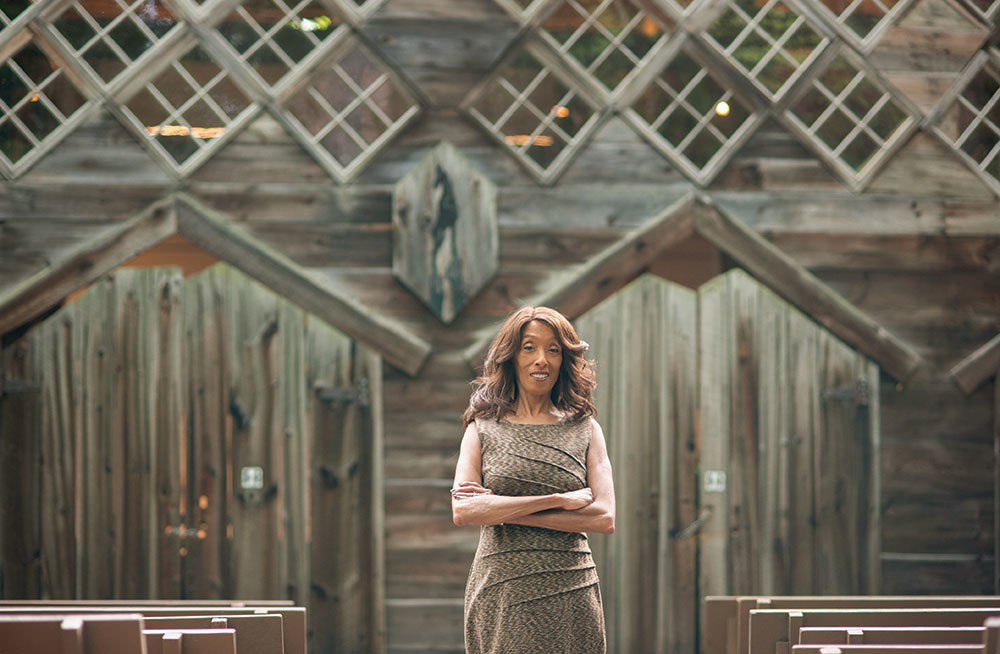 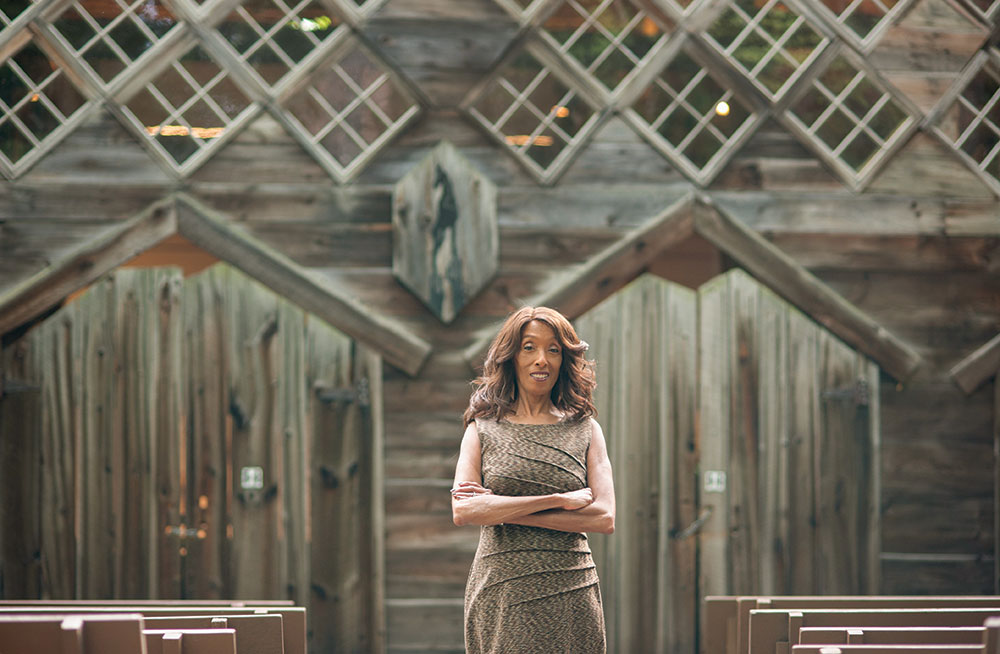 On the evening of August 29, 1952, in the woods just outside Woodstock, the up-and-coming pianist David Tudor sat down at the piano onstage at the Maverick Concert Hall, lifted his hands over the keys, looked at the score, and paused. And paused. And paused. Tudor was premiering the artist and composer John Cage’s new work, 4’33.” For each movement, he read the score, and then closed and reopened the piano lid—without ever touching the keys. Although 4’33” has become famous as “the silent piece,” it was anything but. Cage later explained that he created the piece to demonstrate that “silence is not acoustic. It is a change of mind, a turning around.” He wanted his audience not to expect to hear piano notes, but instead to realize that there is no such thing as silence, that sounds—and therefore musical notes—are always around us and even within us, and we actually choose what we hear.

The premiere of 4’33” changed the world of music forever. And it is fitting that such a revolutionary moment occurred at the Maverick. Being open to the woods, the concert hall is constantly filled with the sounds of nature.

The Maverick first opened its barn-like doors in 1916, as part of the then-burgeoning Maverick Colony for collaborative artists and craftspeople. To build the distinctively rustic venue, the Maverick’s founder, Hervey White, who was also a novelist, poet, printer, editor, and socialist, enlisted a crew of like-minded artists, builders, and friends. The building, framed with heavy timber to which the walls were nailed directly, and topped with a gambrel roof of asphalt and wood shingles, is renowned for its remarkable acoustics. “I did it with the idea of gathering some good musicians during the summer months and giving chamber music in a rustic music chapel among tall trees at the foot of a hill,” White told the New York Times in 1916.
Both the concert hall and art colony were named after a legendary wild horse that White heard about while visiting his sister in Colorado in the 1890s. In 1911, he published The Adventures of a Young Maverick, a heroic narrative and ode to artistic freedom. In 1924, White commissioned sculptor John Flannagan to create a likeness of the horse as an icon for the arts colony. Using only an ax on the trunk of a chestnut tree, Flannagan sculpted a horse emerging from outstretched human hands. The 18-foot sculpture originally stood at the property’s entrance, but since 1979, it has been housed inside the concert hall to avoid further deterioration.

The Maverick has always straddled two worlds—as an innovative and revolutionary force and as a keeper of chamber music traditions—and gained distinction within both spheres. Besides hosting the premiere of 4’33”, the Maverick has welcomed international stars like the Tokyo String Quartet, and is America’s oldest continuous summer chamber music series venue.

In recent decades, the Maverick has worked to create a more inclusive music program. Music director Alexander Platt, who arrived in 2002, broadened the chamber and classical programming; reestablished the Young People’s Concerts program (first offered in the early 1990s); and founded an annual chamber music concert, which he directs, as well as the series Jazz at the Maverick.

Last summer, to complement Platt’s programing and push for more diversity in its performers and audience, the Maverick hired its first executive director. Kitt Potter, a jazz singer as well as the former development associate for the Colour of Music Festival, which celebrates black classical musicians, is now working to contemporize the Maverick’s programing while paying homage to its roots as a cultural innovator.

Initially Potter perceived Colour of Music’s concept as “militant,” but found that as the festival evolved, so did its audience. “If you put more colors on the stage, you will get more colors in the audience,” she says. 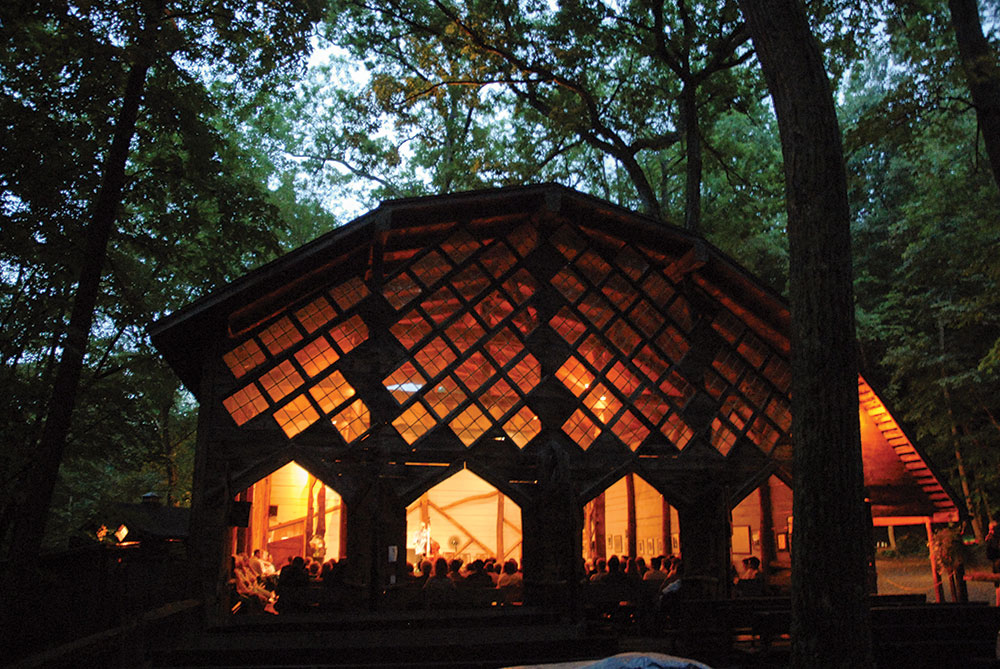 With the Maverick’s allies and audience predominantly aging and white, it’s time to attract younger people of varied backgrounds—as board members, volunteers, audience members, and performers—“so we can hand the baton down,” says Potter. “With my jazz backing and contacts, and with Alexander’s in the classical world, as well as my specialty in youth program development, we are doing great things together. When we put our heads together, we are a force to be reckoned with.”

Growing up in the 1970s in Newburgh, Potter attended private schools there. Despite the bad rap Newburgh often gets, she calls the city “an amazingly great town that raises incredible citizens.” Her music career started early. As a baby, she sat beneath the piano bench as her grandfather played the piano. By age four, she was scatting to Ella Fitzgerald and mimicking Miles Davis; at eight, she started classical voice training. Initially, she hated it. “I thought I was being punished,” she says. “I wanted to do rock ‘n’ roll, but my mom and my brother [who played drums] taught me the whole Jazz Fake Book.”

Potter sang in her church and school choirs. At SUNY Oswego, which she attended before transferring to Howard University, she debuted as a lead singer. “My parents drove there to hear me and my father was in tears,” she recalls. “By the time I got to Howard, I was knee deep in funk music.”

At Howard, where Potter studied sociology, she met Noble Jolley, Sr., the school’s first graduate jazz music major. “He brought the jazz out of me,” she recalls, by inviting her onstage at Washington, DC’s Cellar Door. “I had written original lyrics to Herbie Hancock’s ‘Maiden Voyage’,” she says. “I sang my lyrics and walked offstage, singing, to thunderous applause.”

After 10 years in DC, doing gigs at night and working at think tanks by day—including the Urban Institute, National Academy of Sciences, and Committee on the Status of Black Americans—Potter returned to the Hudson Valley to work as an employment trainer and grants coordinator. Eventually, she became first soprano at the Charleston Symphony Spiritual Ensemble, where she was tapped six years ago for the Colour of Music Festival by its founder and artistic director, Lee Pringle. “When I saw Colour of Music featured on CBS-TV, I knew it had arrived,” she says. “African Americans tend to enjoy jazz, blues, hip-hop, and funk, but when they saw posters with people that looked like them [playing classical music], they wanted to support the festival.”

Although Potter has served several institutions, none of them were quite like the Maverick. “I’m an old soul, and I like old houses,” she says. “I visited the Maverick years ago and was mesmerized. Serving an institution that has lasted the test of time is different from working for a new organization, where people need to hear success stories and want to know the ‘why.’ The Maverick presents music at an historical site. The setting, architecture, history, and story are so fascinating. I’m living my dream.”

In the 2018 season, Potter will perform at the Maverick. “When Alexander asked me [to perform], he said, ‘You’re not allowed to say no and you have to sing “Alfie” for me,’” she says. “He made me cry.” Platt also requested that she perform songs from No Strings, a 1962 Tony-nominated musical drama, starring Diahann Carroll as a fashion model living in Paris, which explored the Civil Rights Movement as well as interracial relationships.

For her performance, “Bright Moments In and Out of Time,” Potter plans to offer her take on the plight of blacks and gays, as well as terrorism by featuring the music of Nina Simone, Josephine Baker, Duke Ellington, Ella Fitzgerald, and Miles Davis. “But the crux of it will focus on the migration to Paris and those who came back to America, like James Baldwin,” she says. “He experienced the hosings, the dog attacks, and Bloody Sunday, and then returned to America to fight as an intellectual. I may include some ‘jazz-oetry.’” Potter will be joined by local musicians: saxophonist Joe Giardullo, bassist Steve Rust, keyboardist Vinnie Martucci, and drummer Arti Dixon, the latter three of whom are also included on her CD, to be released in December. “These musicians and I go back decades, and they’re like my family playing with me,” says Potter. “They know what my soul wants to sing before my brain gets it.”

Summer Highlights at the Maverick

The Woodstock Byrdcliffe Guild hosts the Harlem Quartet’s Young People’s Concert at the Kleinert-James Center for the Arts in Woodstock on August 12. The quartet performs Gabriela Lena Frank’s “Milagros,” for string quartet (2010), inspired by the sounds of Peru, back at the concert hall on August 13.

The Young People’s Concerts series (free for children under 16) and Maverick Prodigies concerts feature Arturo O’Farrill Quintet on July 1, The Ladles on July 7, and Harlem Quartet at the Kleinert James Art Gallery on August 12.

Jazz at the Maverick presents Arturo O’Farrill Quintet on July 1, Bill Charlap Trio on July 15, Eldar Djangirov Trio on July 29, and Karl Berger and the Creative Music Studio on September 2.

Horszowski Trio performs Daron Hagen’s Piano Trio No. 2, “J’entends” (1986) on September 3 at the annual Concert for the Friends of Maverick. Admission is by contribution. 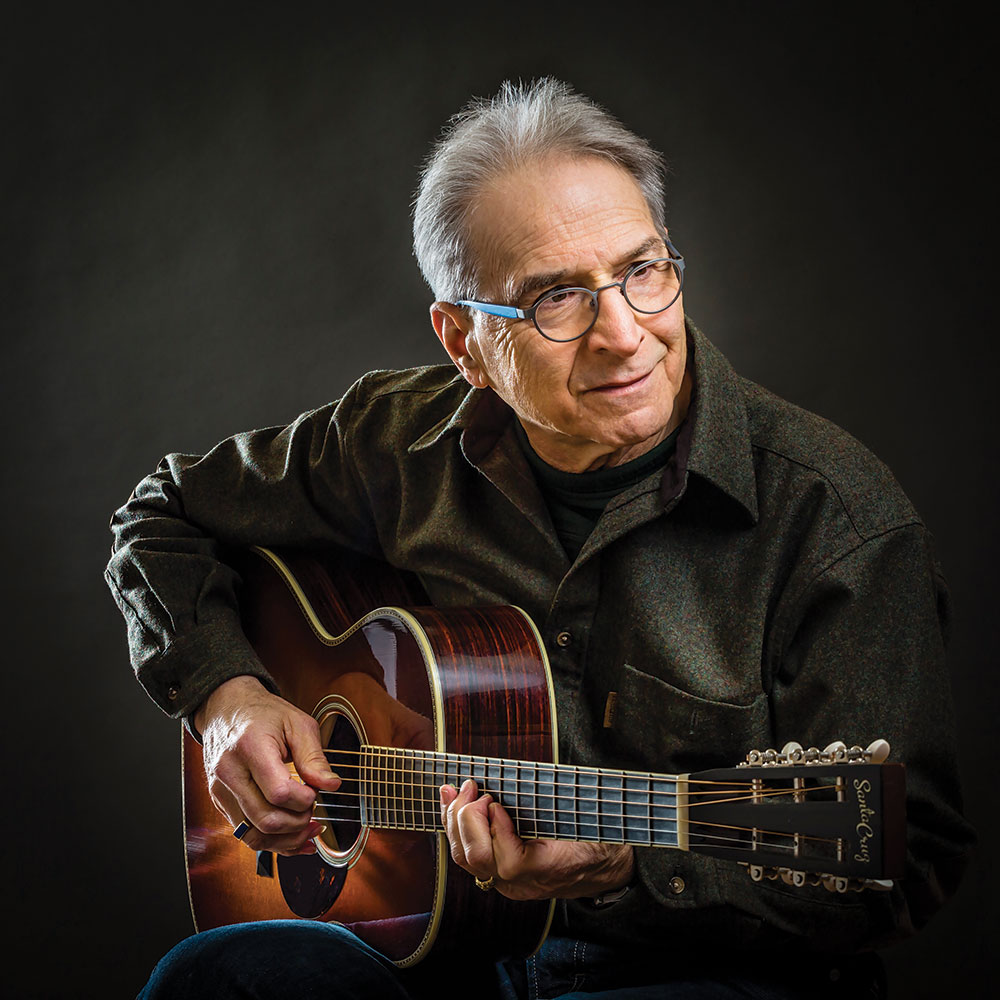 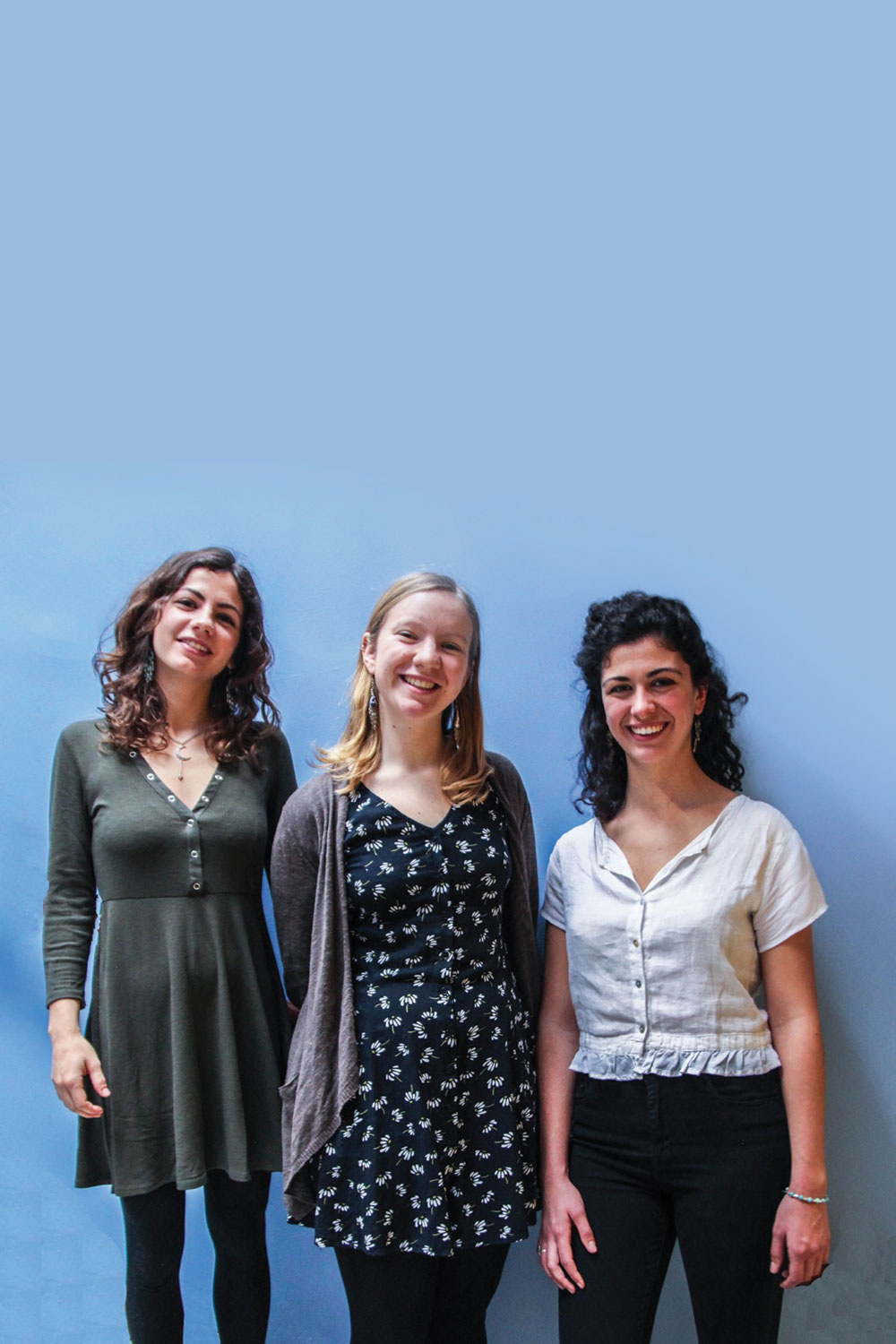 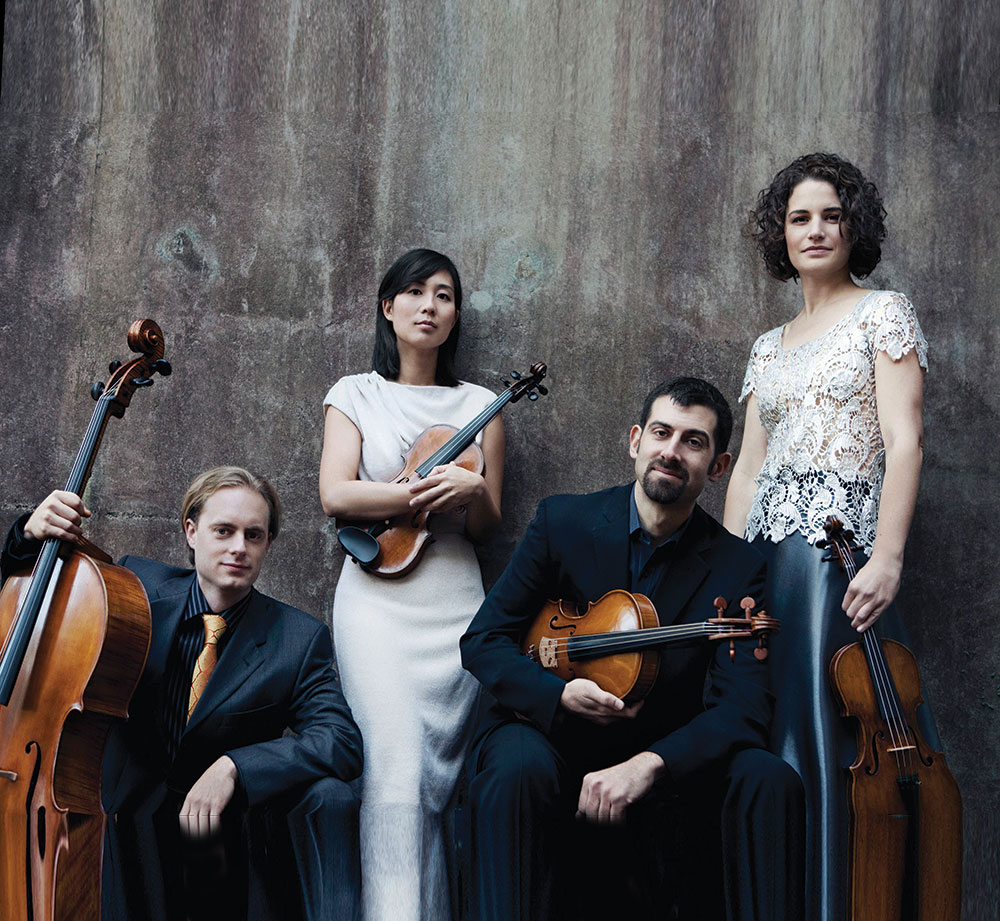