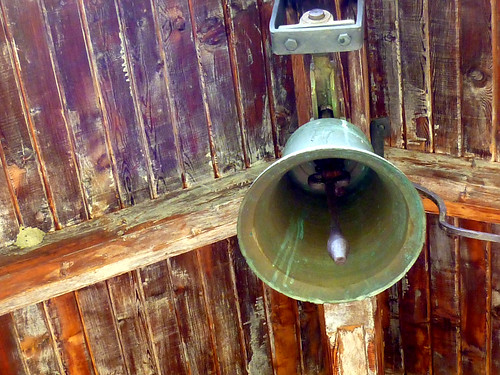 I think I mentioned a few posts ago that we’re getting married this summer.  I’ve never been one of those girls who dreamed and fantasized about my wedding.  I’ve been to some good ones, but I seriously didn’t think it would ever happen and I was OK with that.  So when we decided last summer to tie the knot, it seemed so far away in the future that we kind of put off the whole planning thing for a little while.  It wasn’t until this winter that it kind of dawned on us that we had better get started with the planning.    In the spirit of sharing, I was hoping this could be a sort of ‘open thread’ on ideas about Catskill weddings: what you’ve experienced, what you did when you got married up here, what went right and what went wrong, or if you’re planning a wedding yourself, what your plans are.

Here’s what we’ve got so far:

We’re having the ceremony at the church up the road, and the reception/BBQ in our barn with a big tent, which is great in one way – we don’t have to find and pay for a wedding, but daunting in another – we’re doing all of the clean-up and decorating.  We found someone to perform the ceremony.  We’ve booked the BBQ – Hickory BBQ  in Kingston, and the tent (and the port-o-potty) from Big Top Tent Rentals  in Cairo.  We’ve started buying the wine we like and we’ve got a plan for beer from Keegan Ales in Kingston.  We reserved the Catskill Seasons Inn for our guests.  We’ve got some great music lined up – a local band The Tremperskill Boys, and a western swing band from Brooklyn, Brain Cloud.  We’ve got the invitations sent and my dress is in the closet (though Mr. Sticks is still trying to figure out what he’s going to wear).  In general, it’s going to be a low-key country wedding where hopefully our friends and family will have a great time.

Some things we haven’t figured out yet:

Table settings: trying to be simple and hopefully DIY with this.  Though I’m a big fan of Mason  jars  as both functional and aesthetically pleasing items, and I have a lot of them,  I’m feeling like they are a little overdone at this point.  But, it’s a country wedding, so our guests may end up drinking wine from half-pint jam jars and all of the flowers might be in jars as well.

Flowers:  I’ve heard stories of people spending lots of bucks on flowers.  I’m hoping I will be able to use what’s local in my garden and again, DIY.  Anybody have any good recommendations for florists in case inspiration doesn’t come and all those Zinnias and Dahlias don’t bloom at the right time?

Drivers:  We’d like to provide a van service too and from the Inn so we don’t have to worry about people drinking and driving.  We got one outlandish quote from a place in Kingston, so we’re looking into hiring a driver and renting a van, even if it means several trips back and forth.

Photos:  I’m not a big fan of the staged group photos, so we haven’t planned to have a real photographer.  Several of our friends are good picture takers, and we’re planning on setting up a photo booth so people can take photos of themselves.  Has anyone not had an official photographer at their wedding and regretted it?  Any recommendations for Catskill photographers?

I’d love to hear anyone and everyone’s ideas and recommendations for wedding stuff in the Catskills.  Even if it’s something that we’ve decided on already – food, venue, music, lodging –  other readers might find it useful.