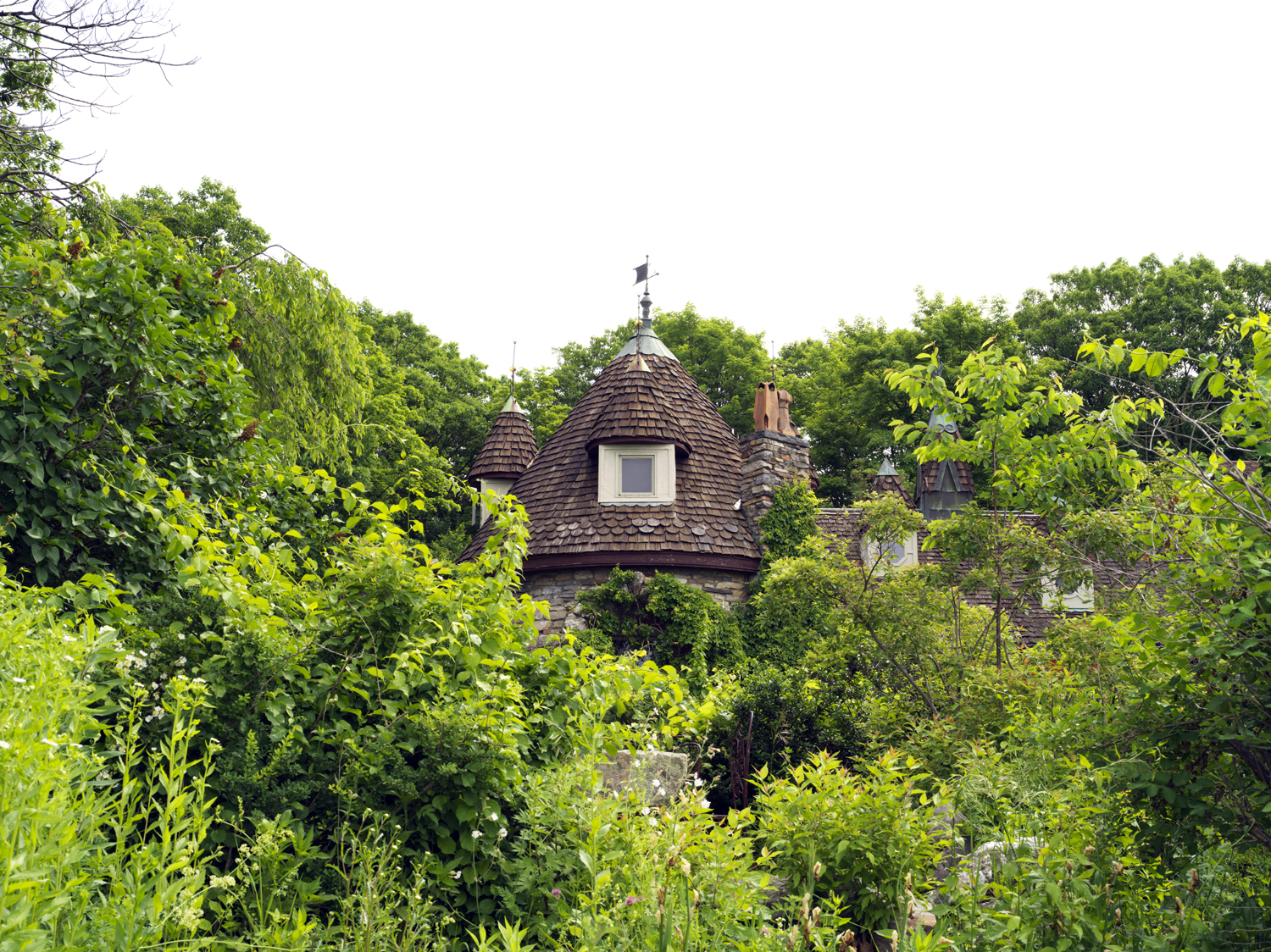 Wing’s Castle in Millbrook was built over 45 years by Peter Wing. Photo by Chris Mottalini.

Whether you’re cruising B&Bs for your next romantic getaway upstate, looking for a place to stay with your high schooler while scouting colleges, or just doing some local tourism, you won’t find more magical accommodations than Wing’s Castle in Millbrook, NY. This Dutchess County gem is a true modern castle, a bed and breakfast, a home, a grand artistic achievement, and if you let it be, an inspiration.

On the forested ridge of a steep open field, overlooking a view of, seemingly, the entire world, sits a storybook castle made real. In 1970, 23-year-old newlyweds Peter and Toni Wing set out to construct a home built like a barn with two silos on either side. Once it all got framed out, Peter thought it looked like a castle and they took off running from there. 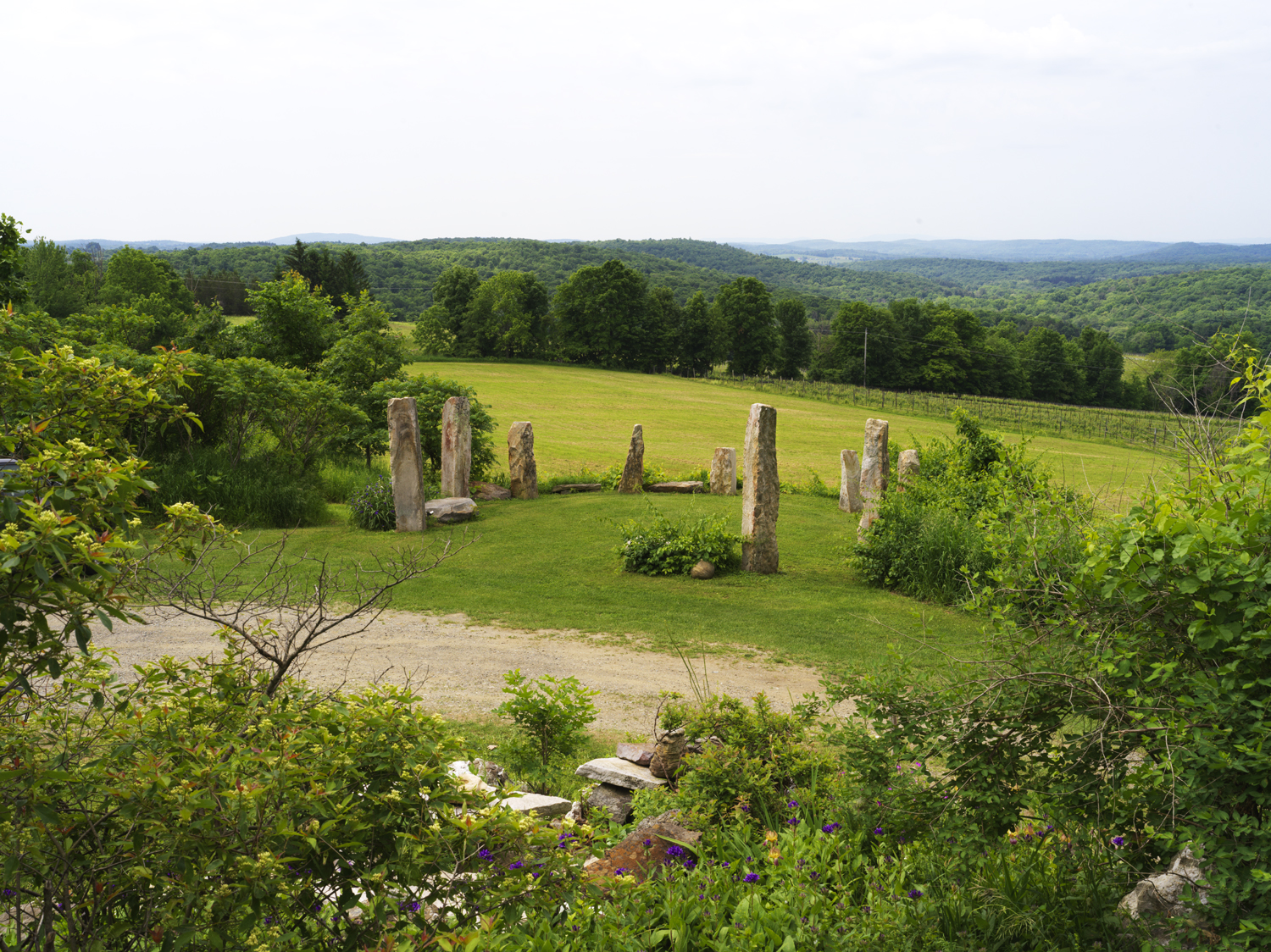 The grounds at Wing’s Castle feature a miniature stone henge.

For 22 years, the Wings hauled stone and salvaged timbers from derelict Revolutionary War-era barns to create one of the most unusual and intricately detailed structures in the region. Peter Wing built intrigue into every inch of the castle. Downspouts and railings are reimagined as dragons with mosaic scales. There are tunnels and sanctuaries, grottos, and a swimming pool moat. Mythical and personal stories are carved into every inch of stone.

“What we thought, as two young kids, was just going to be something we’d do and then move on really became our lives together,” says Toni. “And we never had any regrets. We’ve lived a wonderful life up here. This little corner is our world.” 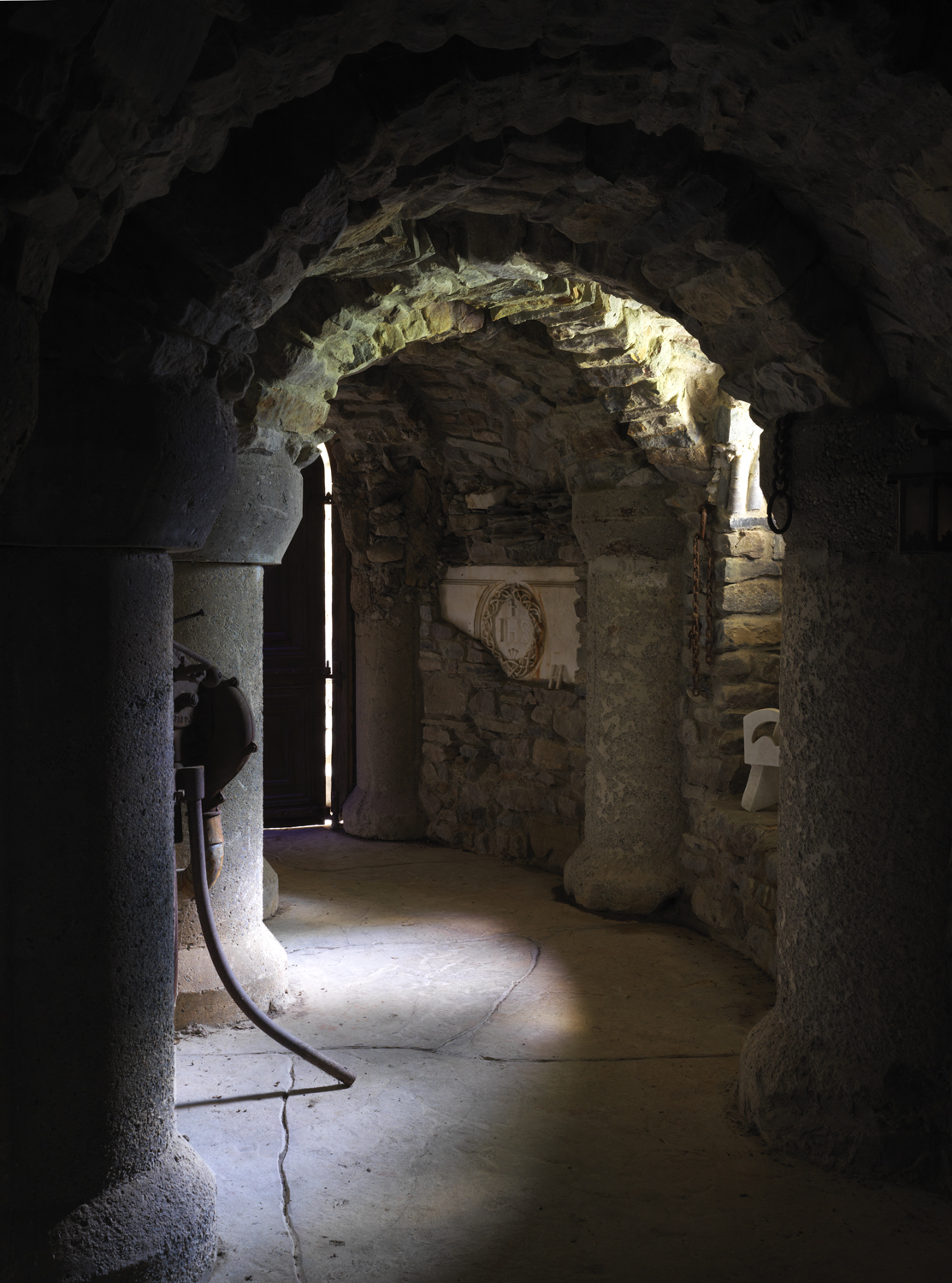 Out in the bucolic surroundings there’s a small Stonehenge, a fortuneteller’s wagon and giant slab picnic table that looks like the location where the Fellowship of the Ring was planned. The interiors are as fantastically detailed as the exteriors. There’s a second floor balcony shaped like the bow of a pirate ship and a massive fireplace that looks as though it might come alive at night. Oddities, ephemera, bric-a-brac and emotionally resonant Wing family artifacts create a magical texture that’s inviting and personal. This is not a hotel. Staying at Wing’s Castle is to be enveloped by the lives and warm generosity of a family legacy.

“People didn’t understand it,” says Toni, recollecting the early days. “They couldn’t think outside of the box. Peter was outside of the box. He had no formal training in art or architecture. He was a farm boy. He just had this vision of this castle he wanted to build, and he came up here and taught himself anything he needed to learn to put it here.” 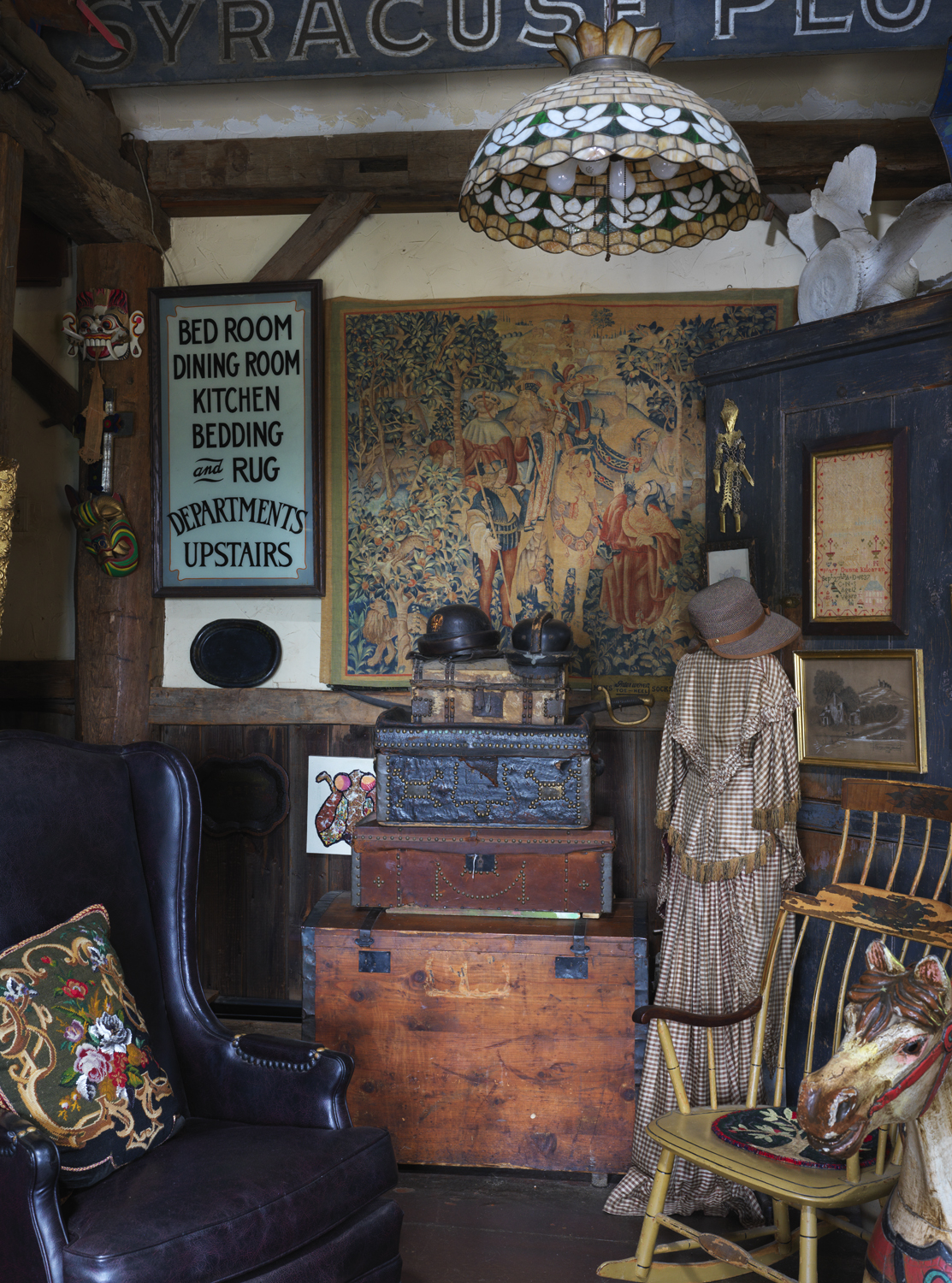 While building his castle, Peter also worked on classic cars and film sets, did construction work for others, and sold his paintings and sculptures. Toni was a physical therapist. All the money made went into the castle. By the ’90s, the home was complete, and then the question became: what’s next? They decided to share their kingdom with the world by starting the B&B.

So Peter set to work again—for another 22 years—expanding the home to include guest rooms that very much feel a part of the castle. It’s a hodgepodge construction that somehow manages to feel uniform. all four rooms and the standalone cottage suit, have comfortable beds, fireplaces, and wifi, if you need connection to the real world. There are also a number outdoor spaces for guests that provide a wonderful environment for spending time with others or in private contemplation. 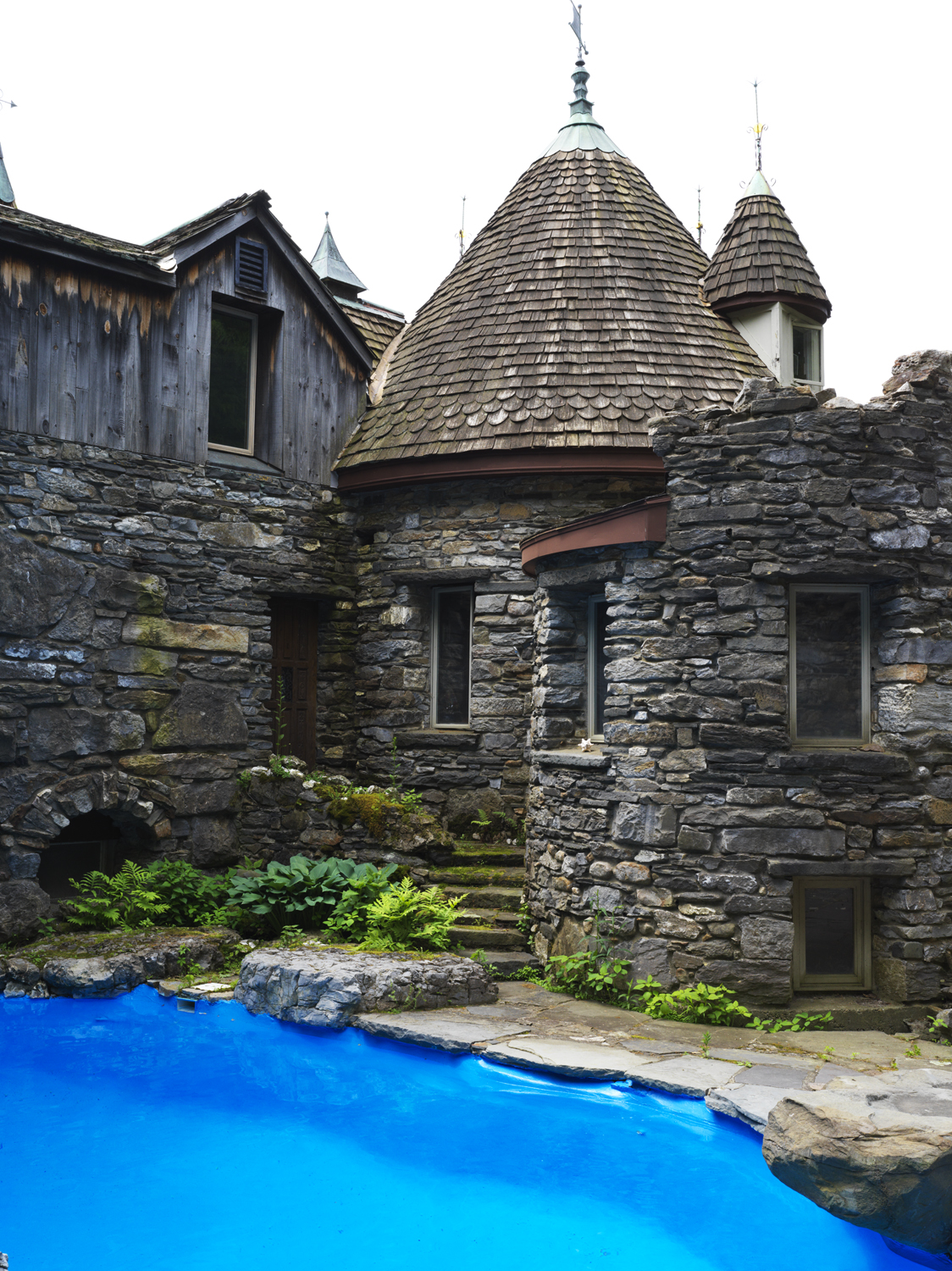 Rates at the castle are reasonable, ranging from $225 for single rooms to 500 for the three bedroom cottage, if fully occupied. The continental breakfast is simple but well executed. As one might imagine, each guest room has its own vibe, from the Tower Room to The Dungeon (reached through a bona fide subterranean tunnel). And although Wing’s Castle is tucked off a back road in rural Dutchess County, there’s much to do nearby. Peter Wing’s old family farm, down the hill, is now the Millbrook Winery and nearby towns offer all sorts of attractions.

In 2014, Peter Wing passed away in an automobile accident. The Wings’ son Charles came home to help his mother finish the interiors of the guest rooms. Peter’s loss was felt by many, but Toni says his presence is everywhere in the castle. 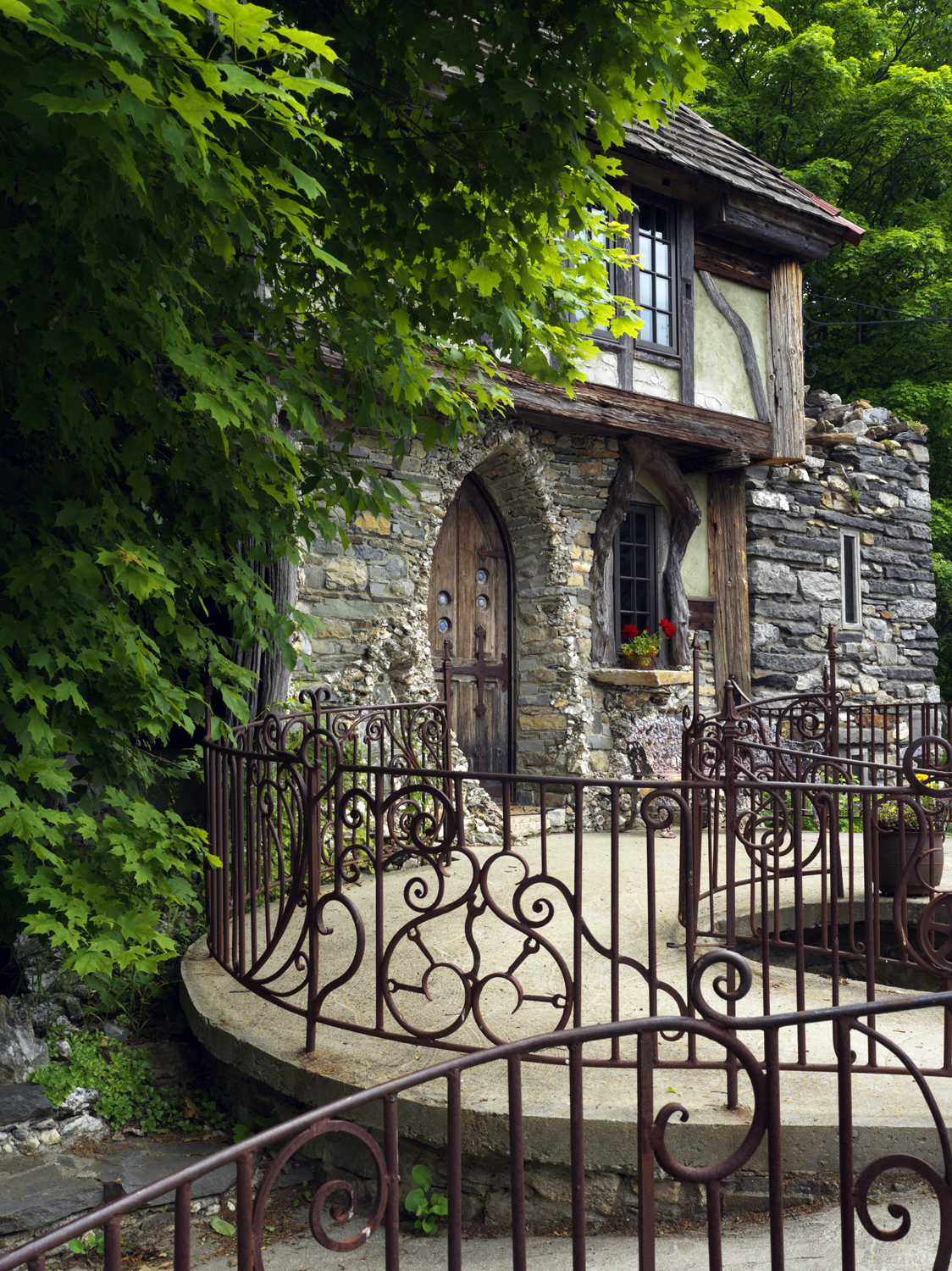 “Peter stuck to what he envisioned,” says Toni. “He lived his life like he wanted and he loved life. If he wasn’t creating this house, he was building a vehicle, directing Shakespearian plays, or making props for movies—he was always doing something. Everything just oozed out of him. What he did here is impressive, and he left a great legacy.”

Toni now presides over the regal B&B. She’s a warm and generous host and provides guests with tours of the castle. Public tours are also offered on weekends during warmer months. 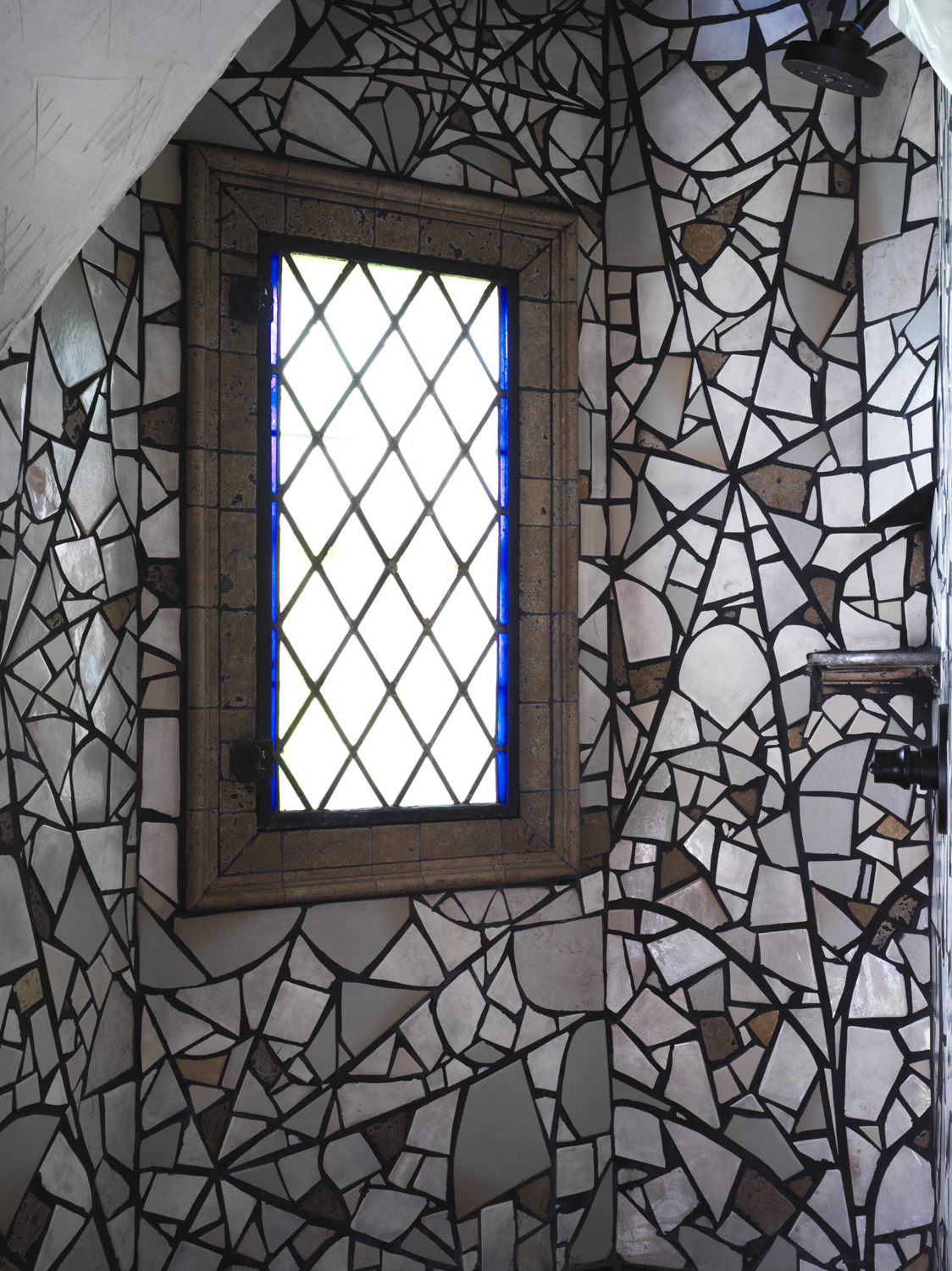 It’s impossible not to leave inspired by Wing’s Castle. It’s not a call to build your own castle so much as an affirmation that if the Wings can build a whole castle by hand, then there is time in your life to commit to doing that project you care most about. Beyond the bed, beyond the breakfast, it’s this feeling of inspiration that is the lasting reward of a trip to Wing’s Castle.