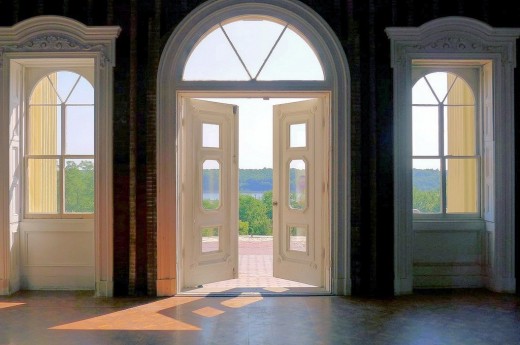 If there’s one person I can point to that had the earliest influence on my sense of humor, it would be Jim Henson. I’m not the only 40-something who feels this way. In fact, my high school best friend and I bonded over our mutual adoration of Henson, the Muppets, the Dark Crystal, Sesame Street, and all things born in the mystical, mythical Creature Shop. We were fan-girls before their was such a thing, hanging on to mild-to-moderate obsession until well past the point of age-appropriateness, much to the chagrin of everyone wondering why those two 16 year old girls keep bandying around that Kermit the Frog doll (I still have a Kermit doll. Not that Kermit doll, but a Kermit doll, nonetheless).

So when I learned, years later, that dearly departed Henson’s son, John (who recently passed away), lived down the street from me in Saugerties, I was immediately intrigued. Not in some weird, stalk-ery kind of way. More of a mild fascination of what could there on the property itself. What was in their storage sheds? What tales could the garage walls tell? Is Sweetums in there somewhere? What about Big Bird? I also wanted to know about the house. Because I’m a real estate fiend, I wanted to know what it looked like inside, just like I do with almost every house that I see. I’d never seen 33 Barclay Street (Barkley, incidentally, is the name of Big Bird’s dog on Sesame Street), but my fellow Saugertiesians told me that the c.1848 manse had the most breathtaking views of the Hudson River around.

And they were not wrong, it seems. The Wall Street Journal posted a photo spread of “Bright Bank,” as it’s called in the Sotheby’s listing, and I finally got my wish to see the inside of John Henson’s house on the Hudson. It’s currently gutted for renovation, but I think it looks stunning this way. The brick, the plaster moldings and door frames, the parquet flooring…it takes my breath away, almost as much as the views of the Hudson that lie beyond the grand double doors.

The 13,000+ sq. ft. mansion plus 137 riverfront acres are on the market for $12 million. That’s a bit out of my price range. But my birthday was last week, and finally having the chance to see the inside of this house feels a little like a belated birthday gift. My birthday, incidentally, was September 24…the same day as Jim Henson’s. 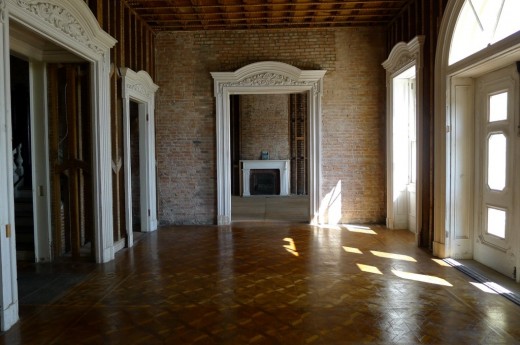 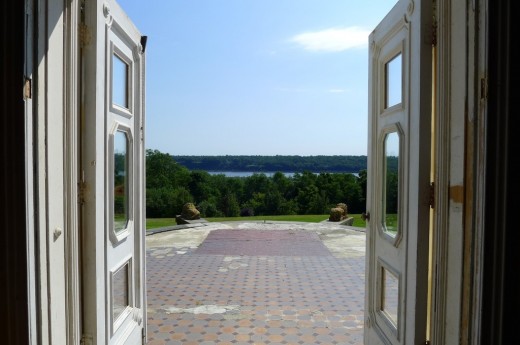 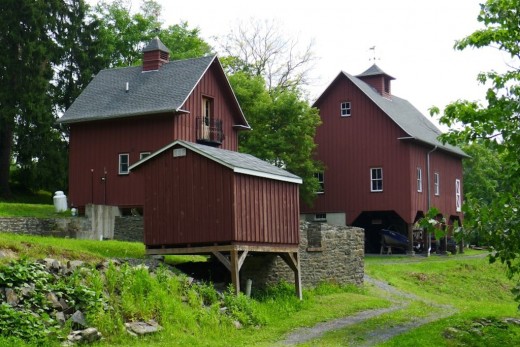 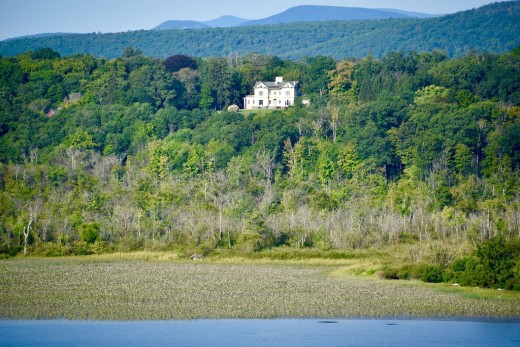