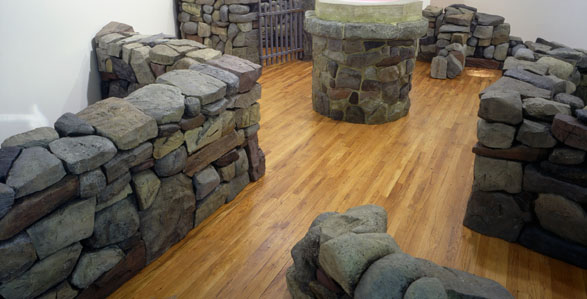 Bordering Utopia: Sculptures by Brian Tolle at the University at Albany’s Art Museum
Internationally acclaimed artist Brian Tolle is exhibiting at the University at Albany’s Art Museum a retrospective show spanning over two decades of artistic career. Tolle is known for works such as the Irish Hunger Memorial at Battery Park City (2002), the Witch Catcher at City Hall in New York City (2003), and Waylay, a project designed for the Whitney Biennial and the Public Art Fund in Central Park in 2002. Bordering Utopia contains over two dozen sculptures by Tolle, and includes some of his earlier works such as hand-carved Styrofoam beams and frames inspired by Colonial American structures, the Witch Catcher, and the Levittown sculptures, all cast from a silicon mold based on the original Levittown house. The show will remain on view through December 12. For more information, visit albany.edu/museum. 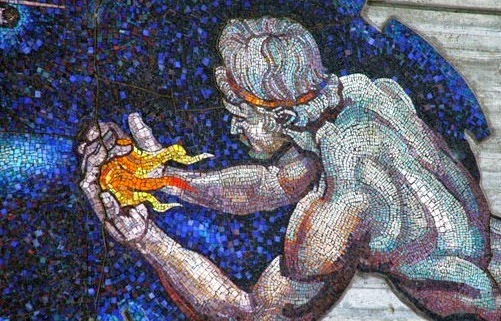 Prometheus Bound at Franklin Stage Company
Franklin Stage Company is hosting a production of Prometheus Bound, a Greek tragedy written by Aeschylus in the 5th century B.C., this Friday and Saturday at 8 pm, and Sunday at 5 pm. An after school theater program directed by Josh Santiago, this production is an exercise of imagination by a team comprised of students from Franklin, Delhi, Oneonta, Unadilla and Laurens. With the use of masks, drums, and innovative choreography this ancient play is given a fresh, new interpretation. For more information, visit franklinstagecompany.org. 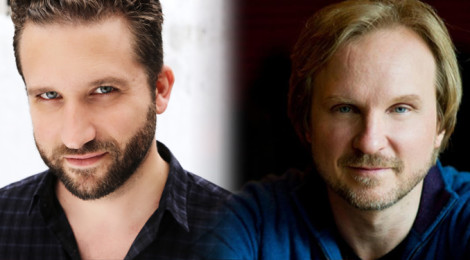 Classics on Hudson
Hudson Opera House is hosting a classical music performance this Saturday at 7 pm, featuring violinist Benjamin Bowman and pianist Peter Longworth, as part of its Classics on Hudson concert series. Bowman, who was appointed Concertmaster of the American Ballet Theater last year, has performed extensively throughout North America, Europe, and Asia, as part of various chamber orchestras and ensembles. This Saturday he will be joined at the Hudson Opera House by pianist Peter Longworth, recognized by The Chicago Tribune as “a concert pianist of such power and grace that even the crystal baubles on the chandeliers at Orchestra Hall tingle, dance and resonate when he plays.” For more information, visit hudsonoperahouse.org.