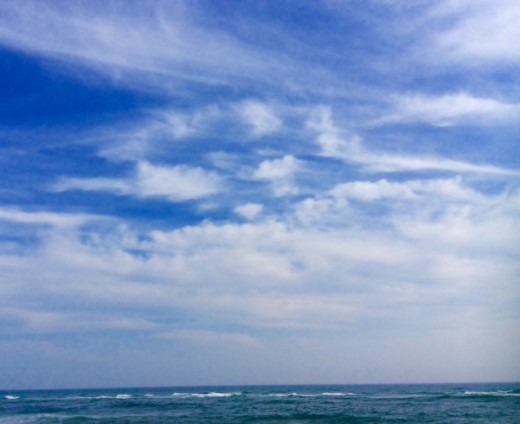 Arriving on the island, reflection settles in.

This week while relaxing, sunning, dining, dancing, and laughing on Martha’s Vineyard I am in a bit of a reflective mood. Self-reflection and meditation are not my mantras but sometimes in order to move forward a moment for reflection is warranted. For the last decade Gary and I, along with enjoyed friends from DC, trek to the Vineyard every summer. Each year we find ourselves falling even deeper in love with this alluring Island and its sandy beaches, clear blue seas, tree lined streets and welcoming neighborhoods. For our time on the Vineyard, we anchor in Edgartown, then we venture around sailing, sampling delicious meals and attending parties. Similar to the Hudson Valley, the Vineyard offers an endless array of opportunities for enjoyment, as well as plenty of hiking, swimming, and cycling. Like Ulster County, the Island is dotted with historic homes and celebrities abiding peacefully with one another. Perhaps I am reflective because the allure of the Vineyard is reminiscent of the allure of my home County. On the Vineyard the natives of the island refer to those who came to the Island and remained as “washed-ashores.” I look forward to the day when I am both a dual Valley resident and a “washed-ashore.” 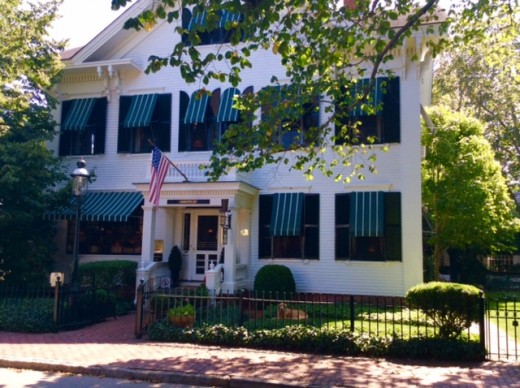 Like Ulster County the Vineyard is dotted with Historic Homes

On the first aspect of reflection, I will say I arrived on these shores a year ago a bit worse for wear. Twelve years of directing boards and committees, paired with fundraising had taken its toll both physically and emotionally. The desire to create a lasting positive carbon footprint resulted in a loss of self. My days literally had become consumed with meetings, luncheons and an endless array of projects. Along the way it is important to note I had the opportunity of meeting some of the most genuine people. The kind of people who brighten your days. However, along this twelve-year journey I completely lost myself, my balance, and my inner voice. I also learned the sage old saying, ” the road to hell is paved with good intentions.” Arriving on the island last year, I was 46 pounds over weight, frazzled, soulfully lost and stuck in a rut. On the first three days of our Holiday I literally sat like a lump watching the sea’s waves flow in and out. With each wave my soul became rejuvenated. It was on this trip I resolved to change my life, its direction and to live positively. 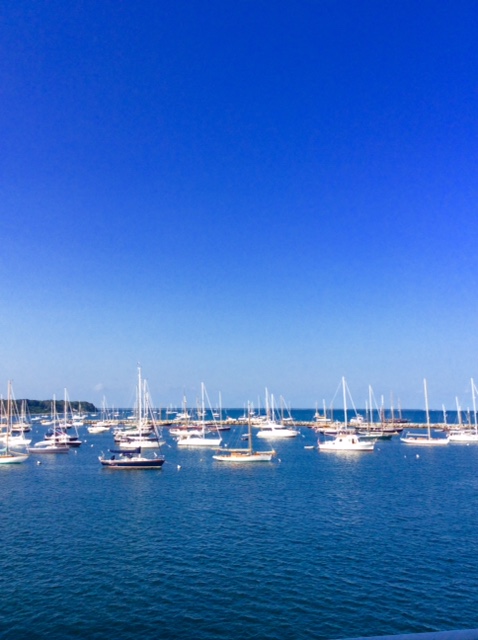 As I sat watching the waves ebb and flow, I realized change was indeed a necessity

I know what you are thinking, here he goes preaching inner Che, meditation and harmony. To be honest if I have an inner Che, we have not yet been introduced. My friend Annick Magac recently published a self-motivational book entitled Clear. I remember when Annick first mentioned Clear I thought, “easy for you, you do not have projects to fund, or committees to run. But then again what if I did just simply take the time to “clear.” Along this juncture I began to follow the journey of a then stranger on Facebook, Mark Alden Lucus. As the journey of social media goes, Mark and I share many friends in common. Mark is a rather charming fellow who enjoys life, loves, laughs, dances and constantly finds beauty. Similar to Annick I began to observe Mark’s life with his beloved Eddie, his restoration of a nineteen room Cape May Victorian and his victorious weight loss regime with a skeptical eye. “Yeah, yeah,” I thought, “easy for you to lose weight, see beauty in every light and to laugh with the endlessly amusing Eddie. As for dancing who has the time?!” “Wait though,” I thought, “Gary is nothing if not amusing, my life is filled with beauty, I know how to lose weight (I once dated a personal trainer and I also once had a very pricey 5th Avenue Nutritionist) and as for dancing, for decades I went dancing every night.” Thus as the sea rolled in and out I resolved to hit Clear and hit it hard. 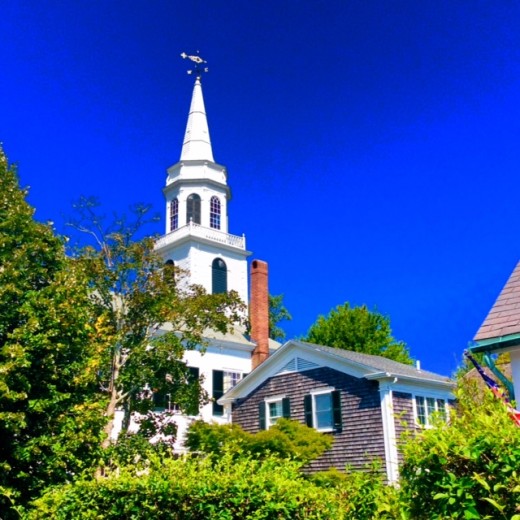 Like Kingston, Edgartown is filled with tree lined streets

In the Hudson Valley September to December is known as the killer charity season. Events are held every weekend, countless ask letters arrive daily and invitations abound. Having catapulted myself into the middle of this firestorm years ago, the phrase “screwed” comes to mind. Charity Events, Scarecrows in Frog Alley (an Event I launched as President of the Friends of Historic Kingston), the Upcoming Snowflake December Holiday Festival (which I co-chaired with my friend Christine Heiin) and an endless array of obligations awaited upon my return. Throughout the ensuing three months I would flip my calendar (yes, I am one of the ones who still has a date book) constantly to December 6, the day I had vowed to hit clear. Because as everyone knows December is such an easy month to decide to Clear. As the weeks passed I become more and more determined to follow in the footsteps of my friends Annick and Mark. On the eve of December 5th, I did it! Like the squealing brakes of a train, my life as I had created it came to a screeching halt. For the next six weeks I canceled every social engagement, resigned from every board and declined every project. By February 2nd, I could finally breath a sigh of relief and relaxation. A dinner with Mark Alden Lucas, the charming Eddie, John Sulpy Jr. and Curtis H. Nixon only strengthened my resolve. For on that evening five Facebook strangers became friends, hysterically laughing the night away. I remember Eddie commenting, “you really do need to get out more, we are not that funny!” Perhaps I laughed so intently because for once I felt free. I will not bore you with the details of my weight loss and exercise program. I will say though my program began with humiliation of a sort. As I stepped onto the elliptical cycle keying in 48 for age and 215 pounds for weight, I thought “where have I been for the last decade?” As I completed my work out in one of Manhattan’s private gyms, much to my horror an acquaintance from my former Manhattan gym greeted me. In one look I could tell, he was thinking, “what happened to you?” Honestly the first three months of this program sucked, I believe I only lost one pound in a month. Yet I remained determined, had given myself twelve weeks to lose weight and I was steadfast. In the end, I eventually reached and achieved my weight goals. A muscle beach contender I am not, but a content person I am. 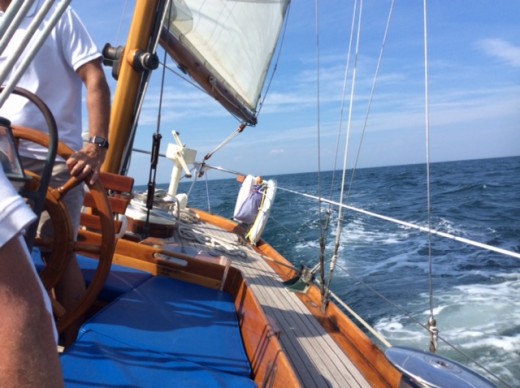 In “Clear,” Annick, a fellow resident of the Hudson Valley, mentions people who have lost their path simply need to open their closets or view their desks to know their life is cluttered with too many unnecessary components. Opening my closets was a horrifying experience; cast off shoes, rumpled sweaters, wrinkled shirts – a dandy I certainly was not any longer. Using Annick’s thought process I began to take a close look at my life. Yes, I luckily had a collection of marvelous people in my life but I also had a lot of dead wood. You know the kind of individuals who clutter your life with requests, who often extend backhanded compliments and basically those who weigh you down rather than lift your spirits. Like a tornado from my Southern youth I immediately hit Clear and removed those individuals from my life. Not quite as easy as it may sound but oh! the rewards. Rewards which say, you have found yourself now move on. 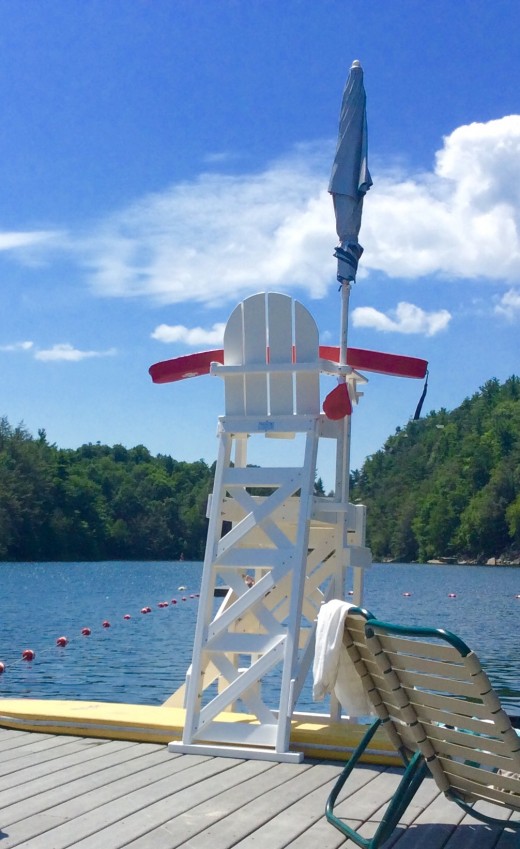 The last year from between trips to the Vineyard has been an incredible journey. A rough road, a struggle at times, but with each struggle and each rough patch I resolved to persevere. My new friend the soulful jazz singer Abigail Rockwell, granddaughter of Norman Rockwell, sings soulfully of the challenges and personal victories she has been through. Mark and Eddie laugh, dance and enjoy their lives endlessly as a celebration of life. Determining to hit CLEAR was by far the toughest journey of my life. A year later I can not believe where I am. I also can not believe how many terrific people have replaced the deadwood in my life. A year later I find myself laughing, dancing, embracing strangers and lowering the guard of my rather shy personality. As I have mentioned previously, meeting strangers is at times awkward for me. However the rewards abound. Recently, I met two fellow Facebook friends – the interior designers Kurt Jacob Miller and James Andrew (also from the blog What is James Wearing) — three strangers laughing hysterically together.. 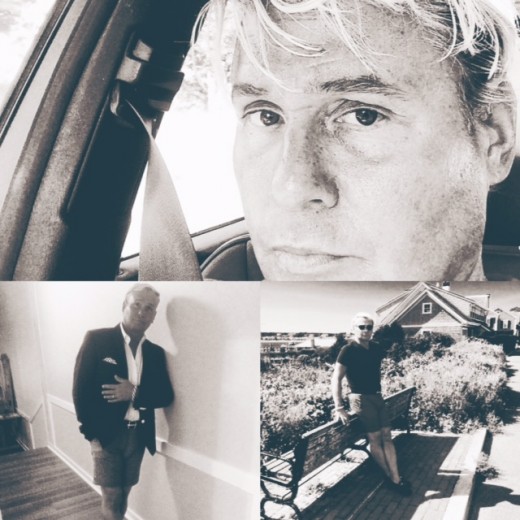 A year after hitting Clear, living and loving life

I am not much of one for giving personal motivational advice. Yet, what I will say is try a little experiment. Walk into a brightly lit room and stare into a mirror looking at yourself. Hold that gaze for at least five minutes, and if the reflection is not the reflection you desire, change is possible. Then open up your contacts, scan the list randomly, and consider if your life is filled with friends or if it’s filled with friends mixed with those who weigh you down. To drastically hit CLEAR as rapidly as I did might not be advisable. For me hitting clear so defiantly was not a choice; it was a necessity. Looking at one’s life and deciding what facets need fine tuning, what areas need to be refined and what segments are no longer rewarding is important to personal growth. I am by no means an authority on these matters. Nor do I use formulas or charts to mark my journey. Instead I am just a guy who arrived on a beautiful beach, tired, exhausted and lost. A guy who launched a personal renovation plan that has reaped countless rewards. Change is a very frightening aspect for many, I should know, but sometimes by considering change life can be altered in the most magnificent ways.