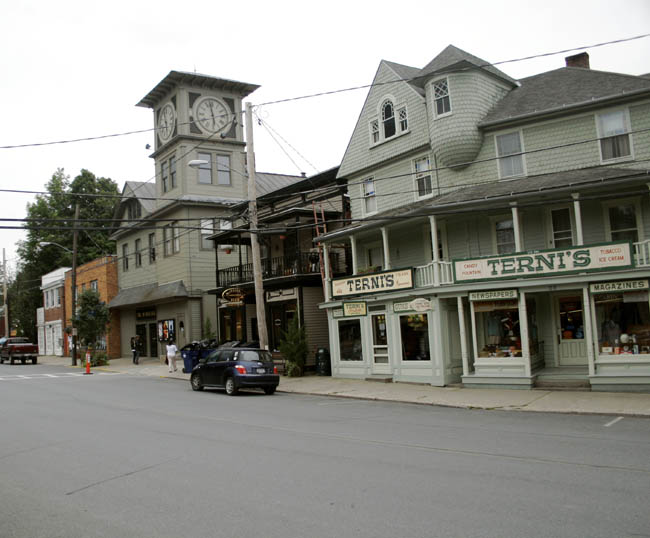 Right on the Connecticut border, off bucolic, winding Route 199, Millerton, N.Y.  is definitely a prime candidate for a second home location, if you’re in search of a nearby village with services. My favorite of those services is Saperstein’s, an old fashioned work clothing store that sells things like Wrangler jeans but also has tux rentals. Which pretty much sums up the town. There’s still a very popular animal feed store, as well as a fine tea shop. Also, as my regular readers know, it has my number one desire in a town (besides good coffee): a movie theater. I know we’re supposed to be communing with nature in our second homes, but if I’m going to spend significant time there, I need to escape to the cinema.

It’s about two hours and change from New York, but along relatively small roads (that could be considered a plus, of course), and apparently very close to the Wassaic Metro North station. There’s as much pricey real estate as affordable-ish real estate (nothing under $100K here, though), with an average listing price of $325,000 as of this writing. The downside: pretty slim pickings right now in the real estate market, unless you have more than five million to spend.