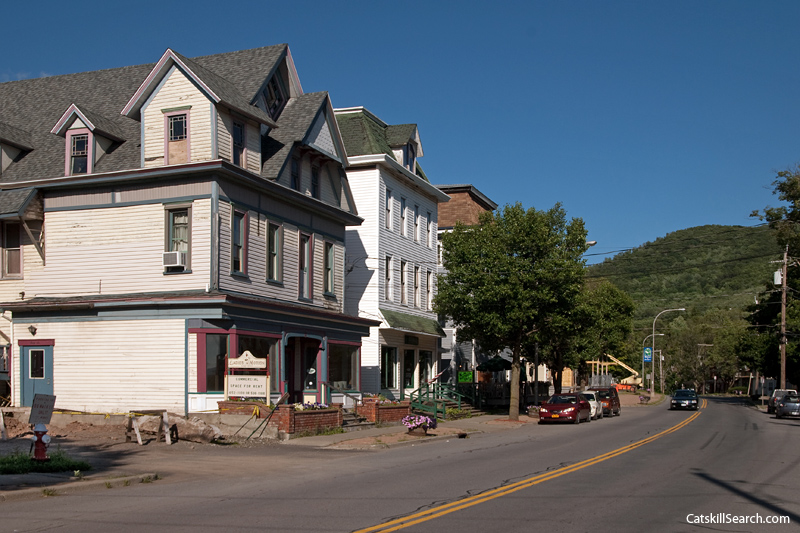 Rumor has it that the village of Stamford (Delaware County) likes to refer to itself at the “Queen of the Catskills”. That’s saying a lot, because the competition for the crown is rather stiff. There are so many great, small towns nestled into the Catskill mountains, and while we could never play favorites, we will say that Stamford is one of the good ones.

Even in the 21st century, Stamford hasn’t strayed far from its 18th century roots as a rural farming area. The area boomed in the late 19th century as a rail town loved by tourists, and now, Stamford has settled into what seems to be a middle ground between Catskill tourist destination and farming community.

Stamford rests in the shadow of Mount Utsayantha (here’s a good little history lesson on the mountain), which is good place to catch the view and explore the fire towers. Currently, there’s a plan floating around to open a park at the top of the mountain. 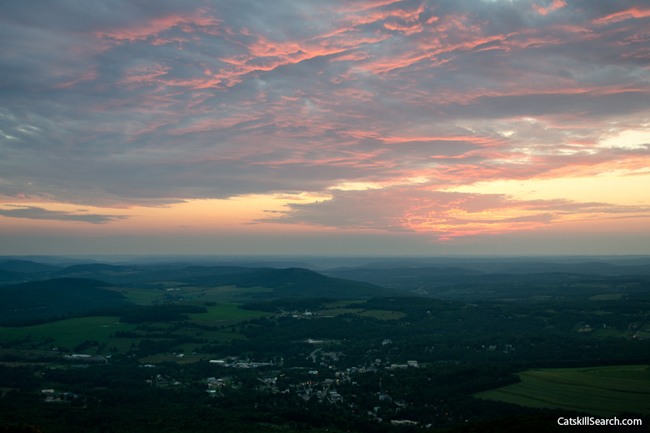 The village is easily walkable, as its total area consists of just over a mile. There are a few shops, restaurants, and B&Bs in Stamford, and the Catskill Scenic Trail runs through the southern portion of town and parallel to Route 10 south and east in the other direction to just outside of Grand Gorge.

There’s not a lot for sale in Stamford right now, but we like what’s available. Stamford real estate is a mix of vacation home/ski getaways (Hunter and Windham Mountains are nearby) and inexpensive properties on lots of land.

Check out the village website for more Stamford haps. 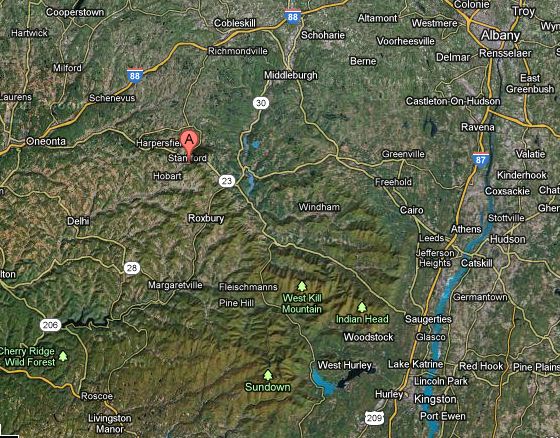