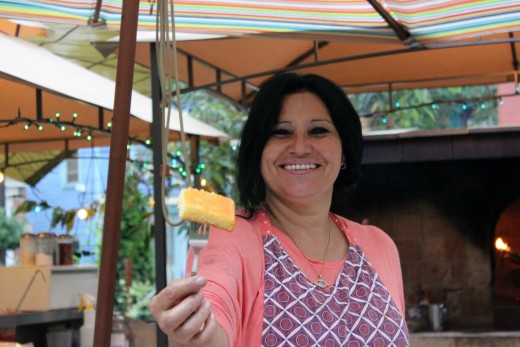 Nobody has ever argued against travel being rewarding. Wherever we may go, we get to experience a litany of diverse and different cultures, learn about vast and complex histories, and try lots of new food… but especially try new food. Many of these exotic dishes, however, share a common subtle note lurking in the background: the bittersweetness of knowing we may never taste something quite like them again. And how many woeful defeats we’ve suffered at the hands of a restaurant back home we once believed to be authentic, and returned, palate refined, to be disappointed. Excellent news, then, for travelers to the Eastern Mediterranean: the Garden House in Rosendale is about as representative and faithful as you’re likely to get. 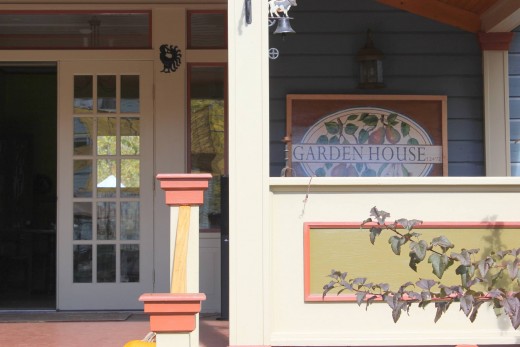 Opened just last summer, the Garden House is the newest endeavor by Rosendale royalty Uval and Lisa Sterer. With these two behind it, a Mediterranean/Middle Eastern restaurant in Rosendale suddenly makes a lot of sense. For those who don’t live in Rosendale, first of all maybe you should think about it, and second they are the proprietors of The Big Cheese, proud hawkers of some of the best cheeses, freshest produce, and best lunches in (at least) Ulster County. Although The Big Cheese has always had a Mediterranean bent, their interest in the cuisine is given a chance for full expression at the Garden House. As one of the aforementioned listless and woeful travelers I was delighted to find it to be really authentic, the likes of which are fairly rare in these parts.

The key to their success has got to be the chef, Nahida Hamdan. She’s the real deal, raised in Jordan and trained in Dubai, so to say she’s familiar with the region would be an understatement. I was surprised and delighted to find flavors in her food I thought I’d never taste again. The kofta kabob was delicious, but more than that it was reminiscent of some of the food I got to try on my own travels. I asked Nahida about it and she said the trick was to use Arabic 7-spice, but before you go on epicurious to make your own I’ll save you the trouble; every resource I checked was inconsistent at best (and some even had trouble counting to 7). Authentic spices, Nahida says, are the most difficult ingredients to procure, but not impossible. Joli, my charming server, offered enigmatically, “Uval has a lot of connections.” Fresh produce and meat, on the other hand, are relatively straightforward. Through their experience at The Big Cheese, the Sterers have established the relationships and infrastructure to procure some of the freshest and local-est vegetables outside of your own garden. They also serve “only ethically-sourced meats and sustainably-fished seafood,” according to their website, and my taste-buds.

My favorite part about it, however, was what Nahida called Arabic salad, the flavor was instantly recognizable to me. Served cool, it had the crunch of cucumbers, the zest of parsley, and the tang of lemon juice, but one special ingredient that brought it all together; dried mint. Seeing mint in savory dishes was one of the biggest surprises during my own travels, and finding it delicious was a surprise in itself. The biggest surprise, however, was finding it wonderfully represented at a great restaurant practically in my own backyard. Definitely takes some of the lament out of travel.