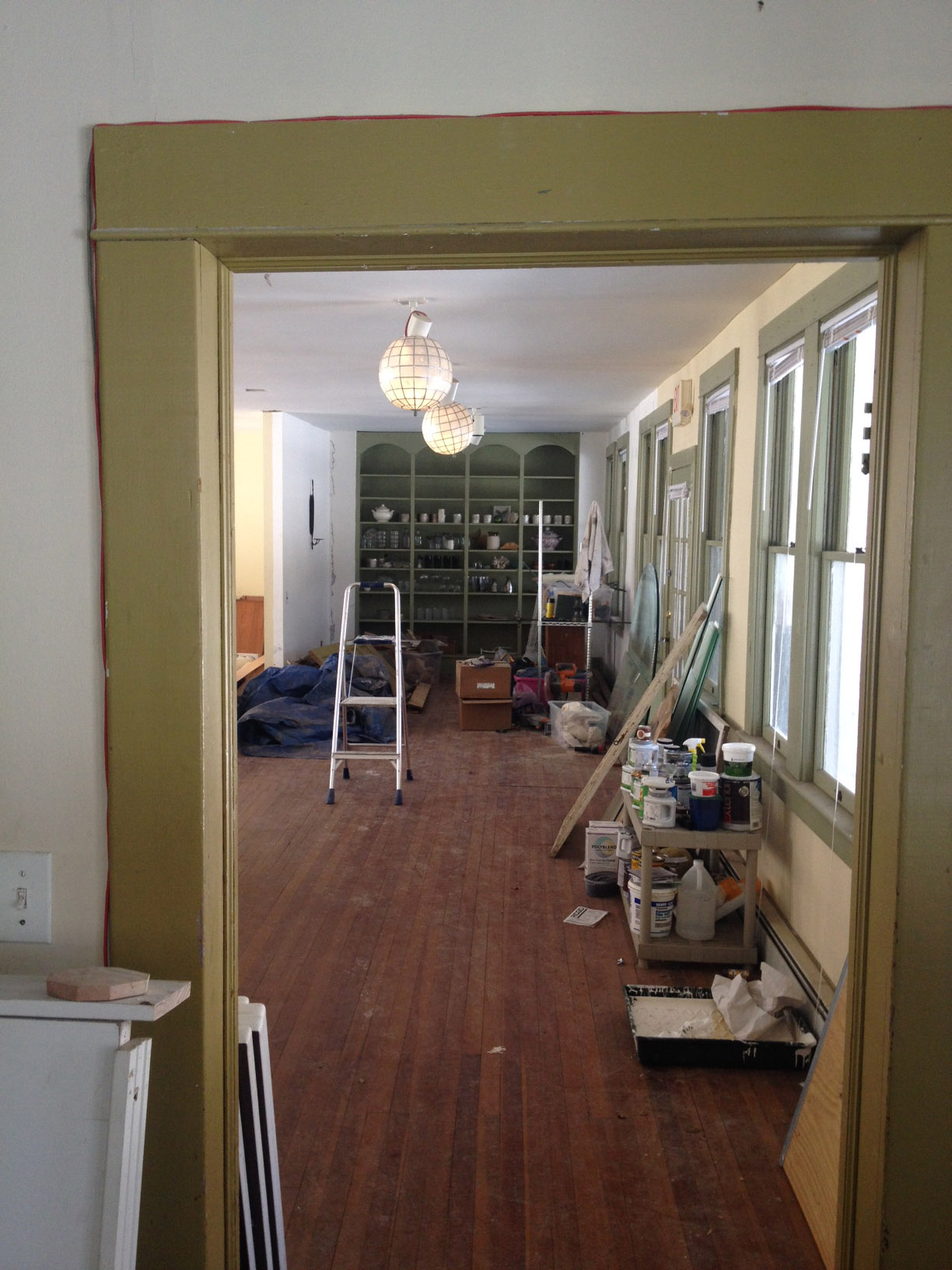 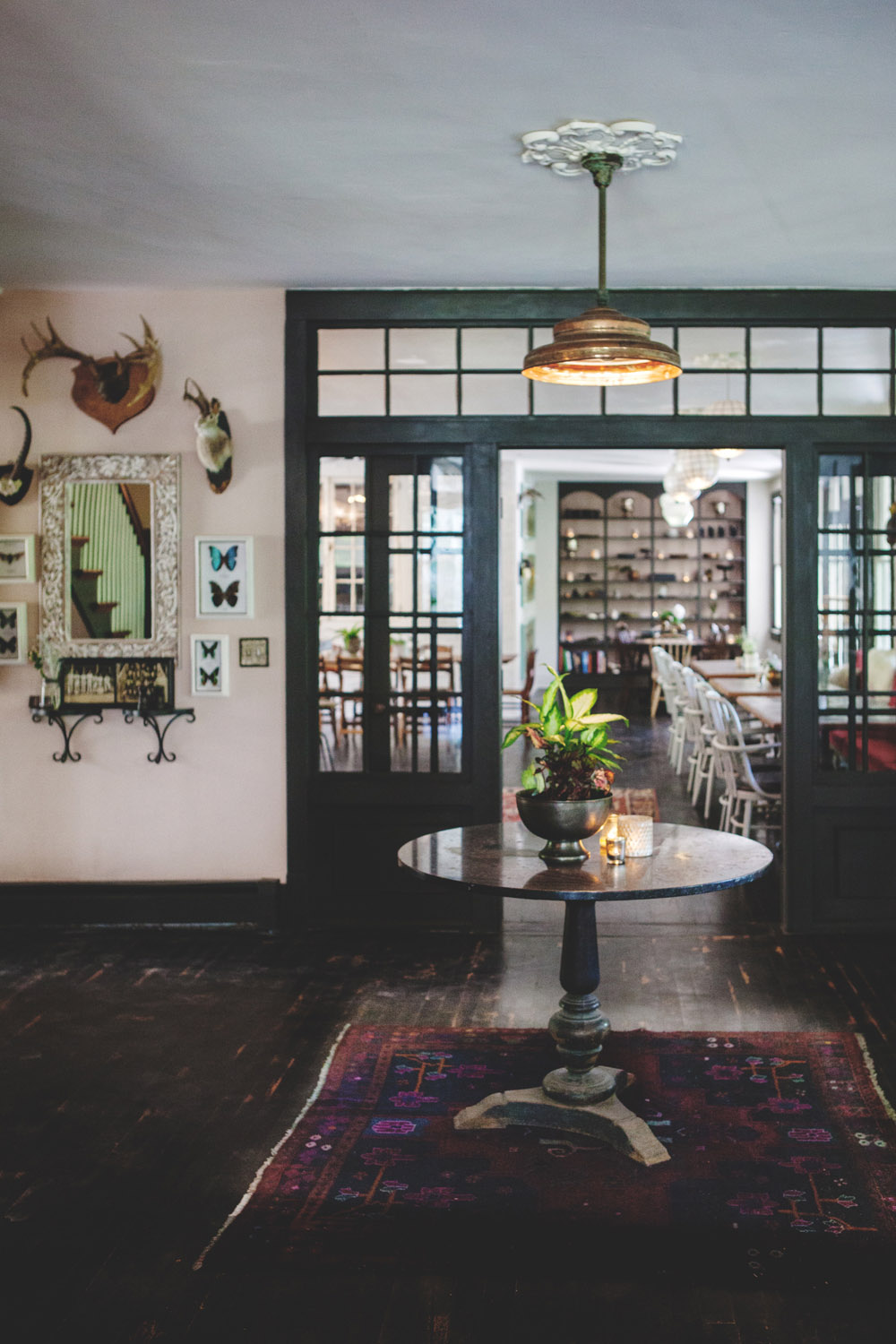 The first time Tim and I walked into the 100-year-old dilapidated building that is now Foxfire Mountain House, we walked out again in less than five minutes. It was a wreck in need of a new roof, structural fixes, plumbing and electrical updates, and a cleaning out so massive it seemed truly beyond possible at first glance. We got in the car and drove away. But then, the way an old house will sometimes, it stayed in our imagination and started to look better as we remembered it – there was the architecturally pretty belfry on top, the 72’ long front veranda with a row of stately columns, a pond with a wooden bridge over it by the outdoor pavilion, the private cottage that opened into an open space with a cathedral ceiling. Maybe it wasn’t so bad? We went back. It was still bad…but maybe not so bad.

We saw possibilities in the large main floor rooms and the guest rooms upstairs. We liked the ten private acres with woods and mountains surrounding it. Out of nowhere, we suddenly felt an attachment and we got excited. The rose colored glasses were firmly on and a spark of fondness began that has only deepened through all the work we’ve done to turn the building into a comfortable and stylish inn. 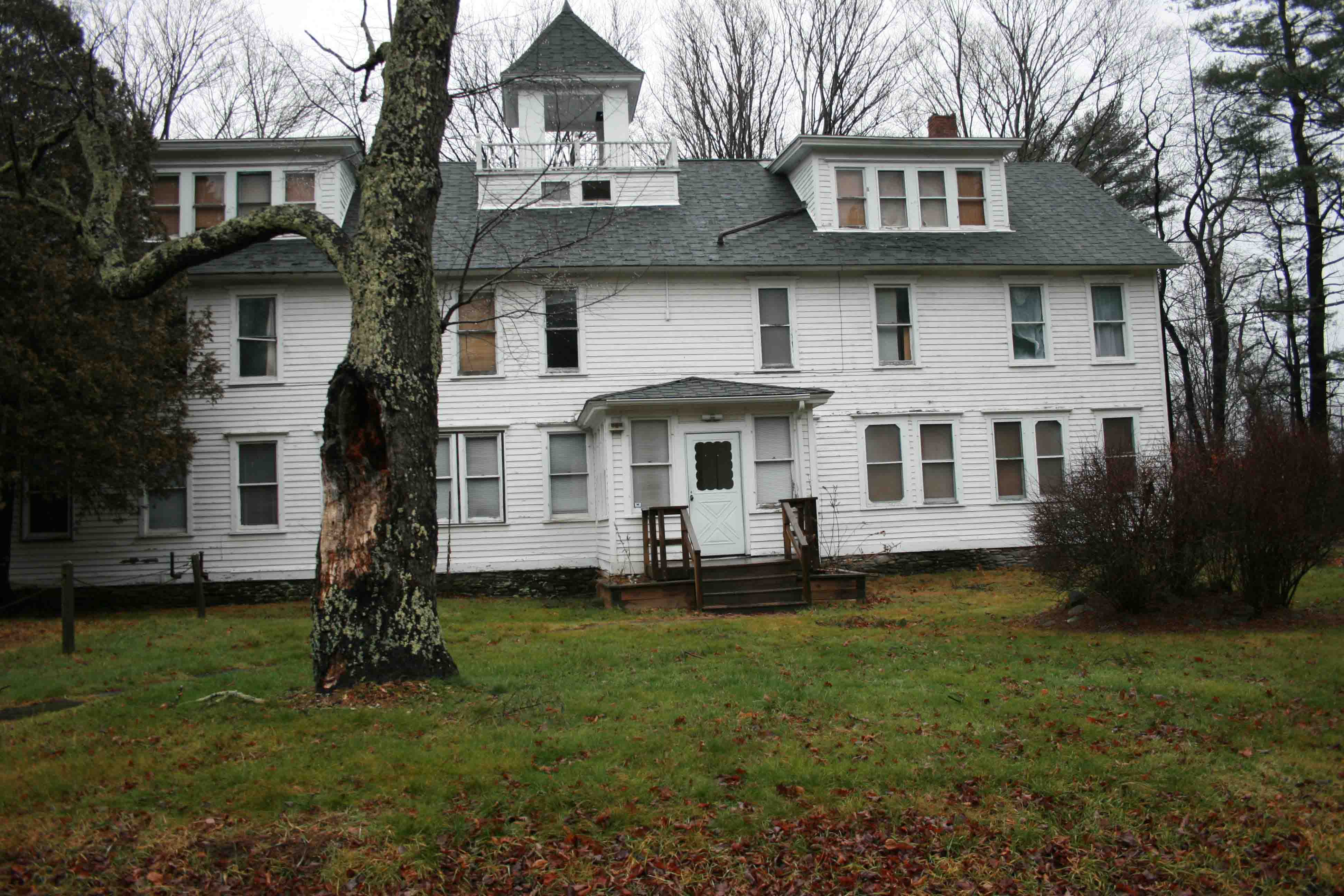 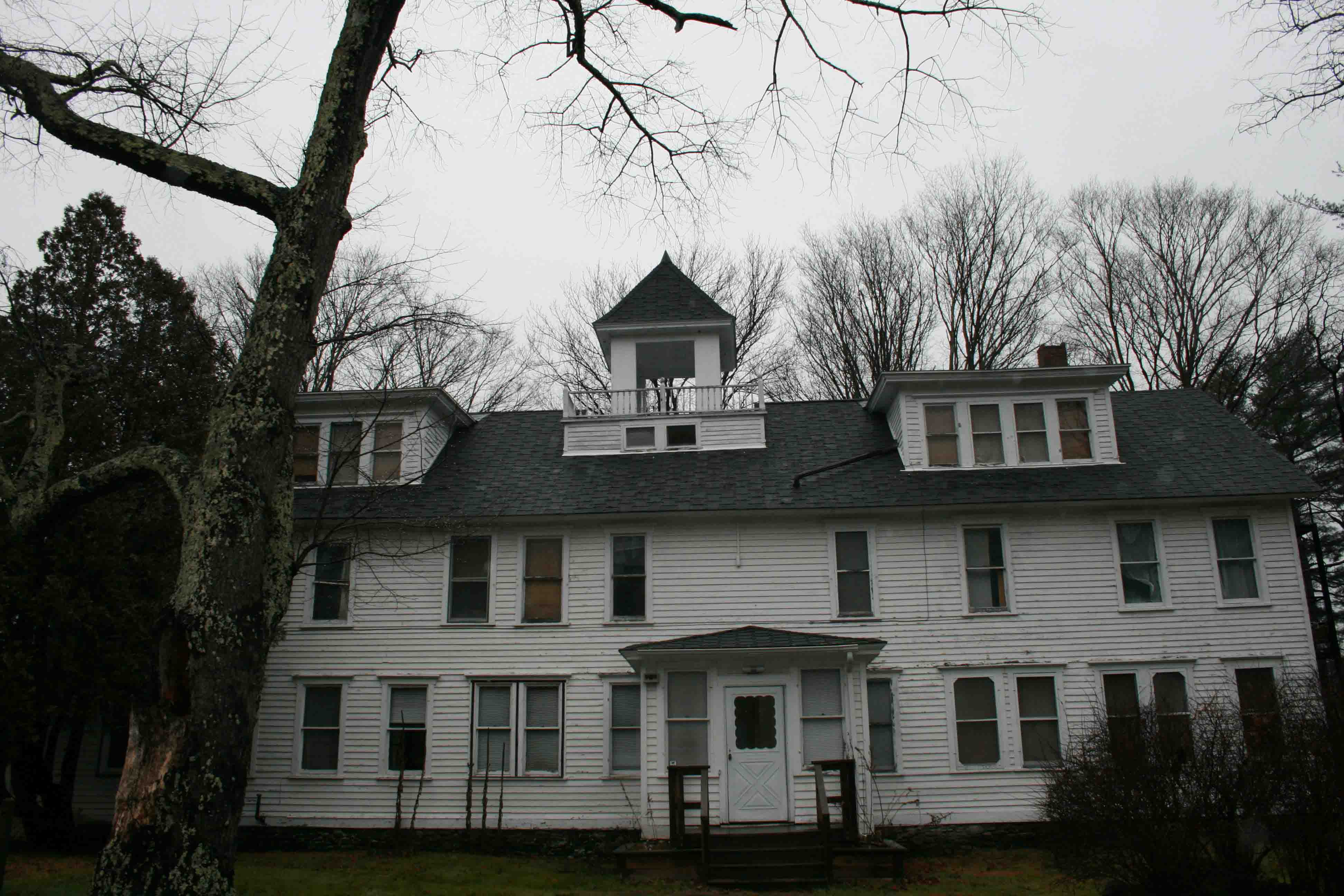 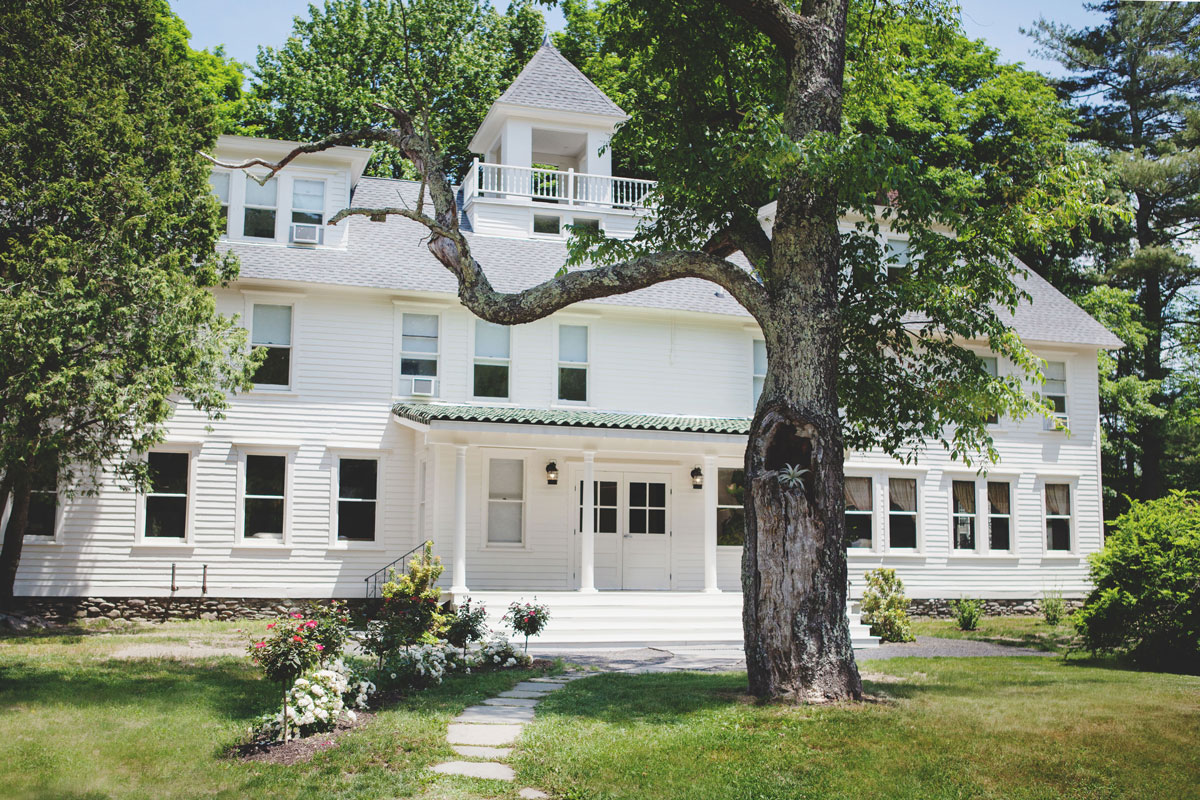 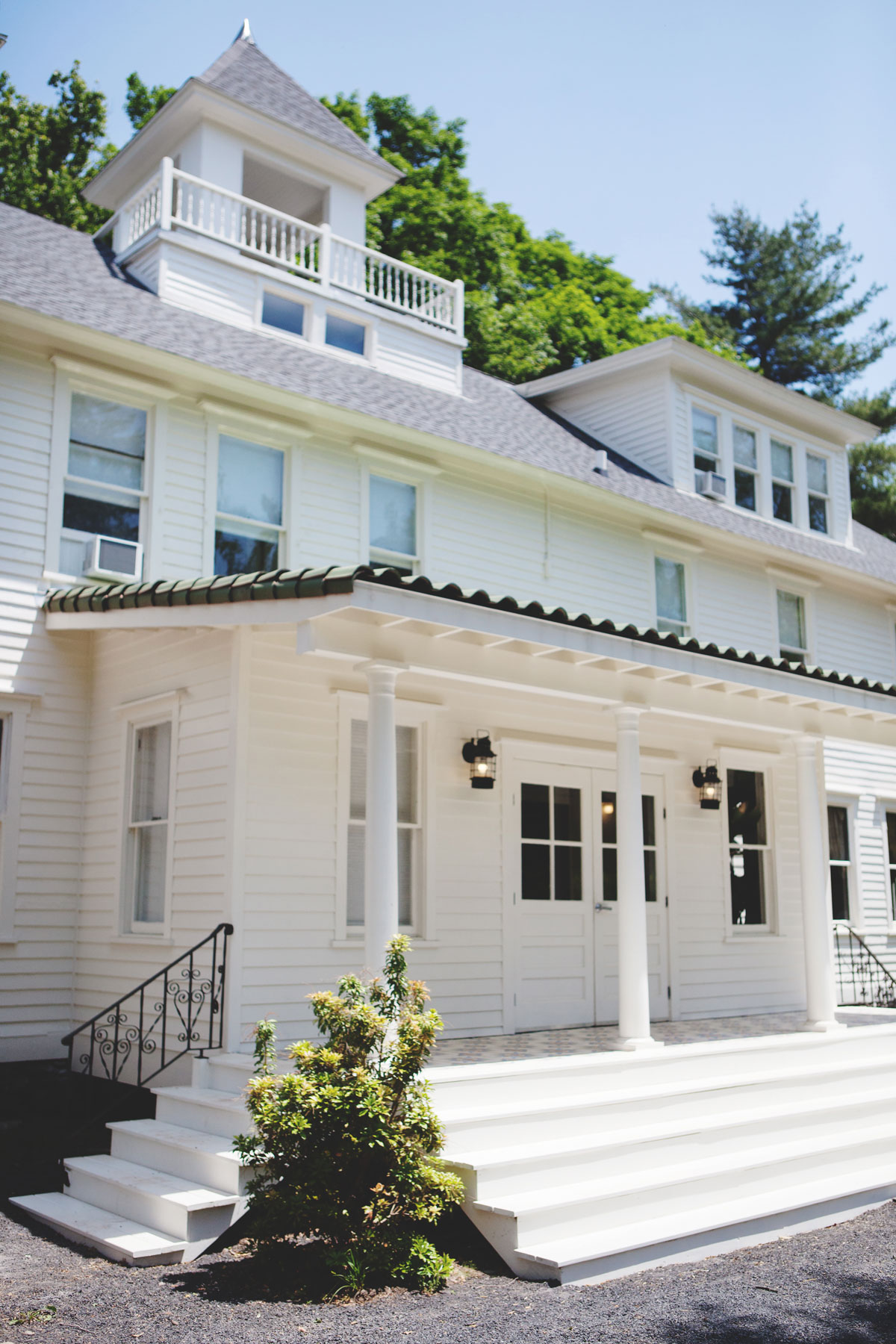 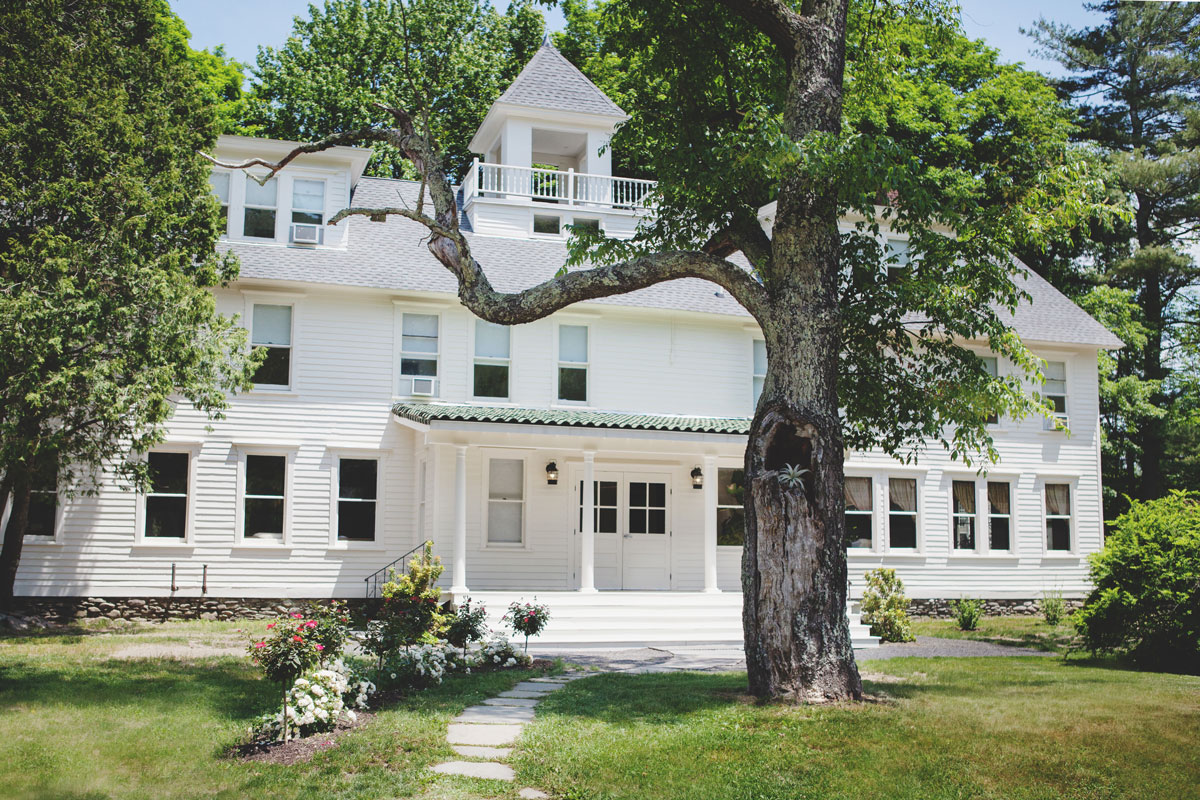 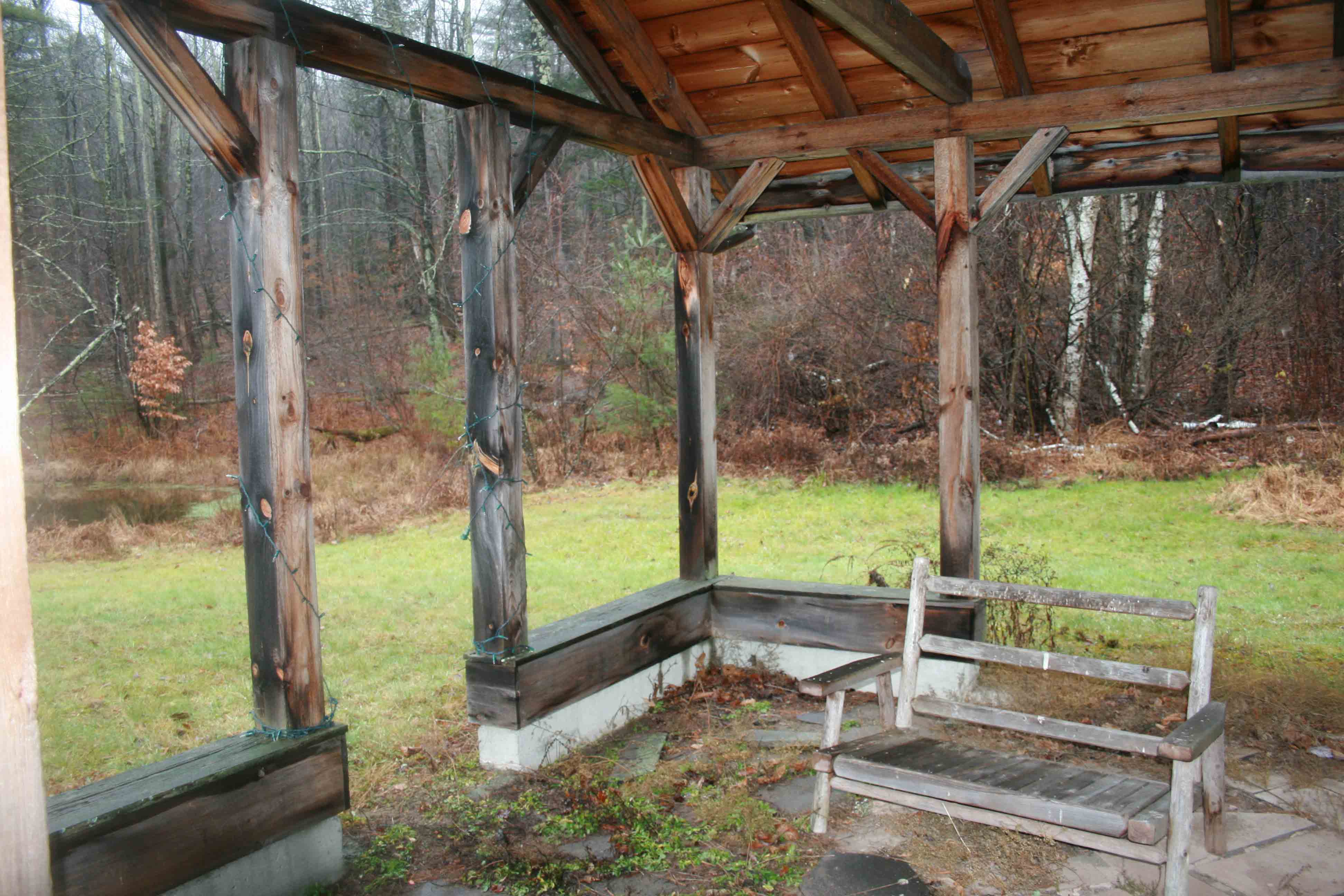 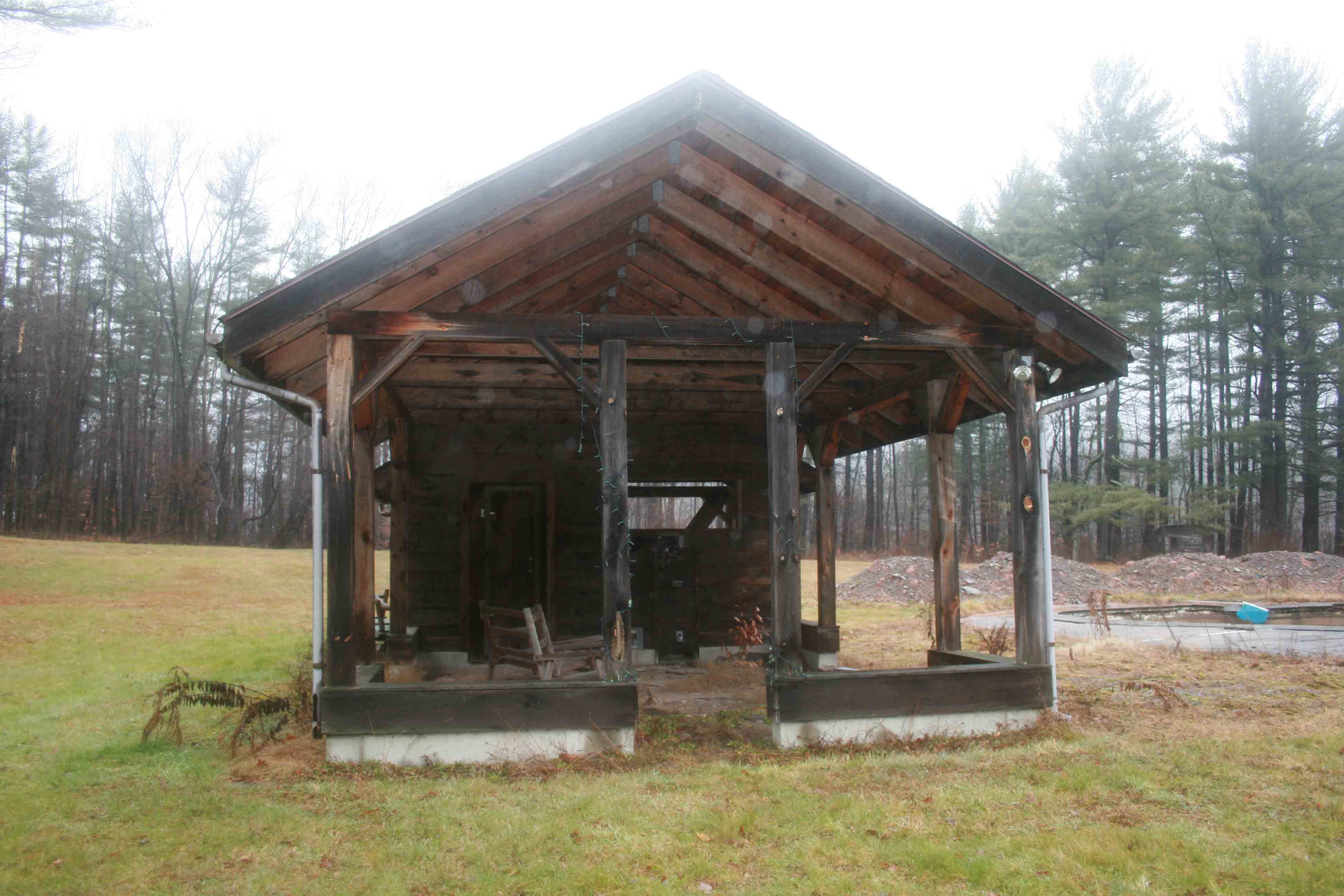 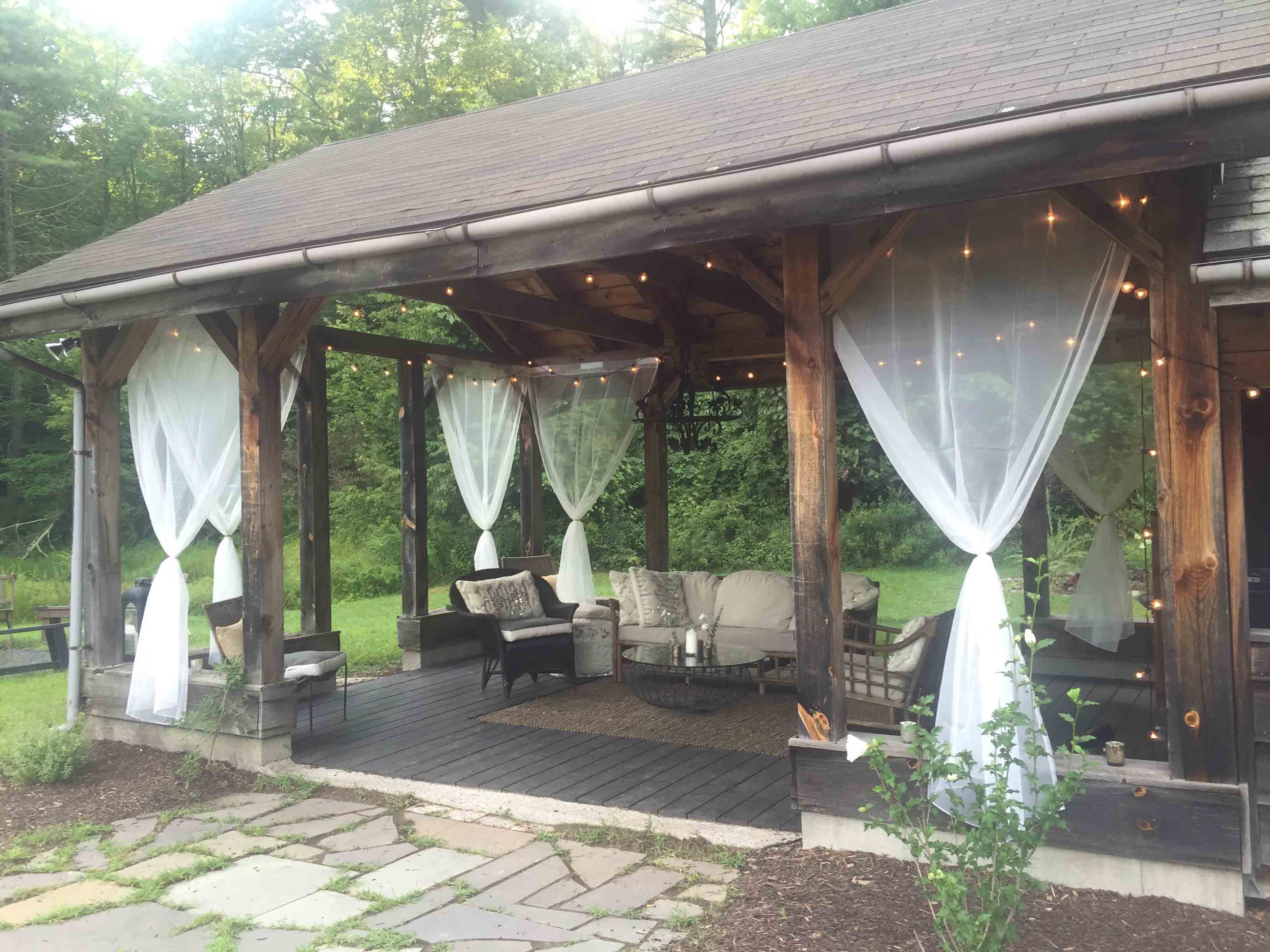 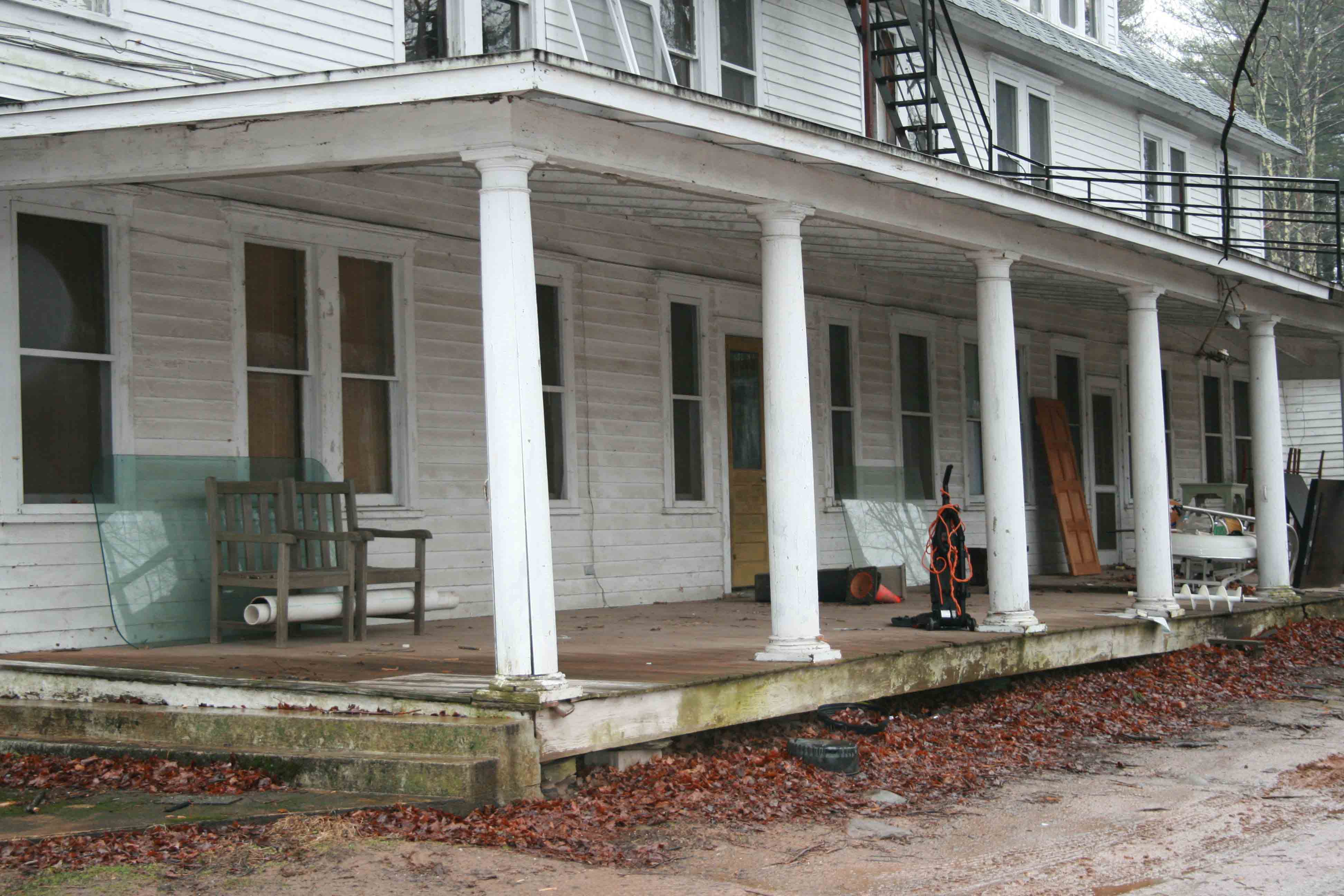 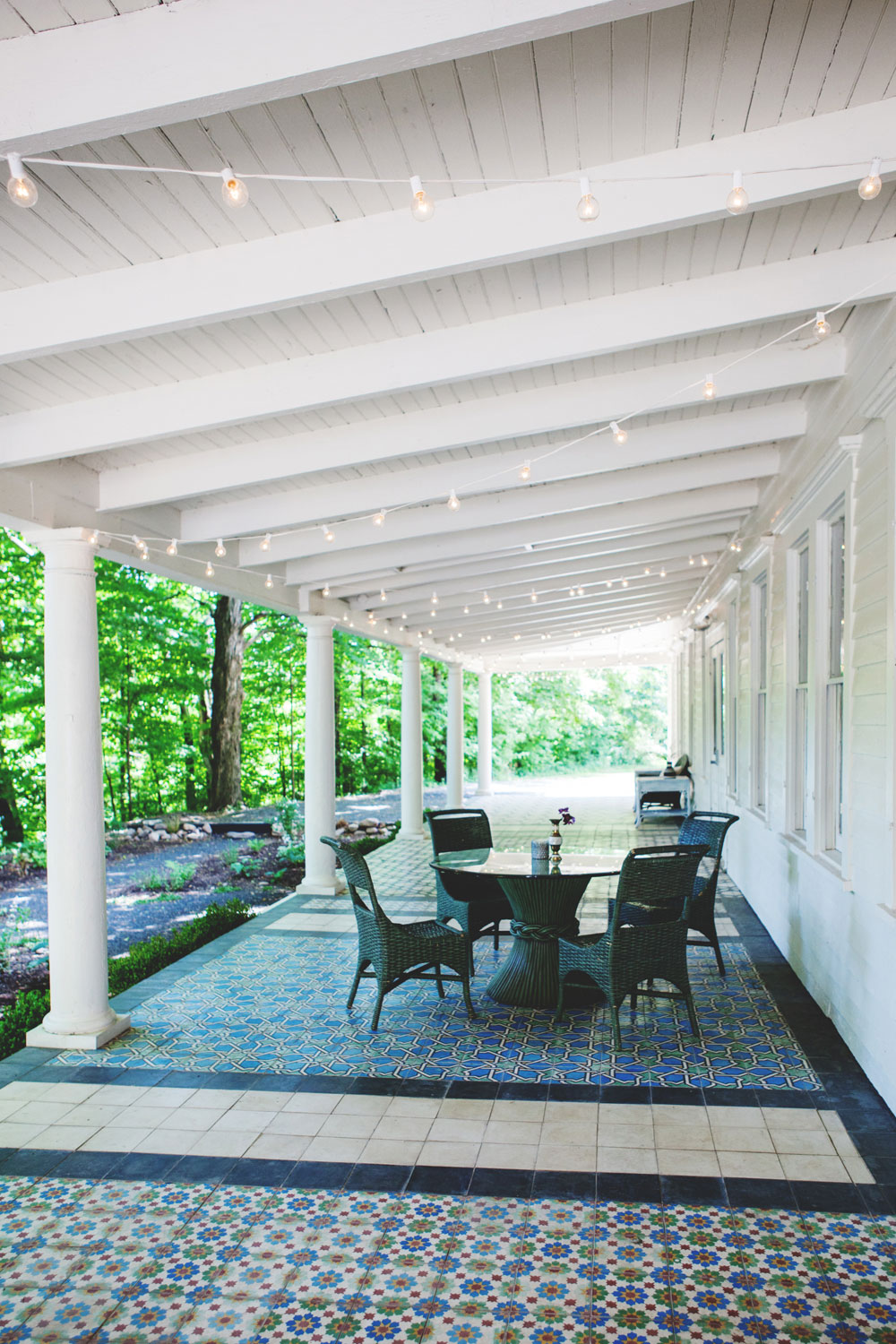 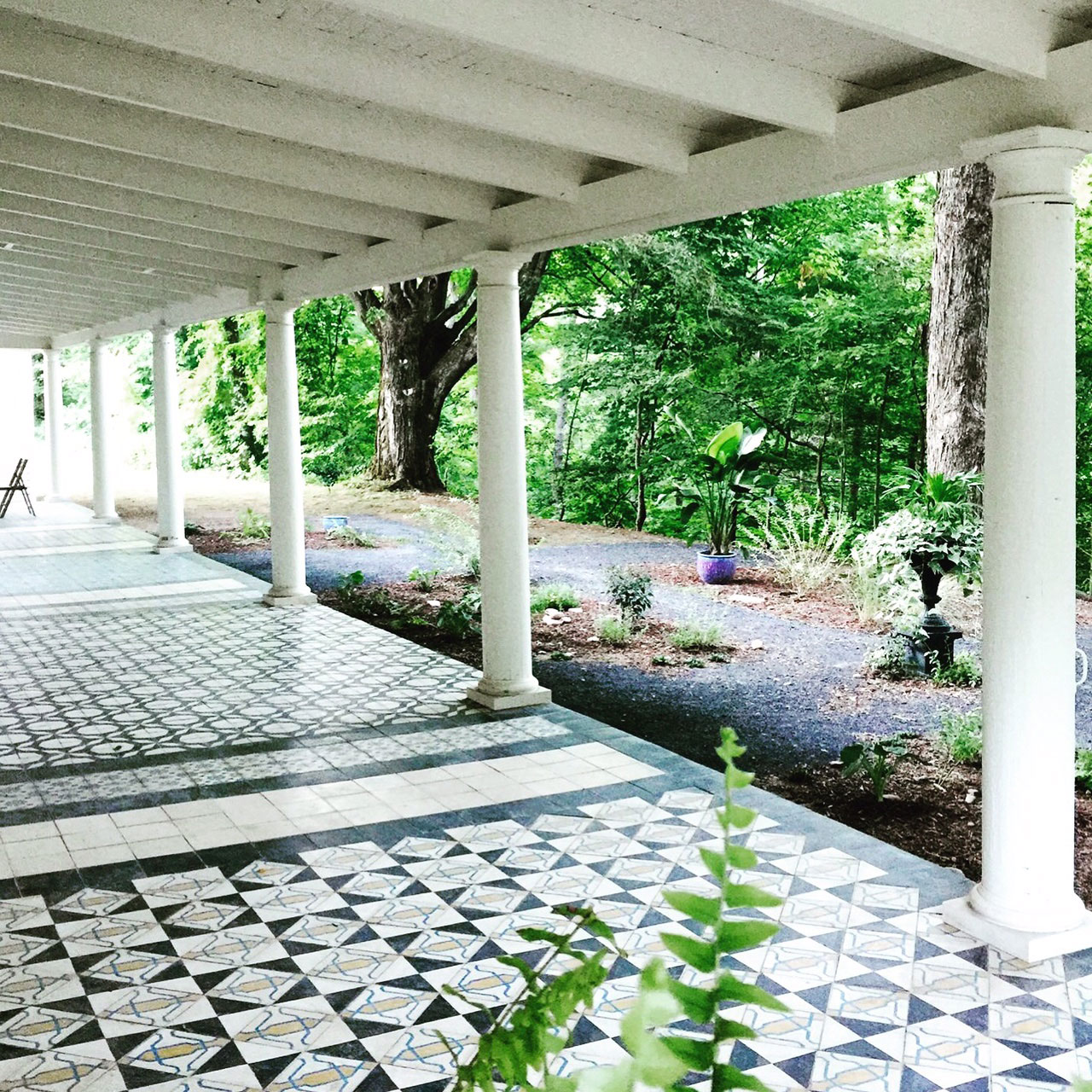 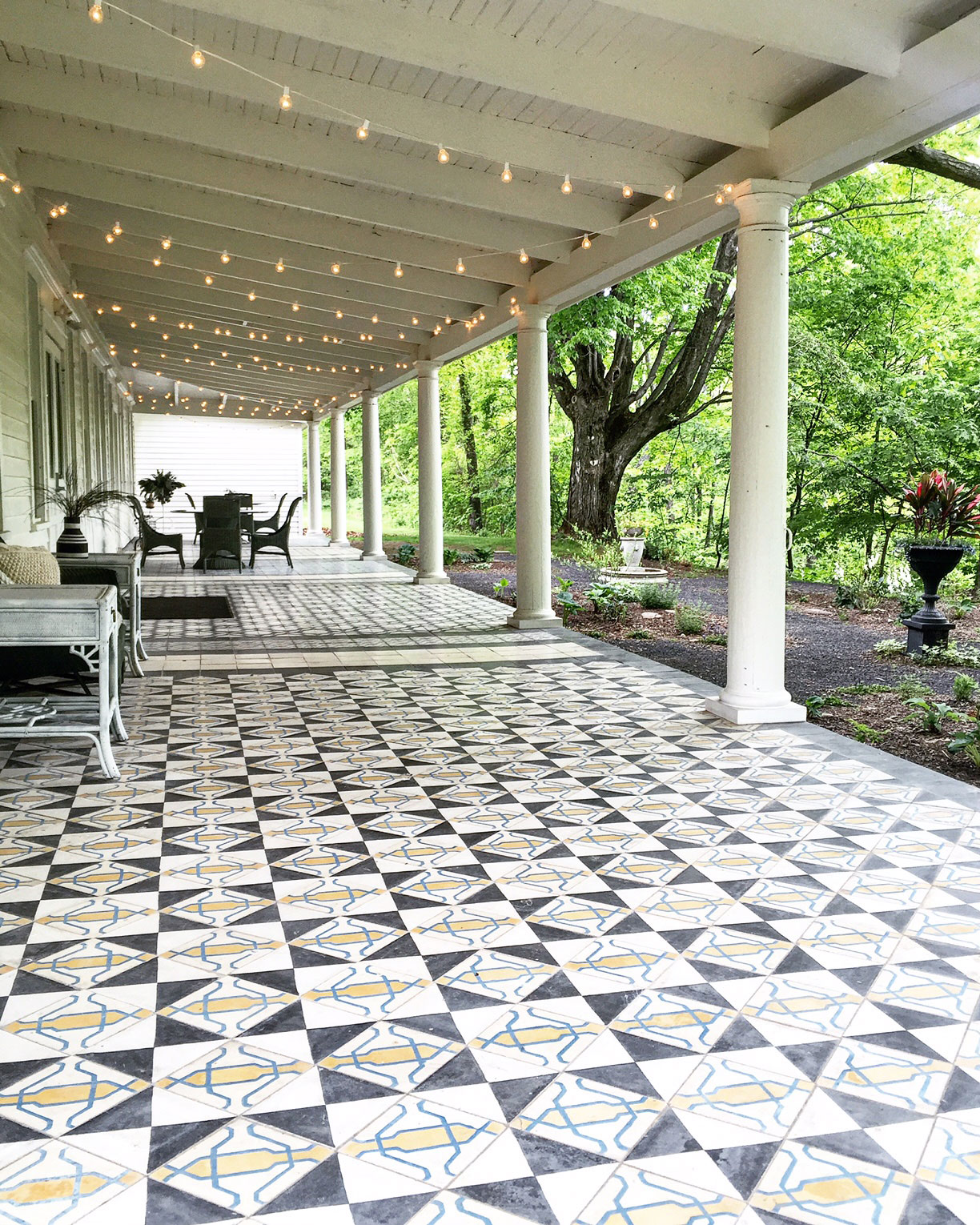 We did a ton of the work ourselves because we had to on the budget (or lack of) that we had, especially at the beginning. Friends and family counseled us that our marriage would suffer under the strain of the renos and the tight finances. Together we learned to tile, paint like a pro, and work various saws and drills and sanders. (Thank you youtube for all the help.) We swallowed pounds of drywall dust, dirt, and mouse poop as we cleaned and lived a d.i.y life for the two years the renovations took. The best part of it all was hatching plans for what we wanted to do, how we wanted to decorate, the vibe we wanted to create, then shopping for salvaged windows, tiles, doors, sinks, furniture, you name it. We drove all over New York and New Jersey in rental trucks to pick up craigslist finds and hit every antique and thrift store along the way. Foxfire became all we thought and talked about. Blood, sweat, and tears, for sure. All three from both of us. But there was always that spark. That initial excitement and attachment we felt that turned into a responsibility to save this old building from ruin.

And now there’s pride that we did it. The 11-room inn with a bar room and 3-bedroom cottage is open and we’re busy – touch wood it stays that way. We have a ton more ideas for improvements and expansion and we’re still hatching plans. On moonlit starry nights when Foxfire is aglow with lights and music and guests inside, Tim and I watch it from outside and it looks like it’s always been that way. We’re solid, the building is solid, and it’s the right kind of perfect, which isn’t really, but is all you need. 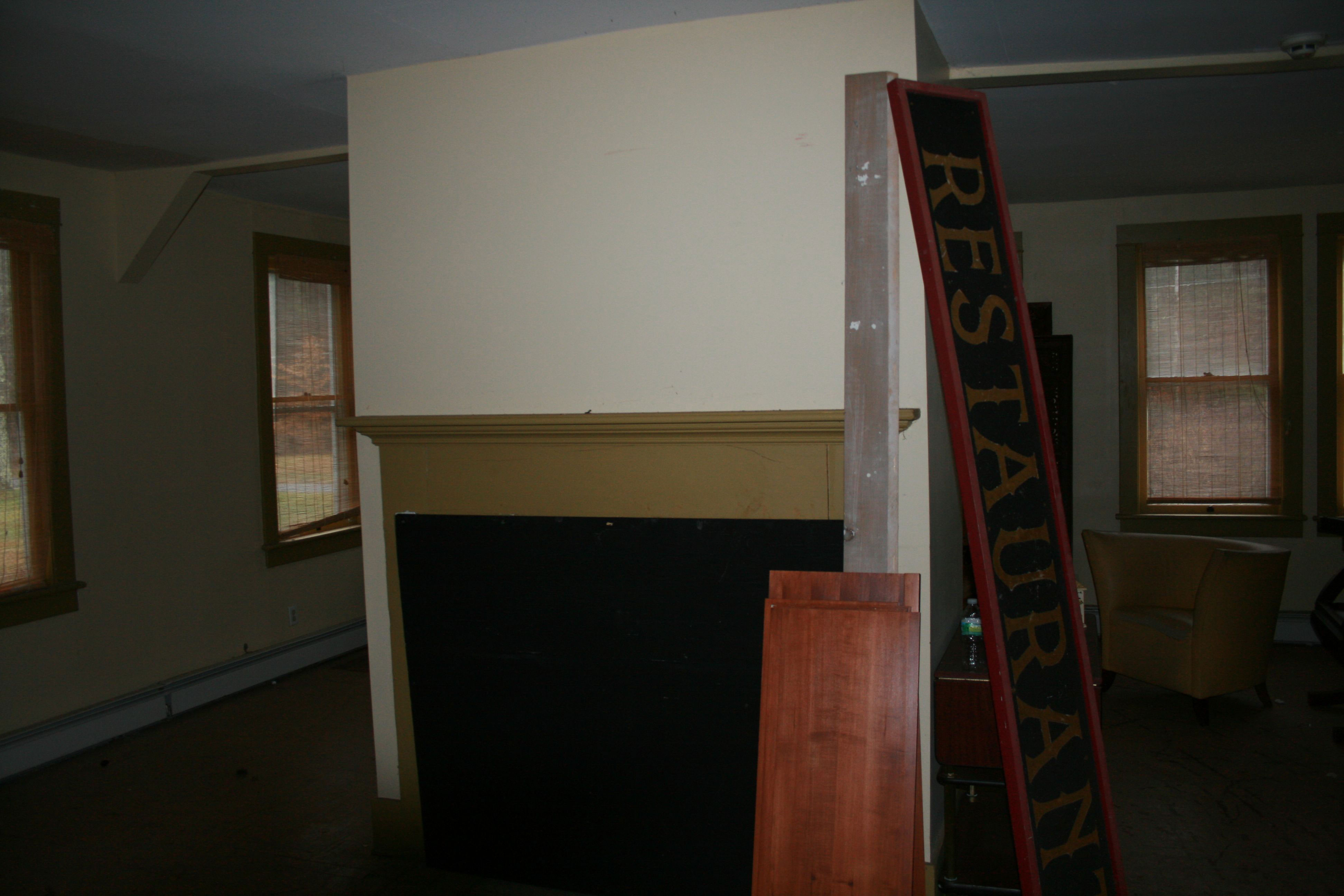 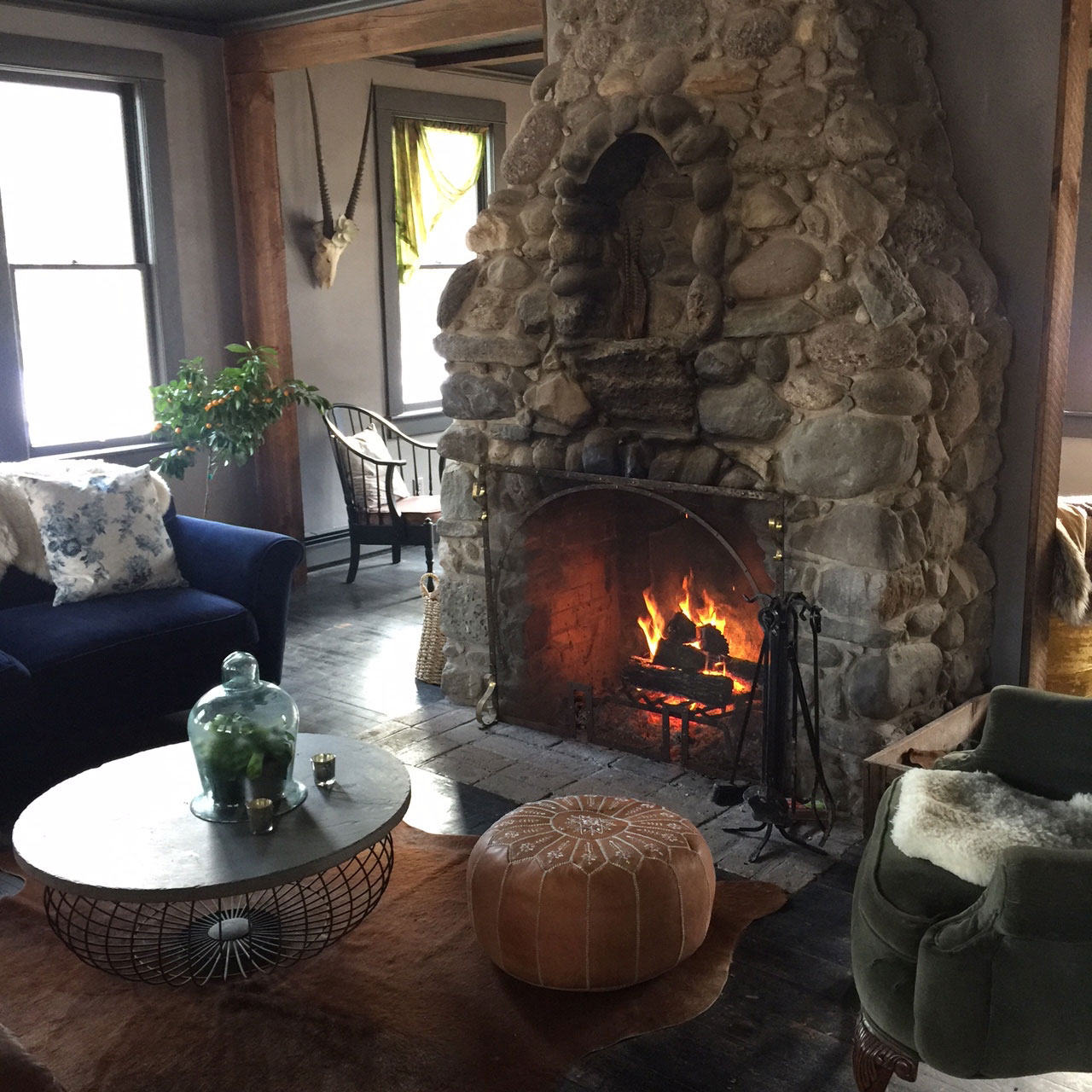 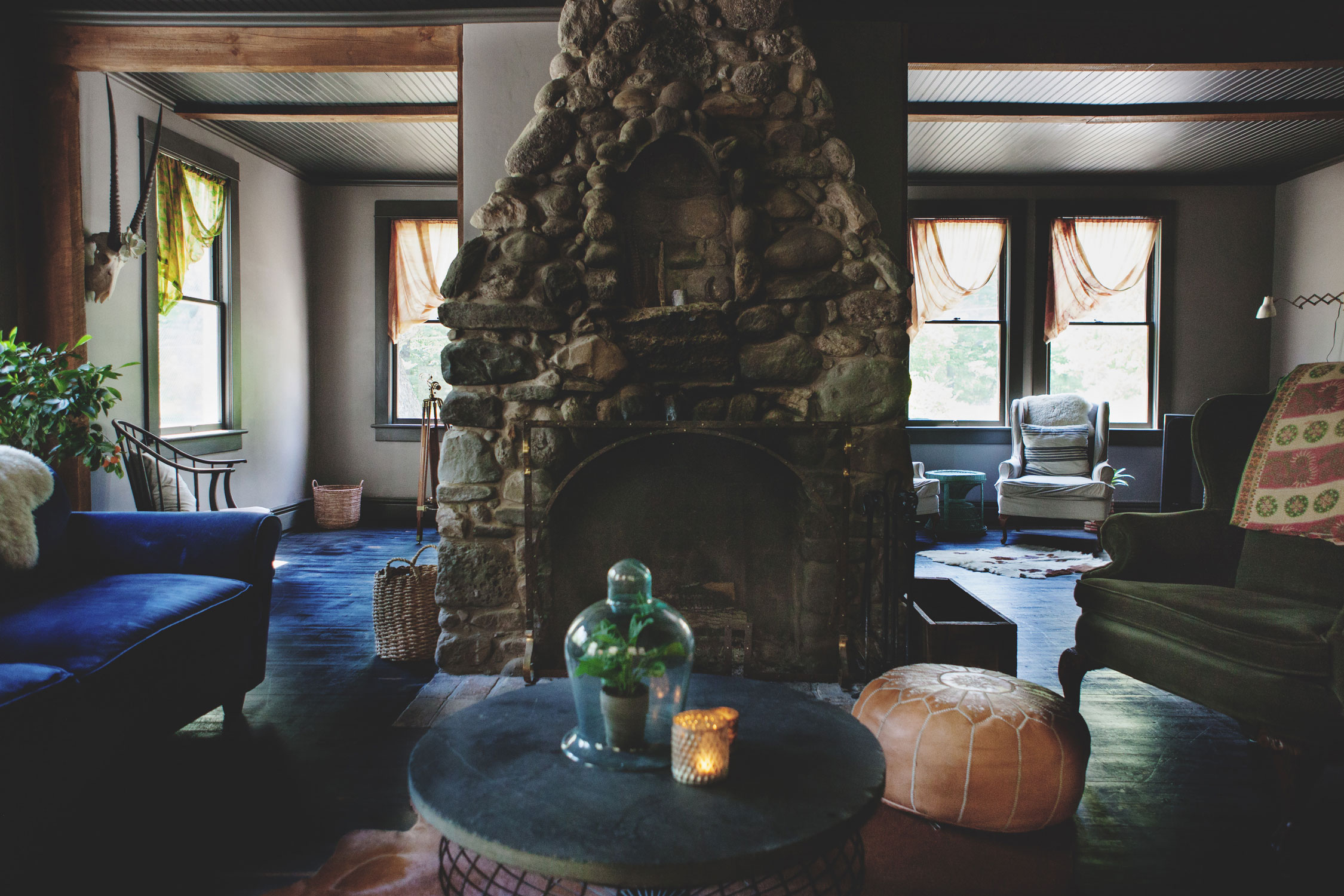 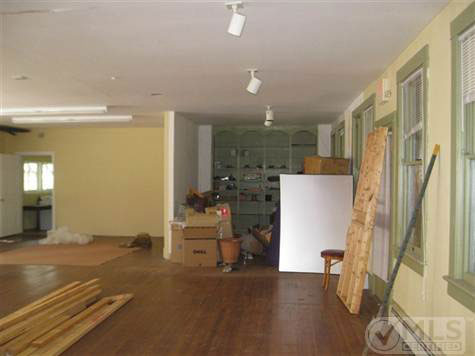 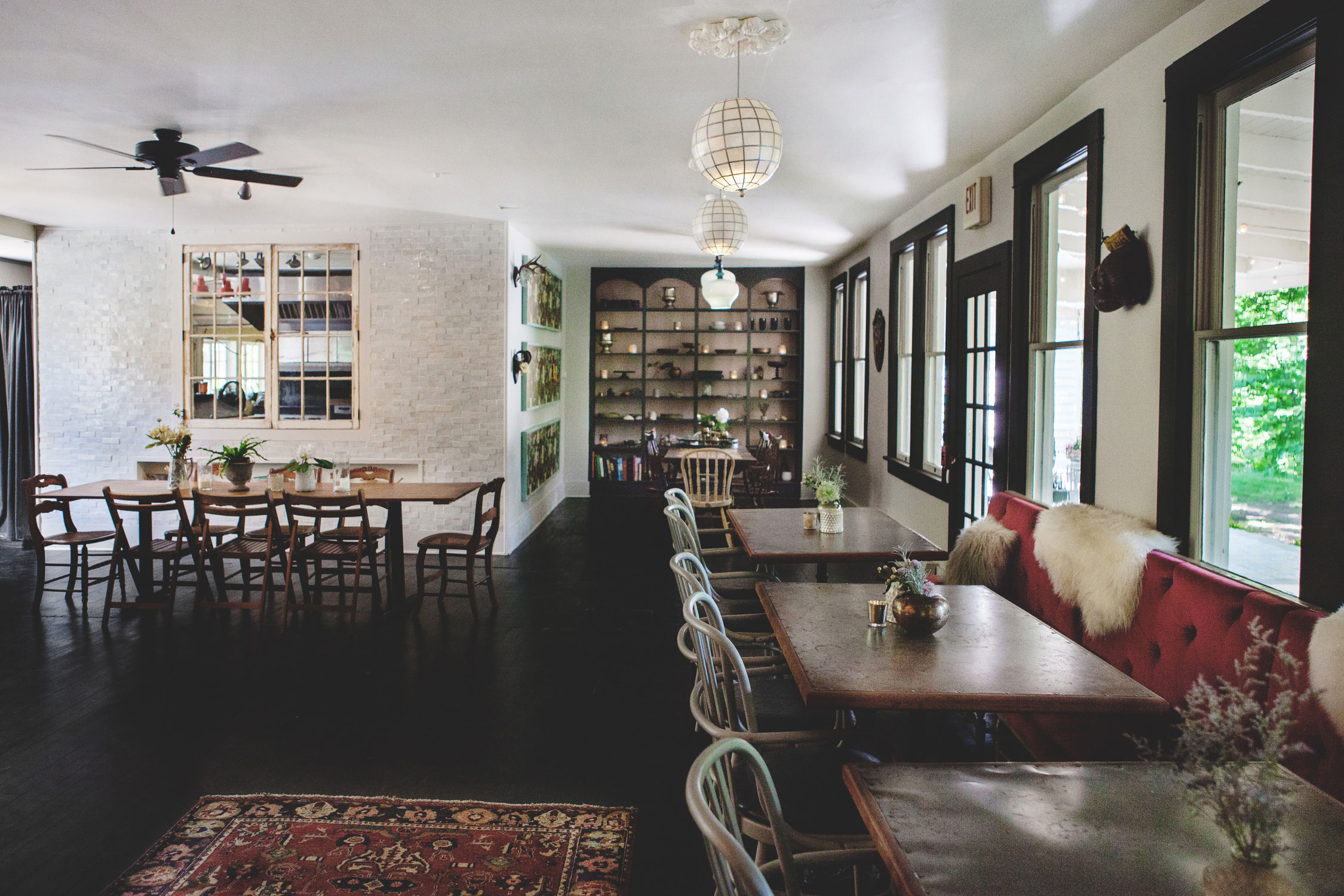 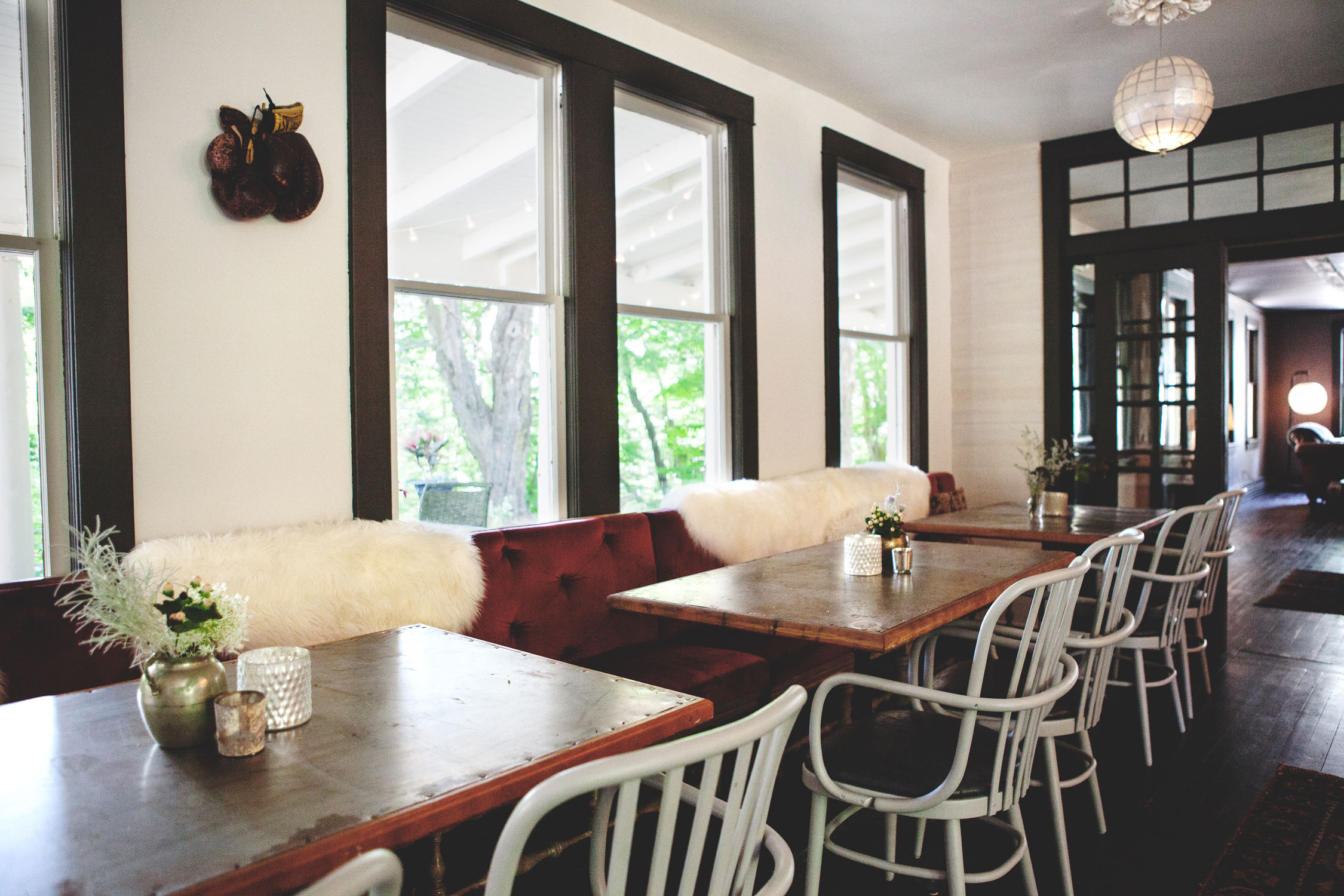 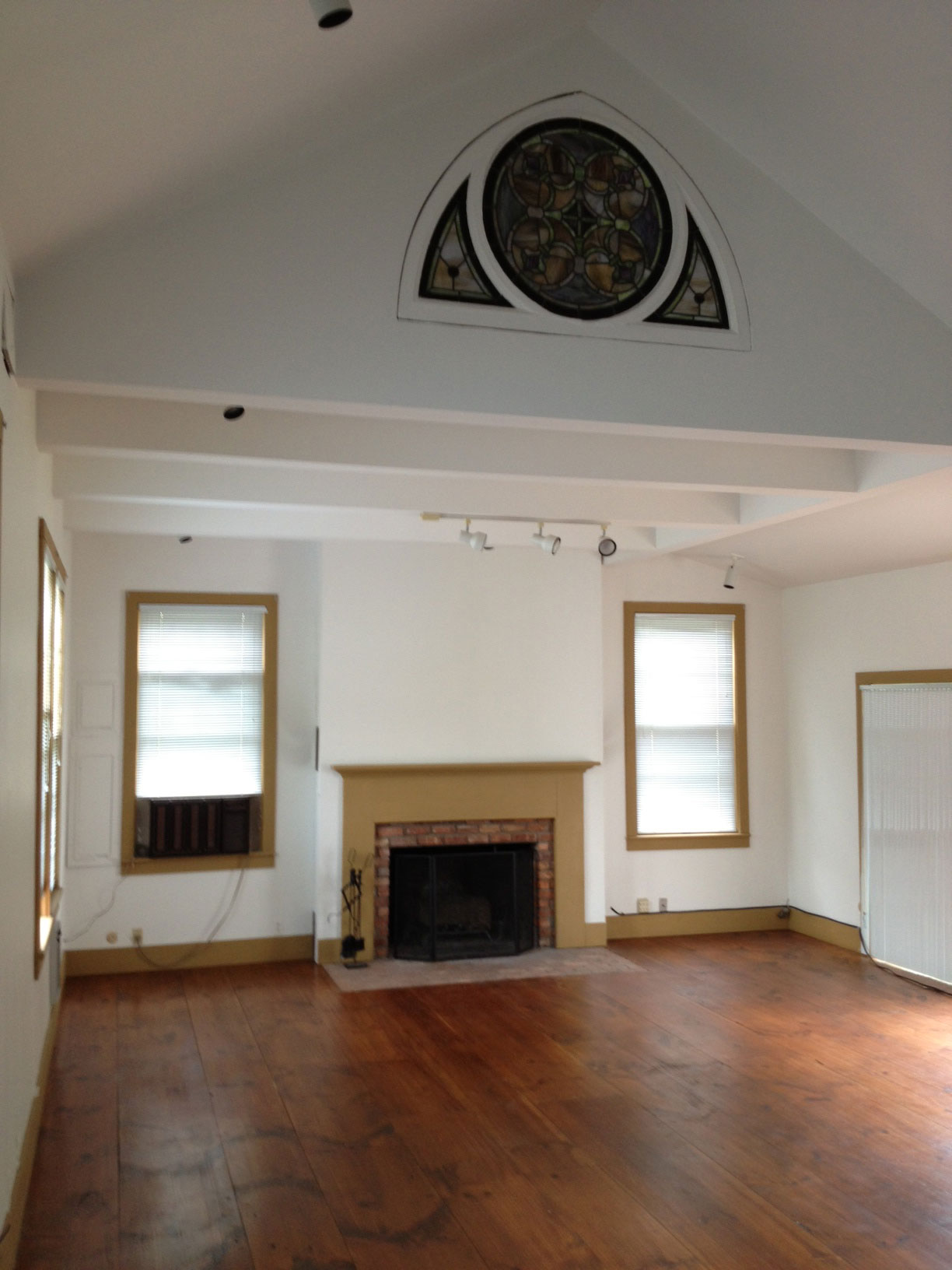 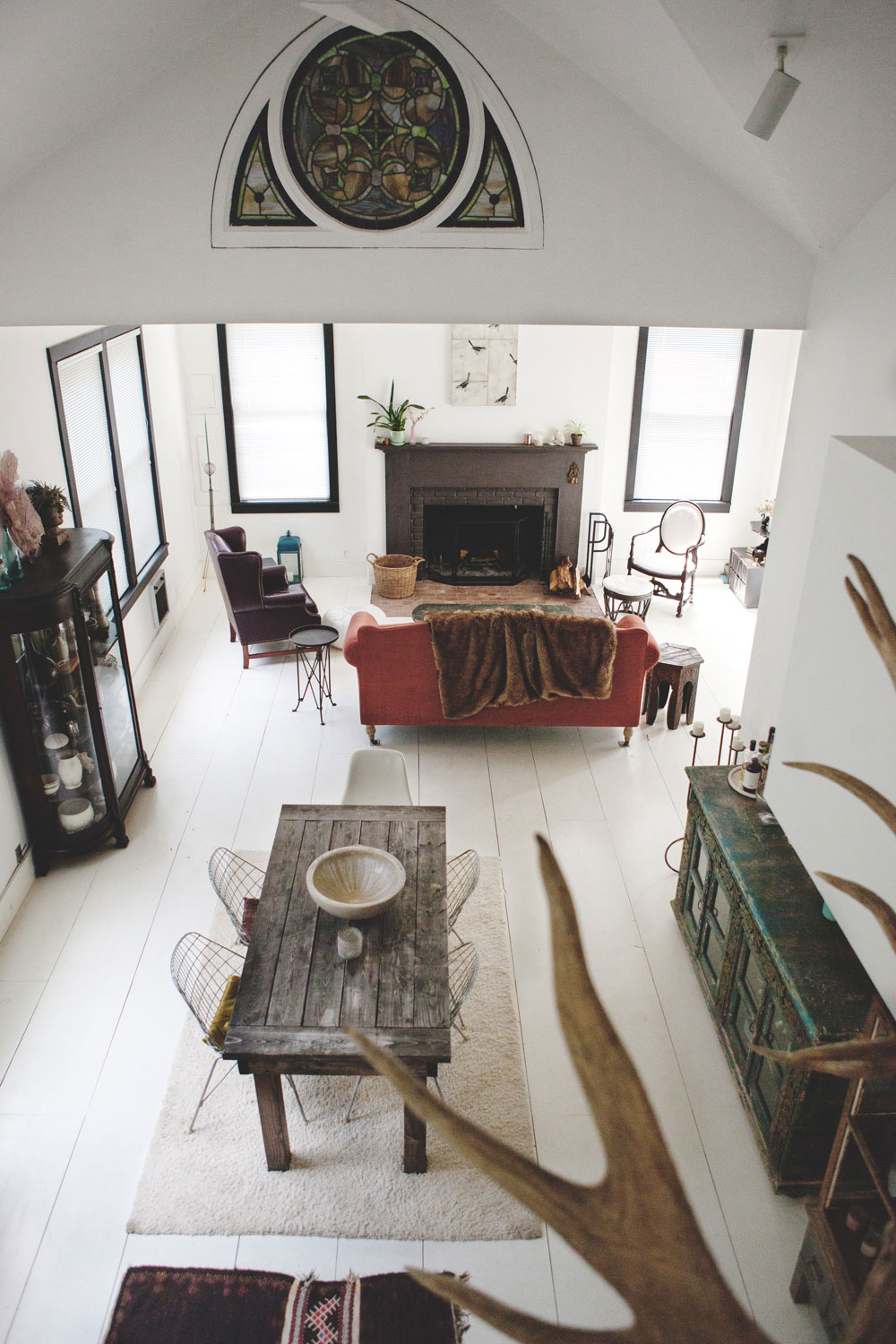 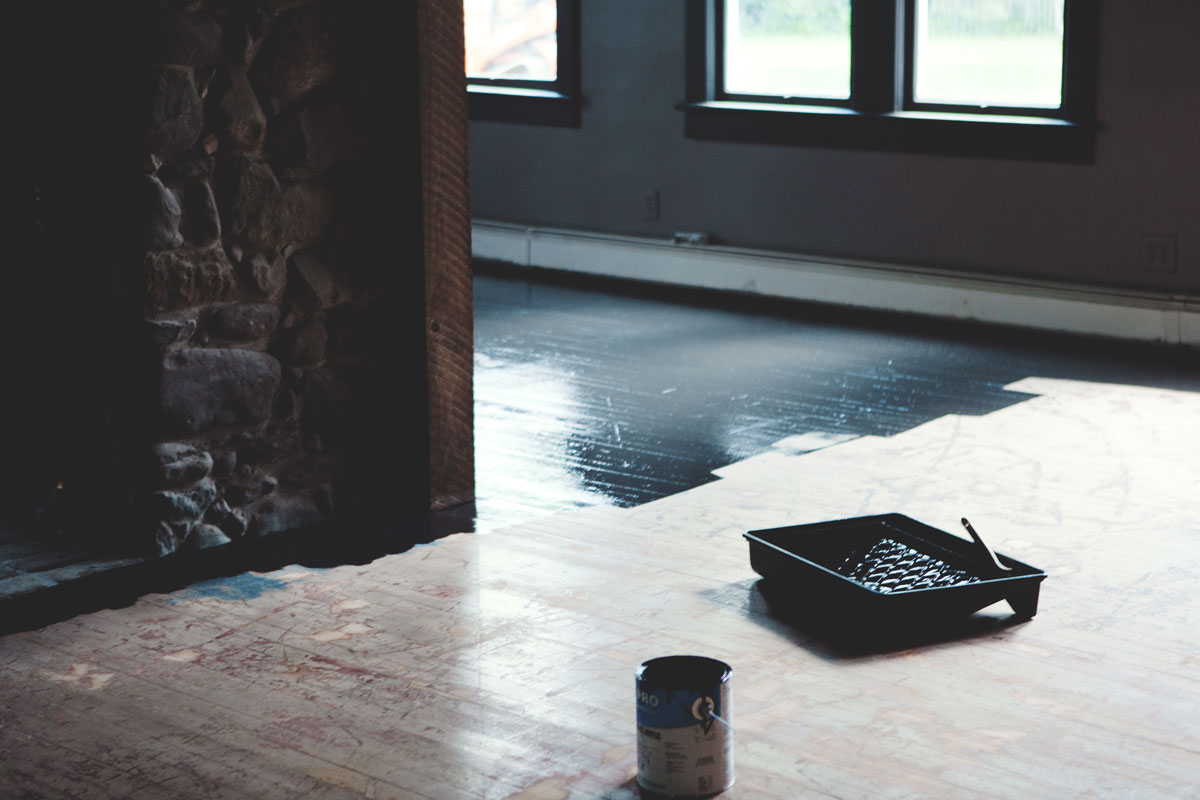