It’s no secret that the Hudson Valley is home to countless Hollywood movie stars and producers—its lush and beautiful landscapes and proximity to New York City providing the best of both worlds. Though a handful of films have showcased the area over the decades, its cinematic footprint paled in comparison to other regions due to a flawed state program that didn’t consider the Hudson Valley “upstate.”

But that’s all changing. Last year, after significant advocacy from Ulster County Executive Mike Hein, New York State passed legislation allowing Ulster County and a handful of other left-behinds to finally compete for productions by offering the same 40-percent tax credit allotted to the rest of upstate New York. The legislation was signed by the governor in November 2016, and as a result, the entire Mid-Hudson region is now included and will benefit.

The 2017 film production season in Ulster County kicked off with a bang earlier in the year as Kingston welcomed legendary director and producer Martin Scorsese, who is serving as the executive producer of the feature film Diane. 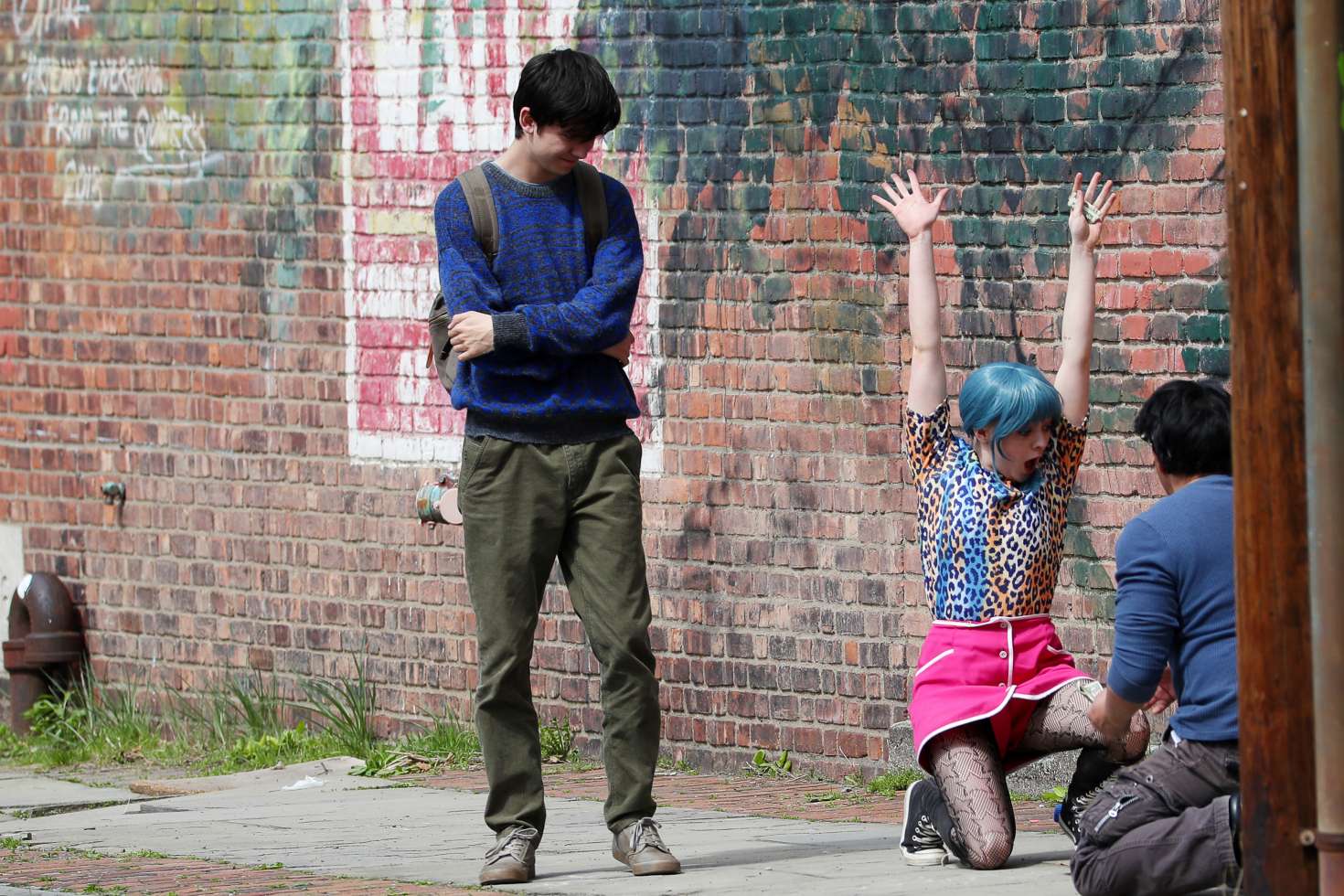 A new feature film titled Departures starring Maisie Williams of the Game of Thrones and Nina Dobrev of The Vampire Diaries attracted local attention as it filmed in uptown Kingston for over three weeks this spring.

This came on the heels of the comedy Furlough filmed on site in Kingston and the Town of Ulster, including scenes at the Ulster County Law Enforcement Center and featuring Academy Award winners Whoopi Goldberg, Anna Paquin, and Melissa Leo.

“My goal is simple: to make Ulster County a hub for the highly profitable entertainment history,” Hein said. “It provides high value opportunities for our workers and low impact on our environment, while delivering millions to our economy.”

Hein said the impact is being felt already. In 2016, film production companies spent $8 million in the Hudson Valley. Following the implementation of the film tax credit, film production spending approached that figure in the first quarter of 2017 alone.

Actor and director Mary Stuart Masterson, who thanked Hein for his tireless work in pushing for the tax-credit legislation, said the added 10-percent tax credit will make the Mid-Hudson Valley the go-to location for series television and film production.

“We have the locations, the talent, the workforce, and the amenities producers want when choosing where to base their productions,” she said. “Now, they also have the economic incentive to say ‘yes’ to the Mid-Hudson Valley.”

Laurent Rejto of the Hudson Valley Film Commission said his organization has seen a 50-percent increase in film production since the new film tax credits were implemented.

Now, the area is coming into its own as a destination for quirky and daring cinema, with productions ranging from micro-budget indies to studio comedies lining up to shoot there. With so much to look forward to, here’s a retrospective highlighting Ulster County’s cinematic past—and a few pictures to look out for in the future.

Adapted from T.C. Boyle’s novel and directed by Alan Parker, The Road to Wellville tells the story of Dr. John Kellogg (founder of Kellogg’s cereal), whose eccentric obsessions with physical health and wellness led him to open the Battle Creek Sanitarium in Michigan, where wealthy patients submitted to Kellogg’s bizarre prescriptions. The film was largely shot at the Mohonk Mountain House in New Paltz, which stands in for the sanitarium.

Before director Debra Granik launched Jennifer Lawrence’s career by casting the then-unknown 16-year-old in Winter’s Bone (for which Lawrence would receive her first Oscar nomination), Granik helped draw the world’s attention to the great character actress Vera Farmiga in Down to the Bone, a gritty indie shot all over Ulster County, including New Paltz, Woodstock, Kingston, Saugerties, and Bearsville.

The directorial debut of Farmiga, which she also starred in along with her little sister, Taissa, is a gentle and very personal study of one woman’s evolving relationship with her Christian faith. Farmiga, an Ulster County resident, shot the film in Kingston, Ellenville, Stone Ridge, and Kyserike.

Produced by revered auteur Terrence Malick, The Better Angels is a meditative pastoral that depicts the childhood of Abraham Lincoln and his complicated relationships with his mother and stepmother. Though it’s set in Indiana, the filmmakers chose to shoot largely at the Mohonk Preserve.

This acclaimed independent crime noir stars Michael C. Hall as a hapless East Texas family man whose life takes a dark turn after he accidentally kills a home intruder. Director Jim Mickle, a native Texan, chose to use Ulster County—Kingston, Esopus, Woodstock—as a stand-in for East Texas because of the similar terrain.

This speculative thriller shot largely in Kingston tells the story of a man who regains his vision without explanation, and starts to change for the worse.

Critics adored the slow-burn narrative and moody atmosphere of this provocative arthouse thriller. The story unfolds almost exclusively inside a country house, and that particular house happens to be in the Byrdcliffe Art Colony just outside of Woodstock.

Another flick shot entirely in Kingston, this coming-of-age family film revolves around Sam, a 10-year-old Indian boy growing up in small town America in 1979.

Olivia Wilde plays The Woman, an avenging angel who helps victimized women escape their abusers. Judging from the advance press material, A Vigilante looks to be a powerful showcase for Wilde’s impressive range. Shooting wrapped in the spring.

Shot in Ulster County earlier this year, it’s directed by film historian Kent Jones, who most recently made the exceptional documentary Hitchcock/Truffaut.

This comedy starring Goldberg, Paquin and Stone Ridge resident Leo tells the story of a rookie corrections officer charged with managing an unruly prison inmate during a weekend furlough. Shot in Kingston, Port Ewen, and the town of Ulster.

Plan your visit to Ulster County today at ulstercountyalive.com.