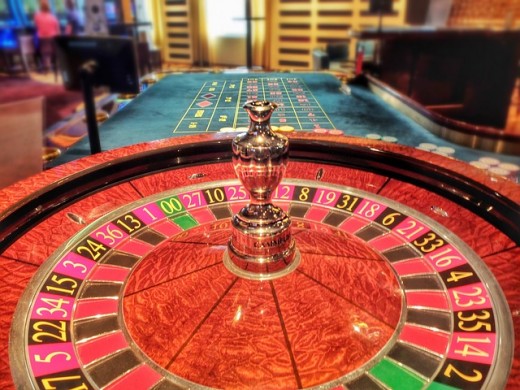 Editor’s note: Upstater Jennifer Grimes shares her perspective with us on the possibility of having a casino in her neck of the woods.

In 2005 I bought my house on the border of Sullivan County as a weekender, became a full-timer in 2007, and until last year I would cringe at the never-ending discussion about and reportage of the “casino question.” It sounded distasteful and incongruous with the immeasurable natural beauty of the area. So with a decision being handed down, possibly this coming week, regarding the allocation of casino licenses, I’d like to point out some of the lesser-known, and frankly, quite exciting, features of what could come to pass in our back yard.

If you live in or around Sullivan County, you’ll know that the quest by various parties to have a casino has dominated the political landscape for decades. What was once a contentious issue was embraced last year via referendum resulting in the State’s authorization to issue seven casino licenses. Our region, the Catskill/Hudson Valley Region should be issued two, but the big question is where. And should we receive a casino in Sullivan County, what’s planned at the resort? The answer to the latter is: quite a lot.

Sullivan County looked to be sitting pretty to receive one until a number of casino operators presented proposals south of us in Orange County. As a result, two of the projects in Sullivan Co. were not able to secure financing, the likelihood of metropolitan vacationers passing a casino in Orange to continue another hour to Sullivan, creating a challenging environment for success up our way.

That has left us with two proposed projects, which ironically are next door to one another on the site of the former Concord Hotel. Louis Cappelli bought the Concord in the 1980s. Along the way, a company called EPR acquired about 1,700 acres from him, leaving Cappelli with around 170. Their competing proposals have Cappelli teamed up with Mohegan Sun, while EPR’s gaming partner is Empire Resorts, the operator of Monticello Casino & Raceway (an alliance formed before the enabling legislation).

The other competitors within our region includes a project in Newburgh, which certainly has legitimate bragging rights in terms of economic distress, and more recently, the Nevele in Ellenville, just over the border from Sullivan in Ulster Co., has recently partnered up with a higher-profile gaming partner, making it that proposal another worthy possibility.

But in a genius move about a month ago, Sullivan County decided to galvanize all their resources to push not only for one casino, but to boldly campaign for both licenses. They put together a well-orchestrated, professional campaign from all economic development organizations: Visitors Association, IDA, Chamber of Commerce, and the Partnership for Economic Development, and outlined compelling reasons why Sullivan should be granted both licenses. I watched the public outreach meeting, streamed live, and must say I was very proud of the image we presented.

WHAT’S IN IT FOR ME?

The numbers are quite staggering. I have no crystal ball to know how the project will fare long-term. But the investment, should the county get both licenses, would generate over 70 times the annual county budget in the two years it should take to get them up and running. That’s just a staggering amount of money to hit our area in a compressed period of time. And once up and running, a decent chunk of tax will go directly to local school districts.

I was against the idea of casinos for years, until I came to recognize that the poverty, joblessness and educational needs here were such that simply creating a huge pool of new jobs on the derelict site of what used to be an economic powerhouse, would outweigh any not-in-my-backyard sentiment I might have. But now that more of EPR’s project plans (Montreign is the casino located within the larger project called Adelaar) are out in the public domain, I find myself really excited about amenities that I think will add substantially to my quality of life, and presumably to that of others. Some of these projects are dependent on both casinos being approved, but in addition to the EPR resort, would be a “Village” that incorporates entertainment, dining and retail areas, in addition to new housing.

There would be a multiplex cinema, which means I would actually go to the movies. Presently we have one charming, old-school movie theater in Callicoon, but for many of us, it’s 50 minutes to see a film. There would be an outdoor skating rink, tennis courts, and golf courses. We would have an array of big-name NYC restaurants (year-round, no less, since many of our restaurants limit wintertime operation) and a slew of opportunities for retail therapy. We’ll have access to more live music options via an entertainment venue, and there would be an organic farm and snow tubing. Should both projects go forward, the derelict site at Grossingers in Liberty would sport a new 150 key Spa/Golf Resort in Liberty. And I’m not even mentioning the massive water park.

So like so many things in today’s world, why offer one attraction when you can dazzle with dozens. Today’s “casino” supplies gambling as just one of a host of diversions. I have come around to what I hope will be massive benefits to the county and its inhabitants, first and foremost, as an economic boost to an area that has had a hard time of it for too long. An ancillary bonus are the various amenities and luxuries that would be available to us as “locals.”

Looking for more details? The access from Route 17 would be via the new East Broadway exit for Monticello, #106, with the entrance to the Montreign resort almost immediately off the ramp. Both projects already have planning permission.

While sitting at my desk in New York, selling mortgage-backed securities, I’d surf the internet dreaming of fishing the hallowed trout rivers of The Catskills. Then one day a little red cottage on the Neversink River popped up for sale on my screen, and the rest is history. I battled Friday night traffic in summer, and lived the weekender routine for a few years before giving in and becoming a full-timer. I'd had some luck renting my cottage for weekends here and there, so a neighbor asked me to do the same for him. One thing led to another, and Red Cottage Inc. now manages over thirty nifty rental properties throughout Upstate, to frazzled New Yorkers looking to get out of Dodge. A real estate brokerage was next, and Country House Realty allows me to provide those happy renters (and others) with the opportunity to become owners of their own little piece of heaven.