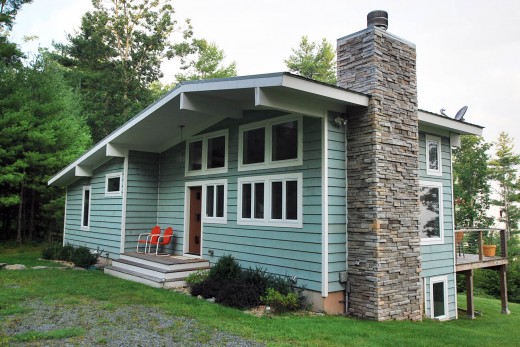 There is no question that the small house movement is still trendy.  Newsstands, email newsletters, bookstores, and many other outlets all pronounce it so.  But this wasn’t always the case.

In 2006, when Catskill Farms built Cottage #1 (we just started Cottage #47), finding a design that fit the second home consumer properly was not an easy task.  If it was nice, typically, it was big.  Higher quality equated to bigger projects, bigger homes.  Smaller homes and smaller projects were second-tier, second-rate, and not worthy of the brightest minds of design and architecture.

We stumbled upon the mini-home market niche by complete accident.  In 2006, despite rising prices and a scarcity of properties selling for around $300k, many buyers were still on the lookout for a home priced in the low $300’s.  At the same time, the $425k-$525k range of the marketplace was getting crowded with the seemingly endless supply of 2000+ sqft new homes, resales, and fixed-up houses, but the demand hadn’t really changed.  Basic economics – more supply + less demand = trouble.

So with our ear finely tuned to the whims of the marketplace (actually, being dangerously close to bankruptcy for years, our main resource for change was desperation and fear), we reverse-engineered a home to meet a price point we felt was underserved – the low $300’s (interestingly enough, we’d say the same thing today – it’s just an honest-to-goodness price plateau that captures a lot of imaginations).  We shrank the house – drastically – in order to hit our target, and while doing so, accidentally began supplying homes to meet a demand that no one knew existed yet – the right-sized, no-space-wasted Catskills second home. 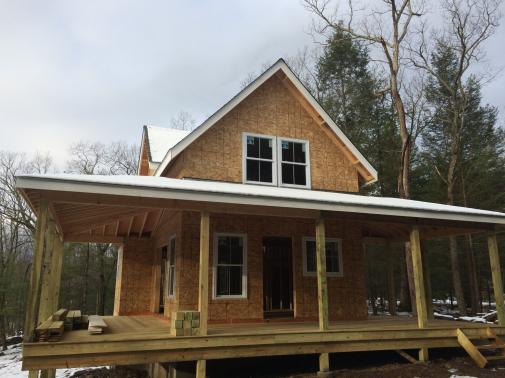 What we discovered before many others was that if you respect the small home, if it is not beneath you as a builder or designer to go below 2,000 sqft, then a whole market is available for the taking.  When I say “respect,” I mean invest in the same quality piece of land, use the same materials, put the electric underground, give the driveway a little curve, care about the flow and floor plan and light and porches. If you do these things, turns out the folks who live in closets in NYC would love to have a 1,300 sqft two-bedroom, four-season stylish home with a warranty and minimum maintenance required.  In retrospect, it’s a no-brainer.  But like many marketplace epiphanies, until the niche is seen, it’s wholly invisible.  It’s like the cliché of the overnight success who has worked for fifteen years to get there. Invisible until seen. 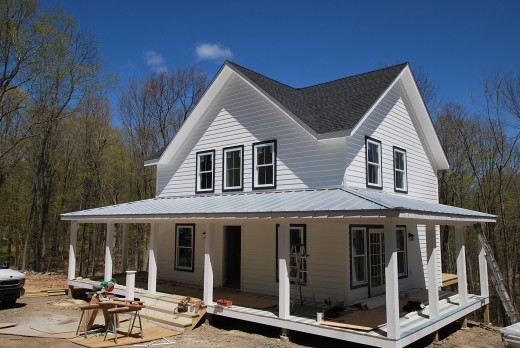 Country Living’s “House of the Year” for 2014 was this Rhinebeck mini-farmhouse designed by Catskill Farms (Photo source: http://www.thecatskillfarms.com/)

We’ve subsequently experimented with homes ranging from 500 to 2,100 sqft. None of these designs meet every requirement of every home buyer, but the most important thing I’ve learned about the process of purchasing real estate, rather than kicking a bunch of tires, is the need to prioritize and compromise when selecting a house – regardless of whether the price point is $300,000 or $3,000,000. 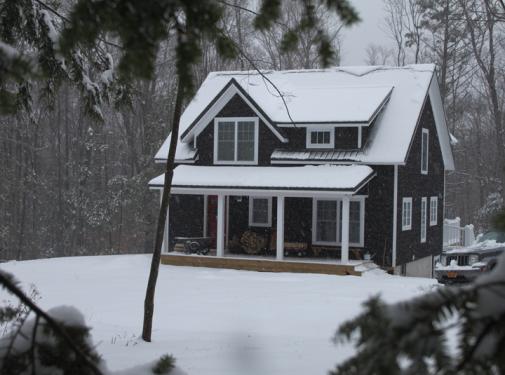 Charles Petersheim founded design/build firm Catskill Farms in 2002 in Sullivan County. Continually inspired wholly by regional architecture, his 180 new old homes dot the Hudson Valley, including Sullivan, Ulster and Dutchess counties. His 20 years of Catskills building have given him broad perspective on how to succeed upstate, be it with farming, building, small business or just relaxing on the front porch.