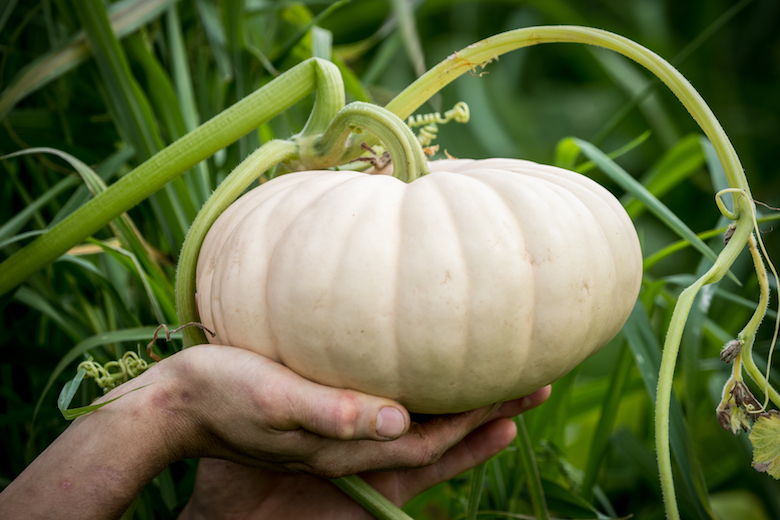 Pumpkin is one of the oldest cultivated squash varieties in the United States. One of note is the Long Island Cheese Pumpkin, an heirloom product of the Hudson Valley, which has provided culinary inspiration for centuries. Recipes from the 1800s laud the Long Island Cheese Pumpkin in particular as one of the sweetest and most versatile regional vegetables.

Currently, Glynwood’s Kitchen Cultivars series features the Long Island Cheese Pumpkin and shows off the region’s agricultural history as it removes the pumpkin from the realm of the spiced latte cliché. Chef Shawn Hubbell of Amuzae, Vice President of Programs at Glynwood Sara Grady, and Angry Orchard’s Head Cider Maker Ryan Burk all emphasized the versatility and history of the pumpkin throughout the course of the event.

Glynwood, a non-profit organization located in Cold Spring, NY, “works to advance regenerative agriculture that benefits the natural environment, energizes local economies, enhances human health and strengthens rural communities.” Kitchen Cultivars grew out of Glynwood’s combined efforts with Hudson Valley Seed Co. to “identify heirloom varieties that deserve to be known and grown for their agronomic and culinary value.” The annual events series features a different regional heirloom seed each year. The Long Island Cheese Pumpkin is the star of this year’s show with Hank’s X-tra Special Baking Bean on deck for 2018. 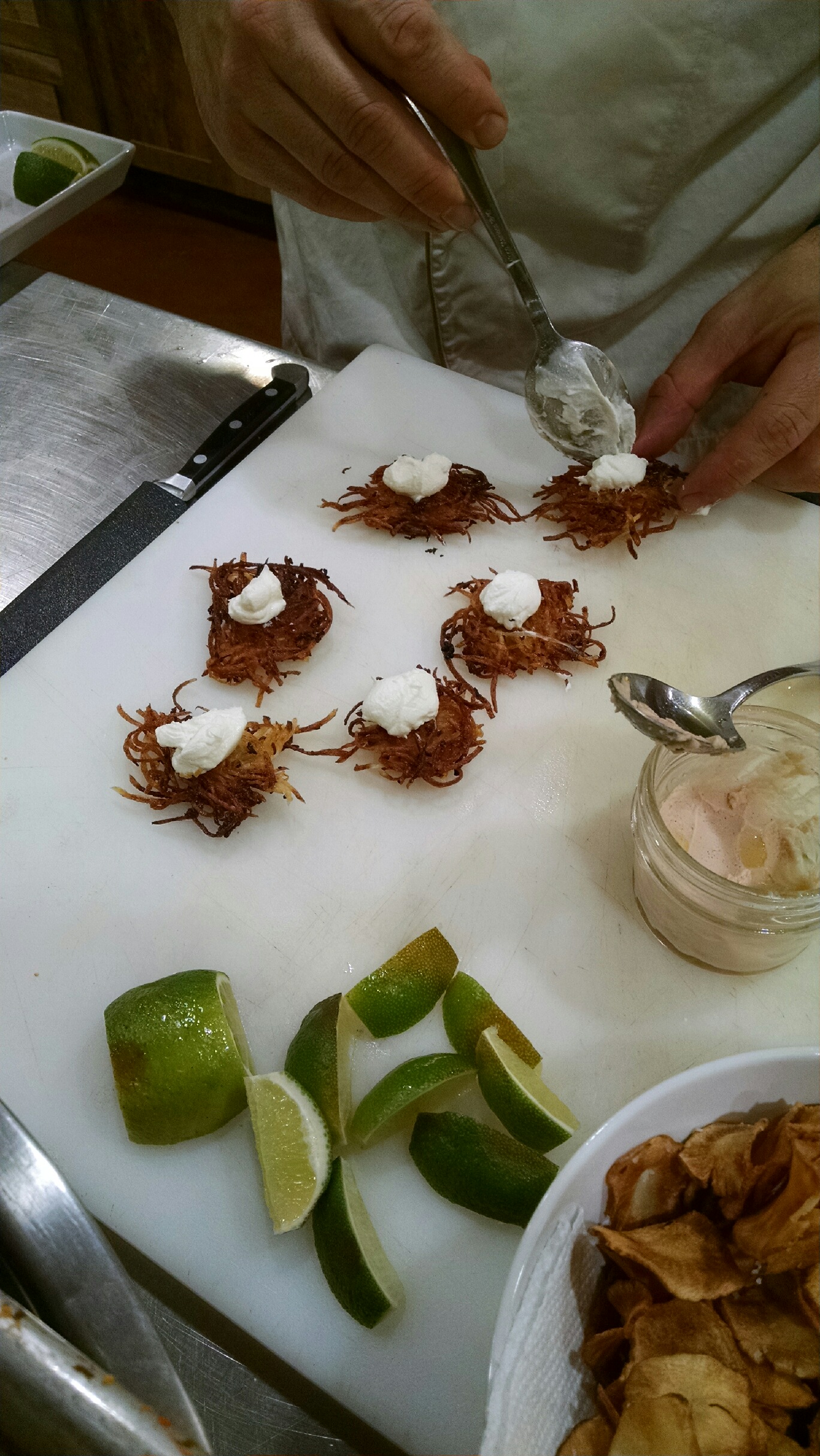 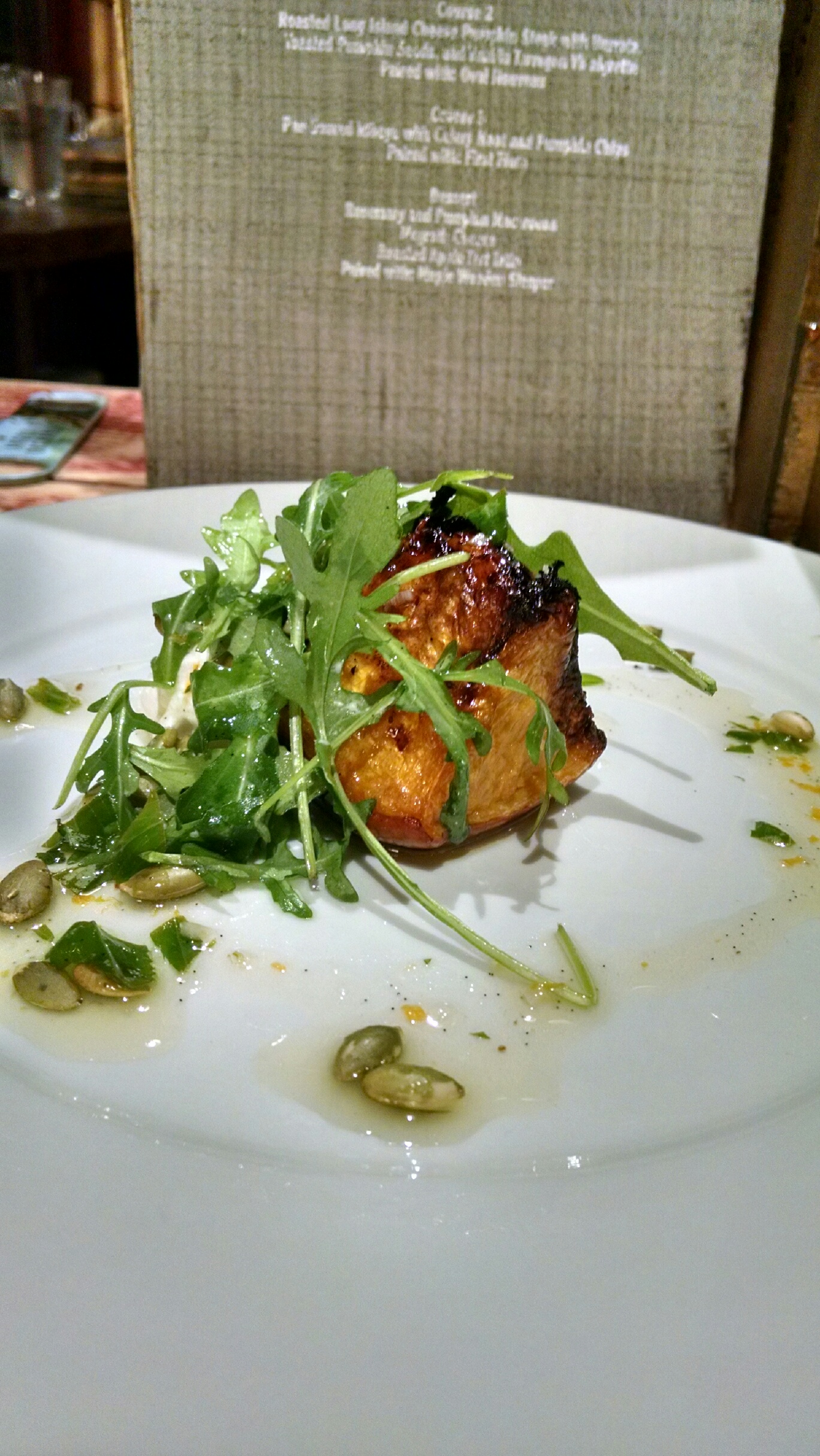 Glynwood’s mission statement to “ensure the Hudson Valley region is defined by food, where farming thrives” aligns them with Angry Orchard, which was one of the venues for this year’s Cultivars series. Angry Orchard’s Innovation Cider House, which turns two years old this summer, was strategically placed in Walden to tap into the region’s rich agricultural history and restore it to public awareness. The little-known Hudson Valley town is in the heart of the Hudson Valley apple belt and boasts orchards and apple varietals that are more than a century old. The Innovation Cider House sits in the center of a 60-acre orchard that has belonged to the Crist family for generations.

While the orchard in Walden produces mostly culinary apples, Angry Orchard planted saplings of cider apple trees native to the UK and France last Spring, making it one of very few cider apple orchards in the United States. Despite being one of the fastest growing industries in the area, cider has a long history in New York State. The nationwide comeback started recently, but in the Valley it was never really gone, just neglected. In fact, Grady cites hard cider as the Hudson Valley’s “signature regional beverage,” echoing Burk’s statement that the pairing dinner on January 26 showcased “what we can do in New York State.”

The partnership between Glynwood and Angry Orchard was a natural one. The occasion itself felt friendly and easy going. People lucky enough to score tickets shared the five-course meal with cider pairings at one long table, conversing and laughing easily amongst themselves. Burk and Hubbell hosted the evening, with both artisans showing off their expertise as they gave detailed explanations of each cider pairing and dish as they were served.

All of the ciders poured were developed at the Innovation Cider House and made with New York apples. Burk’s single-varietal Newtown Pippin was served alongside the amuses-bouche, pumpkin chips with foie gras mousse, pumpkin falafel and spiced yogurt, salmon tartare with pumpkin kimchee, and pumpkin latkes with creme fraiche and caviar. Next came Edu, a Spanish-style dry and savory cider was paired with the first course of lobster favada with pumpkin foam. Oval Nouveau, a French-style tannic and round cider aged in oak oval casks accompanied the second course of roasted Long Island cheese pumpkin steak with burrata, toasted pumpkin seeds, and vanilla tarragon vinaigrette. First Flora, a complex Calvados apple brandy barrel-aged cider was served alongside the main course of pan-seared ribeye with celery root and pumpkin chips. Lastly, Maple Wooden Sleeper, a Bourbon-barrel aged cider fermented with Crown Maple syrup, (which will be available to the public beginning in March), was paired with rosemary and pumpkin macaroons, McGrath cheese, and roasted apple tart tatin for dessert. 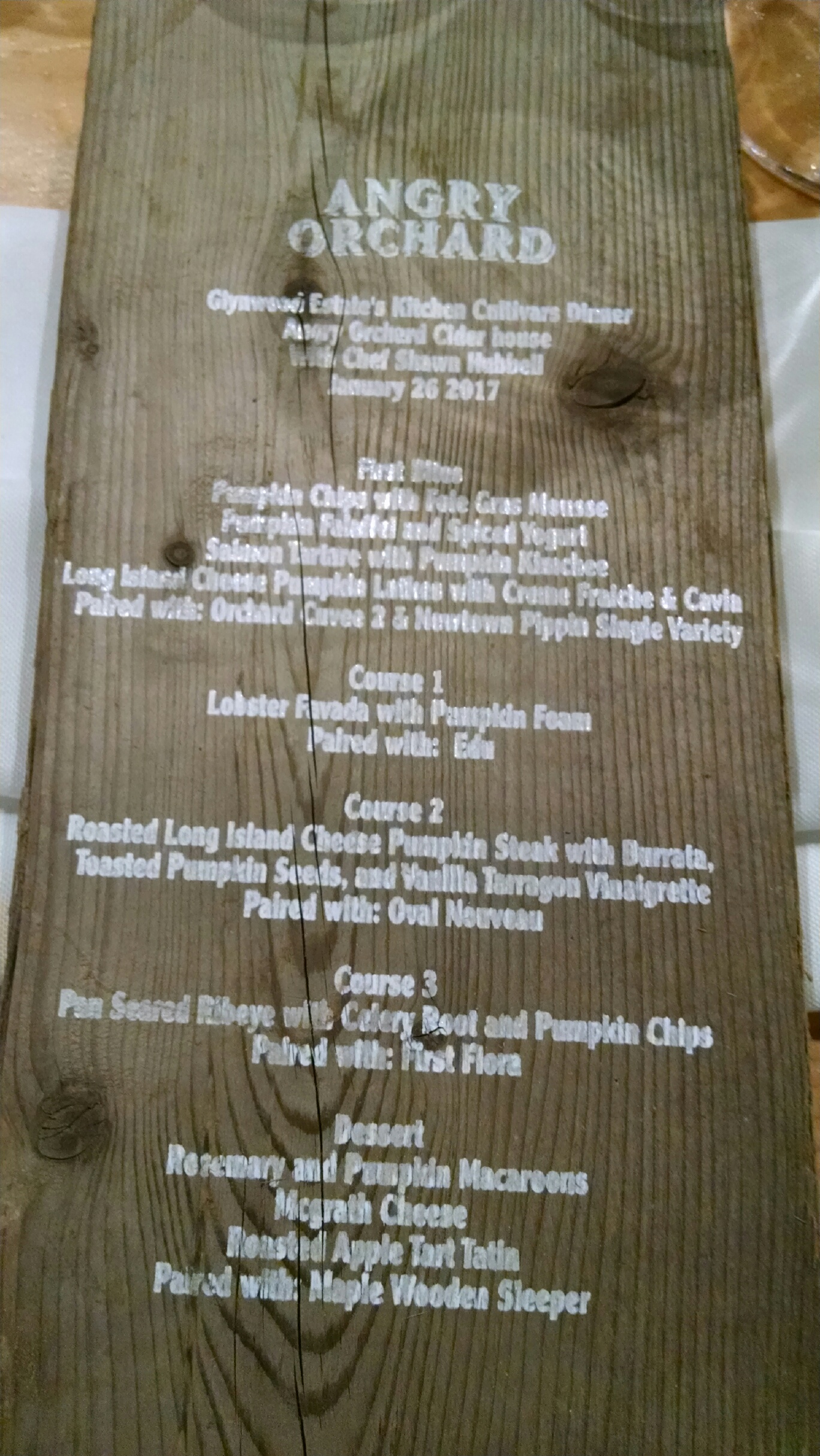 This event was characteristic of the entire Cultivar series, which features many partnerships between like-minded people and businesses. There are two more events in the current series, a cider cocktail party with Amuzae at Soon’s Orchard on February 4, and a collaborative dinner with Talbott & Arding at Gaskins in Germantown on February 6. I highly suggest you try your best to make it to one or both of these final events as the food is delicious and attending helps support Glynwood’s mission in the Hudson Valley. However if you can’t swing it this year, Grady assured me that Kitchen Cultivars “will continue to be an annual project.”

Aside from showcasing the ideal pairing of ecological benefits and culinary innovation, the main take away from Kitchen Cultivars is that the effort to revive local and sustainable living is gaining momentum in a serious way. In summary, Chef Shawn Hubbell said the Cultivars series shows that “farm-to-table” has developed beyond the trend or buzzword that it was when it first appeared almost a decade ago. According to Hubble, “it’s just obvious now that this is how everyone should eat and live.” 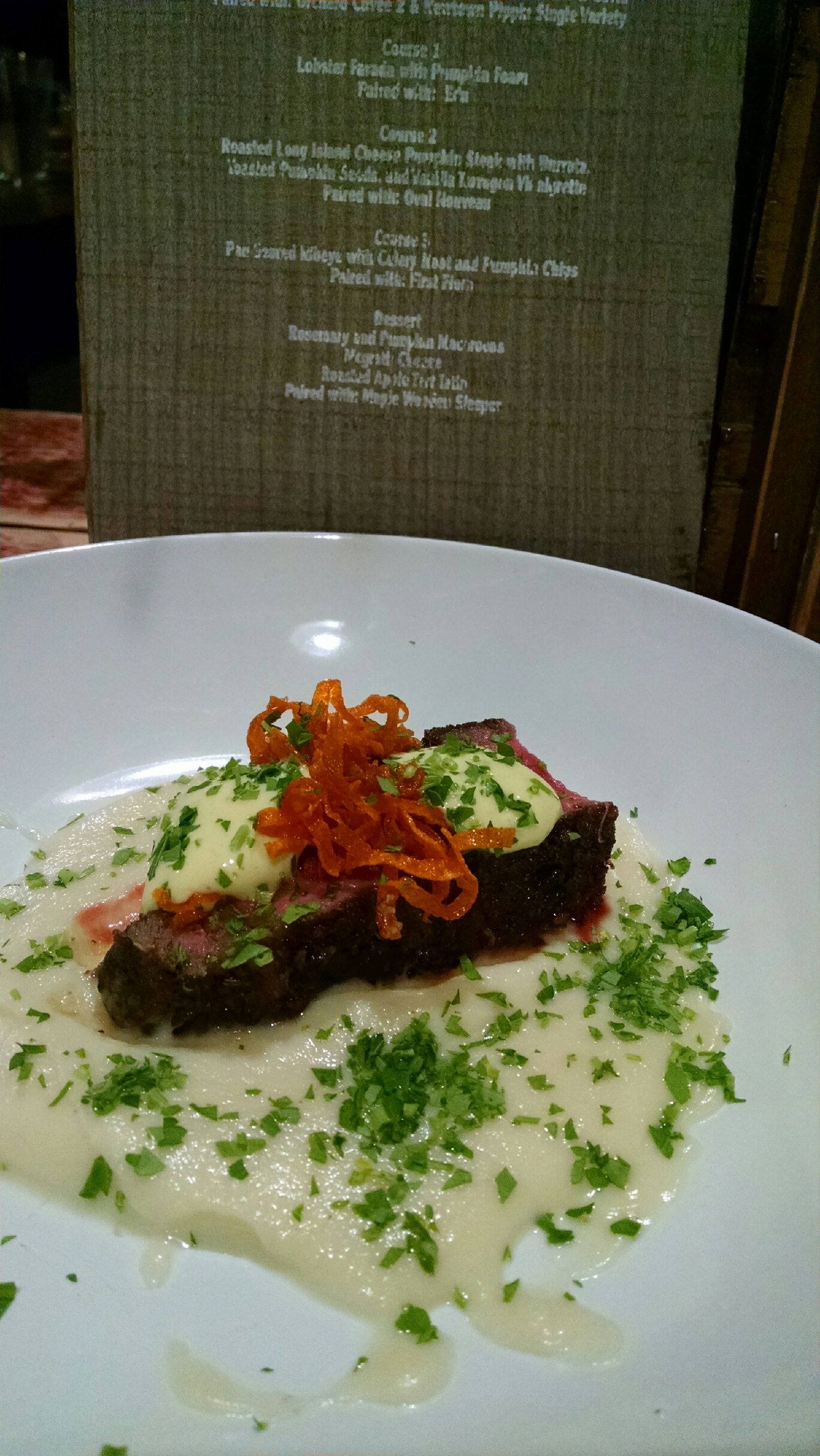 To learn more about Glynwood and Kitchen Cultivars you can visit their website here.

See the schedule of upcoming events at Angry Orchard here. 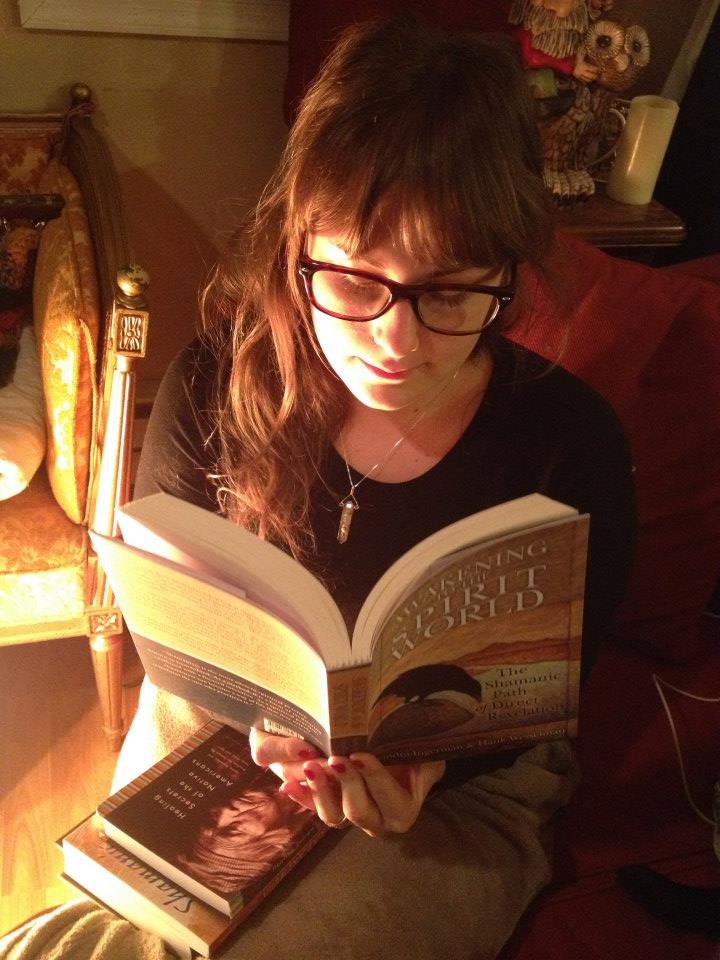 Kasey Tveit is an avid reader and writer with her Master's in English from SUNY New Paltz. She enjoys immersing herself in nerd culture and spending time with her husband and two cats.