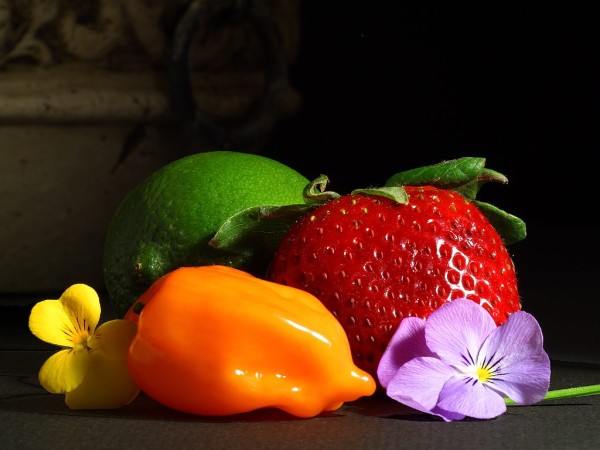 “Where should we eat?” We ask ourselves that question a lot. Usually, the answer is “At home, where our groceries live,” because, in this Upstater household, we don’t eat any animal products. And while there’s a heavy environmentally responsible and health food contingent upstate, it’s not always easy to suss out the vegan-friendly spots. So we’ve done it for you. Turns out there are lots of vegan restaurants in upstate New York that go easy on the flesh. Here are just a few of the many options, in no particular order:

Mexican Radio.  One of our favorite Mexican restaurants in the Upstater.net area. Although Mexican Radio is not strictly vegetarian or vegan, it caters to a crowd who want a variety of food, much of it grown locally.  The entrees are pricey, so expect to shell out. But there are tons of vegan options, and they offer vegan fillings like tofu, seitan, soy cheese and vegan crema on their Tortilla Heaven menu.  Their black beans are vegetarian, and they’ve just recently added vegan pinto beans.  537 Warren Street, Hudson. 518-828-7770

Wasana’s Thai Restaurant. This is one the area’s best kept secrets. Nestled on Main Street in Catskill between two storefronts, this place could be easily missed.  Don’t, though, because it’s amazing.  The food here is fresh and comforting. Their spring rolls are simple, elegant and absolutely addictive. The interior is a little strange and modest, but don’t let that discourage you.  Prices are reasonable and wait-staff is friendly and attentive. As with many Thai restaurants, vegan options abound.  Just make sure you ask if they use fish sauce in their dishes before ordering.  336 Main Street, Catskill. 518-943-9134

New World Home Cooking. Chef/owner Ric Orlando is kind of a celebrity around these parts, especially since kicking some serious culinary behind on the Food Network series, Chopped. But ultimately, Ric just loves to make people happy by making amazing food. Even vegan people. New World has an extensive vegan menu, which includes dishes like Seitan hot wings, Thai curry with fat noodles, Vietnamese salad, and an eggplant “melt” with vegan bleu cheese. Menu changes based on the season. New World in Saugerties also offers a Thanksgiving buffet with a vegan spread! Check online for special events and menus. Location in Albany, too. 1411 New York 212, Saugerties. 845-246-4822

Garden Cafe on the Green.  This place is strictly vegan and completely organic. Every menu item is animal-product free, so you can safely order anything and not have to worry. They serve breakfast (tofu scrambles, oatmeal, pancakes, etc), lunch (vegan Caesar salads, Portabello paninis, wraps and burgers) and dinner (make your own vegan bowl, pan-seared tofu, Indian veggie and chick pea enchiladas), and they have a big selection of organic beers and wines. If you find the voluptuous selection a little overwhelming, go to the Monday buffet and try everything. Call ahead for reservations, though, since the Cafe is small and fills up fast. 6 Old Forge Road, Woodstock. 845-679-3600

Luna 61: Not strictly vegan, but entirely vegetarian, which means you can get real cheese on your nachos, if you’re so inclined, but they won’t give you the side-eye if you order their Cuban press sandwich with tofu instead of goat cheese. Luna61 is a tiny, cozy cafe right in the center of Tivoli that frequently features works by local artists on their walls. They also offer an extensive Sunday brunch menu. 55 Broadway, Tivoli. 845-758-0061

Soul Dog: This hot dog joint is a while lot more than a hot dog joint. Located just steps from the Metro North train station in Poughkeepsie, Soul Dog offers a ton of vegan food on a bun, and a gluten-free chick pea flour bun, at that. You can get a veggie dog with vegan quinoa chili and guacamole, or you can get it with spicy peanut sauce and onions. They also offer a variety of gluten-free specials every day (they’ve been voted Best of the Hudson Valley by Hudson Valley magazine for best gluten-free baked goods), and they’re home-made French fries are some of the best we’ve ever had. Bring an appetite, though. It’s really hard to eat just one of these dogs. 107 Main Street, Poughkeepsie. 845-454-3254.