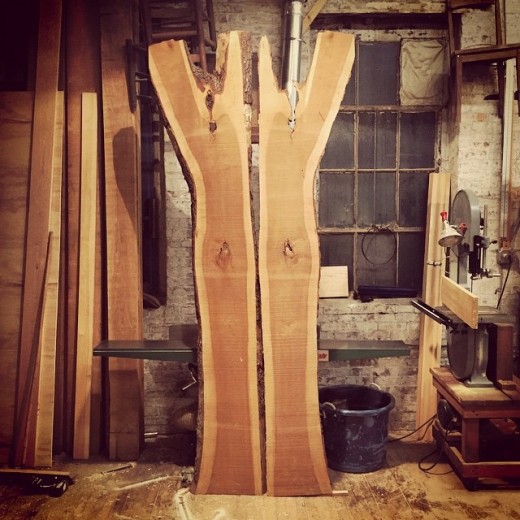 There are many parallels between a career in interior design and the career of a talent scout. Like a talent scout, interior designers are constantly seeking the very best resources and manufactures for their clients. These resources include textile manufacturers, craftsmen, artisans, and skilled cabinet makers. For many generations, top Manhattan designers have looked to the Hudson Valley for these resources. The Hudson Valley is an area with a long history of native materials: bluestone, lumber, natural dyes, and woolens. In the 21st century many elements of design incorporate natural materials, either recycled or recently produced. Their installation is often implemented with an appreciation of the material’s natural origin.

Restoration projects in the Hudson Valley are a recurrent daily theme. Many former warehouses, historic homes, and storefronts are being transformed or returned to their former glory. It is through my knowledge of these projects that I had the opportunity of meeting Jack Decker of the Vernacular Design Company. Jack is that rare combination of skilled craftsman and artisan. His specialization lies in (but is not limited to) custom furnishings, moldings, and cabinetry. As the name Vernacular implies, Jack is simultaneously capable of reproducing 18th-century interiors and 19th-century exteriors. Moldings columns, mantels, paneling, and even flooring are within his personal vernacular. To Jack, the challenges of taking a fallen black walnut tree or a recycled 17th-century hand-hewn beam, then redefining its usage compose the life blood of his career. Raised in the Hudson Valley, Jack is no stranger to the resources of the region. According to Jack, “Integrity of form comes from excellent design, craftsmanship, and materials.” Vernacular architecture and design evolves over time, reflecting the environmental, cultural, technological, economic, and historic context in which it exists. Indeed, this incapsulates Jack’s work. 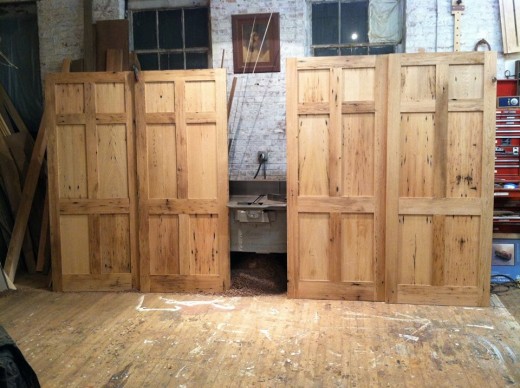 Thirty-year-old chestnut was utilized in the construction of these doors for a client’s interior. 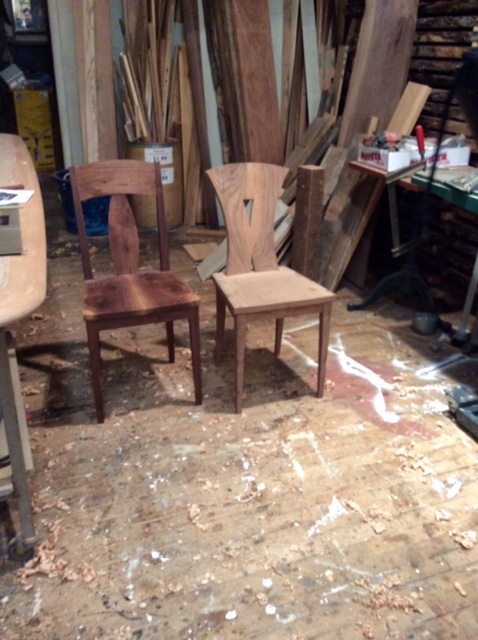 Each chair produced by Vernacular Design begins with its own prototype. 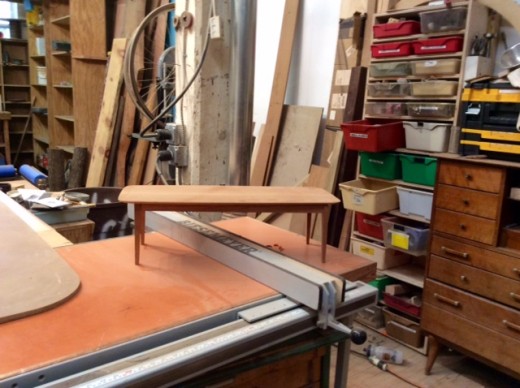 This scale table model is reminiscent of 18th- and 19th-century salesmen’s samples.

During a recent studio visit, I was blown away by Decker’s workshop. Decker’s collection of antique plains and craftsmen’s tools were an eye popping delight. In a workshop filled with recently harvested woods, aged black walnut, hand-carved turnings and hand-planed table tops, my eyes happily jumped from one project to the next. Decker’s studio is a designer’s candy shop. The toughest aspect of pairing a client’s project with a skilled craftsman is allowing the client to visualize the project’s final completion. In his design of chairs, tables, and other furnishings, Decker has elevated this problem. With each design, Decker constructs a scale model of the piece for the client’s approval. When implementing chair designs, Decker carries this process one step further by first designing a prototype. The client is then allowed the opportunity to test the chair prototype in the project setting. By testing the piece in its setting, the client/designer is better able to determine if the piece’s structure, width, and height are effective, eliminating any possible glitches which might arise in the product’s construction.

Frankly, this is a godsend that eliminates any surprises with the final product. In fact, it’s very similar to the salesmen’s samples utilized in the 18th or 19th century. As any viewer of the Antiques Roadshow is aware, salesmen’s samples of this era are a hot commodity. 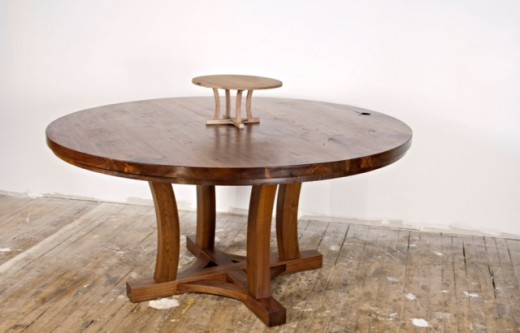 In his cabinetry, woodworking, and design, Decker enjoys a challenge. Whether he’s replicating 19th-century columns, 18th-century paneling, or creating a product that will compliment existing interiors, Decker is enlivened by the complexities involved. Recently, when approached by a client with a stock pile of 30-year-old chestnut, Decker designed a series of paneled doors to accent the interior of the customer’s 18th-century home.

Though Vernacular Design’s cliental encompass a vast area from Manhattan to Connecticut, “I have been astounded with the constant steady stream of client projects in the Hudson Valley,” he says. In many ways the Hudson Valley of today is a region whose industry is harkening back to the legacy of days gone by. For four centuries the Hudson Valley has been a region whose resources and craftsmen have provided the materials for construction and design along the East Coast. Through Vernacular Design, Jack Decker is a 21st-century craftsman and artisan who utilizes the resources of his region in a manner reminiscent of the skills of his forebearers. Vernacular Design is on track to become one of the great resources of the interior design and architectural industries.