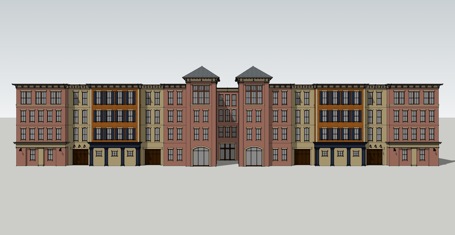 These waterfront condos on Colden Street are very close to the Newburgh Waterfront. It looks like the developer was no longer able to complete the project and is now offering the land, plans, and approvals for $360k.

The plan back as of November 2010 was to have 30 condominiums at this site. If this project can actually come to fruition, this will be a huge boost to the Washington Heights area and Liberty Street. A 3 minute walk down the street is the Newburgh Brewery which is going to start construction soon. They are projected to open in November/December. The land still lies within the City of Newburgh and thus has to adhere to architecture regulations. It’s not my typical Newburgh Real Estate post but, the development of this land could have a huge impact on the Southern end of Newburgh’s waterfront. See below the jump for more info.