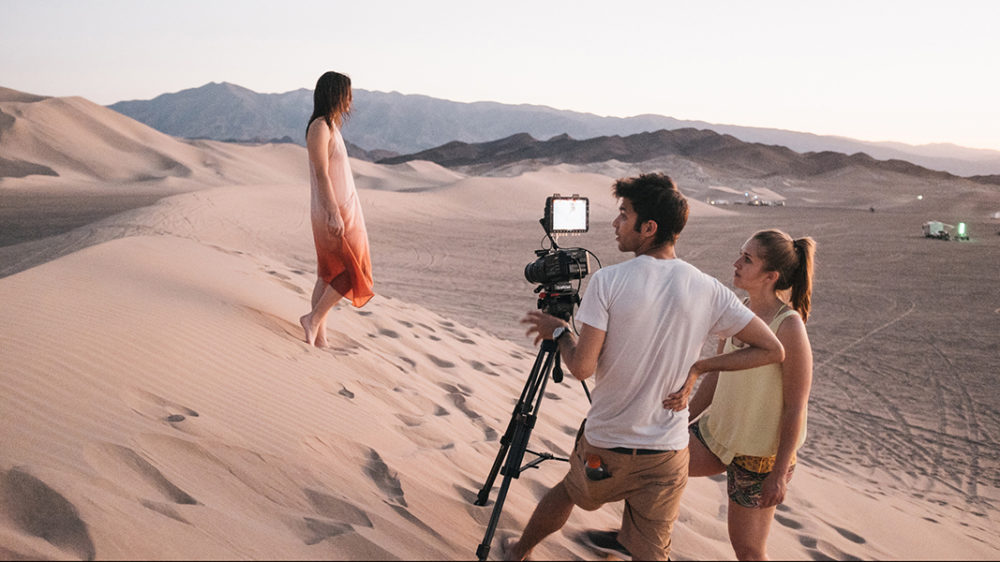 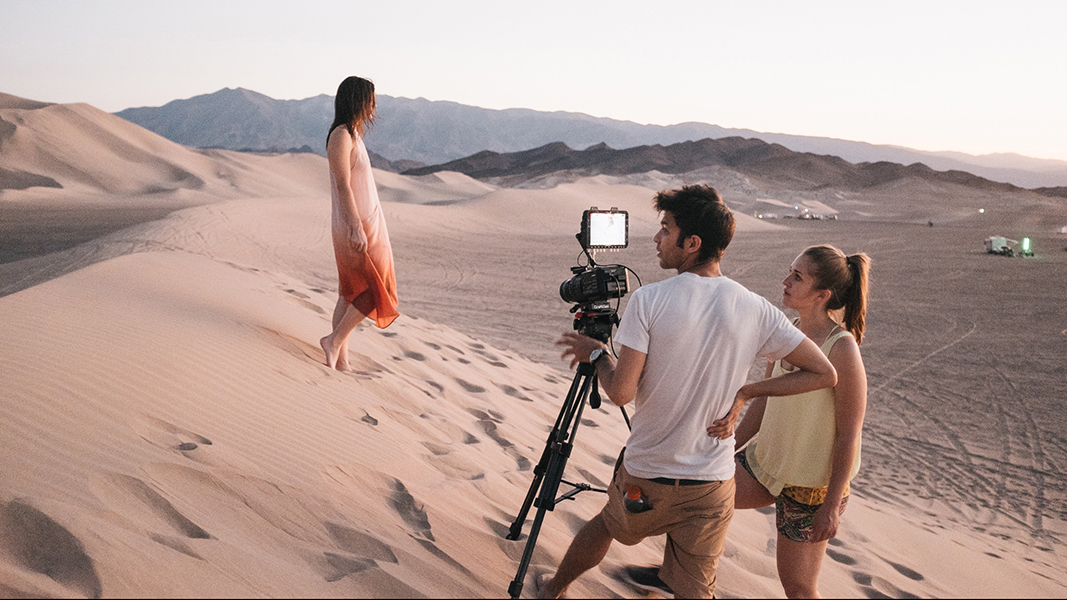 When I asked the tarot reader about selling all our stuff, leaving New York, and traveling for an undetermined length of time, she drew the Star card. “Not only will this journey be spiritually blessed and eye-opening, it will open up your world, expand your understanding of things, and bring out more centeredness and joy,” she told me. “The cards are asking you to take a moment to trust your creativity and your intuition about what it is you want to do this next year.”

I’d spent the past five years as a copywriter at a Manhattan advertising agency while my partner, Simon, directed, shot, and edited broadcast commercials. Navigating each day through the chaos of 8 million people and keeping up with the incessant work needed to make ends meet was leaving us drained and frustrated. But the tarot reader told me that North, my late grandfather, was trying to “open the heavens” to allow Simon and I to do the things we were meant to accomplish in this lifetime, and that he would protect us on our travels.

The tarot reading gave us the final push to escape the city in search of deeper fulfillment and adventure. I quit my job and traded in my corporate clothes for hiking boots and camping gear. We bought a Honda Element, removed the back seat and built a platform bed in its place, loaded it with video production equipment, and set off. We were following our intuition, using the money we would have spent on a traditional wedding to fund our explorations. My wedding inheritance was North’s money, so in both ethereal and tangible ways, he was indeed assisting us from the other side. 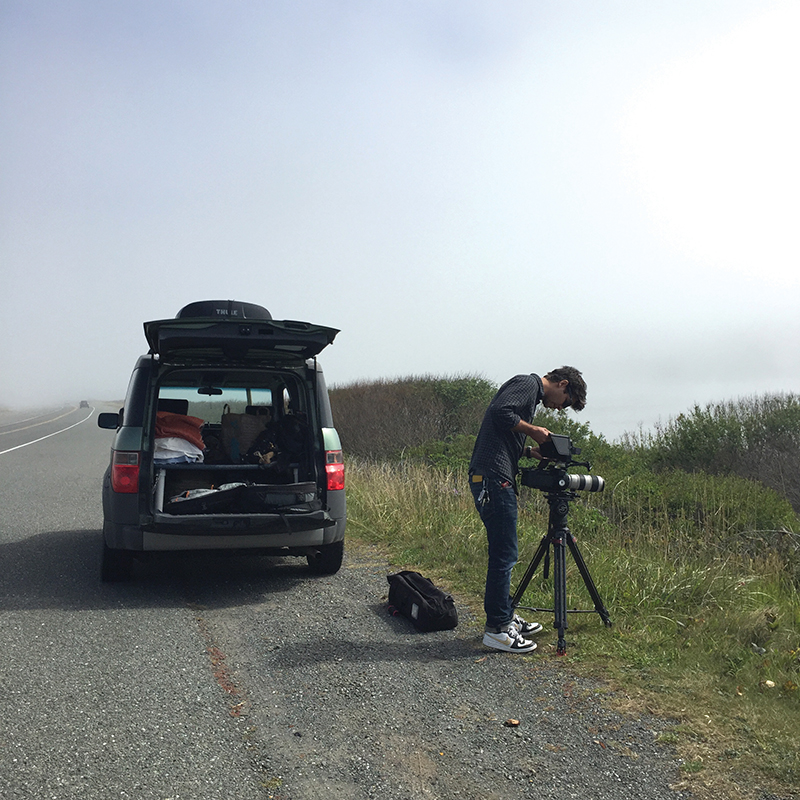 Simon Biswas sets up for some roadside filming in Southern Oregon.

After storing our few remaining belongings in a friend’s attic outside Albany, Simon and I barreled down the East Coast to an off-the-grid farm outside Asheville, North Carolina, offering free lodging for volunteer workers through WWOOF USA (Worldwide Opportunities on Organic Farms). We arrived at night, as snow began to fall. A man in his 70s with a wild mane of white hair led us into the library, where we would sleep that night, warmed by a fire burning in a cast-iron stove.

At dawn, we awoke to golden sunlight illuminating hundreds of books—on plants, Ayurveda, sustainable living, and spirituality—and an elaborate apothecary stocked with jars of tinctures, seeds, and pods. Outside, the hillsides were dotted with solar panels, a duck pond, beehives, and beds of dormant herbs. We were shown to a cobb dome—a circular structure, made of clay, mud, and sticks, built into the hillside with a living roof covered in leaves and moss, and a tiny square window in the top. Inside, we found handmade shelves, a woodstove, and a foam mattress. There was no electricity or running water. The spare simplicity delighted us but forced us to reevaluate our comfort levels, priorities, and needs. 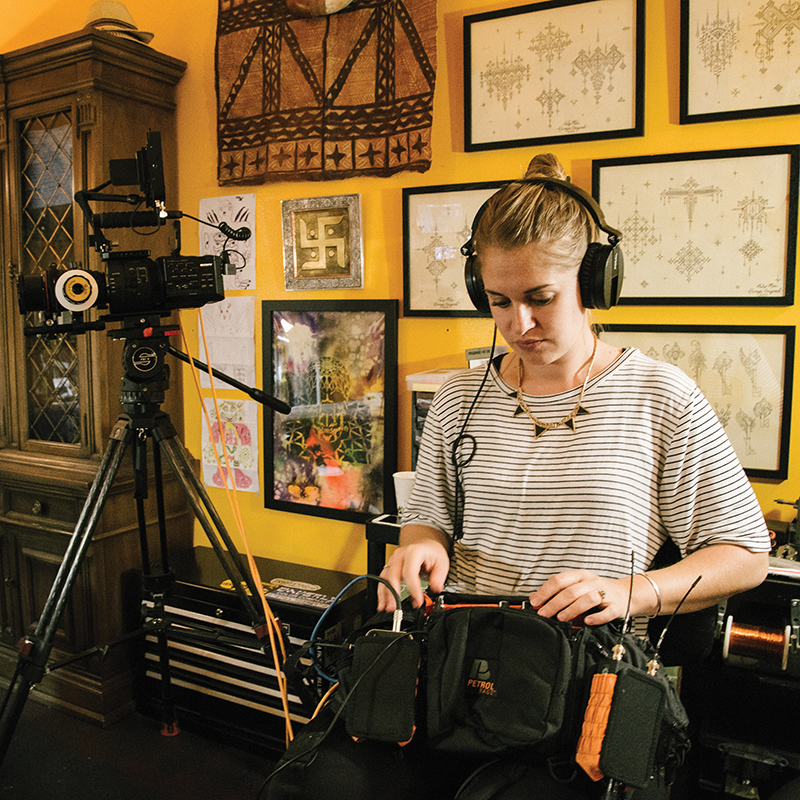 Within a week, we adjusted to the relaxed hygiene and daily routine of sorting seeds, raking leaves, reading by the fire, sleeping when it was dark and waking with the sun. One night, zipped into our sleeping bags, we hatched an idea to film a music video at the farm with a local indie folk band we’d seen perform in Asheville. The band, River Whyless, had recently recorded a song, “Life Crisis,” which was expected to be the hit single on their upcoming album, and they were eager to collaborate. They mused that Simon and I were having our own life crisis. But we didn’t feel at all in crisis. We were in a state of expansion and radical, positive change.

Together, we created a story including two women in the woods with torches, and live owls and snakes from a local animal sanctuary, and began designing costumes and making props. We filmed for three days, and by the time we’d checked everything off our shot list, we were exhausted but overwhelmingly satisfied by having created something for the joy of it, without a boss or a paycheck. 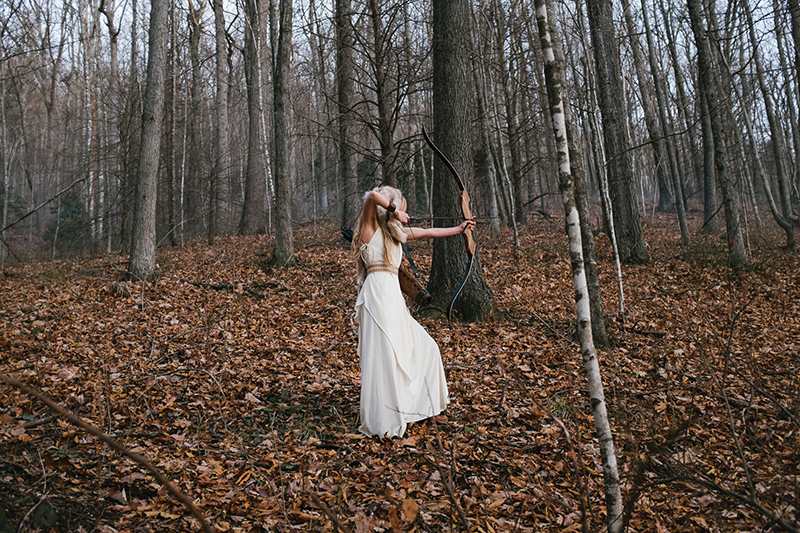 A still from the music video that NORTH + NOMAD created for River Whyless’s song “Life Crisis,” shot in North Carolina.

With a hard drive full of footage, we returned to the road, stretching our money by sleeping in the car and cooking over a camp stove. Our experiment’s success hinged on our ability to abandon expectations and judgment. After three and a half months on the road, which included shooting a lingerie video for a model in Austin, Texas, we arrived in Dixon, New Mexico, where a rustic solar-powered guesthouse on a garlic farm awaited us. We spent several weeks editing the music video on a laptop, repeatedly crashing it while processing the large files; walking along the river with local farm dogs; and exploring hot springs and sandstone caves carved by the artist Ra Paulette.

We pushed on, creating more projects: a short film in the Mojave Desert, a social video for a San Francisco startup, a short documentary about an Oakland artist in return for two tattoos. Each project allowed us to streamline production and enhance our process as we developed a portfolio of work.

But after 10 months of exchanging our time, energy, and equipment for places to sleep and hot meals, it was time to find a paycheck to cover our expenses and continue traveling. So, while camping out in a treehouse in the backyard of my uncle’s Long Beach, California, bungalow, we hatched the idea to transform our travel blog, NORTH + NOMAD—a tribute to my grandfather and our nomadic pilgrimage—into a video production site to allow us to look for work as a filmmaking team. Shortly afterward, a New York advertising agency invited us to bid on a yearlong mini-documentary series for Microsoft. After a series of phone calls, estimates, and proposals, we rejoiced at landing the gig—with a scant two weeks to get back to the East Coast to start filming. 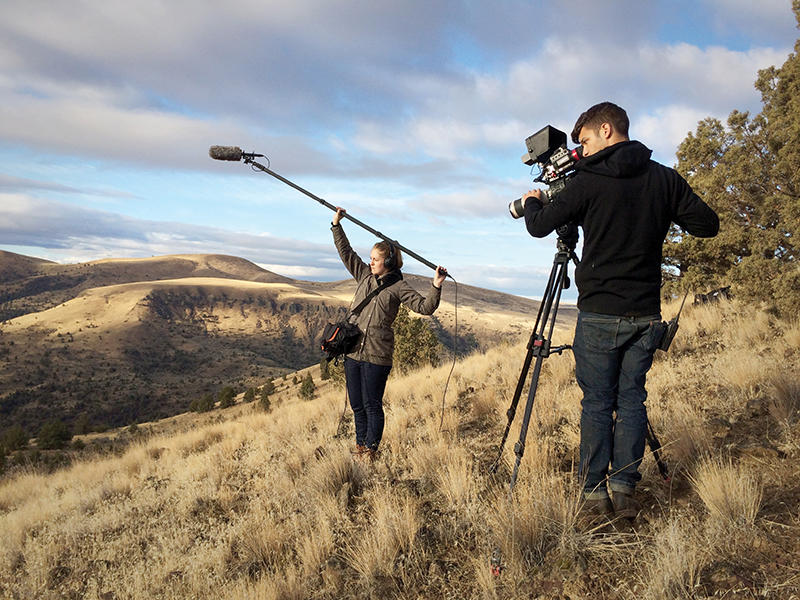 Shooting on Mount Hood in Oregon.

We considered returning to New York, hoping that this time it would be different. But the places we’d visited had granted us the mental and physical space necessary to sink our teeth into projects without distractions or a crushing overhead, and solitude and nature were now essential. Like molting snakes, we had outgrown our old skin, and squeezing back into a tiny city apartment felt like backpedaling. 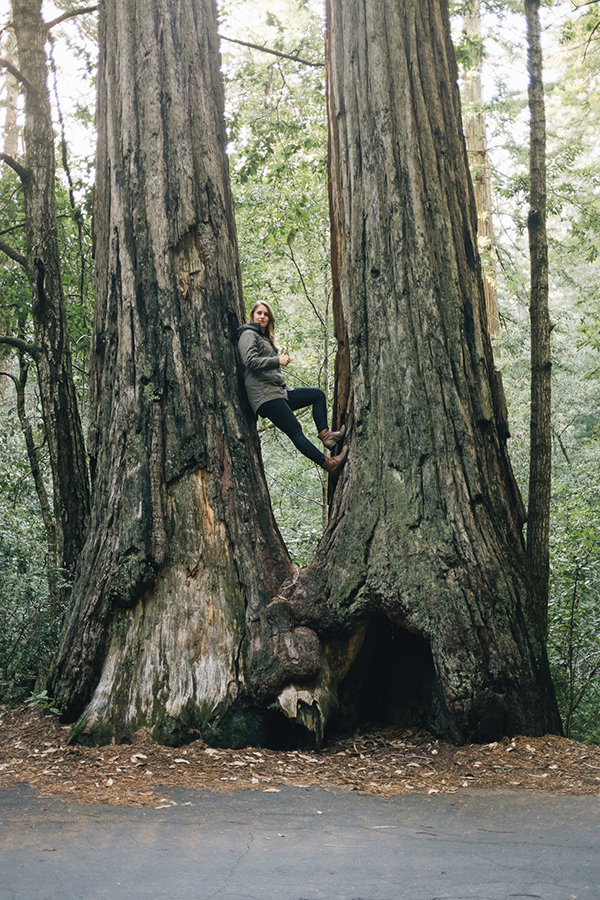 So we bumped down a country driveway to an A-frame cabin in Woodstock that we’d found listed online as a winter rental. With a clear view of Overlook Mountain, it became our temporary home and artists’ retreat. Simon set up his video editing station in a corner of the living room, and I wrote in the guest room while watching chipmunks and deer in the backyard. From Woodstock, we drove to New York City for shoots or hopped on planes with our gear en route to assignments in Miami or Portland, Durham or Dallas.

Living in Brooklyn, we had become disconnected from the natural world. In the Catskills, we found the wilderness we’d been seeking on our wayfaring journey across America. When our lease was up in Woodstock, we found another country home in nearby Hurley to use as our base for the following winter and spring. Our upstate respite brought peace and balance to our lives, and provided a much-needed incubation period, letting us catch our breath, build our company, test new systems, dream up new projects, and find like-minded clients around the country.

Operating as nomads has taught us to be low-maintenance, adaptable, and comfortable in diverse scenarios as we chase opportunities to create beautiful stories and explore new ways of living. Last spring, after three years of living in other people’s spaces, and two snowy winters in the woods, we road-tripped back to California, the land of sunshine and palm trees. It’s time to emerge from our solitude, find a new community, and make a home once again. 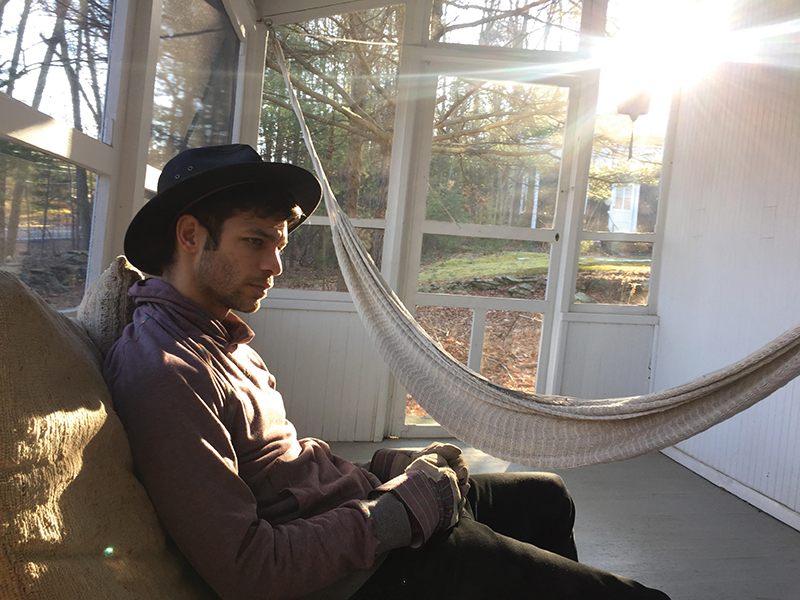 Simon Biswas relaxing at the couple’s temporary home in Hurley, near Woodstock.