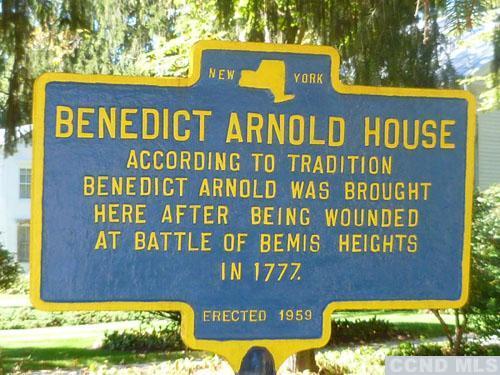 Henry Hudson might have been looking for a shortcut to China in 1609, but what he found on his journey on his ship the “Half Moon” was the Hudson River Valley. Of course, we all know that Henry Hudson didn’t “discover” anything. Indigenous people had been living in the Hudson Valley region for generations upon generations. Hudson just happened to get the waterway named after him, but the Munsee in the south and the Mohicans in the north already named the river “Muhheahkunnuk,” or “Mohicanichtuck,” which roughly translates to “waters in constant motion” or, “river that flows two ways.” Read more about the original name of the Hudson River and the Native Americans who named it in this informative paper. Eventually, the Europeans moved in…and the rest, as they say, is history.

From those early European settlements, to the Revolutionary War, to the Hudson River School that created visual art based on the beautiful of the surrounding Catskill Mountains, to the area’s transformation from bustling shipping route to tourist destination, the Hudson Valley and the Catskill Mountains are soaking in United States history. And, many communities around here take historic preservation seriously in order to maintain tangible reminders of where we came from, and how we got here.

This week on Upstater, we’ll be dusting off our sextant and steering the helm toward some of our favorite historic towns in the Hudson Valley & Catskills. While we’re there, we’ll shine a light on the best residential real estate the listings have to offer. Stay tuned all week for history and more on Upstater!