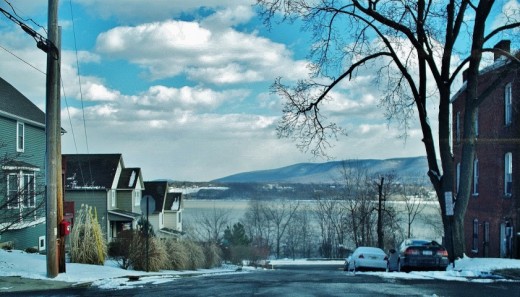 Crossing the George Washington Bridge onto the Palisades Parkway and then to 9W, our intrepid and passionate NYC pioneers eagerly headed north with a purpose of discovery that was as clear and crisp as this perfect January day. They had heard tales of a city, affectionately referred to (tongue-in-cheek) as the sixth borough of NYC. They were prepared with “sensation-laced stories from the media” that had filled them with both exhilaration and trepidation, not knowing if they would end up in the depths of Dante’s Inferno or a Hudson Valley urban shangri la brimming with architectural treasures. For it was Newburgh they were traveling to… Yes, Newburgh. A city that had a plot and point on a map but lived larger than its compact boundaries in “modern urban legend.” 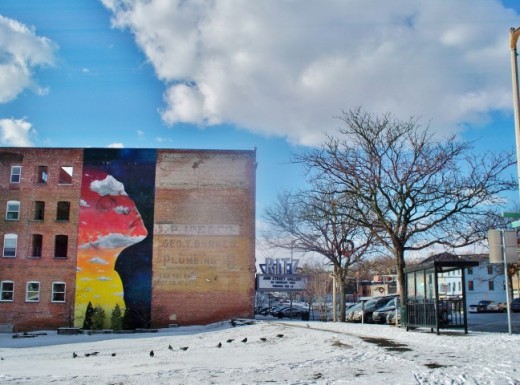 When our travelers arrived, their jaws dropped at some of the most magnificent river and mountain views they had ever seen. Their hearts soared at the absolutely affordable cornucopia of historic brick and mortar… swooning over Federal Style, Second Empire, ornate Victorians, both simple and detailed row houses, vintage Arts and Crafts and Classic Colonials. They were also disturbed by the amount of poverty and disrespect for the history and pedigree of many homes and buildings. And they were truly concerned with the element of the “modern urban condition” that this tiny city seemed like it got an extra heaping helping of. Summed up… the city was a true hybrid of promise and pain with hurdles that were basically no different than so many other cities. But there was something so much more that stirred their spirits here! 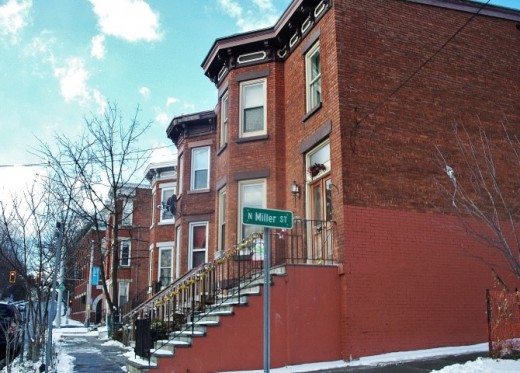 And then it happens… you feel it… “Winter-Burgh.” Is it magic or is it just brain freeze? It’s brought on by a combination of noticing the compelling historic brick and mortar dusted by a light snowfall like a postcard. The vibrant arts community bringing visual warmth to a deep chill, the friendly new entrepreneurs heating up the commercial districts with energy, and the unparalleled views that seem icy and stark, yet seasonally extraordinary! Also, undoubtedly add to that, the ability to still easily travel to the Big City and the joyous observing of one’s bank account not “frozen in time” after purchasing the urban home of your dreams! Yes, you’ve succumbed to “Winter-Burgh”! It is that very moment you realize that even in the depths of the most challenging season to get through, you’re ready to be a stakeholder. You’re happy to defrost your pom-poms and be a cheerleader and advocate for its revitalization, eager to be part of Newburgh on the RISE! And gently lowering that “ugly scarf” from over your mouth that your mother gave you for Christmas, you shout out: Newburgh’s time is NOW! 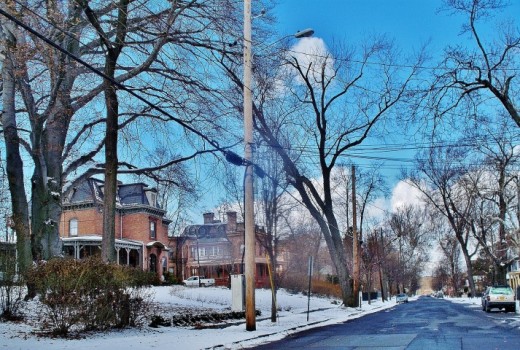