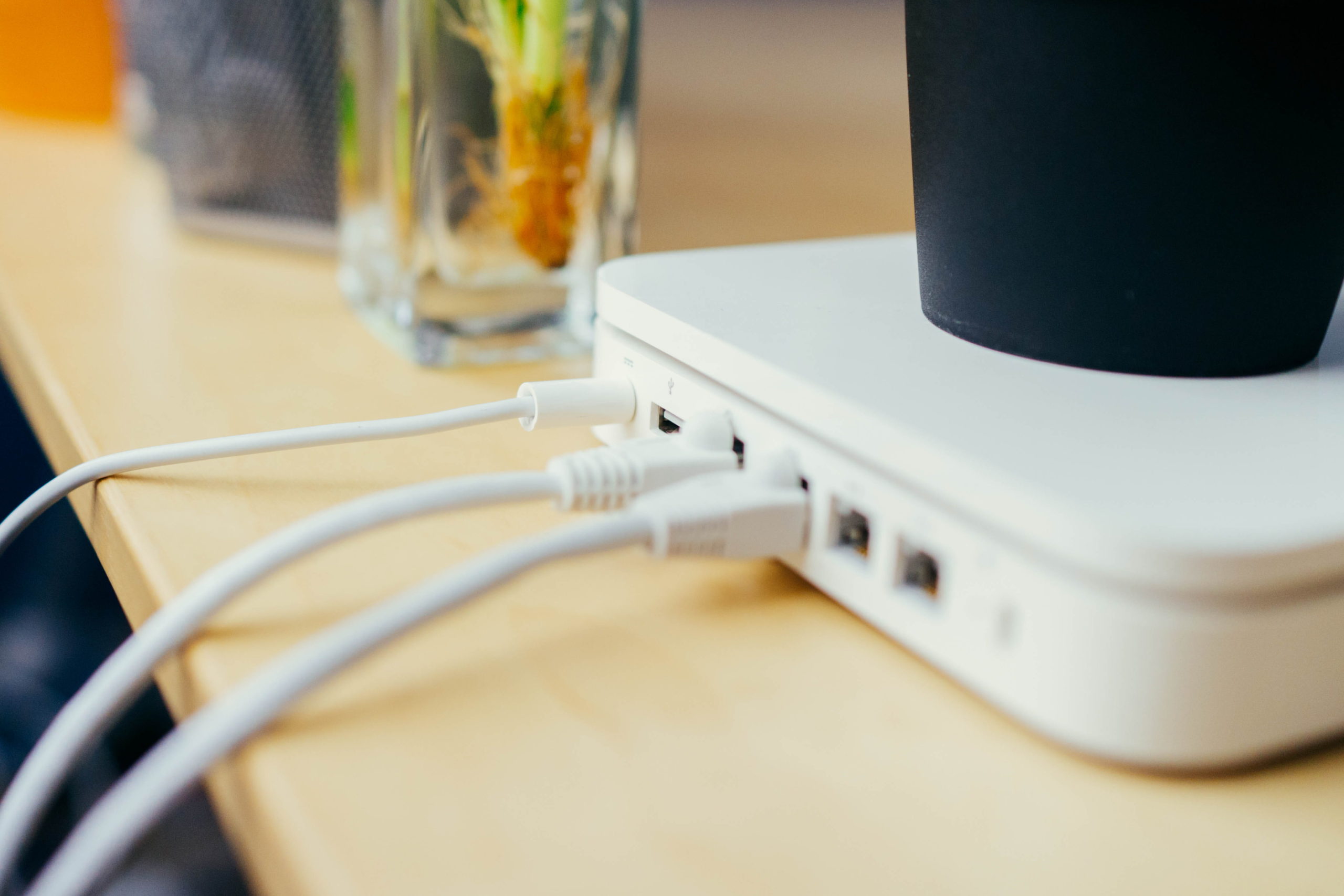 Wireless routers can be a source of EMFs in your home.

Months of pandemic-driven remote work, Zoom classrooms, and endless Netflix streaming have been giving many of us major tech fatigue. Concern about increased exposure to electronic devices and their effects on our bodies and minds has become top of mind for many people, including EMF Home Inspector Harrison Barritt, who has made it his mission to educate those in the Hudson Valley and beyond about the effects of electromagnetic fields (EMFs).

In 2003, Harrison’s own journey to understand the effects of EMFs began when he started suffering from insomnia and recurring head pain. He realized his head pain intensified after using his cell phone, so he purchased an EMF meter and discovered that his cell phone and other devices like wifi routers emitted a level of radiation that felt uncomfortably high compared to how much we use them. “Regulatory agencies have set their thresholds so high that nobody is in danger according to them,” says Harrison. “That has an astounding impact on the confidence of the consumer.” 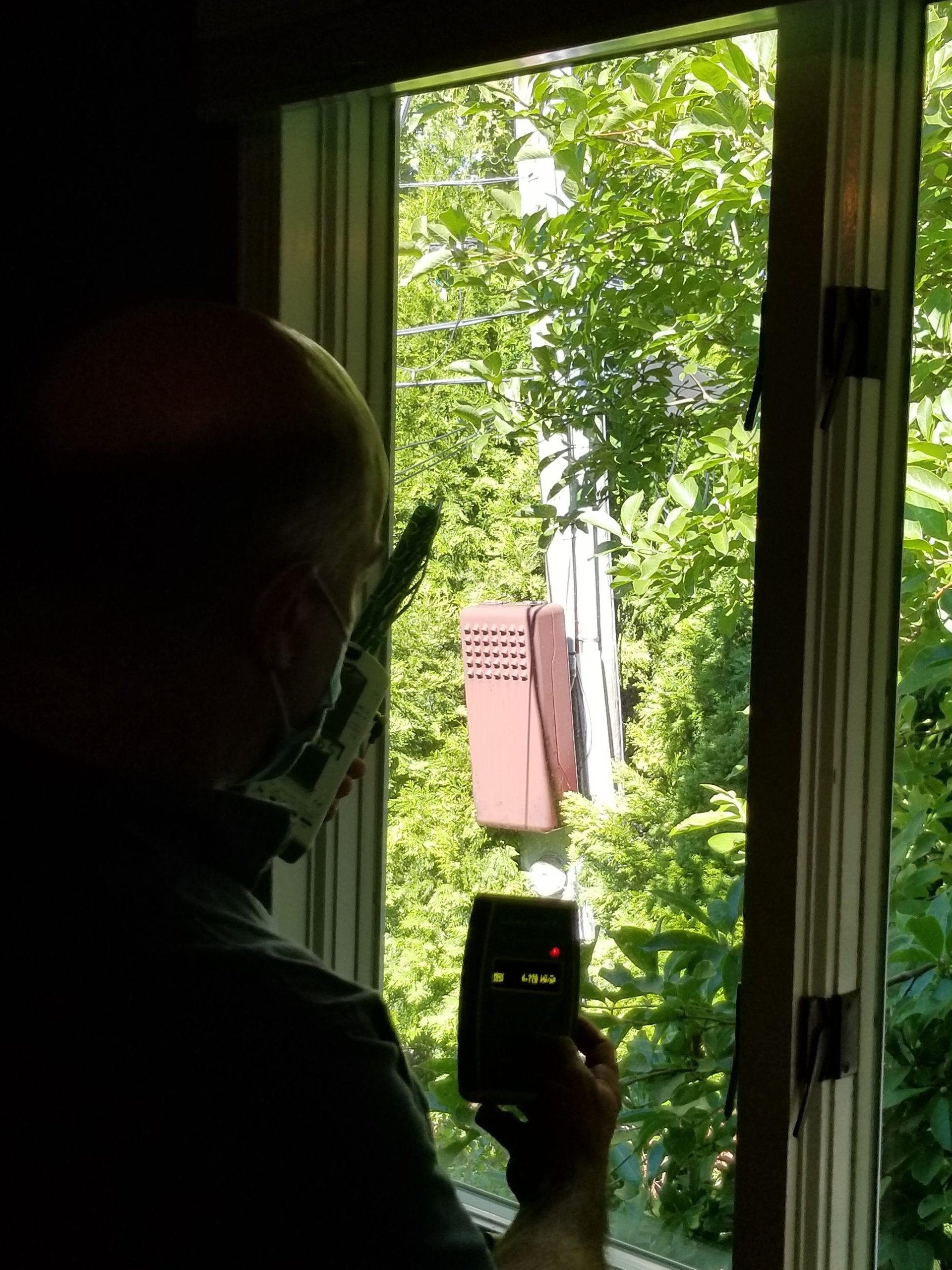 Soon, Harrison was helping others with undiagnosed symptoms like headaches, insomnia, heart palpitations, brain fog, and inflammatory conditions discover and mitigate EMFs in their daily lives. Today, Harrison conducts in-home EMF inspections and mitigations for people all over the Hudson Valley. For those farther afield, he also offers remote sessions to educate them on how to purchase or rent the specific meters they need to conduct their own inspections and helps them develop a mitigation plan. “None of what I do is about being anti-technology,” he says. “It’s about recognizing how to make the technology we use much safer.”

What You Can Do to Reduce EMFs at Home

While Harrison’s mitigation recommendations depend on the strength of the EMFs he finds on home inspections, there are several easy steps he often recommends for anyone who wants to reduce their presence at home.

1. Opt for ethernet over wifi where possible

Because wifi routers use air waves to transmit data, their EMF fields can be comparatively large. “If you’re tied to your computer for hours a day, there’s no reason why you shouldn’t connect an ethernet cable instead of using wifi,” says Harrison. According to him, simply running a wired ethernet cable from the router to your computer then disabling the wifi can expose you to much less radiation—and you’ll get a stronger internet connection as a perk. During his in-home mitigations, Harrison—and when necessary, an electrician trained in EMF mitigation that he works with—can locate wiring errors causing harmful magnetic fields, and rewire additional ethernet ports, making a wired connection anywhere in the house that much easier. 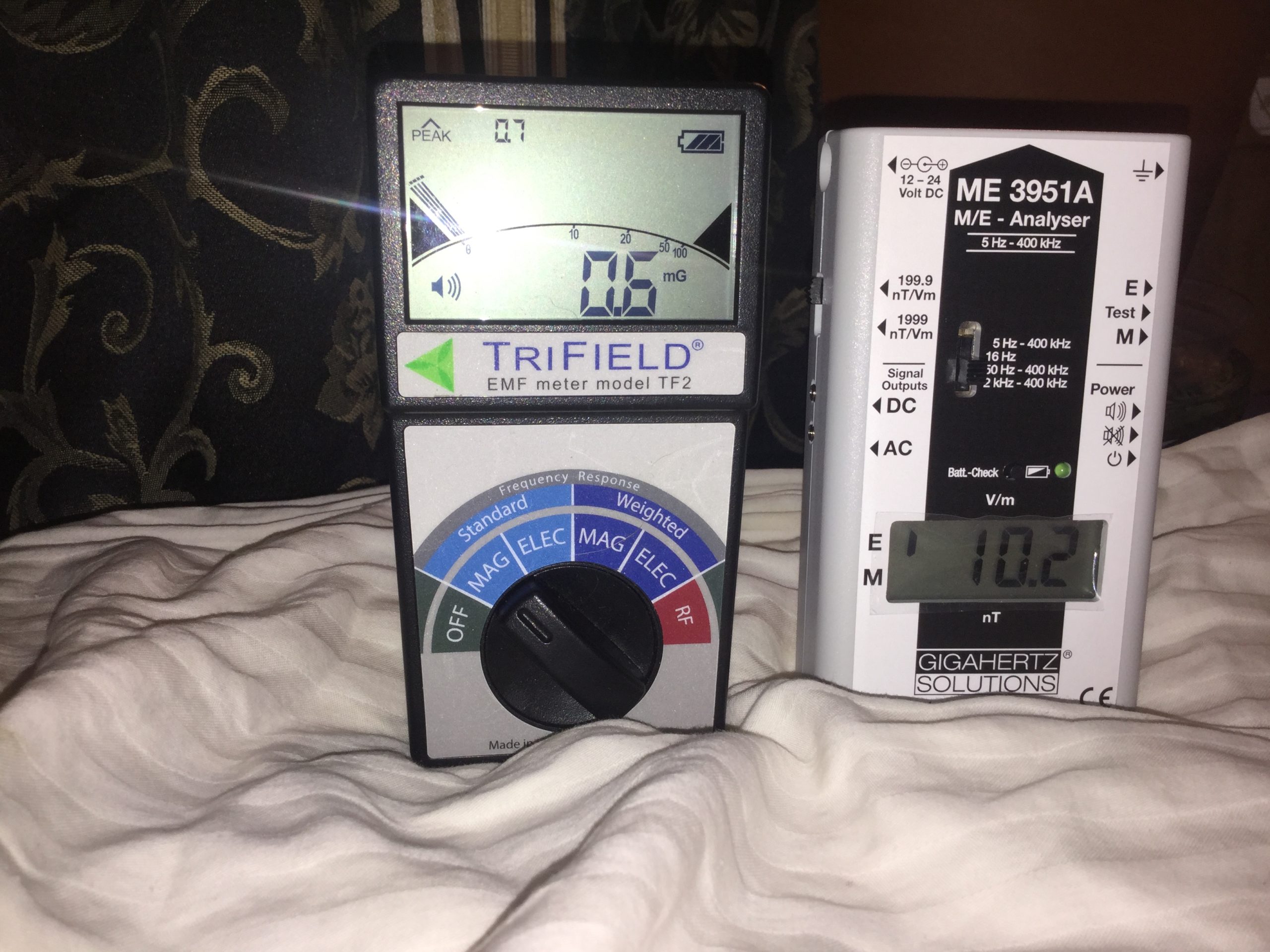 Measuring magnetic and electric fields on a bed. Image courtesy of Harrison Barritt.

2. Make your bedroom an EMF-free zone

“Sleeping is your chance to recover from the relentless daytime exposure we all live in,” says Harrison. “Most people are surprised to learn that the most common items in a bedroom are some of the biggest offenders.”

To help turn your bedroom into the sanctuary it deserves to be, he recommends removing your cell phone and any other electronic devices from where your head lies while you sleep. That includes lamps, too, which Harrison says can have an EMF that radiates out two to three feet and doesn’t go away with the simple flip of a switch. Pulling the plug out from the outlet is the only way to ensure the field is gone. If you can, Harrison also recommends that you pull your bed out from the wall, which exposes a person’s head to an electric field coming from the wall and can keep you from getting a sound night’s sleep. 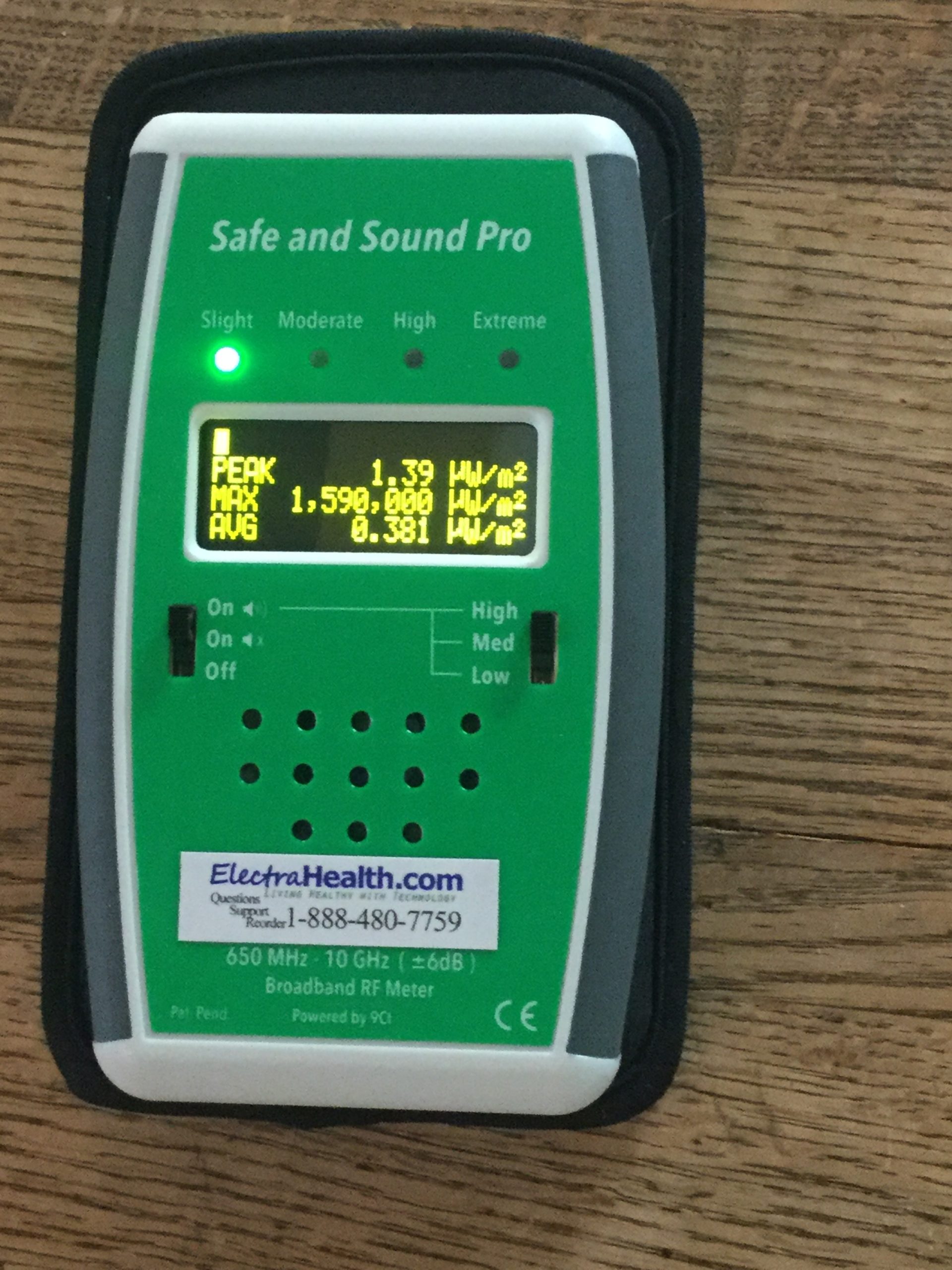 A meter showing measurements from an iPhone 10 with hundreds of times higher EMFs than safe guidelines. Image courtesy of Harrison Barritt.

According to Harrison, the only way to know for sure what you’re up against is to buy a few meters and learn how to use them yourself or have an expert complete an EMF inspection of your home. “Anywhere where you’re standing, sleeping, and sitting for long periods of time should be measured,” he says. From power lines to solar panels, microwaves and cell phones, our lives are surrounded by the invisible electromagnetic world, which Harrison acknowledges is “miraculous, convenient, and powerful, but addicting and often inflammatory too.”