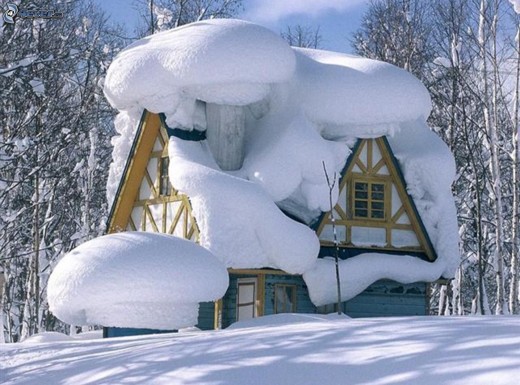 This is the time of year when a lot of upstate second homers wrestle with the decision whether to winterize their house and let it go cold until spring, or not to winterize and keep the heat on low to prevent plumbing freeze ups. In some of those old farmhouse charmers, it can cost a few thousand dollars in energy to keep the heat on low, a pricey option if you’re not planning much, if any, winter use.

What we all learned back in grade school science is that water, when it freezes, expands. Water pipes in most houses are rigid copper (although newer construction houses are often plumbed with PEX piping, which does have some ‘give’.) When the water in a copper pipe freezes, it expands, and with no give in the pipe, the pipe bursts. As long as the ice remains frozen, it effectively seals the burst. But as soon as the ice melts, there’s a hole. While that hole or burst may be tiny, it’s plenty big for thousands of gallons of water to pour through over time. Sometimes an absent homeowner won’t know anything is amiss until they get a call from a neighbor that there’s an ice slick moving down their driveway. But pipes aren’t the only places with water. You have water in your water heater, and if you’re on a well, also in your pressure tank. There are also places you may not think about, like hoses in dishwashers and washing machines, the traps in sinks, showers and tubs, the water line to your icemaker and inside the mechanism for some types of faucets.

If you plan to use your house over the winter, you don’t necessarily need to drain and winterize your house, but you absolutely need to make sure the water is turned off before you get in the car and head back to the city. If you’re on a well, it’s as simple as turning off the electricity to your well pump. Mark the well circuit in your circuit breaker box, and flip it off when you leave. Sure, there’s still some water under pressure in the pressure tank, but only five or ten gallons will spew out of a burst pipe before it loses pressure. That creates a mess, but doesn’t destroy your house. If you’re on city or community water, flip the shut off valve to off before you leave. If there isn’t an easily accessible shut off value in your house, install one.

There are lots of resources online to guide you through the steps to drain and winterize a house. If you’ve never done it before, you may want to hire a plumber to do it the first time, so you can follow along. A skilled plumber is an expert at knowing where water can lurk, and can also suggest minor adjustments to your plumbing to make regular draining easier. A plumber might recommend moving or adjusting a few pipes, for example, to change their angle so they drain down to a single low point or adding a compressor nib to your plumbing to make it easier to ‘blow out’ the water from your pipes.

Here are the basics:

Find the low point of your plumbing. Hopefully there will be a valve there, and a hose bibb where you can attach a hose. Connect a hose, run it outside of the house or to a drain and then open all of your faucets in the house. If you don’t open your faucets, nothing will drain. Think of putting a straw into a bottle of Coke, and then putting your finger over the top of the straw. The Coke will stay in the straw until you remove your finger. Also, remember you have water in your water heater and pressure tank (if you’re on a well.) Both of these should have drains, so just attach a hose and drain them out.

But just because you drained the house from the low point of the piping doesn’t mean you got all the water in the pipes. Professional plumbers will attach an air compressor to a faucet and “blow out” any remaining water.

A drain and blow-out will take care of most of the water in your house, but there’s probably water still lurking in hidden places. Every sink, toilet, tub and shower drain in your house has a ‘trap’. That’s a “J” shaped pipe with water at the bottom of the “J”. The primary purpose of a trap is not to catch your wedding ring when you drop it down the sink, but rather to create a barrier between the house and the septic or sewer system, so sewer gases don’t come back into the house. You could drain your traps, but when you come back in the spring, your house will be pretty stinky, filled with the ripe aroma of sewer gases. So what do you do? Replace the water in those traps with something that doesn’t freeze. That something is RV antifreeze. A cup or two in every trap does the trick. RV antifreeze is available at auto supply and home stores.
The other lurkers? Even when you flush your toilet prior to winterizing, there is still an inch or two of water in the tank. Siphon it out, or at least dilute it with RV antifreeze. Those oh-so-cool single lever faucets on tubs and showers often have a cylinder mechanism inside that holds a little bit of water. The only option is to dismantle it and pull the mechanism. More traditional double faucets do not seem to have this issue. Some kitchen faucets may also have a similar mechanism.

You also need to think about hoses, some you can see and some you can’t. Disconnect all garden hoses from exterior faucets, even if those faucets are rated ‘all weather’. You also may have hoses inside your dishwasher and washing machine. Dishwashers are a particular culprit in the hidden water wars, because many maintain a little reservoir of water in the bottom of the tub as well. Lastly, disconnect the hoses that feed your washing machine, and drain them out.

If this all seems like a lot of work, it is and it isn’t. If your house has been prepared for draining, with pipes angled to a single low point, a nib installed for a compressor, and faucets and appliances that don’t have hidden water pockets, you can drain a house and fill the traps with RV antifreeze in about 20 minutes. But if your house isn’t set up for draining, it can take a lot longer.

While winterizing and letting a house go cold will save you a lot of money on winter heating bills, it’s not recommended for all types of houses. What I’ve picked up from home inspectors and contractors over the years is that houses with a lot of wood inside, i.e. log homes, timber frames or houses with wood interior walls, are happier with the heat kept on low, than allowed to go totally cold.

Whether you decide to winterize or not depends on your winter use patterns and budget. But if you decide to do it, be thorough and make sure you do it right. Even the tiniest bit of water can wreak havoc when you de-winterize the house in the spring.

David Knudsen is an associate broker with Catskills Buyer Agency, specializing in the second home real estate market in Sullivan County. His website is www.catskill4sale.com. 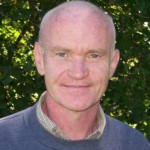