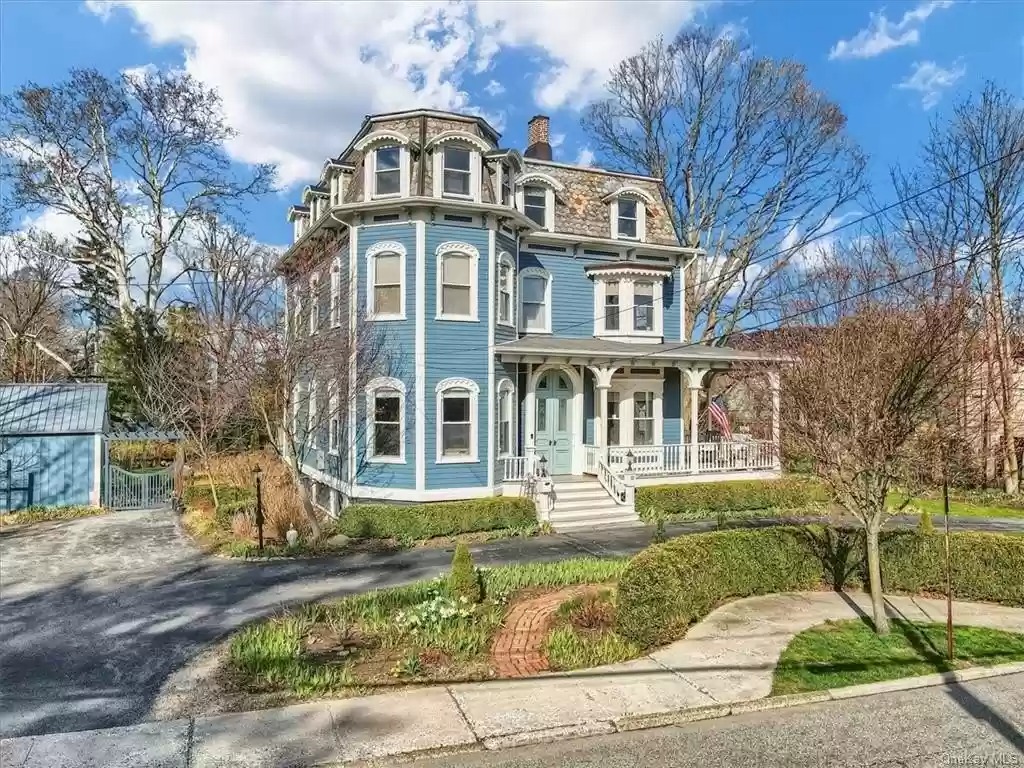 This week, we’re going back in time to the Victorian era. Your idea of that style probably hews to the pointy roofs and turrets of fairy tales. In fact, this architecture encompasses a variety of styles, but they all have one thing in common: abundant ornamentation.

This house in the Orange County village of Cornwall-on-Hudson was built in 1865, in the Second Empire style, with a mansard roof, heavily detailed cornices, and beautifully curved walls. The entryway maintains some period touches, like the delicate staircase and hardwood floors. The rest of the house is a similar mix of vintage detail and modern updates. 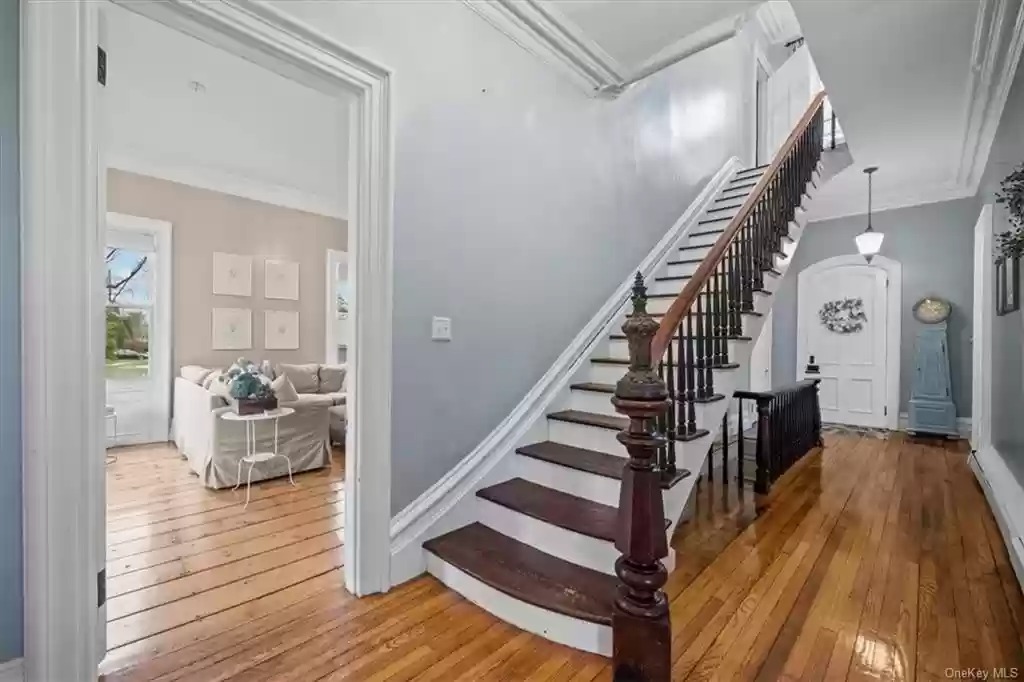 According to the listing, this 3,412-square-foot house was built by Ephraim Tompkins, a corporal in Company C of the 124th Regiment—a volunteer Civil War regiment commonly known as the Orange Blossoms. 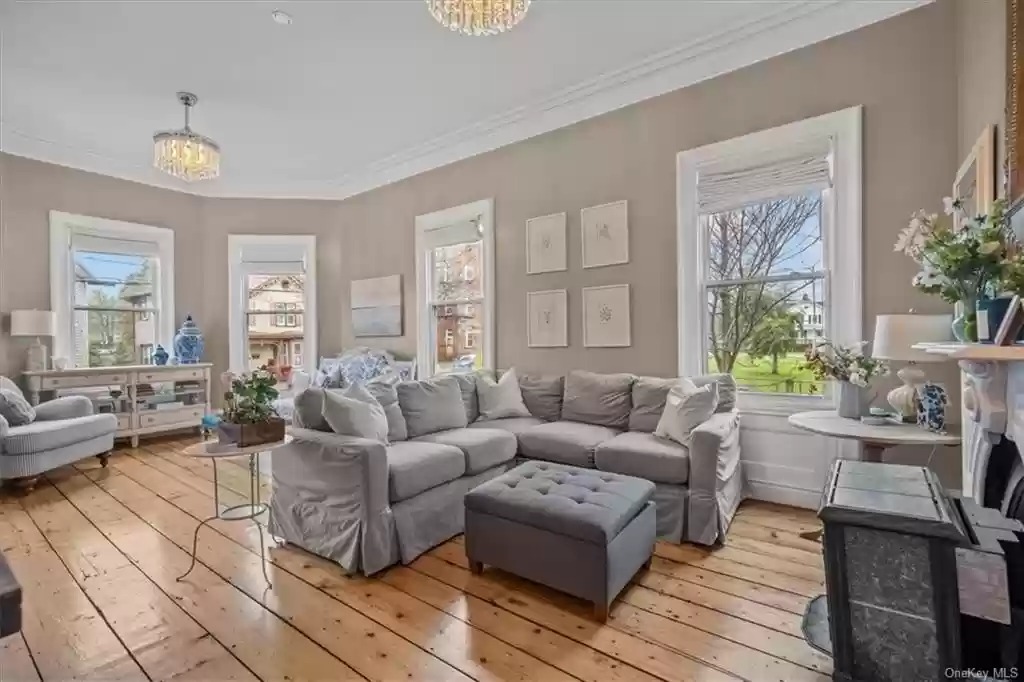 The living room features plank flooring, oversized windows, and crown molding, along with a cozy woodstove tucked into the original fireplace. 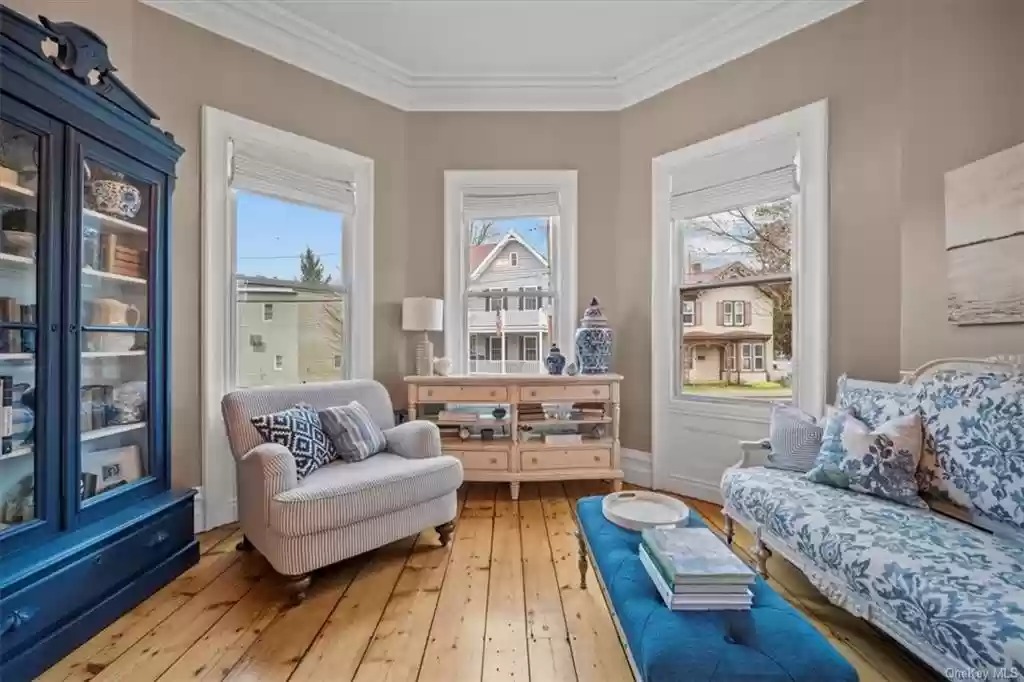 The curved wall on the other end of the living room faces the street and forms a cozy nook. 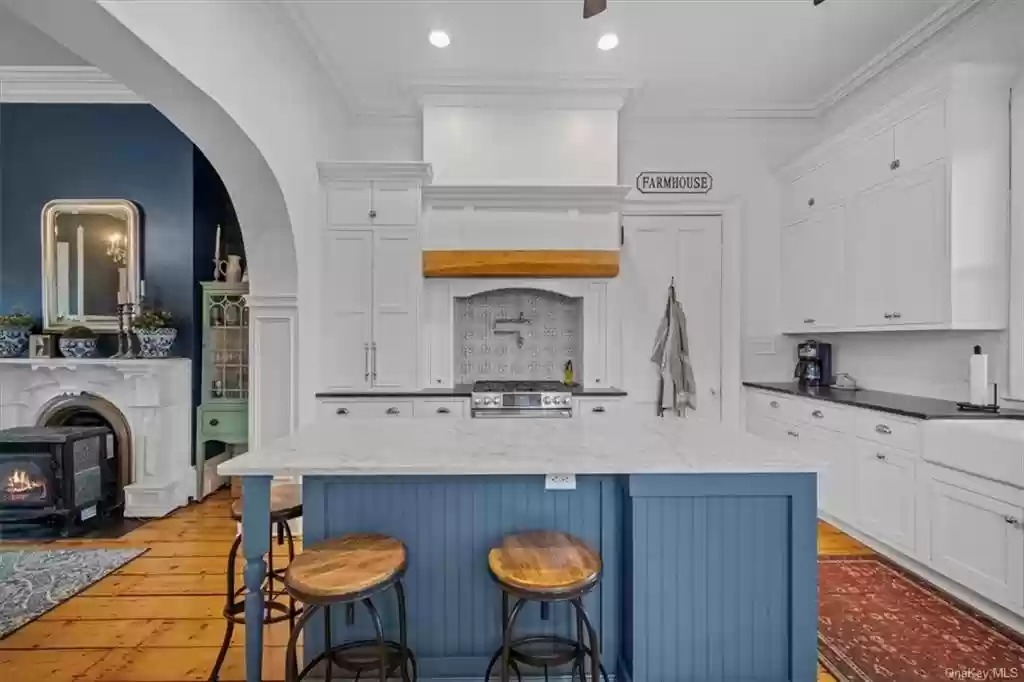 The kitchen is smartly updated, with a marble island, farmhouse sink, gas range with a pot-filler on the backsplash, and a pantry. 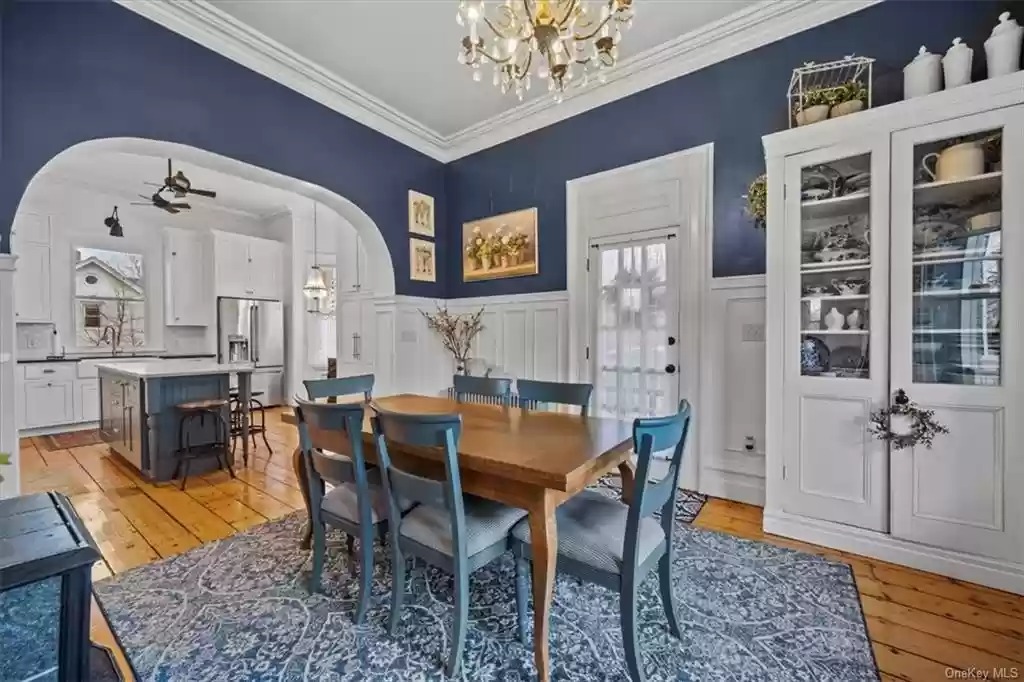 Walk through a sculpted arch into a nice-sized dining room, which has another working fireplace and a door leading outside. 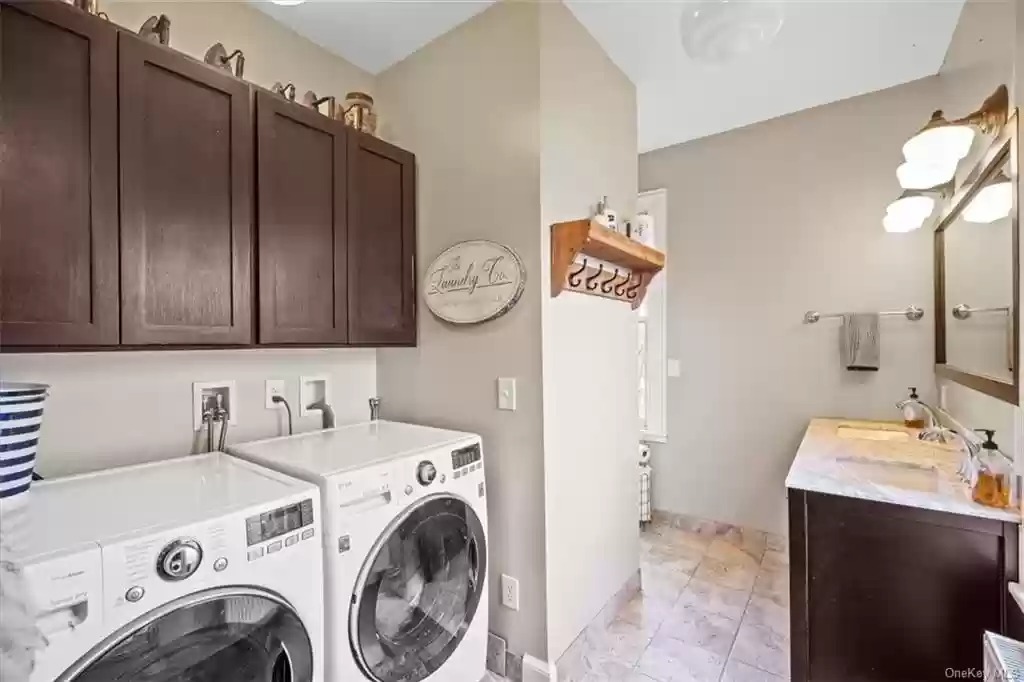 There are four full bathrooms in the house, and a half-bath that also holds a laundry area. 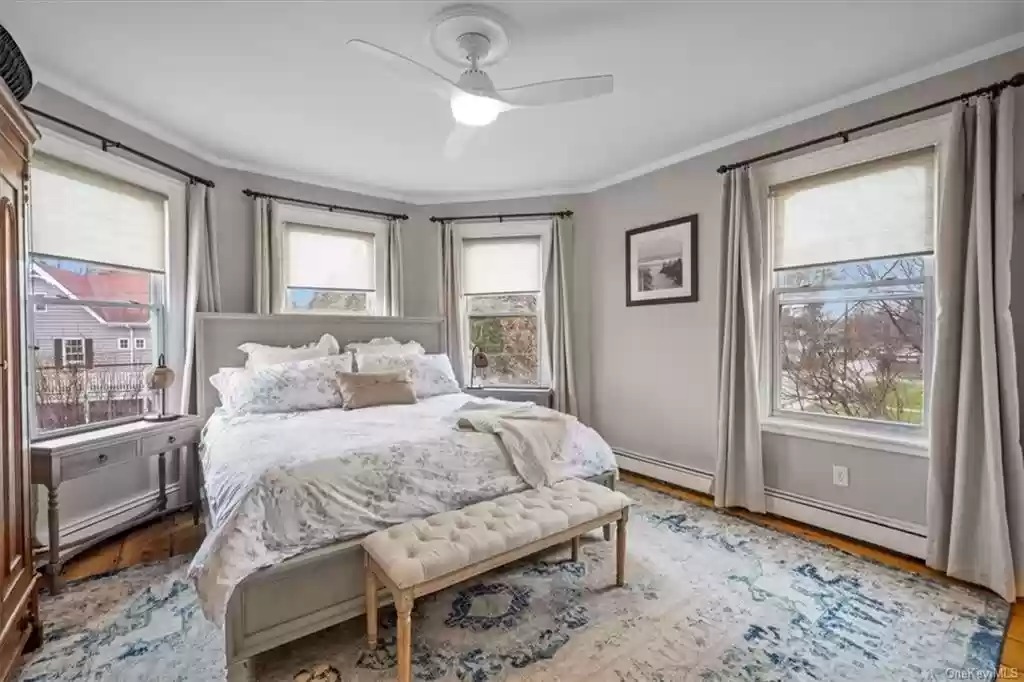 Five bedrooms are scattered among the two top floors, and they all have the same plank flooring found in the living room. 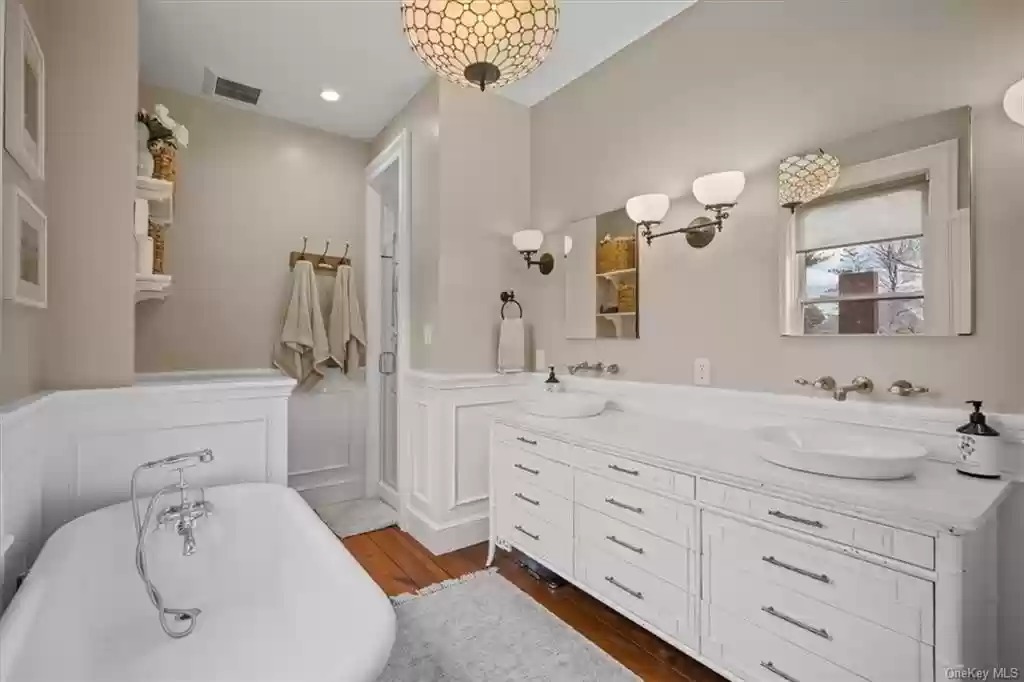 This primary ensuite bathroom has a separate shower, a luxurious soaking tub, and a double marble-topped vanity. 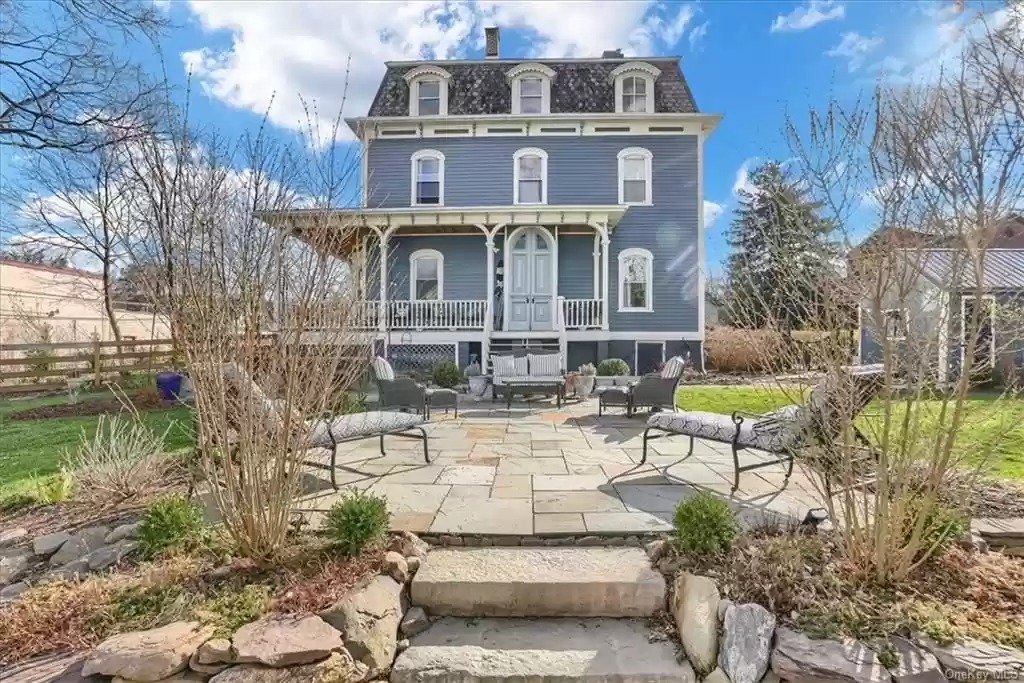 The property totals just a shade under a half-acre, which is sizable when you consider that the entirety of the village measures just two square miles. On the shores of the Hudson River, Cornwall-on-Hudson is just an hour’s drive from New York City. There’s riverfront recreation, good schools, and shops like 2 Alices Coffee Lounge, Woodsman Men’s Provisions, and the soon-to-open Cornwall Country Store.

If this snappy Victorian appeals to you, check out 12 Idlewild Avenue, Cornwall, from Colin Seitz with RE/MAX Benchmark Realty Group.