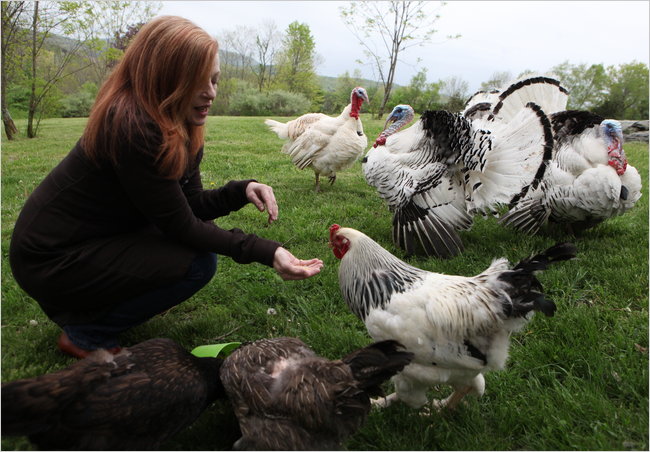 I love Susan Orlean so much I can’t even be jealous of her bucolic-literati lifestyle. She seems so above trendiness that reading about her Columbia County home in the New York Times made me even prouder to be a part-time Upstater. I get the sense that she’s not a follower of fashion, just a person of good taste.

The article is in promotion of Orlean’s new book, “Animalish,” which is a fine excuse for all of us to salivate over her petting zoo. Her 55 acre property is home to “one dog, three cats, eight chickens, four turkeys, six guinea fowl, one fish and two snow-white ducks.”

If you had the space, what sort of farm animals would you adopt?