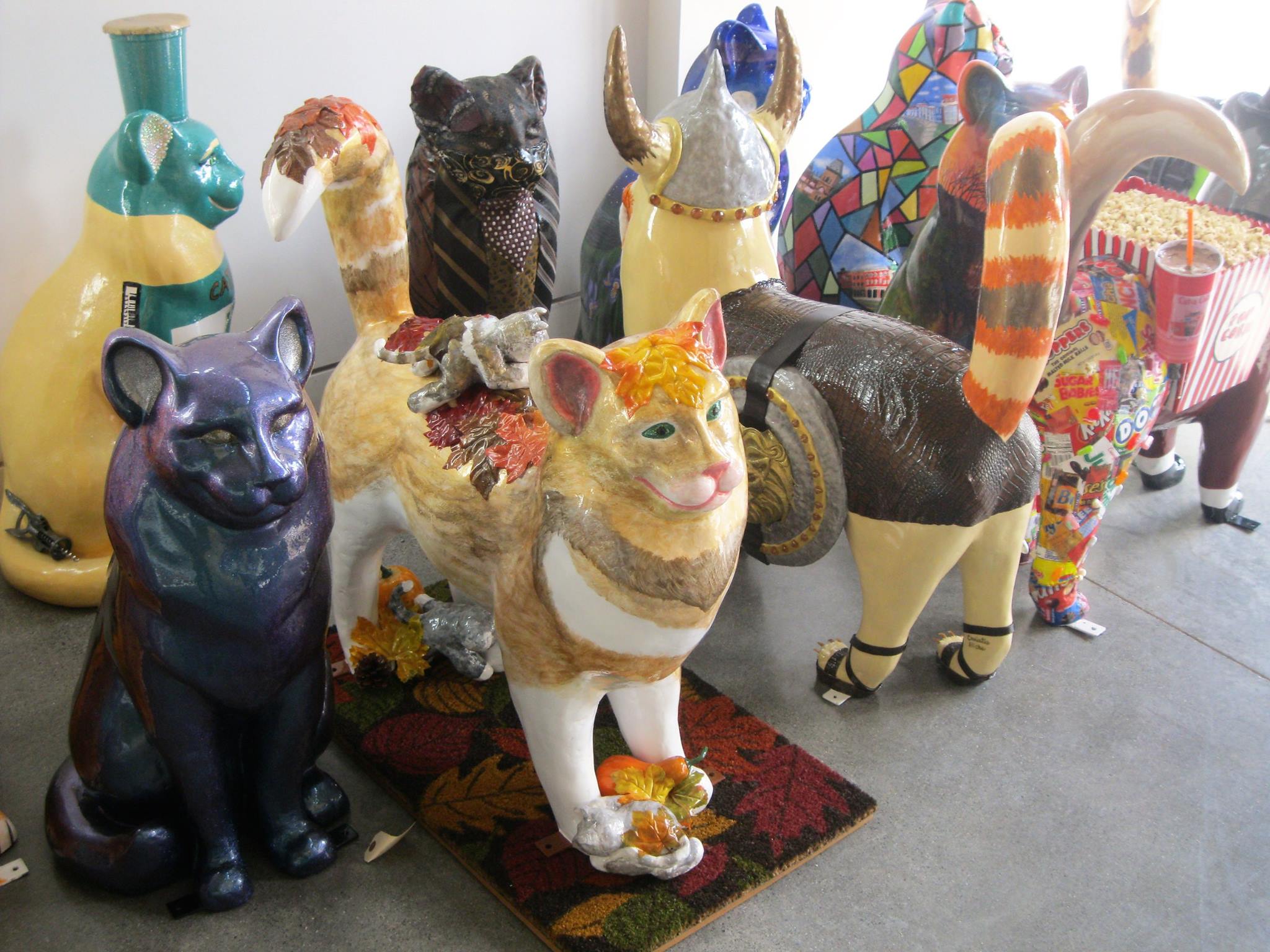 Via Cat’n Around Catskill on FB

Next week on Upstater, we’ll be looking at properties around the town of Catskill in Greene County, which reminded us of the cats. Lots of cats. Lining Main Street in Catskill village, all summer long, dressed and adorned in all manner of finery and artistic flourishes provided by local arts and craftspeople. The cats are then auctioned off to the highest bidder when the summer season starts to wind down.

Of course, the cats involved in Cat’n Around Catskill aren’t real kitties. They’re sculptures, and they’re now on display in the village. The Daily Freeman offered this photo gallery of this year’s crop of Catskill cats in case you’re curious about the cats and their artists.

We can’t think of cats in Catskill without reminiscing about the now-defunct Catamount People’s Museum, a building-sized, hand-made cat that contained books, letters, photos, and other ephemera making up the piecemeal, unofficial town museum. If cats really do have nine lives, the Catamount cat on West Bridge Street had 45 of them…and they’re all located along the streets of Catskill village, where they appear summer after summer after summer. 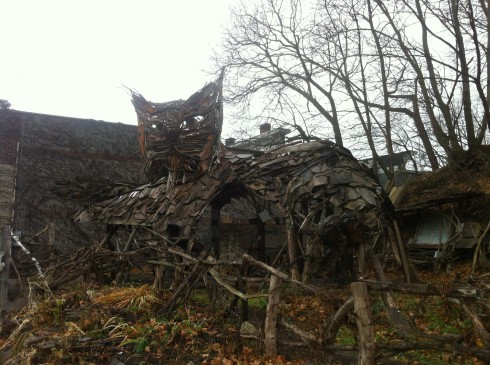 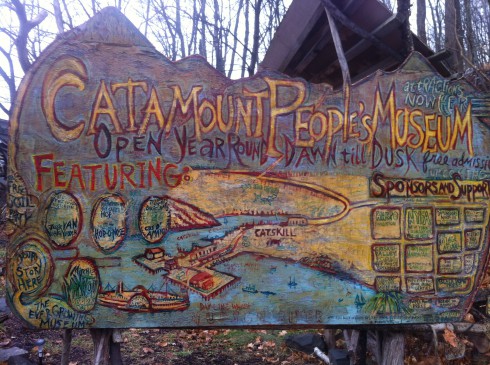