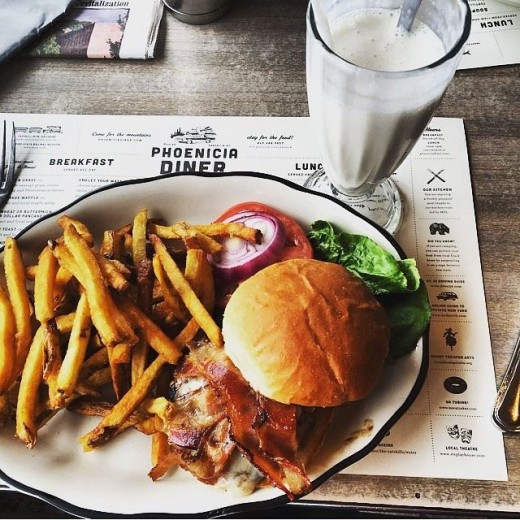 For anyone who’s been a long time resident of the Catskills, this recent article from the Daily Mail UK might elicit a chuckle or two. Back when the towns in the Catskills were all but forgotten, shuttered resorts moldering on their foundations, lots of us were here, and we weren’t alone. While the rest of the celebrities were racing off to the Hamptons for vacations, we were helping David Bowie pick out vitamin supplements at Sunflower Market in Woodstock and running into Uma Thurman at the local yoga studio. A-listers, especially those who live mostly in NYC, have known about the magic that lives up here among mountains. Only recently have places like The Graham & Co. in Phoenicia and Cucina in Woodstock, both specifically mentioned in the Daily Mail article, put the Catskills on the map as a nature-lovin’, down-to-earth, quirky destination without visitors having to skimp on the luxurious experiences (one word: Glamping. Another word: Spas) or fine food. It’s almost like the Catskills longtimers were the trendsetters. It was only a matter of time before the rest of the world followed.