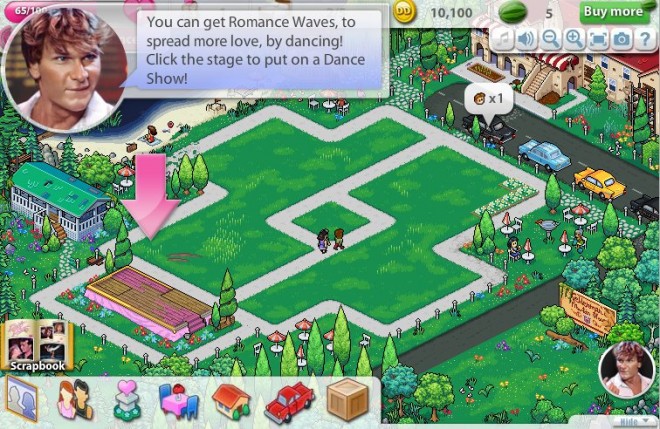 Um, wow. I’m not the only one obsessed with ushering in a new heyday of 1950s bungalow colony life. Lionsgate Entertainment apparently believes that enough folks love the movie Dirty Dancing, and its fictional bungalow colony Kellerman’s Resort, to play a build-the-resort game on Facebook. Much as I love urban planning, and enjoyed the earliest version of the SIMS, this seems less appealing to me. According to the blog Scribbal, “Fairly early on during the tutorial which is designed to show you how the game works, you have to take part in a dance rehearsal which lasts for an hour in real-time, during which time you can’t do anything else.” I’d rather just by a defunct bungalow colony and resurrect it in real life.