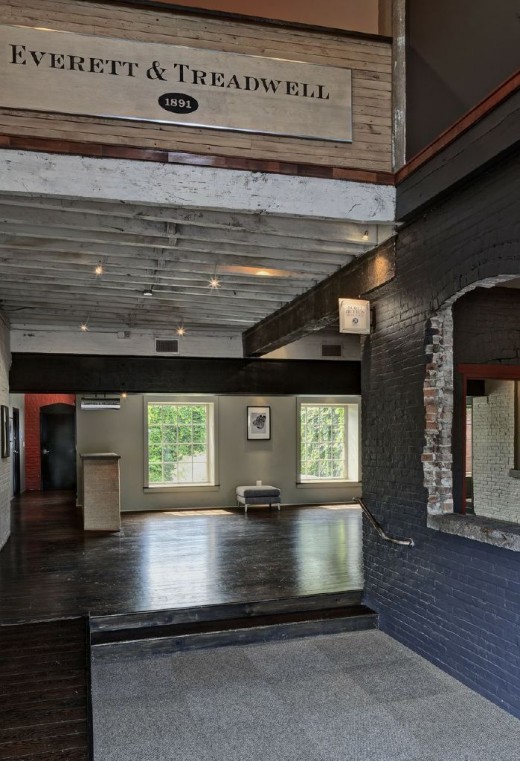 Warehouse space. It conjures visions of raw, cavernous spaces, undefined dimensions that could be redefined in limitless ways. My love for industrial spaces stems back to the steel mills and factories of my youth. In the mid 1970s and 80s, I was mesmerized by these haunting creatures… whose brick facades, towering windows and endless spaces allowed the imagination to wander. I was a designer at heart from an early age — the mere mention of an industrial space brought a sparkle to my eye.

Through the nearly two decades since my college graduation, I have dined on salmon in a friend’s Manchester Loft in Richmond, purchased the most intoxicating artisanal cheeses from a grocery housed in Baltimore’s Mount Washington Mill, clinked many a champagne glass in Chelsea’s converted art galleries. The common thread woven throughout these experiences is the allure of a converted industrial space.

On my arrival seven years ago, I was transfixed by the tantalizing appeal of the many converted and non-converted industrial spaces that litter the landscape of the Hudson Valley. In 2012, while serving as president of the board of directors of the Friend of Historic Kingston, I was consumed with the idea of hosting an industrial tour. I had been privy to so many terrific rumors regarding the conversion of Kingston’s former industrial sites. I could not rest until FHK hosted a tour to salute the re-adaptive usage of these converted sites: woodworking factories, an encaustic paint manufacturing center, galleries, artist studios, residential lofts and event spaces.

Of the seven industrial sites featured on the tour, one gem shined brighter than its contemporaries: the Everett & Treadwell building, in the former Canfield Supply Warehouse. This majestic four-story brick structure with its urban backdrop and mountain views was indeed the space I had envisioned in my childhood. 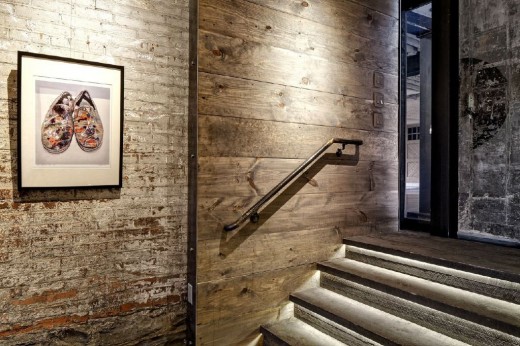 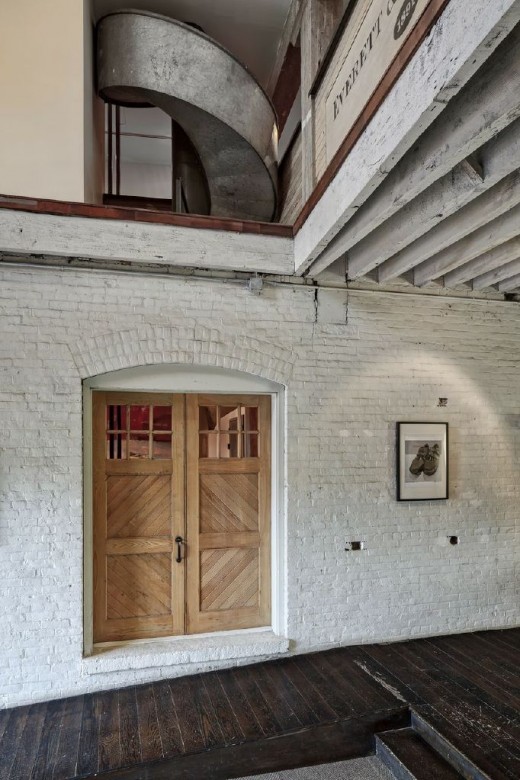 Over a fourteen-year period, architect Scott Dutton has transformed this 28,000-square-foot space into a chic venue whose spaces whisper of signature art openings, artisanal dinners, cool jazz, and endless opportunities for enjoyment. Each floor of the Everett and Treadwell building is a salute to Scott’s keen eye and aesthetic… trained through the Pratt Institute voiced in the early days of Willimasburg, “when Williamsburg was Williamsburg.”

Scott, along with his wife Theresa and their children, have created a space whose breath is addictive. Throughout the building’s phases of renovation, Scott has generously opened his doors for fundraisers. The E&T has even served as a backdrop to a German television series being shot on location in the Hudson Valley. 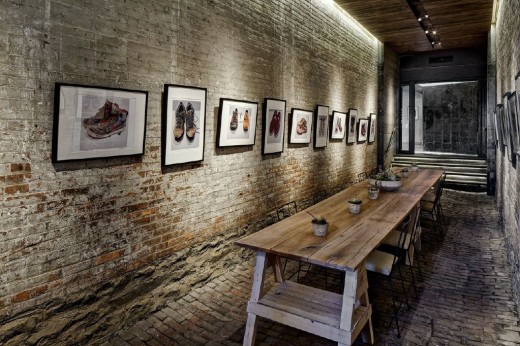 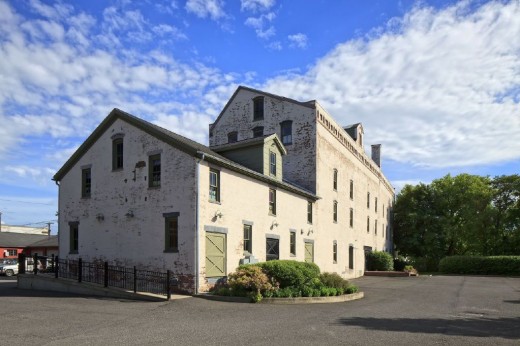 In 2015 after closing in upon completed renovation, Scott will launch the Everett & Treadwell as a for-hire event and filming venue, though the building will also continue to serve as the headquarters for Scott’s signature architectural firm, Scott Dutton and Associates. The building’s 28,000 square feet provide ample space for multiple uses.

The launch of the Everett & Treadwell will usher in a new era for event planning and filming in the Hudson Valley. Throughout my years in D.C., Manhattan, and the Hudson Valley, I have been scouting venues for charity events and private parties. Rarely in my searches have I found a space whose four floors so exquisitely incorporate an industrial past with a 21st-century chic. When you discuss the potential weddings, fashion shoots, film locations, musical celebrations with Scott, his eyes begin to dance with mischief. Like the world of Willie Wonka, the possibilities for the E&T are only limited by one’s imagination.