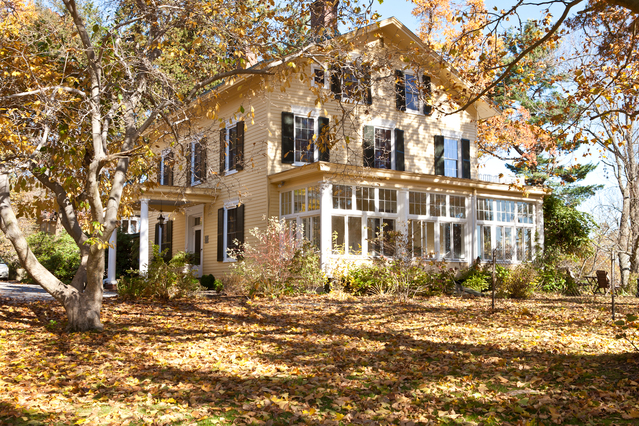 Technically, this updated 1860 Colonial is in the hamlet of Balmville, just north of Newburgh city. It’s such a fetching piece of upstate New York real estate on the outside, and the views are spectacular, but the inside feels a lot like a three-star hotel, lots of patterned wallpaper in inoffensive mauve shades. Still, the views are spectacular, it’s got five acres and feels oh so country, but it’s right close to city life. In fact, listed under amenities are “Golf Course, Health Club, Medical Facility, Public Transportation, Shopping/Mall.”

As far as Newburgh real estate goes, this is pretty much the best thing I saw in the luxury category. It has a detached two-bed caretaker cottage (more my speed) that rents for $1,200/month. Taxes are $20,290 a year, but if you’re spending eight hundred grand on a country house, that probably won’t deter you. And it’s been on the market for a spell, recently undergoing a $76,000 price cut. Stats on the jump.