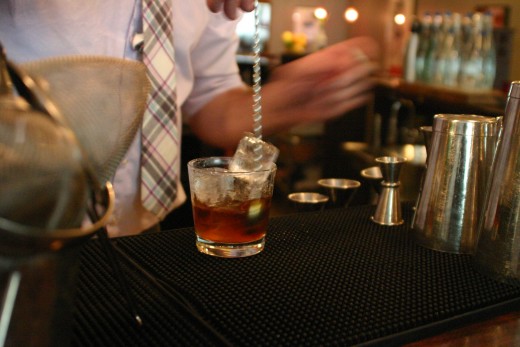 Before moving to Kingston this year, I spent a lot of time migrating back and forth between Brooklyn and Bearsville, playing the part of either the disaffected, unpublished novelist or the stoic, woodland stranger.

My visits to Stockade Tavern in Uptown Kingston became the intersection of these two lives — a few excellently-prepared cocktails prepared me to return to the blur of the city or to my less-than-transfixed audience of trees, depending on which way I was headed. In both worlds, I was intentionally easy to miss, attempting to elevate myself above the messy world of self-consciousness. And for a while, it felt good to float.

But somewhere along my faceless fantasy, Paul, the co-owner of Stockade, began to serve me my favorite drink, a Sazerac, before I ordered it. If you can make a great Sazerac, then you are akin to the wind beneath my wings. I’ve come to fully enjoy the subtle variations within that expose the soul of the mixologist who stirred it. 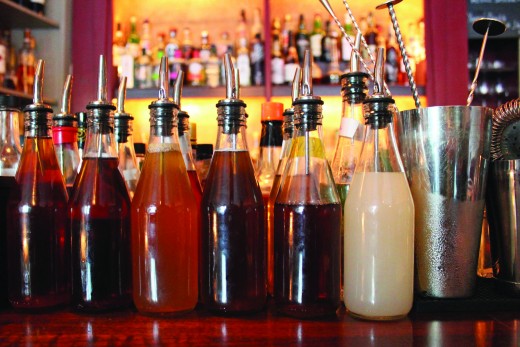 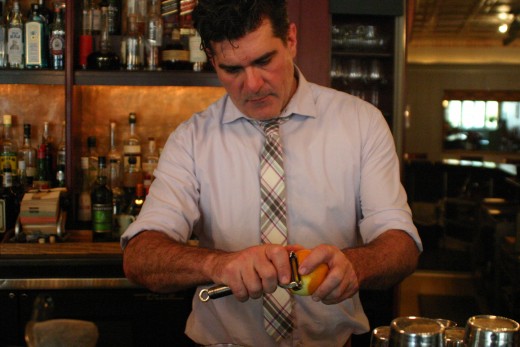 Paul (and his partner in crime, Jenny) eventually asked my name — and actually remembered it — which sent me into a tailspin. My defensive cover was suddenly blown. And it encouraged me to put down my smartphone and speak with my mouth, not my fingers. I began to widen my selections, too. One night, I had a Tequila Rickey with half a lime that made me want to wrestle the world. Another time, a Muddy Waters compelled me to run through the rain, chasing after the lightning.

Erica was the next to know my face. And then make fun of my face in the way I thoroughly deserve. Josh introduced himself through suggestions based on my love of Sazeracs. They all acknowledged my existence in a sincere manner. With what you might call emotional alchemy, they made being at Stockade even better than what was inside my glass (which was already awesome).

However, on a steamy night in the recent past, we gave the contents of our glasses extra attention with a personal tasting of some of Stockade’s best. Josh explained the history and ingredients behind each gulp. The stories and the depths of flavor were endless and alluring. Which can make it slightly difficult when trying to form complete, alliterated sentences to describe them. But I’ll do my best. 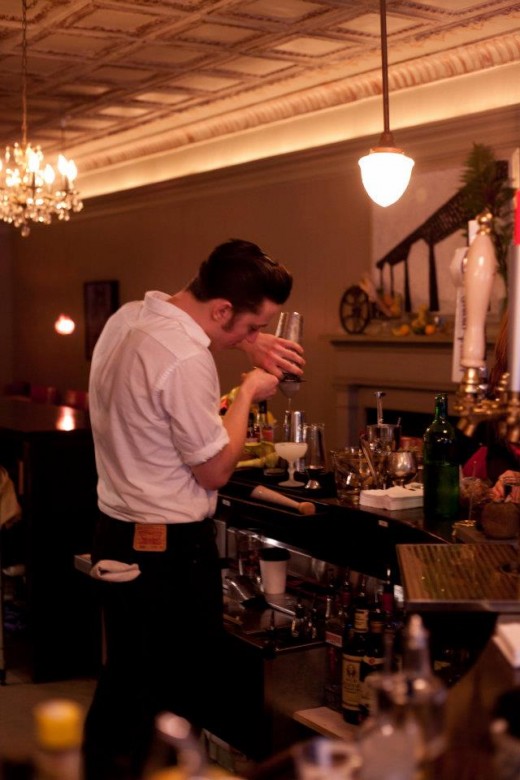 First, we were swept away by the aged rum, sweet vermouth and orange bitters of the classic Palmetto, a quintessential stirred rum summer sipper. The Remember the Maine was like an absinthe bomb going off in my mouth, comprised of rye whiskey, sweet vermouth, cherry heering, and of course, absinthe. (I should mention that both of the above are two of Josh’s favorite classic stirred cocktails.) Then came the Bee’s Knees, a refreshing synthesis of gin, lemon and honey, and the most delicate, supple and simple drink I’ve ever fallen for.

Sarah closely guarded her Clover Club, so while we saw the gin, the raspberry rosiness, and the delicate egg whites that decorated her glass, we could only imagine the refreshment. Chris and I were awarded Jet Pilots to wind things up — Jamaican rum, aged rum, overproof rum, lime juice, grapefruit juice, cinnamon syrup, velvet falernum, angostura bitters and absinthe. (And just to be clear, he’s Goose and I’m Maverick.)

It’s hard to get my head around all the intense flavor combinations, but I think my favorite of the night was a Hotel Nacional, made with white rum, pineapple, lime, orgeat and apricot brandy. I’ll definitely be ordering it the next time I sidle up to the bar. 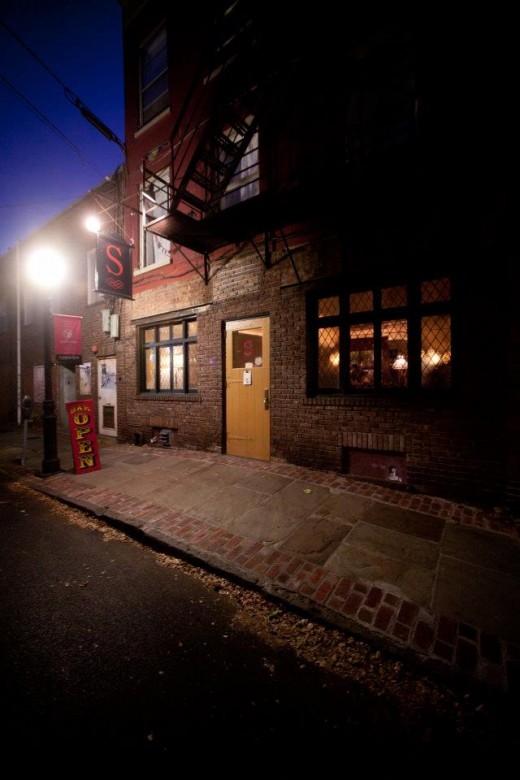 You probably don’t need me to ramble on about Stockade. If you mention upstate and craft cocktails, most people are already in the know. They’ve been noted by multiple magazines and weekend nights are overflowing with pleased patrons, tasting and taking in the experience.

It is hard to know how long the craft cocktail world will remain a force — New York appears to have at least one per block. Is this a spirited moment or a liquid monument, built to last until the last sip?

With Stockade, I don’t think it matters. Because I’m beginning to realize that true craft along with the communities around it are the foundations that don’t fade. When you, or I, become a bona fide part of a populace, it’s impossible to hide your face. If every customer is going to return, then the trend has been successfully bucked. The point is that it’s good to give a hoot, from both sides of bar. 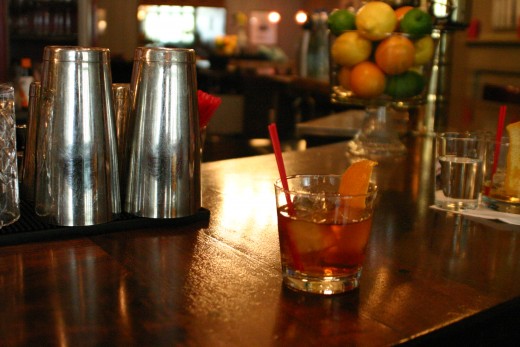 In the end, it’s as simple as calling Stockade my favorite local watering hole. But please be advised, their water is full of fire.