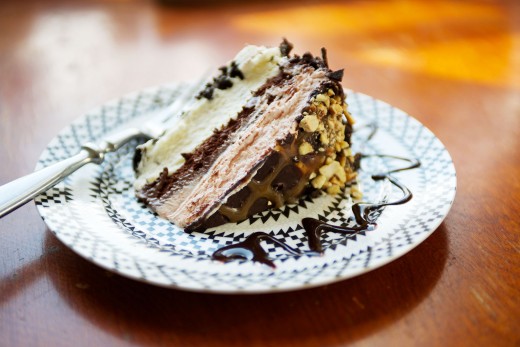 The first time I had Jane’s Ice Cream was back in 2004. I had just started working at the Ulster County courthouse in uptown Kingston, and my co-workers were hipping me to all of the places to grab mid-afternoon snacks around Wall Street (back then, there weren’t many. Kingston has certainly grown since). “There’s a Jane’s Ice Cream place right down the street,” said one co-worker, to which I replied, “what’s Jane’s Ice Cream?” My co-workers mouth opened and her jaw went slack. “You’ve never had Jane’s Ice Cream?!” Without waiting for a reply, she promptly dragged me down to Hickory BBQ & Smokehouse, which used to have a small storefront on Wall Street and served at least a dozen flavors (maybe more; my memory is fuzzy) of Jane’s Ice Cream. Once there, I ordered myself two scoops of Coconut Chocolate, and from those inauspicious beginnings, a love affair was born. Little did I know at the time that Jane’s Ice Cream is an institution around the Hudson Valley, and this year, Jane’s is celebrating 3 decades of serving their silky smooth and flavorful concoctions to ice cream lovers like me. The ice cream’s namesake and creator is Jane Keller, but Jane’s sister, Amy, and her husband, Robert Guidubaldi, took over the business and is still kicking out the creamy, delicious jams using local ingredients whenever possible and never wavering on quality.

While Hickory BBQ and Jane’s Ice Cream are no longer on Wall Street, you can still get Jane’s Ice Cream in plenty of other places around Ulster County and beyond, including the Kingston Farmer’s Market on Saturday. Find a map of where to find Jane’s on their website as well as a list of all their flavors. In the meantime, read this interview with Amy Keller in Hudson Valley Magazine and prepare to come away with intense ice cream cravings. Don’t way we didn’t warn you. It’s okay, though. Celebratory ice cream calories never count.