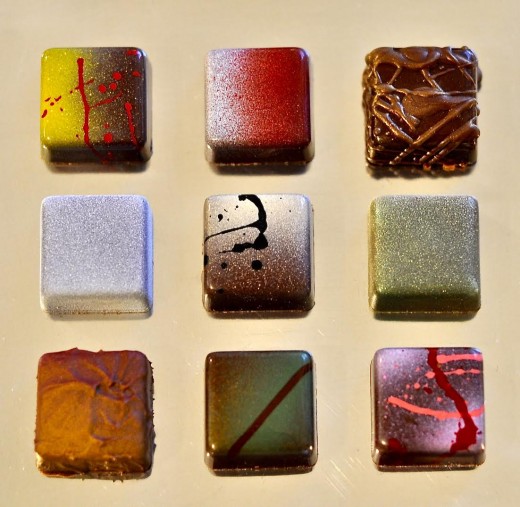 “Abbe is cut off from any more Brown Butter Bourbon Caramels. Even if she says she’s buying them as a gift. Do not be swayed by tears.”

Besides being really bossy and happily very opinionated (hey, you don’t get to have a business called Abbe Does It without spending lots of time telling clients how to “do” it), I also love being “first” – getting the scoop before the crowds do. Maybe that’s my background as a journalist or maybe it’s just my personality, but who cares, because, Dear Readers, I’m giving you the inside scoop on the newest shops and happenings soon to take Woodstock by storm this spring! 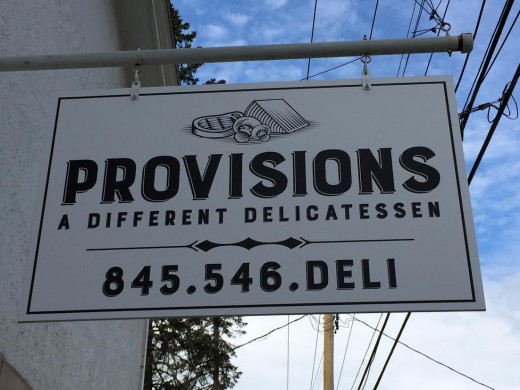 First up, meet Provisions, at 65 Tinker Street (could’ve written “meat Provisions,” but it was too easy a joke). They’ve just hung the sign this week and all indications are that partners Emily Bonilla and Anthony Heaney will be open for biz on or near April 15th.

But I’m telling you about it now because I know you’re going to be as excited as I am. First and foremost, sink your proverbial teeth into this: deli selections made from pasture-raised, hormone- and antibiotic-free meats. Prepared foods, including their own focaccia, their own mozzarella and their own pastrami! Local grocery items, great coffees and teas, and take out breakfast, lunch and dinner. And soft serve ice cream! 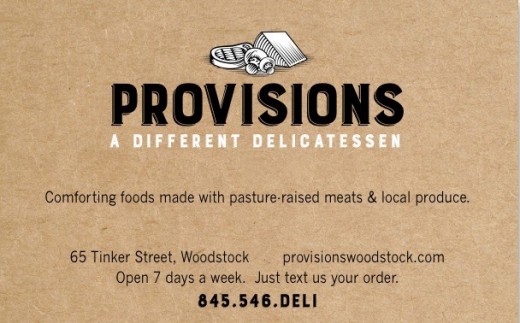 Coming on the heels of Woodstock Meats’ announcement that their biz is for sale, this is just the sort of news that is music to our ears here in town.

The backstory: Anthony is trained as a whole animal butcher and it will be Provisions’ mission to use as much of each animal as possible. So you can enjoy deli meats on your sandwiches while your pooch can happily munch some tasty dog treats. And Emily earned her chops at Fleisher’s before moving on to serve as COO (Chief Operating Officer) at Dundore and Heister, a whole animal butcher shop located in PA. Both are excited to be at the helm of their own place in the Hudson Valley, so expect to see them behind the counter of Provisions, and get ready for another yummy addition to an already great food scene.

Here’s something VERY not Hudson Valley about Provisions, incidentally. Text or email your order in and it will be ready for pick up OR….OR….OR…delivery! Yes, delivery will be available this summer. Wheeeeeee! 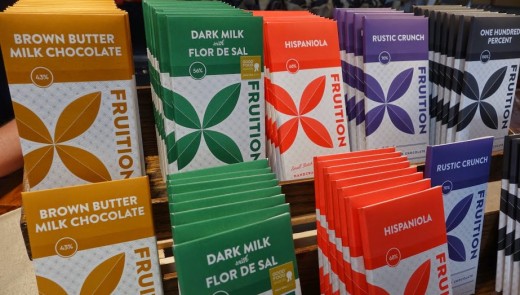 Likewise, up the way at 17 Tinker Street is the new and sure-to-be-gorgeous jewel box of a shop from Fruition Chocolate, which will maintain its production and mothership retail space in neighboring Shokan, but is getting in on the whole Woodstock buzz (surely you’ve seen the articles in Vogue, The New York Times, Time, Travel + Leisure and Fodor’s…Woodstock is red hot!)

The new Fruition retail boutique opens April 25th (with a big party – see you there!) and will showcase not only the classic and limited release bars that are the calling card for the company, but also will introduce new confections, including filled chocolates and confections. Flavors include Honey Rosemary Ganache, Banana Rum Pecan and Crispy Cashew Gianduja with Strawberry Preserves.

Fruition is one of only a handful of chocolatiers in the United States that also produces all of their chocolate directly from the cocoa bean. Dessert Professional Magazine has recognized Bryan Graham as one of the top ten Chocolatiers in North America, and the company has won a million jillion awards; most recently, Fruition was awarded first place for its new Marañón Dark Milk Chocolate 68% at the Northwest Chocolate Festival. Over the holiday season, Fruition’s collaboration with Hudson Valley-based Westwind Orchards debuted a line of limited edition bars that were sold in luxury retailers including Barneys New York.

Sidebar here to Bryan and Dahlia – Abbe is cut off from any more Brown Butter Bourbon Caramels. Even if she says she’s buying them as a gift. Do not be swayed by tears.

And one last item to whet your springtime whistle. Clothing designer Isabel Wilson, who had an adorable pop-up shop here in town this winter, is working in conjunction with Byrdcliffe Guild to offer a series of summer textile courses up in the historic Byrdcliffe colony. Isabel tells me that the classes are open to all levels and will be held in the gorgeous Loom Room in the Colony that, up till now, has not been open to the public in this manner. Courses include loom weaving, machine knitting and surface design. Isabel’s designs are not only beautiful – they are chic AND wearable. So by all means, click here for more info and get your fashion on! 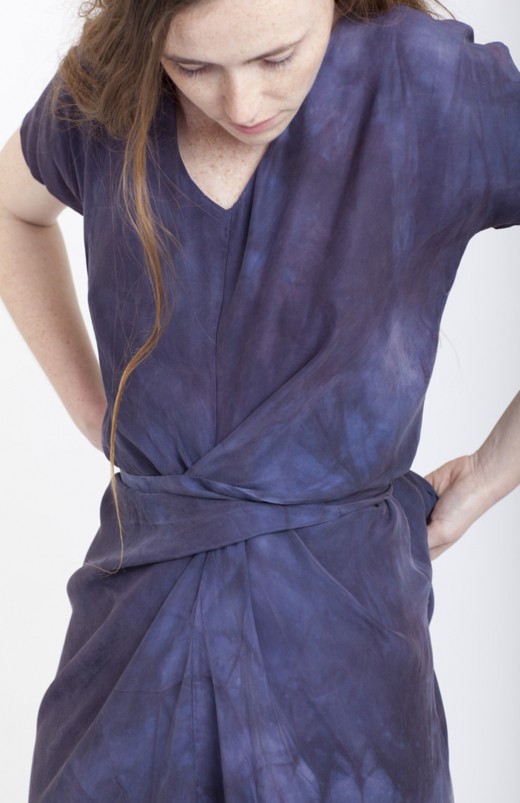