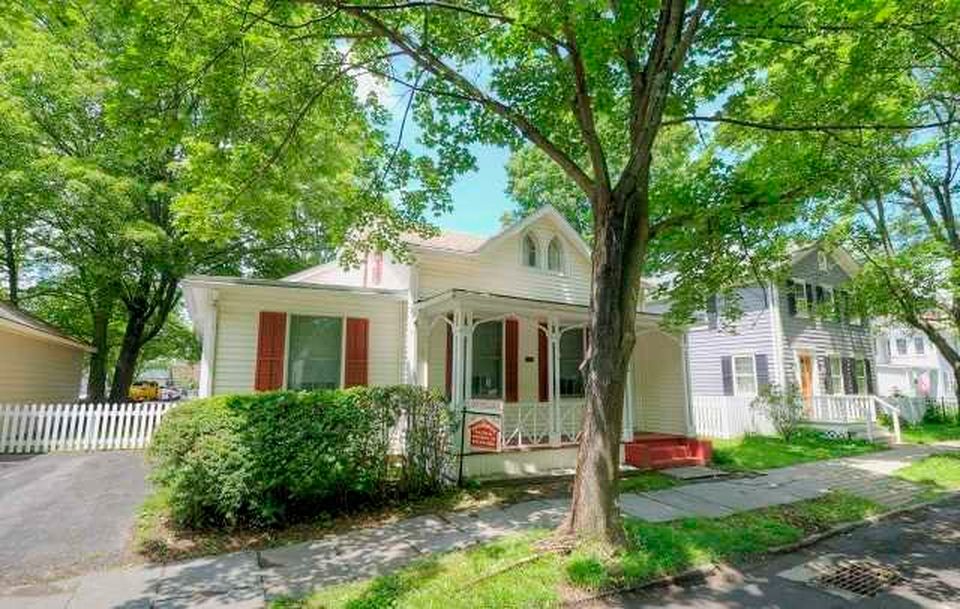 This is the conversation that seems to occur like clockwork when someone new asks how I—a native, suburban New York gal who went to college and grad school in New York City, but raised my two daughters in the Midwest—ended up in the Hudson River Valley, farm country, two hours north.

How did I? Well, there was a slight detour, I always reply. After moving to the Midwest nine years after getting married, I, the proverbial New Yorker who viewed the city’s overblown importance in a similar way to artist Saul Steinberg in his famous New Yorker cartoon, came to love living in the Heartland. Its slower pace, more authentic, less pretentious folks, and busier social life for us at least appealed. I worked on my journalism career; was a loving, loyal wife; and raised two daughters. Then, almost out of the blue after 31 years of what I thought was wedded bliss, I was dumped. With one daughter in college and the other headed East to another university the next year, I debated whether to stay or go. My aging mom, a widow, urged me to return and soon my girls were echoing her plea. I had good friends there for sure, but family glue is far stronger.

After three-plus decades away, the big question loomed: where should I land? New York City, where my mom had moved after my dad died, was so expensive and now seemed overwhelming, even claustrophobic. I also worked from home and couldn’t imagine how I would make good friends as I took breaks for a walk or gym workout. Yet, I decided to give it a whirl by staying at my mother’s periodically and trying life there before pulling up stakes permanently. Yet, I feared there I would not really find a sense of community.

My hunch proved correct. Though filled with people, many activities and cultural events to choose from, museums to wander through, and supermarkets to test, a big city can be a terribly lonely place for someone on her own in her 60s. Few at my stage are eager to welcome someone new into their lives. I wasn’t religious so joining a temple didn’t appeal. The gym I tried was great for working out, but people went about their workouts vigorously and seemed to have no time to schmooze between ab stretching and jumping rope. And while the storekeepers in my mother’s hood were friendly and eager to banter about their personal lives as I purchased meat, bread, cheeses, and fish, we didn’t become social friends. While I tried internet dating, all those first dates over coffee, wine, and sometimes even dinner did not lead to any lasting connections.

Friends in upstate New York, who had retired and built a house on a beautiful lake, urged me to consider their bucolic locale. I did in different seasons but it failed to meet my test of having a great independent bookstore (though it now has one), a gourmet-style supermarket, and an easy commute for family to visit often. It did have the nice public library I sought and a sense of community. I moved on in my quest, but decided I liked the idea of a small farm setting, picturing myself as Diane Keaton in the movie Baby Boom. I fantasized that perhaps I’d meet my version of Sam Shepard, the town veterinarian in the film.

A cousin in real estate heard about my search and suggested the small village of Rhinebeck, founded in 1686 near the Hudson River, with a population of about 2,600 residents, which swells in summer and at various times during the year due to nearby college graduations, a sheep and wool festival, and other orchestrated events. (The town has about 7,500.) We went to see some houses in the village, which would allow me to walk to “downtown” to get a coffee; mail articles and letters from the historic post office; take Pilates and watercolor painting classes; enjoy the library (the oldest in the state); see flicks at the charming independent movie theater; shop at chic stores for bread, clothing, kitchen gear, and more; and eat at a score of restaurants, many owned or staffed by CIA grads. I also loved the grid of streets and its one main stoplight; farmers’ market; nearby farms selling fresh cheeses, meats, and milk; and the mix of housing—a two-family rental next to a grand Victorian; and the socioeconomic mix of residents who didn’t ask, as most did in my former Saint Louis, “Where did you go to high school?” Here, it was more about what you are doing now!

Another fringe benefit of living right in the village rather than in the country was that I would feel safer as a single female in her 60s. We searched for the right house, which was tough to find since I wanted one not too large but big enough to accommodate my family on holidays and weekends, with a small yard for a garden, and with a living room large enough for my most important possession, a baby grand piano my parents gave one another in 1957 for their 15th anniversary, and which I had inherited. Eventually, we succeeded, which made me part of one of the largest cohorts of buyers—single women.

When I told my Midwestern friends what I had done, many were shocked. The two biggest FAQs: “Where are you going?” and “Are you kidding?” However, after I moved into my 1797 home, Chelsea Clinton’s wedding in my town the very next weekend made news worldwide, and many asked, “How did you know to go there?” I didn’t, I explained, giving full credit to my cousin.

My family loved my home’s quirky wide slanting wood floorboards, front and back stairways, Victorian facade with front porch added in 1865 after the Civil War, when a prominent landscape gardener bought it. I had no idea what I was undertaking as I found I needed to add central air conditioning upstairs after that hot first summer, more insulation in the attic and basement during the first cold winter, and more storage since the house lacked adequate closets. Yes, this became the familiar money pit.

Seven years later, I still adore my home, though old houses, I now know, cost too much, but I love my village more. I recently attended a village meeting where the two main topics under discussion were how to manage the increase in number of vacation rental properties and whether a new local Waldorf school should be allowed to have more animals on its property since they are important to the children’s life-cycle lessons. (The  village rules have historically dictated a set number of animals.) And a few weeks later the mayoral election proved residents really care about such goings-on. A larger turnout voted for a new mayor.

I don’t know if I will remain here forever, since I live too far from my daughters and grandchild for the frequency of visits I now crave. But I do know this: a change in scenery can be good when you’ve faced a traumatic personal loss, and you can make a new life even when you’re older and single if you’re willing to be open to meet new folks and embrace new possibilities rather than be fixated on what you’ve lost. 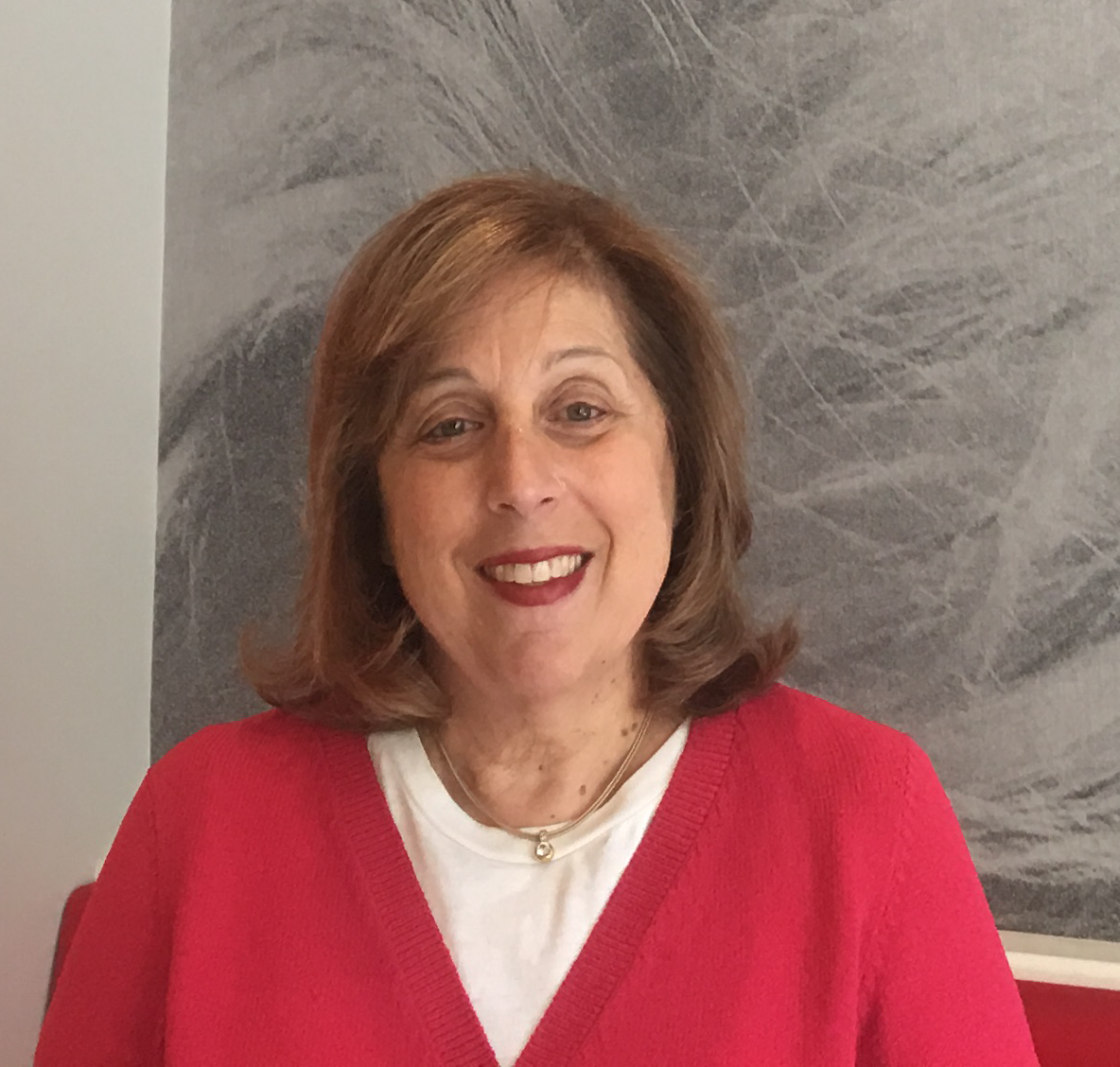 Barbara Ballinger is co-author with Margaret Crane of Suddenly Single after 50: The Girlfriends Guide to Navigating Loss, Restoring Hope, and Rebuilding your Life (Rowman & Littlefield) and the weekly blog, LifeLessonsat50plus.com. She now blogs regularly for Upstater.com.