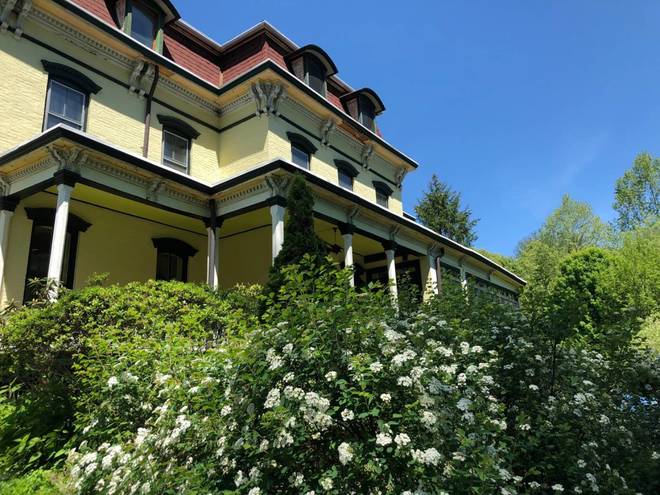 It’s a new week, and that means a new batch of phenomenal houses for sale! This time around on Upstater, we’ll be exploring the Victorian homes available on-the-market in the Hudson Valley and Catskills, starting with this Kingston Victorian…

This is the type of listing that makes you want to contact your friends and see if they want to go in on a house together. Hey, why not? There’s plenty of room with six bedrooms and over 6,500 square feet. And, with a listing price of $750K, splitting it between six people wouldn’t be so bad…1,000 square feet per person?

Okay, maybe you don’t want to buy a house with five of your best friends. Maybe, you just want a spacious, well-maintained c.1900 Second Empire Victorian on 4.3 acres for you and your family, and there’s certainly nothing wrong with that.

Since we’re digging into Victorians this week, allow us a brief history lesson on the Victorian style: Named after Queen Victoria, the term “Victorian” refers to a architectural style popular in the mid-to-late 19th century, and it  encompasses a number of revival styles, like Gothic, Queen Anne, Second Empire, Romanesque, and the ever-popular Italianate.

Some traits you mind find in a Victorian, depending on the Victorian, include: Mansard/gambrel roof (Second Empire-style, like you see in the house depicted above), front porch as part of the facade (American Queen Anne, Second Empire, and other Victorian styles), sometimes ornate exterior details, crown moldings, pocket doors, pointed arches (Gothic Revival), Grecian columns (Greek Revival), towers, turrets, or an asymmetrical look.

We could go on about Victorian architectural attributes, but we’re itching to look at this Kingston Second Empire Victorian.  Let’s go inside through the glass-enclosed front porch… 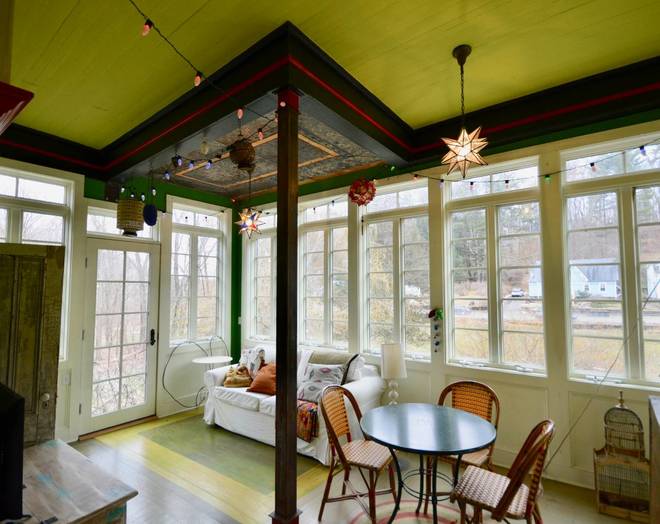 …and through the massive dining room with 12-foot, pressed-tin ceilings and fireplace. 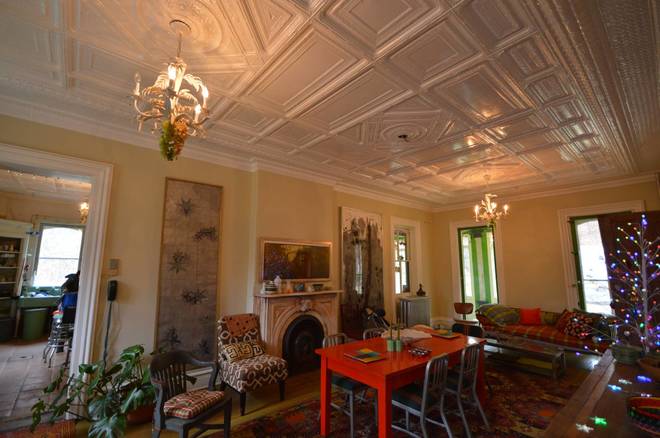 The living room includes built-ins, floor-to-ceiling windows, and another fireplace. Meanwhile, over in the chef’s kitchen, you’ll have a commercial range and hood, dual porcelain enamel sinks, glass-fronted cabinetry, and storage pantry. 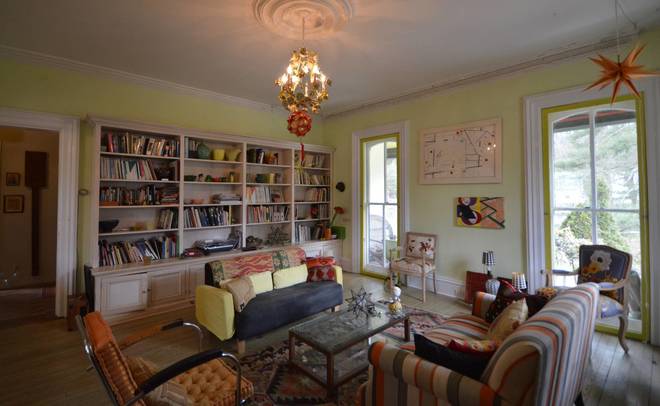 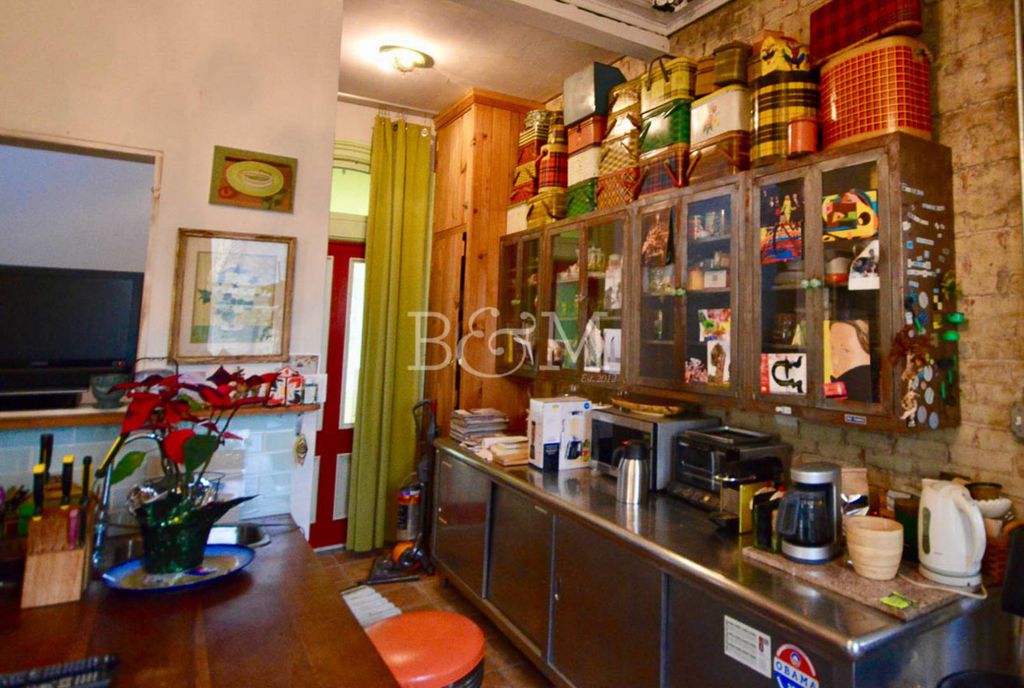 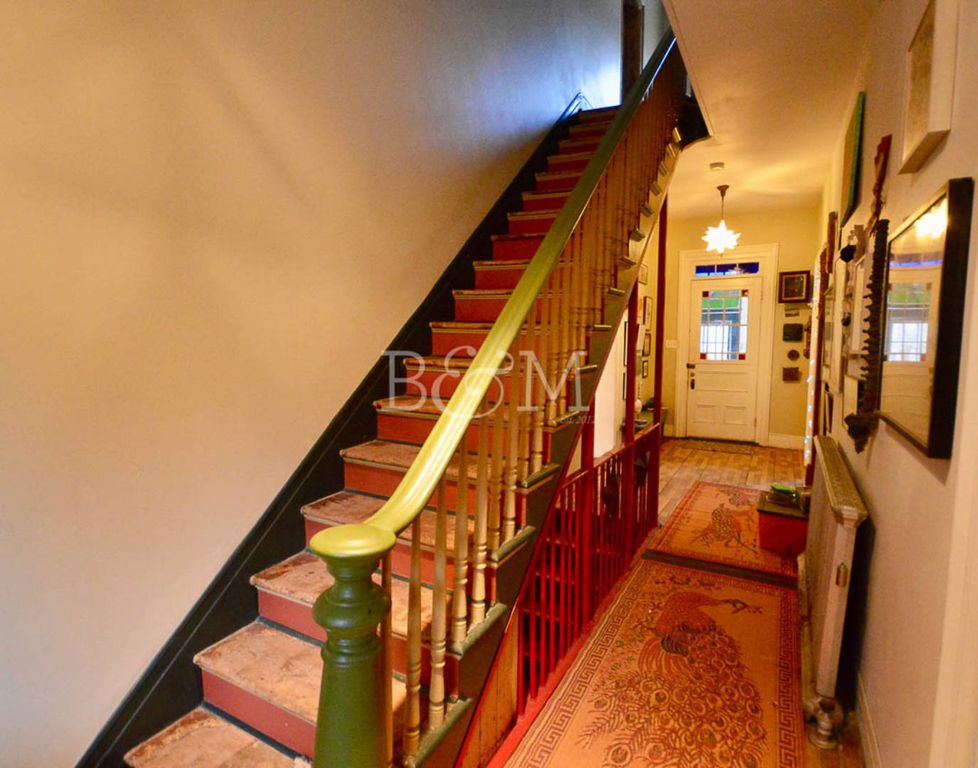 One of the six bedrooms is a master en suite with spa-like stone and marble shower, as well as claw-foot tub. Have fun fighting over which of you and your five friends get this room! Maybe that whole “group house” plan needs some fine-tuning… 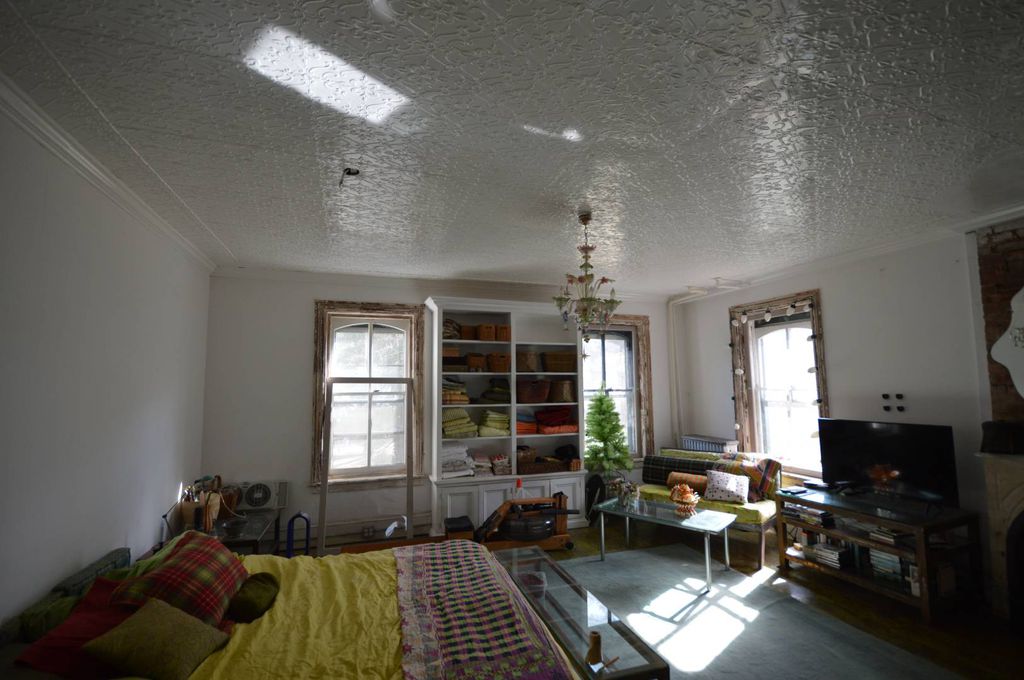 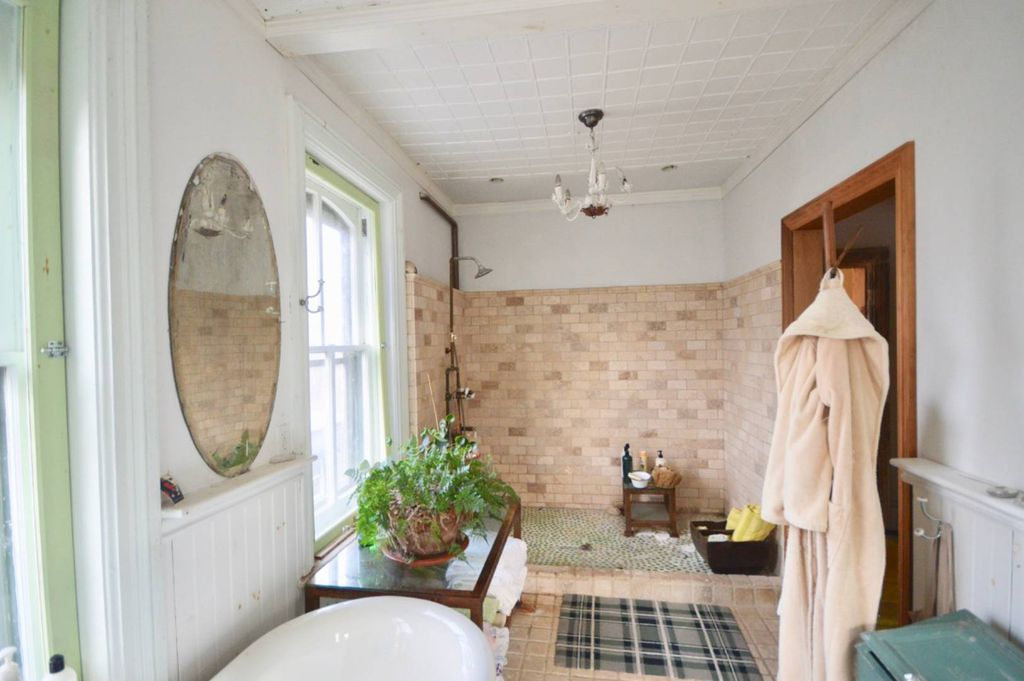 Looking to live-work? The attic includes two artists’ studios, and there’s a first-floor office with its own full bath. Productivity ensues! 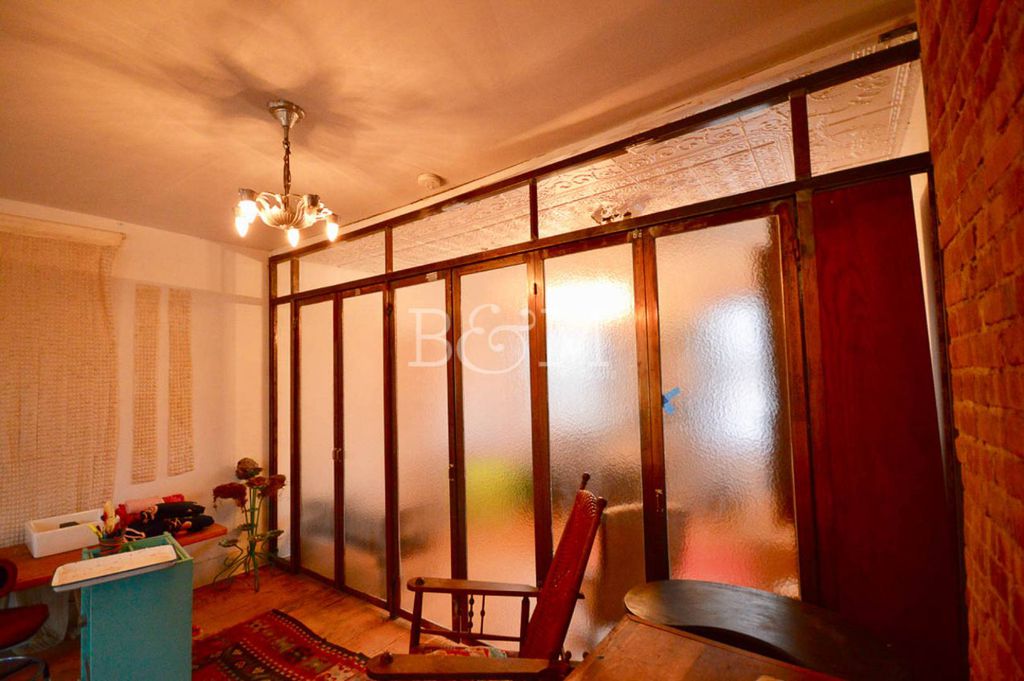 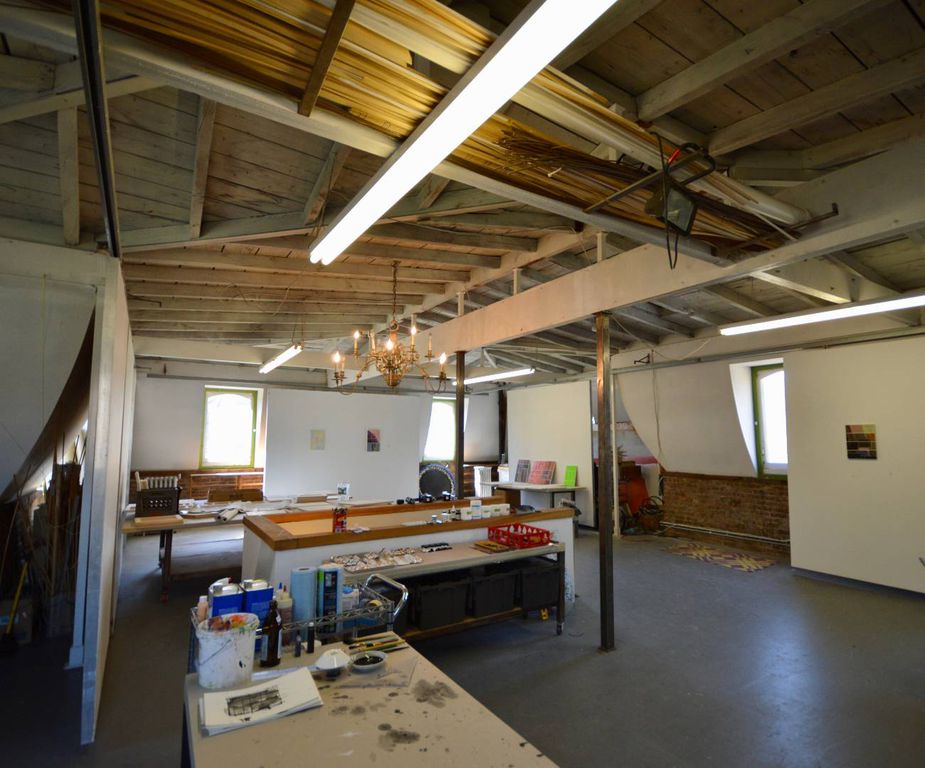 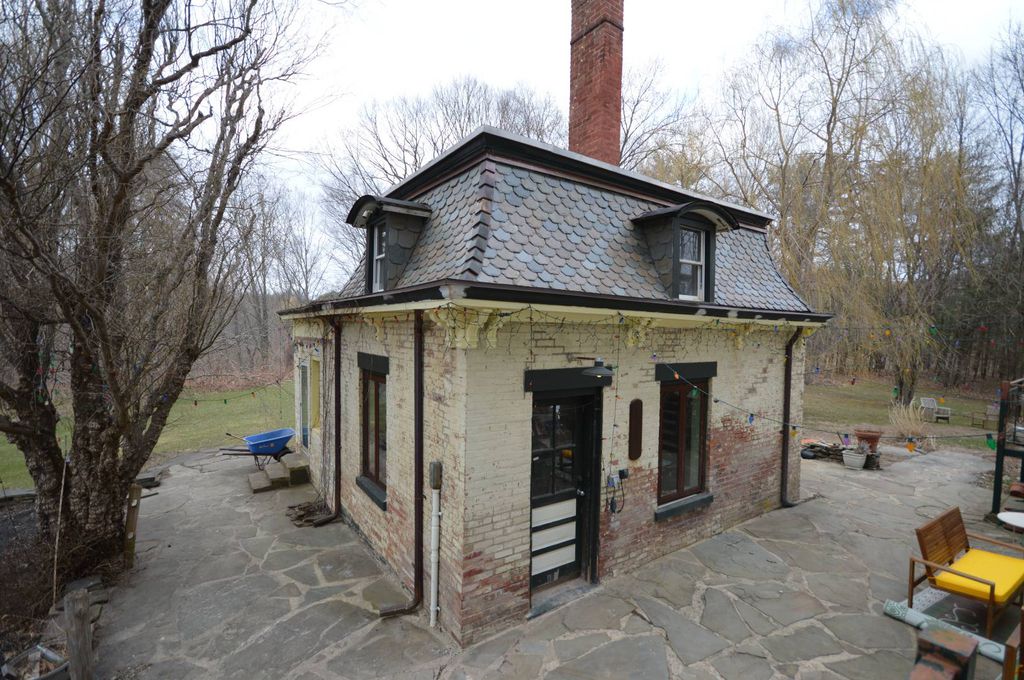 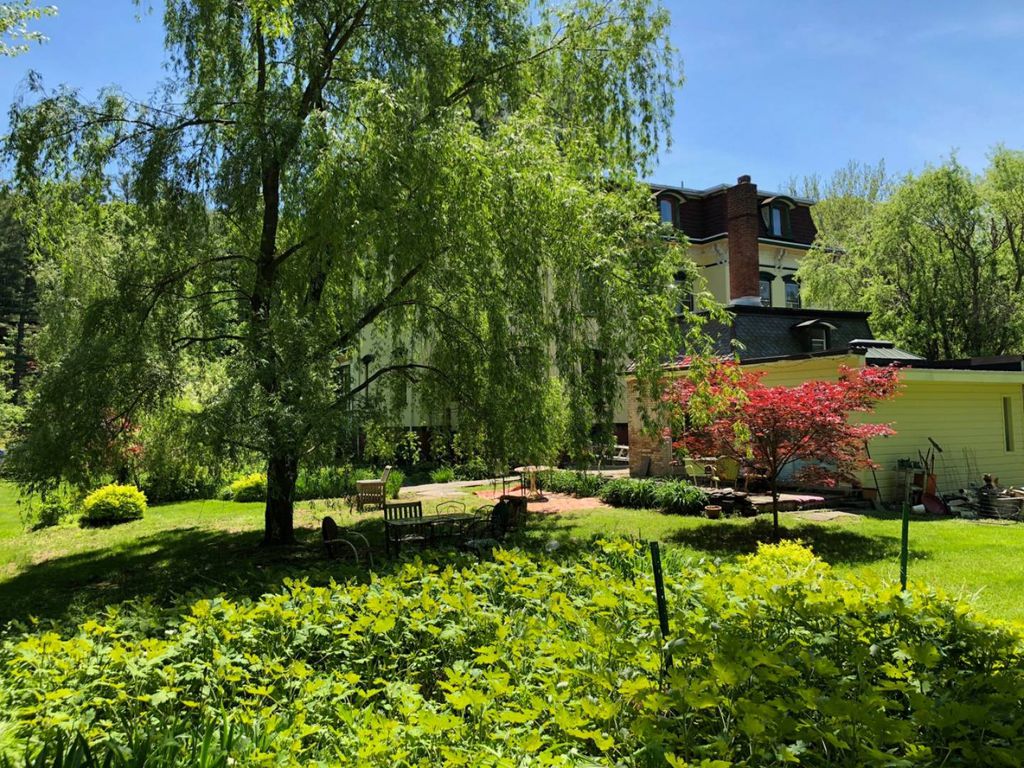 The 4.3-acre property is bordered by two babbling brooks, and the Rondout Creek is down the street about half-a-mile parallel with Abeel Street. Enjoy a gorgeous riverside bike ride two miles east to Kingston’s Strand neighborhood, where you can grab a bite, sip a beverage, listen to some music, or watch the boats drift by on the creek. 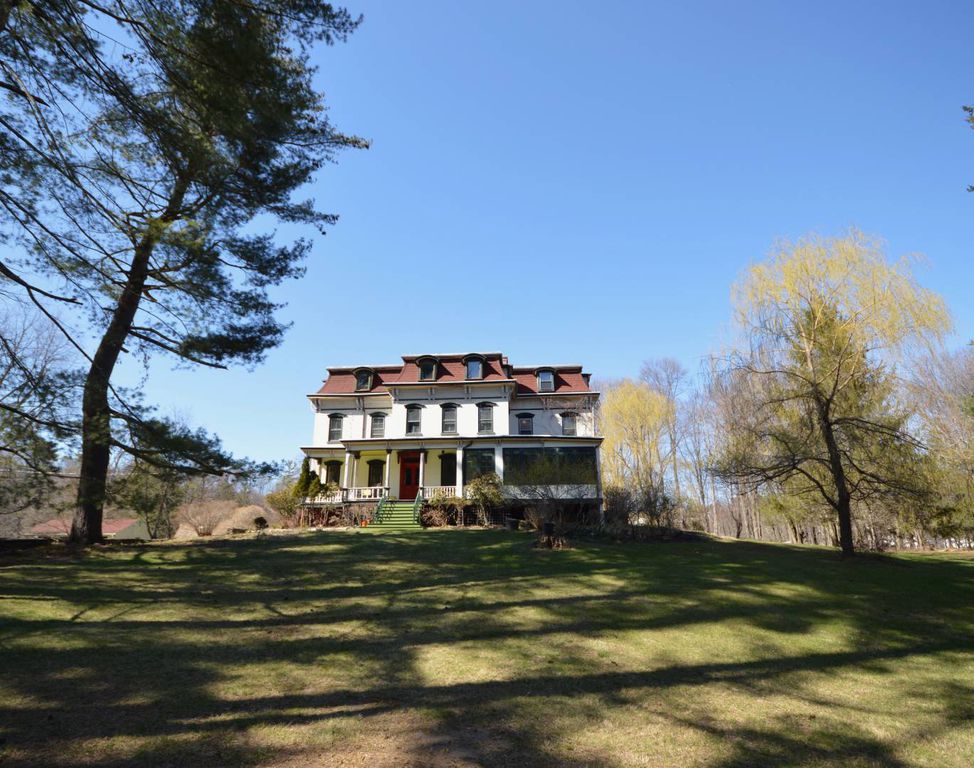 Is this Kingston Victorian the mansion of your dreams? Find out more about 67 Chapel Street, Kingston from NYS MLS. Stay tuned all this week for more Victorians on Upstater.com!