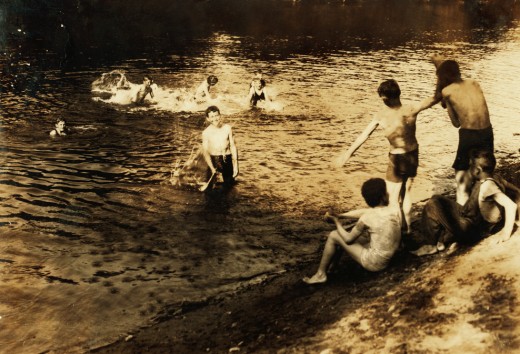 Summer is my secret season. When we were kids, we killed time in ways that made sweet eternities out of the easy afternoons. My sisters, brother and I would ride our bikes to the Pemigewasset River in New Hampshire, sprawl out on the rocks and lose track of the world. I’d look up through my crossed arms, through the filter of a sideways squint — an impressionistic vision that still won’t fade. I was with the people I loved the most and time stood still.

Now, summer still begs for laziness with its thick, hazy afternoons. It smells of burning charcoal, fresh-cut grass and mountain laurel along the trails at Minnewaska.

Getting away is about reconnecting with ourselves, forgetting the rest of the world. It’s about getting lost.

While nature explodes with green and the possibilities of wild adventure, sometimes I just like to flop onto a field. (I believe wine is sold in bottles and cheese comes in wheels precisely so they will roll with ease through lush pastures and into my mouth.)

Getting away is about reconnecting with ourselves, forgetting the rest of the world. It’s about getting lost.

And what I’ve found is that Upstate New York in summer is one of the most subtly epic places to fling oneself — or to flop. It’s the getaway beyond getaways, so much so that I chose to getaway forever and live here. As technology continues to enable us, we can now start being where we want to be instead of where we have to be.

Still, when an idea is heralded as supreme, spaces tend to shrink. If you head up to Overlook this summer for a brush with the solitude of nature, you’ll doubtlessly encounter herds of other hikers who are looking for the same solitude.

Where do you go to get away from the goers and the goners? In this struggle to have a small peace of mind, where is the one simple slice?

Here are some spaces I’ve discovered in my struggle to disappear. 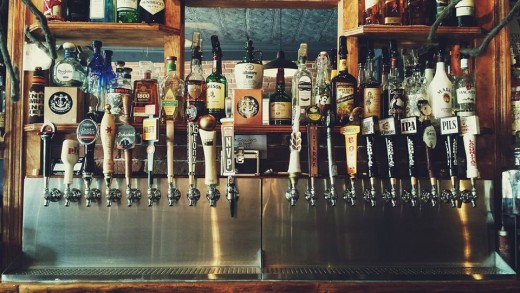 The Anchor. It’s a great bar, simple as that. But it’s also never bursting at the seams. It’s clean and unpretentious. It’s the place to reconnect with your inner and outer weirdo. And to eat some buffalo wings, if that’s what you’re into. There is a rough edge, but it’s only a veneer over a heart of gold. Let’s now please just listen to words of The Damned and have some chilled tequila. “Just for you, here’s a love song.” 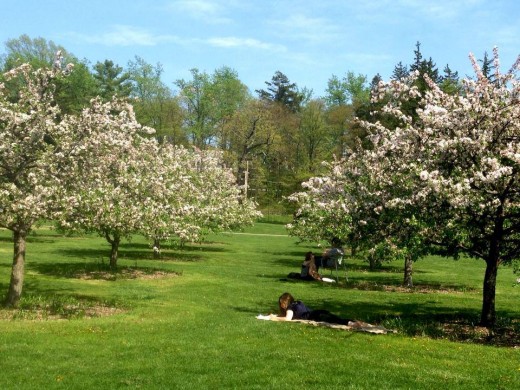 Bard Campus. In the summertime, there’s so much to take in here without the bustling presence of a full-on student body. Blithewood, The Ghery building, the massive moving sculpture behind the Manor dorms. Activity on campus may not exactly be authorized. We owe ourselves a few small summertime crimes in this short lifetime. 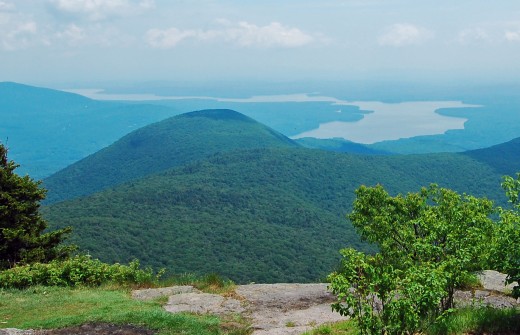 Ashokan Peak. It’s a long, woodsy journey, steep like the Overlook hike, with more of a footpath than a carriage road. I’ve seen bears in the forest and loads of blueberries as you get higher in elevation. There aren’t any real views until you get to the top, but then it all opens up into one of the most expansive vistas around. You can see Kingston, the reservoir, the Shawangunk Ridge — you can see it all. 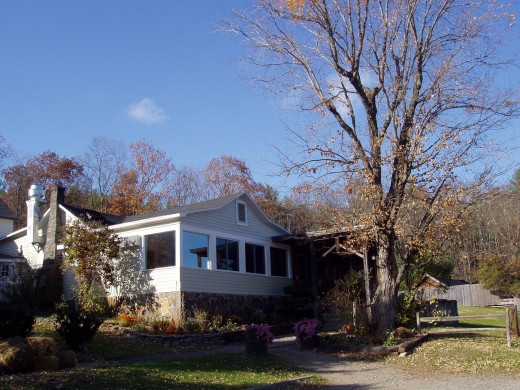 The Country Inn. There’s a point as you wind your way up County Route 2 to Krumville at which, inevitably, doubt stirs. Did you miss it? Did you make a wrong turn? Who puts a restaurant in the middle of nowhere? Which means you’ve almost arrived. 500+ bottled beers from around the world, locavore-ish menu, a conveniently placed ATM (because they don’t take cards), a beaver lake and seasonal fire pit. Full-on summertime bliss. 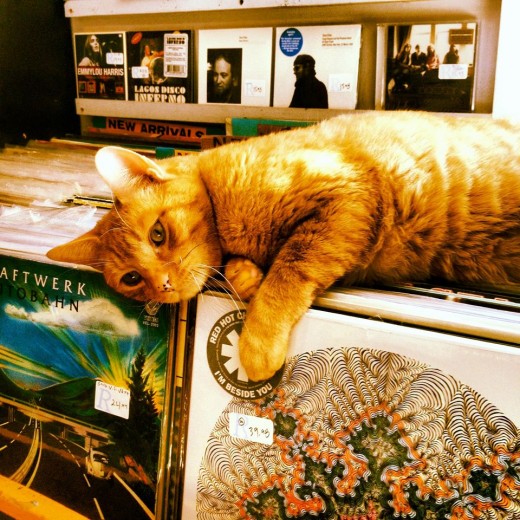 Rhino Records. I could spend a lifetime flipping through stacks of albums in this sweetly sized shoppe. Every flip makes a slight whoosh of man-made album breeze. The tactile side in the resurgence of vinyl is my favorite part of the big picture. Plus, they have an amazingly curated selection of fiction. 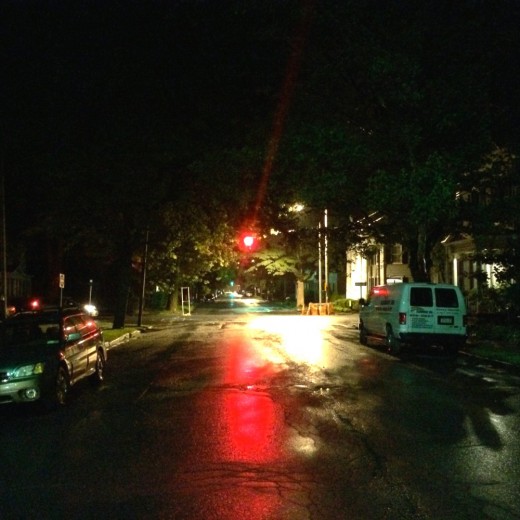 Weeknights. Sunday through Thursday, the world is almost always asleep up here. Quiet cars and the clicks of traffic lights are some of the only sounds. If you walk through any of these upstate villages late at night, it feels like everyone might have evaporated. You can finally be the main actor in the film noir version of your life.

Kingston, NY, is the celestial sphere for me. From here, I can spin out in any direction and grab onto something that brings me a little peace. It took a while, but my scattered thoughts have finally begun to catch up with the speed of the universe outside my door.