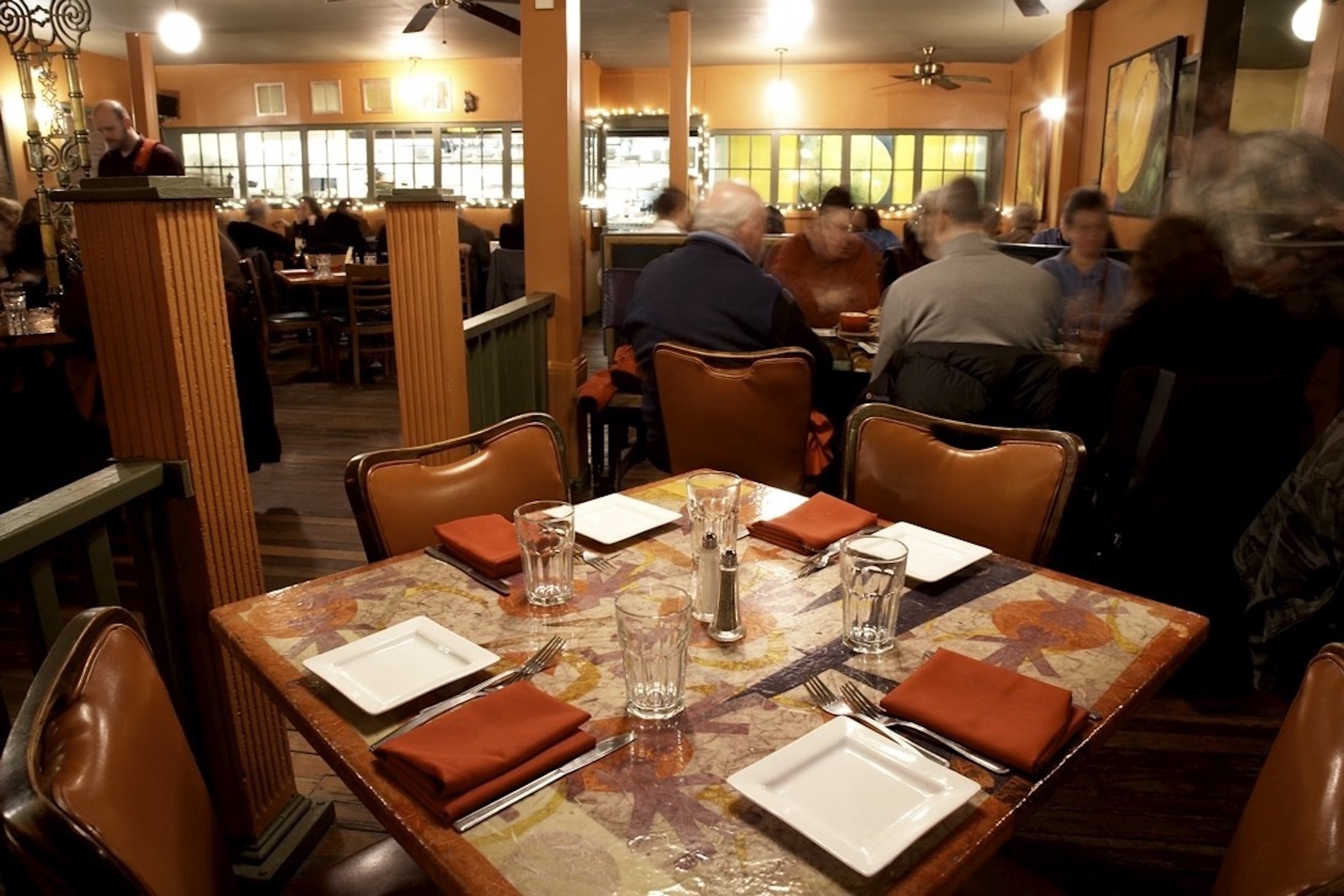 For the past 25 years, New World Home Cooking has been serving up fine food and cocktails in Saugerties to locals and visitors alike. Now, the restaurant is accepting reservations for its closing day on April 7th…

NWHC has, in fact, been my local watering hole and eatery for as long as I’ve lived here. I’ve spent numerous birthdays, wedding showers, date nights, friend meet-ups at Happy Hour, and Halloween parties at NWHC. And, I’ve eaten more than my fair share of the restaurant’s famous blackened green beans over the years, even going as far as buying some of chef/owner Ric Orlando’s Cage seasoning and making them myself at home dozens of times. And, like so many who’ve walked through NWHC’s doors through the years, I became pals with Orlando and Liz Corrado and always looked forward to chatting with them while at sat at the New World bar.

Needless to say, NWHC’s closing strikes a chord with me and likely many others who’ve lived in or visited the Catskills over the years. If you’re among those, you can make your reservation for NWHC’s “Last Supper” by April 7th.

According to multiple local news outlets like Kingston’s Daily Freeman, Orlando will still be serving as chef/consultant at New World Bistro Bar in Albany, and he plans to branch out his brand to include a memoir entitled, appropriately, “One Million Green Beans,” as well as a podcast with the same name. “All good things must come to an end,” Orlando was quoted as saying both in NWHC’s website and the press release he and co-owner Liz Corrado sent out on Monday.

If you want to make your reservation for NWHC’s “Last Supper” on Saturday, April 7th, call 845-246-0900. Find out what the owners have to say about the closing at newworldhomecooking.org.