The outdoor arts scene in Newburgh this summer has been taking off with art installations from local talented artists as well an internationally known. The above scene is located at 102-104 Washington Street that was recently spruced up by the Newburgh Clean Up Mob. Artists(from left): Gerardo Castro, Wyatt Stevens, Will Teran, John Stoltz/Will Teran, Will Teran, Jeff Wallace, Rachel Weidkam(2x) 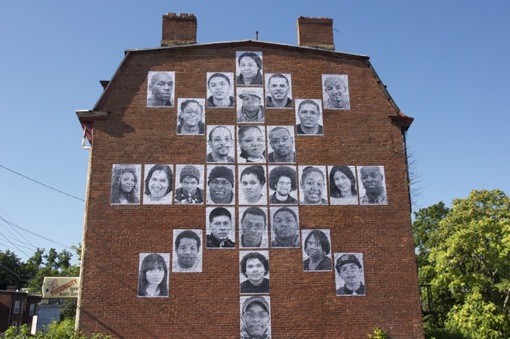 This art was installed just this past weekend. This work comes from the Inside Out Art Group Project, a global project of people standing up for their communities. You can see this installment at the brick building at the corner of Broadway and Johnston in Newburgh. 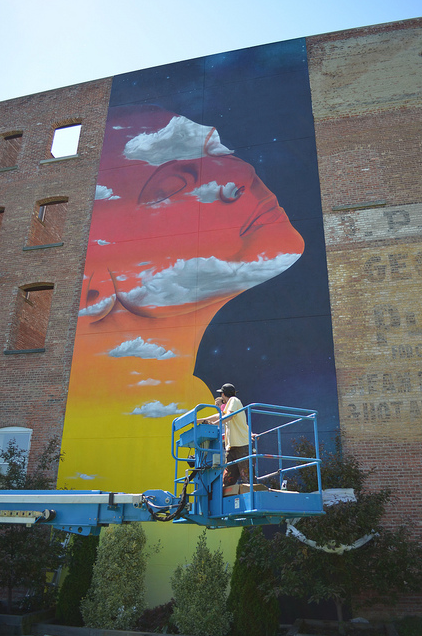 Then there are the murals that are popping up all over the historic district from the Newburgh Mural Project. The artist is internationally renown graffiti artist Dasic Fernandez, and he will be doing a total of 5 different murals. This one is titled Transcendence. It can be seen on the wall of the Ritz Theater at the corner of Broadway and Liberty Street. 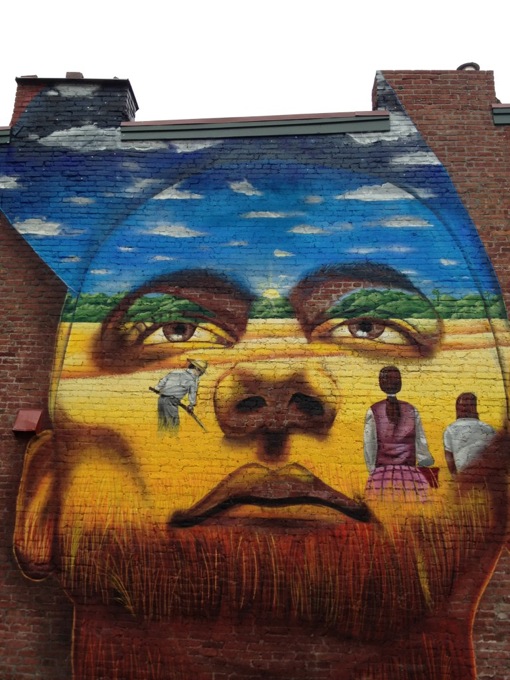 Mural number 2 is titled Roots, and can be seen at 33 Chambers Street. Photo via Newburgh Mural Twitter 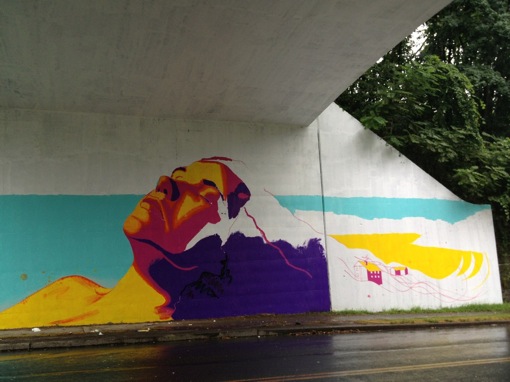 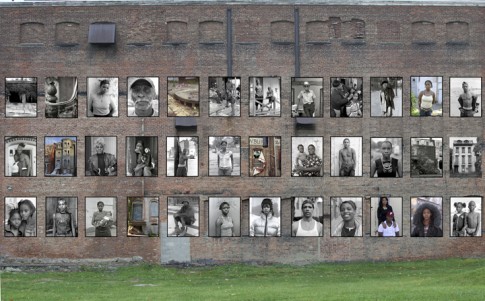 Another outdoor mural to look out for is the one above. It is scheduled to be installed on the outside of the Ritz Theater in September. They are portraits done by renown photographer Dmitri Kasterine. And they should be up through November 2012.

There is a lot more going on in the Newburgh Arts Scene.