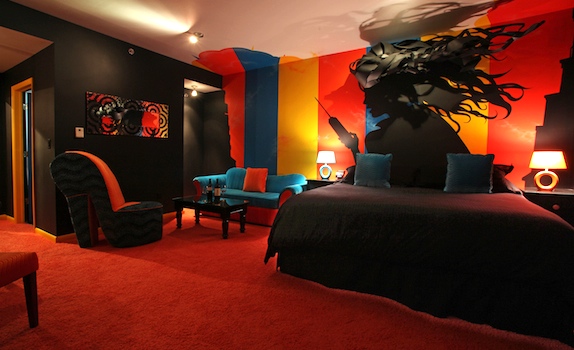 Sometimes, it doesn’t matter where you lay your weary head at night. However, if you’re up in the Catskill Mountains, why settle for ordinary when you can embrace the dramatic at a place like the Roxbury Motel? The vivacious inn located in the quaint Delaware County village of Roxbury offers a variety of themed accommodations, which is why the inn found itself on a recent Forbes.com list of ‘7 Theatrical Hotels to Book Now.’

It’s no wonder the Roxbury Motel is such a theatrical experience. According to the list, the proprietors worked on Broadway dressing actors and performing on stage before establishing the Roxbury (by the way, did you know they’re opening a new location called the Roxbury at Stratton Falls?). With rooms like the Shagadelic Suite, Fred’s Lair, Miss Kitty’s Saloon, the Archaeologist’s Digs, and the Wizard’s Emeralds (referring to the Wizard of Oz, of course), the Roxbury has something for anyone no matter their your pop culture preferences.

The Roxbury is in good company. Also on Forbes’ list: Kingsbrae Arms in New Brunswick, Canada; Dar Ahlam in Morocco; and Esencia in the Riviera Maya, Mexico. 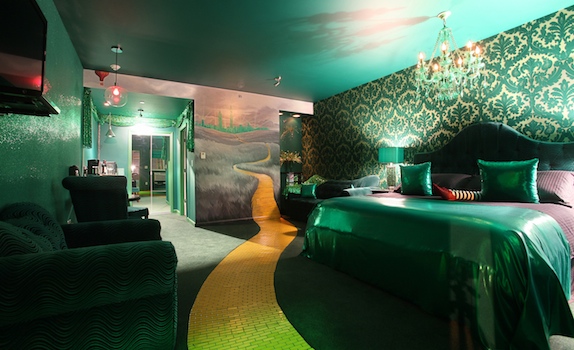 The Wizard’s Emeralds via theroxburymotel.com