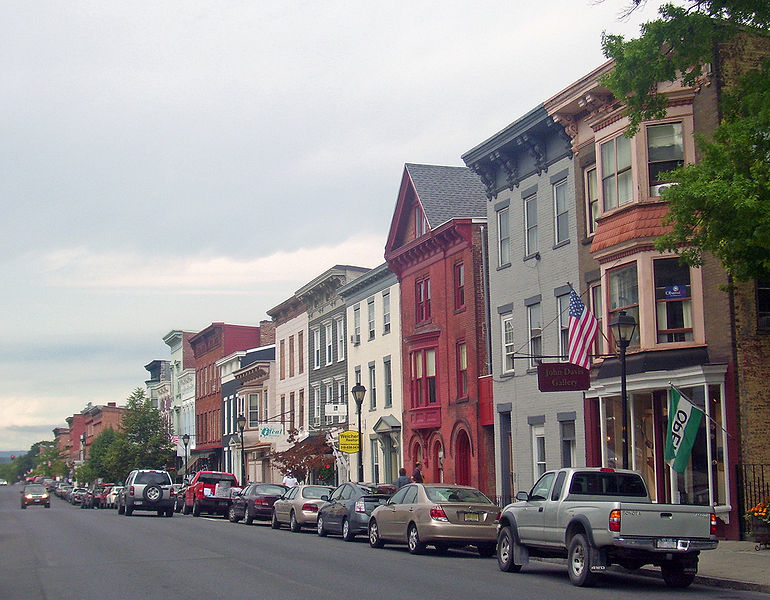 Hudson, located along the mighty Hudson River itself, in Columbia County, has a rich and colorful history. Formerly a whaling town frequented by Rhode Island merchants, Hudson became a hotbed for gambling and prostitution and infamous for its thriving “red light district” in the 19th and 20th centuries. This changed in the 1950s under New York State governor Thomas Dewey, when gambling operations and houses of ill-repute were broken up and raided by the state troopers.

After falling into disrepair during the 60s and 70s, Hudson reawakened as haven for antiques dealers, then artists, transforming the down-trodden town into the artistic and cultural destination we see today. Which doesn’t mean it’s not full of the normal array of city problems — challenged schools, poverty, a strange schism between the absconded, arty New Yorkers and the poor folks who live literally a block away from the souped up downtown stretch of Warren Street. It’s as if a block of Williamsburg, Brooklyn was plopped down in the middle of an otherwise struggling town.

In his book Hudson: An Architectural Portrait, author Byrne Fone called the city of Hudson “one of the richest dictionaries of architectural history in New York state.” Hundreds of buildings in Hudson are listed on state and national registers of historic places, including the Hudson Opera House (1855) and the Hudson Area Association Library (1818), just to name a few.

In addition to amazing architecture and antique stores, Hudson is home to a gorgeous waterfront area and lots of great restaurants. One of our favorites is Earth Foods Cafe, located at 523 Warren Street. Earth Foods has an extensive breakfast and lunch menu with fresh, local ingredients. If you go for breakfast, make sure you try their Huevos Rancheros. They are the best we’ve had this far north. They also have an extensive juice bar menu. We recommend their carrot-apple-extra ginger juice, which will definitely light your fire in the morning.

Hudson has an Amtrak station, making it a good commuter town. Median home price is around $170,000 (according to 2009 data), which means it’s affordable, too. Well-maintained, beautiful and unique town houses abound in the city of Hudson (you’ll see just how drool-worthy they are when you explore our property posts this week), but there are also plenty of rural properties for sale in the area, if you’re interested in looking at places off the main drag. GMAP 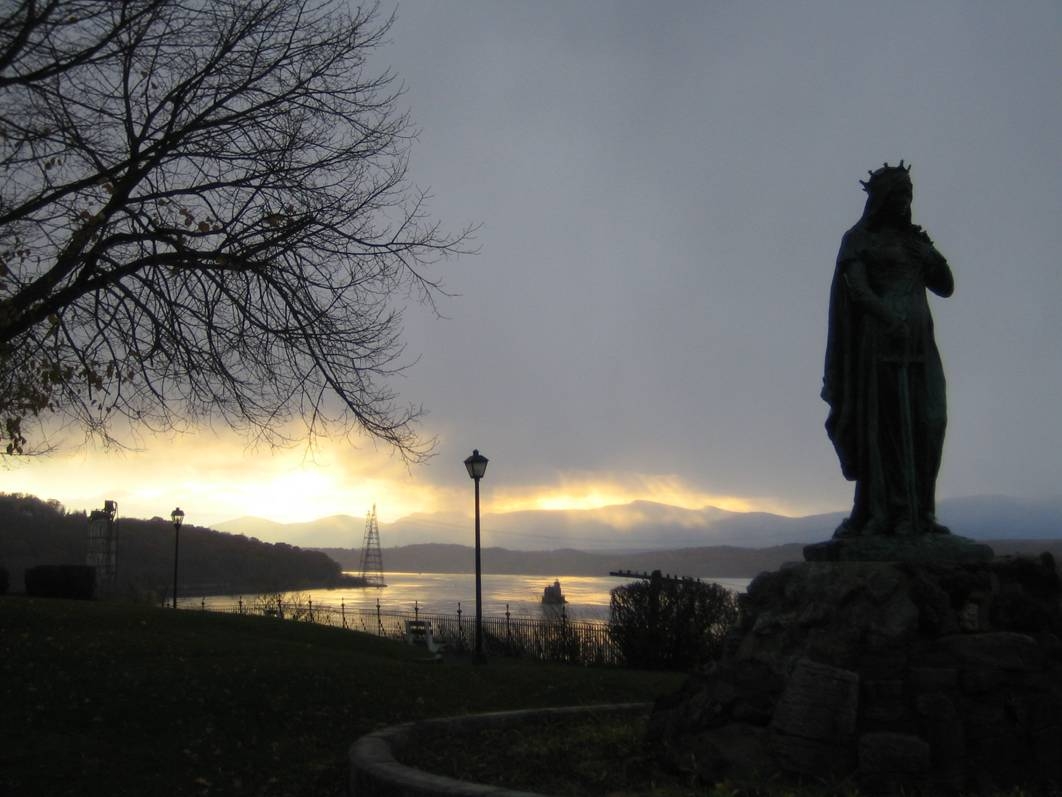 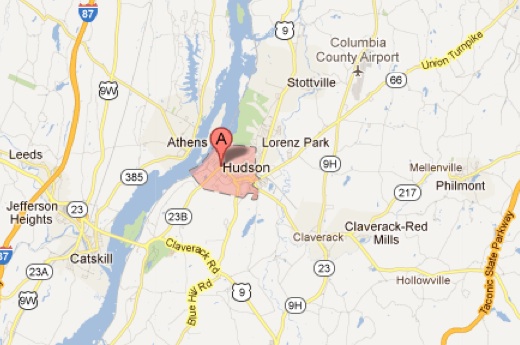