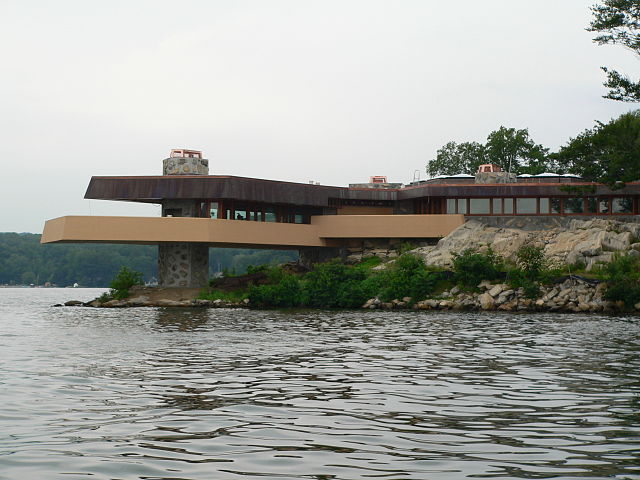 We were instantly intrigued by the Putnam County hamlet of Mahopac when we discovered that there are three islands in the lake: Canopus, Fairy, and Petre Island. Petre Island is a private island owned by Joseph Massaro, and on the island stands the Massaro House, a stunning example of Wrightian architecture cantilevered into the lake, seemingly defying the laws of physics by remaining upright thanks to a single stone cylinder planted firmly into the bank. In fact, the Massaro House was inspired by a design that Wright concocted for A.K. Chahoudri, an engineer who owned Petre Island in the 1950s. That house was never built, but the drawings were resurrected when Massaro bought the island, and the Massaro House was born. You can read more about its construction in this Guardian UK article from 2006.

more on the jump…

Aside from this interesting slice of upstate New York history, Mahopac, located in the town of Carmel in southcentral Putnam County, is an idyllic place, with most of its attractive (and most expensive) real estate along the lake, not surprisingly. Chronogram Magazine got into more specifics about the hamlet in the April issue.

The hamlet started out as Algonquin Indian territory, then became a popular encampment spot during the American Revolution before turning into a sought-after lake resort community served by the New York Central Railroad in the middle of the 20th century. Now, it boasts a healthy population of over 8,000 full time residents and is a quiet, family-oriented town that’s home to the Putnam Arts Council, the county’s focal point of culture, performance, and the arts. And, we have it on good authority that Mahopac has a lot of really good Italian restaurants (in our opinion, access to great Italian food is definitely a selling point). In addition to Lake Mahopac, the hamlet is close to Kirk Lake and Wixon Pond, making it a destination point for those looking for lakefront living in upstate New York. 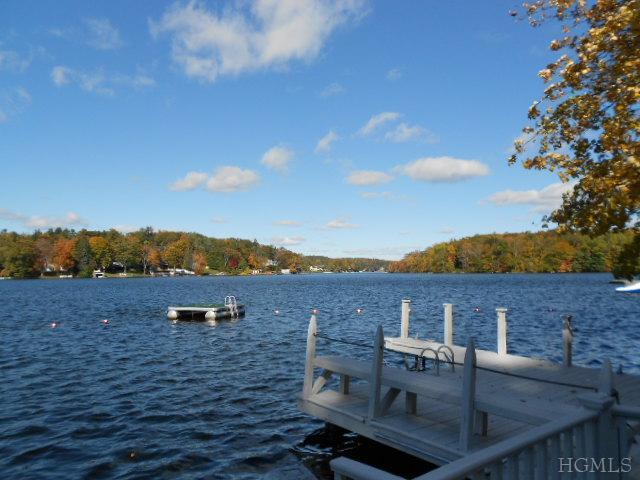 The view of Lake Mahopac from 740 South Lake Blvd, Mahopac, via listing

Admittedly, most of Mahopac’s real estate market consists of lake houses that are perhaps a tad on the pricier side, with more inexpensive options located further away from the lake. Most of our favorite properties were in the $500,000 neighborhood, but those lake views are worth their weight in gold. 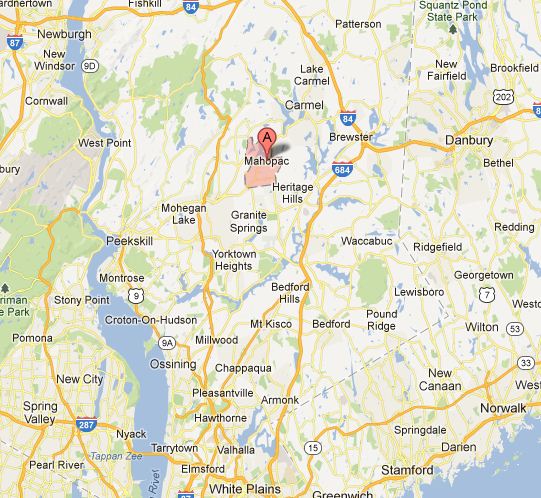