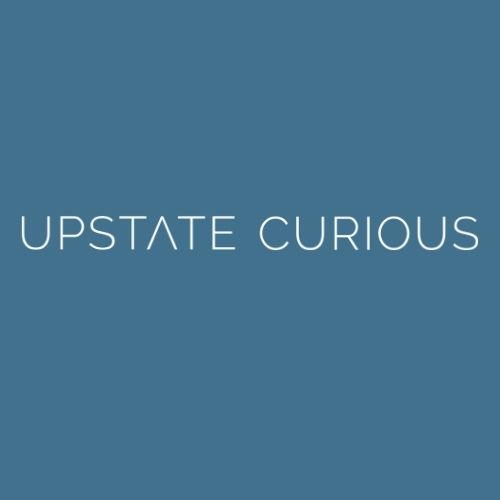 Whether you’re an upstate newbie, a seasoned resident, or a prospective relocator, the new app Upstate Curious has something for you. Real estate agent at KW Hudson Valley North Megan Brenn-White and her team created this innovative platform to give people a way to connect, ask questions, make connections, and get recommendations for everything from restaurants to entertainment in the area.

Brenn-White has turned her successful real estate business into a brand. Her Instagram account @upstatecurious (previously @upstate_realestate), where she posts photos of upstate listings and lifestyle, has just shy of 32,000 followers. She was inspired to launch the app after hearing fielding many questions and concerns from clients about upstate life. “People moving up here for the first time wanted to connect with others, make new friends, find jobs, and collaborate with businesses. And I just thought there should be a way to do that online,” Brenn-White says.

The app—a broader version of the “Nextdoor” app which allows you to connect with people from your immediate neighborhood—lets people engage in conversations with others all over upstate New York, finding community and camaraderie as well as practical advice. “Nextdoor only covered an itty-bitty neighborhood and it’s not how I actually live here. I will happily drive 45 minutes from me to a restaurant, or find a vendor farther away,” she says. “Part of it was that personally, I couldn’t find a place that made sense to have these kinds of conversations.”

Brenn-White saw a trend in the comments of her Instagram account. “People were posting comments that others were resonating with. And I can say that the account has never been solely about real-estate, but also about the community—what’s going on, ways to volunteer, and support local businesses,” she says. “That was the engine for the app and there’s a billion other ideas we have if we could get to that point, like building affordable housing.”

The pandemic has also played a significant role in setting the stage for Upstate Curious. Thousands of people have relocated upstate from the city in the past year, taking their jobs and their families. People are desperate for connection, to get out of the house and into nature. With remote work, many have newfound geographic freedom. But they also don’t have a support network. They don’t know who to call if the pipe bursts or where to send their toddlers for preschool. “The pandemic just accelerated a bunch of trends that were already happening in the real estate market,” Brenn-White says. “Some people were already trying to move up here, or were now able to work from home. So we’re hearing a lot of our clients who had weekend homes or friends that moved up here in March and decided to live here full time, which means it’s a totally different set of needs—including social needs and wanting to be part of the community.”

With 48 hours of its launch on March 2, the app had racked up over 1,000 users—blowing the team’s goals out of the water. After three weeks, the app had over 2,500, and the Upstate Curious team began breaking it down into groups—for parents, gardeners, LGBTQIA+, dog lovers, and more—and there are plans to create groups for singles, runners, cyclists, and hikers.

To give you an idea of participation, there are currently 53 people in the LGBTQIA+ group and 20 in the parent’s group. “It’s pretty amazing to think about if the parents group had 500 people in it, just how useful that would be to parents. It’s been a really beautiful thing to watch because I know how hard it is when you don’t know the answers to things or feel alone,” Brenn-White says.

The Upstate Curious team was prepared to do research and answer the user’s questions—but were happily surprised with an immediate dialogue between users answering each other. It has served a multitude of functions for users—not just for meeting people, but also for getting recommendations and referrals on hairdressers, landscapers, plumbers, preschools, and more. “There’s no right way to use the app,” Brenn-White says. “It’s actually weirdly becoming one of the best ways to find people who are offline. I would say 90% of the replies are just somebody’s name and phone number.”

Many business owners and contractors without a presence on social media are being shared on the app. “I talked to someone who said her husband’s a contractor and she downloaded the app. He’d already had three appointments with new clients because of it,” Brenn-White says.

She and her team are excited to see what the app will look like in the future, as it continues to rapidly grow and evolve. “We really feel like we’re creating it with the community, and that our job is to just to listen, see what people are doing, how they’re using it, and where they get confused,” Brenn-White says. “When I think about what this will look like a year from now when the app is actually bigger, it feels like it could be a real game changer for a lot of the businesses here too.”