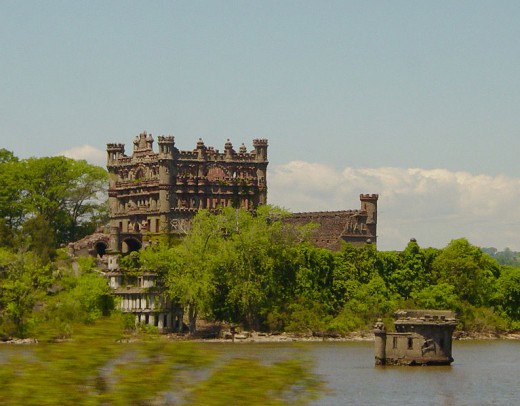 Pollepel Island is a familiar site to anyone who’s ever sat on the Hudson River side of a Metro North train. Bannerman Castle, which sits on the tiny island, looms above the treeline, appearing like the ruins of an ancient and long-gone kingdom.

But the truth is, Bannerman Castle isn’t really that old. Constructed between 1900 and 1918, the castle was the creation of Francis Bannerman VI, a Scotsman who purchased the island and built the castle to house the immense munitions surplus he had garnered from what remained after the American civil war and, later, the Spanish government.

The island actually houses two castles: The larger of the two served as an arsenal, and the smaller was Bannerman’s private residence. As the years wore on, disaster befell the structures and left them in disrepair, rendering the island unsafe for visitors. Now, the island, accessible by boat only, is in the hands of the NYS office of Parks and Recreation and is open for hard-hat tours, via the Hudson River Adventure’s tour boat Pride of the Hudson, or by guided kayak through Hudson Valley Outfitters.

Every third Sunday between May and October, Pollepel Island is open for self-guided tours, complete with live music and lunch for $42/ticket. Reservations are required. 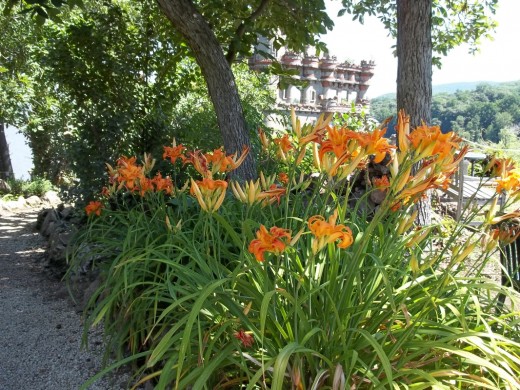 Thinking about going? You might not want to hesitate. In December 2009, roughly 30-40% of the castle’s front and east walls collapsed, and although stabilization work is ongoing, thanks to Bannerman Castle Trust, and hopes for its future are high, there’s a modicum of uncertainty.

The Bannerman Castle Trust has a great website full of amazing photos and historical information on the island, the castle, and Mr. Bannerman VI himself. Take a moment to educate yourself on what we consider one of the most intriguing architectural history in the Hudson Valley. It will give you a greater appreciation of the castle as it whizzes by your train window. 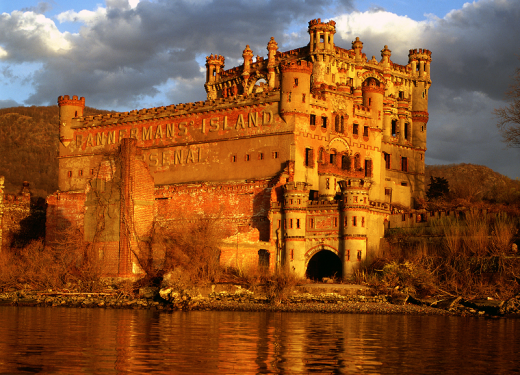 Bannerman Castle, before the 2009 collapse.