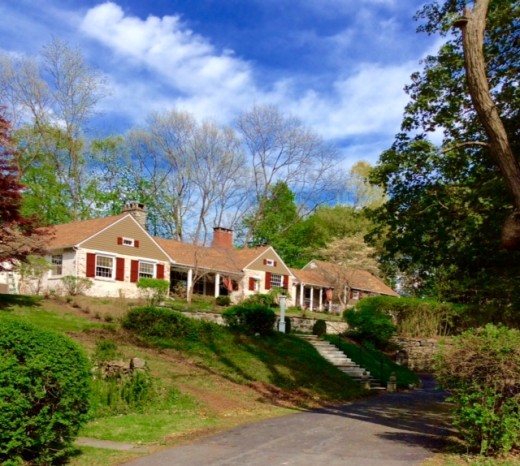 This week is affordable Mansions week here at Upstater. For our purposes we are looking at homes in which the square footage exceeds 2,000 square feet. The term “mansion” has certainly developed a new connotation in the 21st Century.  From Palm Beach to the Hamptons, mansions are appearing in ever greater numbers. As I have mentioned previously, in Manhattan a mansion is defined as any property costing over a million dollars. I’m sorry, but having been raised in large homes, I fail to see how any property with less than a thousand square feet could be considered anything but restrictive. Where are the closets? Where are the storage areas? Where are the gracious spaces?

Enter Victoria St. John Gilligan.  Oftentimes, when you purchase an older home you purchase the home’s history. Occasionally, with a beloved home the former owners have a tie to the property. One of the greatest gifts we received from the purchase of our previous home was Vickie St. John. The short story of our friendship is that Vickie’s parents, Howard and Phyllis St. John, had lived in our former Greek Revival prior to our ownership. Gary and I often joke that we purchased the house and Vickie came with it. 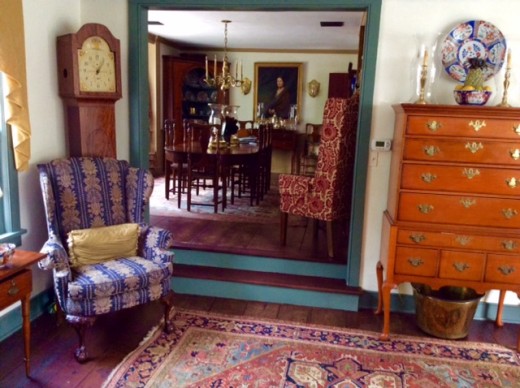 Vickie is actually quite a phenomenon in Ulster County. She’s a business-woman, philanthropist and one woman remodeling machine. If there’s a real estate guru in the Hudson Valley, Vicki is it. In the 1980s, Vickie’s newly constructed home in West Hurley was featured in Colonial Homes Magazine. Her second home – the 1725 Kiersted House, located in the heart of Kingston’s Stockade District – is noted as Kingston’s oldest wooden structure. Staying true to form, the Kiersted House was featured in Early Home Magazine shortly after she had it meticulously restorated. Her third 18th Century home in High Falls, New York was similarly featured in Old House Magazine. I think the trend is rather apparent: Vickie buys a shell of a house, restores it, includes meticulous attention to the home’s every detail, and then it ends up on the cover of a national magazine. 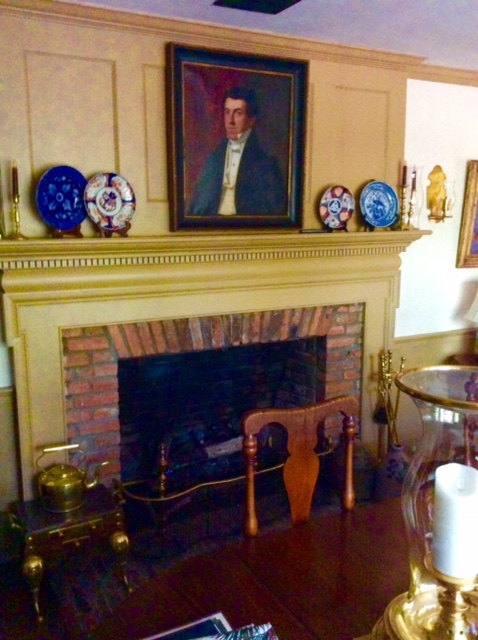 Always looking for a new challenge, Vickie turned her attention to a 1946 mid-century modern home in the mid 2000’s. Mid-century modern sounds like the total antithesis of the types of homes Vicki has owned in the past. But, this one in particular has a unique caveat. The interior of the home is constructed out of the finest 18th Century architectural detailing salvaged from a demolition in 1946. Yes, wide plank floors, exposed hand-hewn beams, raised paneling, and hand-carved mantels are featured throughout each room. In contrast to 18th Century stone houses, this home is filled with light, windows, and a floor plan which flows with ease. In his book ‘The Great American House: Tradition For The Way We Live Now,’ architect Gil Schafer – no stranger to the Hudson Valley – feels the perfect home is a combination of the old mixed with the amenities of the new. In other words, a home where doors are where they should be and the rooms are adaptable to family living and entertaining. 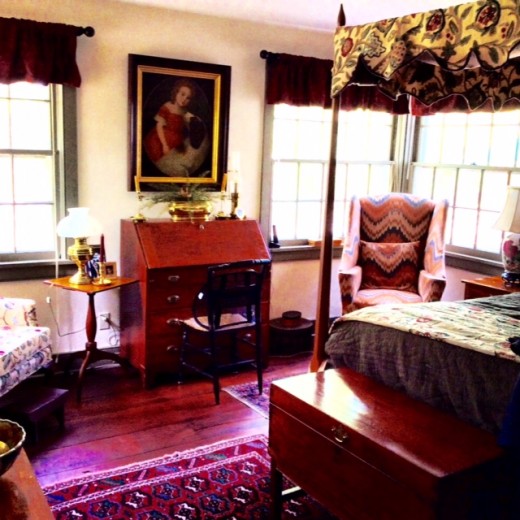 The light filled bedrooms are perfect for a Sunday cup of Coffee in bed.

As a friend I have enjoyed many an Event in Vickie’s sprawling five bedroom, four bathroom home. From political fundraisers, to charity events, to private gatherings, I have seen how easily caterers and guests alike have moved with ease throughout the home. It is rare to find a home that can comfortably accommodate 20-200 people yet still convey a sense of warmth. The numerous gas fireplaces throughout are a welcoming sight during the Fall and Winter months. From Spring to late Fall the two back terraces provide ample outdoor entertaining spaces. Sounds almost like a dream property doesn’t it? But I haven’t even mentioned the home’s must uniquely appealing asset: the natural landscape. Have you ever strolled through Central Park and noticed the huge natural rock formations featured throughout Fredrick Olmsted’s design? Well as luck would have it, the St. John home is built on the foundations of a former blue stone quarry. Recently, I showed my great friend John Suply a photo of Vickie’s back garden. As a landscape architect, he was enthralled with the property and its planting options. “A gardiner’s dream rock garden,” were his exact words. In addition to the terraces, the home features both a private drive with double attached garage and a semicircular public driveway for events. 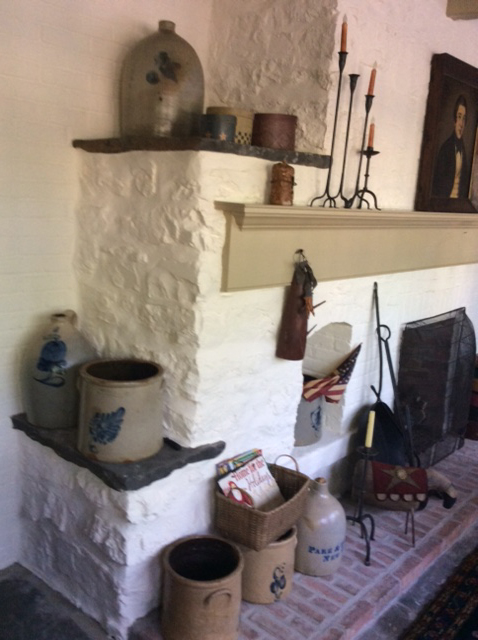 A mansion – with a park-like setting, terrific floor plan, and in a secluded neighborhood which affords totally privacy – sounds as if it must be located in a tucked away hamlet. Instead, this pristine gem is within walking distance to seasonal farmer’s markets, dining and shopping. Located on one of Kingston’s most appealing lanes, the St. John home is a perfect fit for weekenders or those looking to work from home. It’s a top of the line property where the interiors would just as readily welcome antiques as they would contemporary art. If you have ever thought of purchasing a turn-key home designed, restored, and updated by a recognized authority this is the house for you. Oh, did I fail to mention that this weekend Vickie is placing her latest project on the market? Never one to shy from new adventures, Vickie is ready for her next first-class project. I have one more surprise for you: the list price is $775,000! That’s right, you can purchase a 4,000 square foot home only 90 minutes from Manhattan for a fraction of the cost of a 900 square foot apartment. 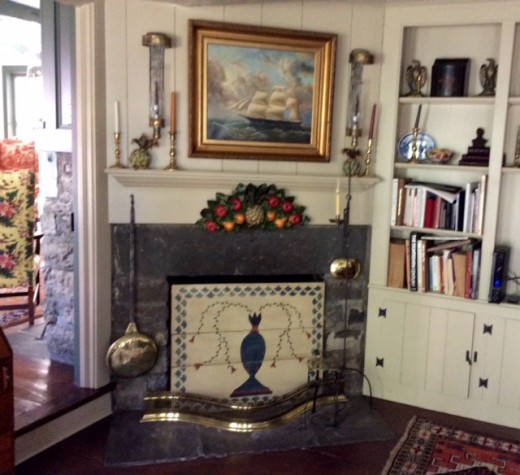 If I have not encouraged you yet to take a drive up the New York Thruway to Exit 19, then perhaps this house will. Having successfully listed her previous homes through Westwood Metes and Bounds, Vickie has again listed with her go-to agent Jeannine Simmons. Perhaps you might like to enjoy this weekend’s predicted glorious weather by coming up to Kingston. As I have said before, real estate is the game, and the buzz is in Kingston. Better shop now while bargains abound, as we all know once a buzz starts in a real estate market the noise just grows louder. 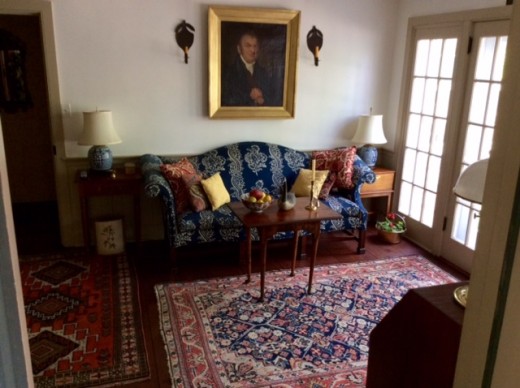 Cozy sitting nooks are plentiful throughout the home 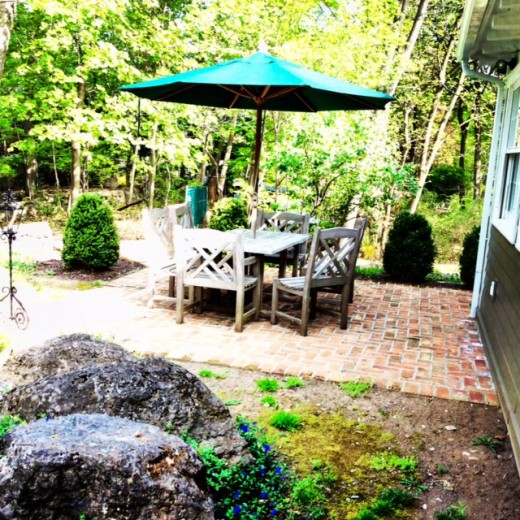