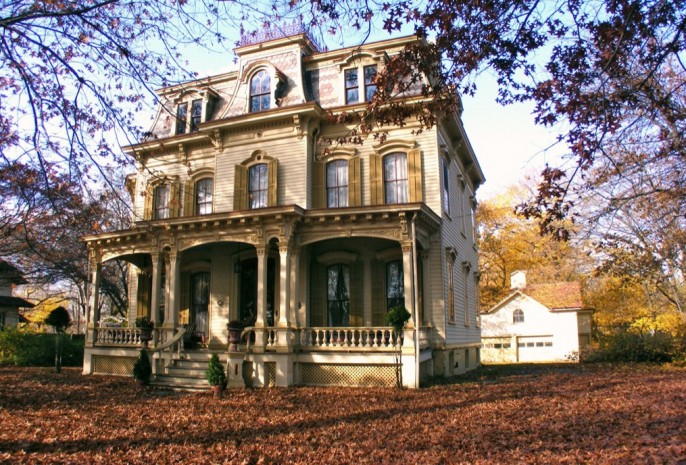 Ah, it’s a beautiful house. If your dream is to own such a work of art and you’re of modest means, Athens is the place for you. This Athens second empire is in town, but has three quarters of an acre so not too claustrophobic. The cool part about being in town is that you’re so close to the river — go ahead and row over to Hudson for your entertainment. The less cool part is that Franklin is a relatively main drag, though this is a bit out of the way so won’t feel like you’re in the thick of it. I love the outbuilding in the back — a great writing studio. The listing says it’s waiting for a final layer of polish after 30 years of restoration by the owner, which translates, per the broker, into this: “needs new mechanicals: furnace, electrical, HVAC, plaster repair, carriage house repair.” So, a fixer-upper ish.