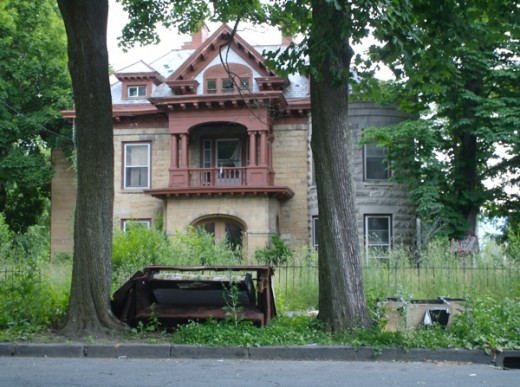 This home was featured on Upstater back in March. Now it seems, this home is in the city’s hands and neighbors were tired of seeing it look dilapidated. Many are worried that urban renewal will hit Newburgh again and tear down these irreplaceable homes. To enhance the neighborhood and the interest of buyers, community members organized a clean up mob to tidy up the property. 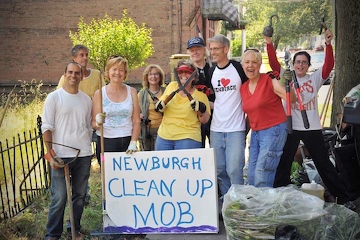 They brought weed-wackers, shovels, rakes, clippers, gloves, trash bags and a whole lot of fun. Even Mayor Kennedy showed up and stayed for the entire time. Garbage was moved to the road verge, clippings were bagged, branches were tied, recyclables were separated. Fifteen citizens in total made the effort a complete success. On Monday and Tuesday following the clean-up, the Department of Public Works picked up the garbage, trimmed the remainder of the lawn and secured the property with fencing and a No Trespassing sign. Now the property looks presentable and some possible buyers have been notified. Watch out for the next Newburgh Community Clean-Up Mob which will take place on Sunday, July 8, 10am at a location TBA at their website and Facebook Fan Page.

The home is still up for purchase, only now, you will probably have to go through the City of Newburgh. To see more pictures of the clean up check out Newburgh Restoration. 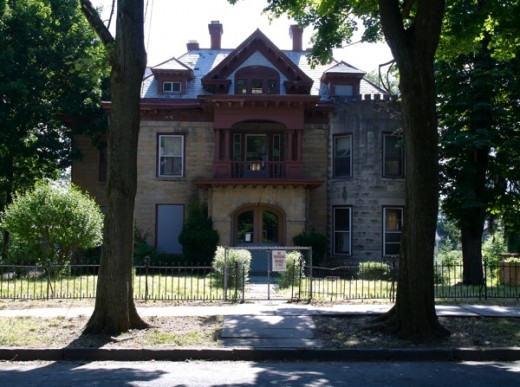